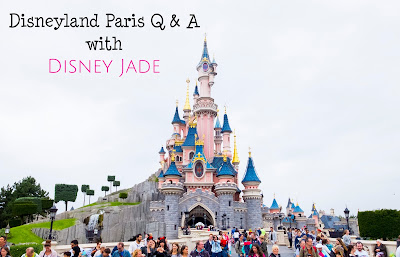 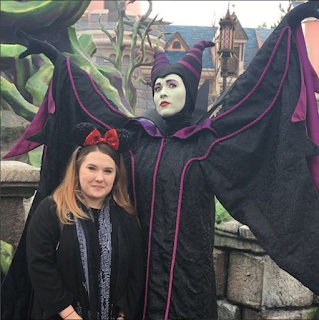 One of my goals for the Mouse Chick blog when I started in December, was to introduce guest voices to the blog. Today I’m lucky to be interviewing the lovely @disneyjade98 of http://disneyjade.wordpress.com/ about Disneyland Paris. Jade loves going to Disneyland Paris, so today I’m asking her about all her favourite things at the parks.

She is a Disney fan like myself, and she produces Disney tag posts, Disney wishlists and shares her experiences at Disney parks. Her latest post about Disney quotes is adorable, make sure you check it out here.

Let’s get onto the questions…

1. When was the first time you went to Disneyland Paris?


2. What is your favourite Disneyland memory?

This is a tough one, I have so many amazing memories and picking one is really hard aha. But possibly one of my favourite ones was during the 2015 Halloween soirée, I went to meet Donald and Daisy in their Halloween costumes.  Donald and Daisy are my favourite classic characters and the interaction I had with them was so special.

3. Which characters have you met? 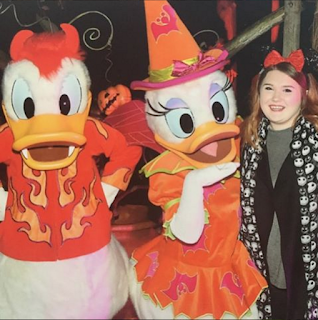 My favourite land is Frontierland.

I haven’t eaten at many restaurants actually in the park, but between the ones I have tried, I liked the Lucky nugget saloon – I think it’s called.

Another tough one, but I always seem to find myself on Pirates more than once every trip.

7. Which park do you prefer?

I have to say the main Disneyland park, it’s just simply magical in every way! 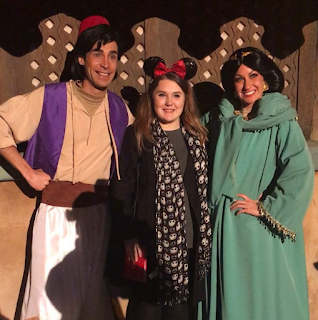 8. Have you stayed in any of the Disney hotels? If yes, which is your favourite?

I have only stayed in Sequoia Lodge, but I absolutely love it there!

9. Have you got any trips planned soon?

Yes. I am very lucky to have two trips planned. I’m going for my 18th birthday at the end of March and me and three friends are going at the beginning of July, as we will have finished all our exams.

10. Have you ever been to Walt Disney World, Disneyland or any of the other Disney parks?

No. I have only ever been to Disneyland Paris.

So that’s it, my interview with Jade. Be sure to check out Jade’s blog, there’s so much amazing Disney content. She’s also interviewed me about Disneyland Paris over on her blog, so be sure to check it out here.

Thank you so much to Jade for collaborating with me, it’s been a lot of fun, and thank you to the rest of you for reading my blog today.

Have a lovely weekend!