“Remember, you’re the one who can fill the world with sunshine.” 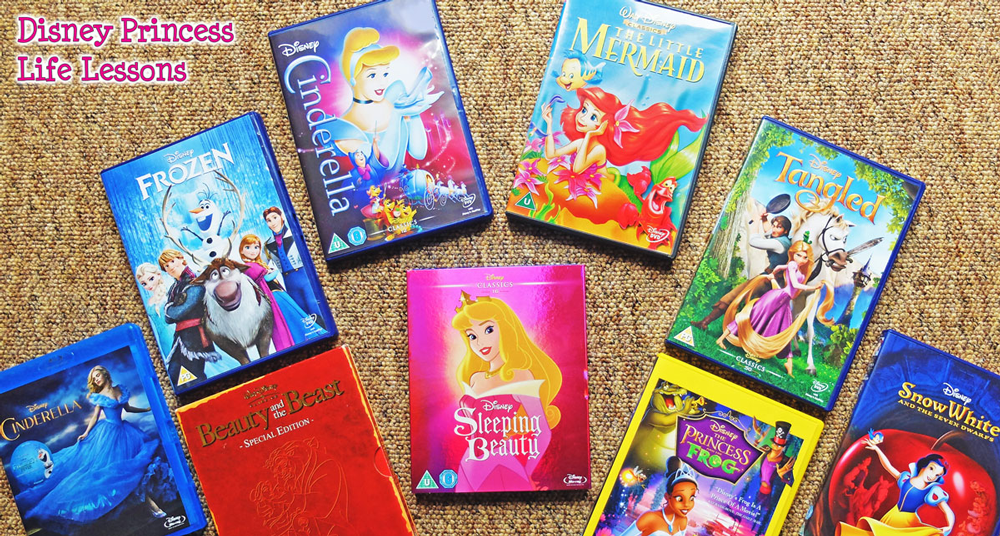 When I was younger, I used to spend hours watching Disney films, specifically the Disney Princess ones, and nine times out ten, I’d finish the films and say “Mum, I want to be a Disney Princess”. I used to look up to these characters so much and try to pretend what it’d be like to be them, especially Snow White.

Hannah of ‘Courage and Kindness’: http://www.couragekindness.blogspot.co.uk/

Hello! My name is Hannah and as you might be able to guess from my blog name, I’m ever-so-slightly obsessed with Disney’s live action Cinderella and this is who I will be talking about today!

In the film, Ella’s (Cinderella) Mother gives her the advice to “have courage and be kind”, advice that she says will see her through “all the trials life has to offer” and this is exactly what I believe we can learn from Ella. Throughout the film no matter how many difficult situations she faces, Ella always pulls through them by remembering to have courage and be kind. For example when she’s nervous about going to the ball on her own she calls on her courage and even when she faces great cruelty from her Step-Mother and Step-Sisters, Ella always remains kind. Because of this, Ella leads the most beautiful life of kindness and bravery. Although it would be very difficult for anyone to realistically be like Ella, (if someone tried to banish ME to the attic I’d kick off instantly!) there’s so many situations throughout life that remembering this phrase could help us through.

I believe Cinderella has taught us a very important lesson in both how to make the world a little brighter and how to face challenges in life.

Sam of ‘The Belle Jar’: http://thebellejarblog.blogspot.co.uk/

Hi! My Name is Sam, I blog over at The Belle Jar and I am a Disneyholic. When Kat asked me to contribute to this post, I jumped at the chance. There is so much stigmatism regarding Disney Princesses, especially the ‘classic’ ones – they are often spoken about in a negative manor in regards to children idolising their unrealistic expectations. I really hope this post can neutralise that.

As you can probably tell from my Blog name ‘The Belle Jar’, Belle is my favourite Disney Princess. There are so many things we can learn from her and her story.

A lesson I think everyone should take from the movie, and from Belle herself, is to never judge a book by its cover. If you don’t know someone’s past, you have no right to judge their present.  In the movie this applies two-fold. By not judging the Beast by his appearance, she was able to fall in love with his heart and mind. On the other hand, by not allowing herself to be cast under Gaston’s spell, Belle was able to see who the true monster really was.

For me, the most important thing anyone can learn from Belle – and frankly we should already know this, is FAMILY COMES FIRST. Above all else, Belle made all the sacrifices in aid of her father. She was willing to give up her life for her Father’s freedom and later on, willing to leave her new happy home and secret love to save her Father’s life.

What’s in a name…
Her name may be Beauty but I believe that has more to do with her self-less attitude and caring heart than her stunning appearance.

Jade of ‘Outside the Tower’: http://jadeoutsidethetower.wordpress.com/ 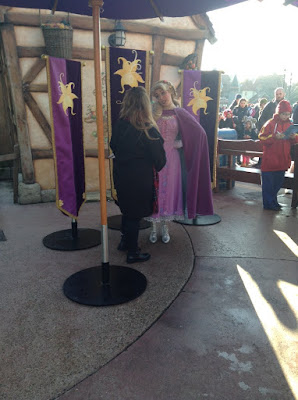 Hi, I’m Jade and if my blog name hasn’t already given it away, my favourite princess is of course

Rapunzel. This is mainly because I can relate to Rapunzel and she has made a big impact on my
life and how I now approach things.
For me one of the strongest messages conveyed in the film is to ‘live your dream’ no matter how silly or unachievable it may seem. Rapunzel’s dream of seeing the ‘floating lights’ seemed almost impossible for 18 years, but she never gave up. Even when her ‘mother’ was against the idea, Rapunzel didn’t let that hold her back. We can take from this that if it’s your dream, it really doesn’t matter what anybody else says or thinks, you live it!
Sometimes though achieving these dreams means you have to step out of your comfort zone or ‘tower’ in Rapunzel’s case, which can seem pretty scary for all of us. For a very long time, I never left my comfort zone and instead of going out I would stay home, inside. Even now I’m still slightly anxious about doing new things, but if Rapunzel never made that initial step outside the tower, she would have never achieved her dream, discovered the truth about who she was or found love with a former thief – two of which she wasn’t looking for. To me, it shows that something as amazing as living your dream can open so many more doors for you, even things you hadn’t imagined. It makes that first step even more worthwhile.

Jamie of ‘Once Upon A Blog’: http://onceupona-blog.com

Hi, I’m Jamie of ‘Once Upon a Blog’ and I want say a few words about Merida.
Merida is one of my favourite Disney Princesses. This is because she is the first Disney Princess who isn’t interested in marriage. Similar to Jasmine, she wants to make her own choices, but the difference is Merida wants the choice to marry when she wants, not just whom. She wants independence from her family, but she also has to learn that sometimes you still need a bit of help and advice. Merida is a great role model for young women to achieve independence, communication and the freedom to make their own choices in life, whether they want to get married and have a family, or follow their dreams of becoming whoever they want to be. 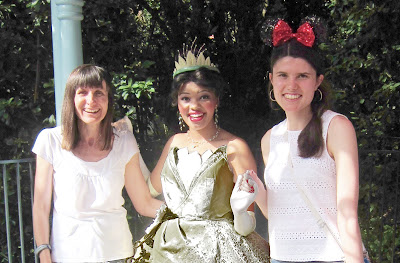 I consider myself a workaholic, so I feel Tiana is a rather fitting choice.
Now the Princess and the Frog is one of my favourite Disney movies, set in beautiful New Orleans. We learn in the movie that Tiana and her father have always dreamed of owning their own restaurant, and when he dies, Tiana is even more determined to let the dream live on and save up enough money.  She works all hours and even skips seeing her friends, just so she can earn an extra few pennies.  Without going into too much detail if you haven’t seen it, throw in a a Prince called Naveen, a Shadow Man, a frog, a transformation, and a jazz-playing Aligator, and suddenly Tiana’s world turns upside down. Through these events, she learns a lot about herself and after initially saying that “the only way to get what you want in this world is through hard work”, she soon starts to realise what she’s been missing out on and it’s important to have fun too.

I think we can all take something from Tiana: we need to work hard in life, but not to the extent where we miss out on the fun or memories that are happening in the present. I definitely need to take breaks more often and not bail on people because I’m studying; there’s more to life than being behind the books all of the time!

I really hope you’ve enjoyed today’s post.
Thank you to these lovely Disney ladies for contributing, it was so much fun putting this post together.

Thank you for reading my blog today.