Cosplay and DisneyBounding with Silvia Snow!

If you don’t know Silvia, you’re about to meet one of the most talented Disney cosplayers and DisneyBounders on YouTube. I found Silvia’s channel when I was searching for DisneyBound inspiration last Summer and back then, she’d not had her channel long (she started YouTube in May 2015). Over the past year, her channel has grown so much and as I’m writing this, she’s just reached 400 subscribers! I’ve been chatting to Silvia for a long time now and for today’s post, I’m going to be interviewing her about cosplay and DisneyBounding. She’s currently studying fashion and she’s a real expert at all things Disney dress up, so hopefully you’ll get lots of inspiration from her. Anyway enough of my rambling, let’s get to the questions! 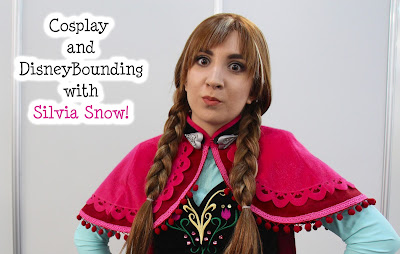 When did you first get into Cosplay?

I cosplayed for the first time ever 2 years ago. Last year I decided I wanted cosplay to be a bigger part of my life; so I got more into cosplay. I am very new to the cosplay world but this year I have big plans!

How long does it take for you to put together a Cosplay look?

I am a perfectionist, so it takes me a pretty long time to be honest. As I said, I am new, I am learning. Each cosplay gets a bit easier; you learn where to find the items you need, what kind of wig works best for you etc. The thing is, during these two years I’ve been really busy with University. Fashion Design is really hard, and you are extremely busy all of the time. So that’s why it took me months to put together my cosplays. I am talking in a past tense because that’s about to change, now I’ll be able to focus on cosplay a lot more. Some really exciting changes are coming to my life. But I’ll talk about that in a few months.

Do you ever make any of the outfits yourself?

I’m starting to! Now that I know more about sewing, I am starting to make my own cosplays. But I’ll keep buying some outfits because some costume makers are amazing. I love having a piece of their art!

Right now I am finishing my Rey (Star Wars) cosplay. I made all the clothing items and painted the gun. I am currently working on her staff, which will also be made by me.

I am also designing my own Disney Fett armor. This is basically a crossover between a Disney character and Boba Fett from Star Wars. Amber Arden created this idea; I thought it was brilliant. My idea is to be the Evil Queen Fett!

It was a non-Disney one! Rei Hino (Sailor Mars) from Sailor Moon. I am a huge Sailor Moon fan. I made most of the outfit!

Your live-action Cinderella cosplay is so accurate, you look just like Ella. How did you go about putting the cosplay together?

To be honest this cosplay was scary at first, but I love the live-action Cinderella so I knew I had to cosplay her. The dress Lily James wore in the movie is a piece of art; so I wanted a really special dress. I had to find the perfect costume maker. I did some research and finally found David McCarthy! His dresses are stunning and I love the fact that he always adds his personal touch to them. If you look at my Cinderella dress you’ll see the details he added; flowers on the top, a cape and he also did some changes to the skirt. But finding the perfect dress wasn’t the hardest part! That was the wig! My natural hair is very dark so I was afraid of blonde wigs, especially a wig with a hairstyle that shows the hairline. Luckily I found Anastasia Phoenix. Her wigs fit perfectly and look great! Also, I was in a rush so she made the wig really fast! This cosplay is like a dream, better than a dream. So I knew my first cosplay photoshoot had to be the Cinderella one. Now I know that photoshoots take the cosplays to a whole new level!

How did you first hear about DisneyBounding?

I can’t remember if it was thanks to Pinterest or YouTube. I think I first found a few DisneyBound looks on Pinterest and then I did some research; that’s when I found the entire Disney online community. From that moment I also started to watch a lot of Disney YouTubers. A year ago, I told myself: “I want to be a part of that”, and that’s how my channel started.

How is DisneyBounding different to cosplay?

For most “DisneyBounders” this question may be obvious, but I’ve seen a lot of people who don’t really understand the difference. To DisneyBound is to wear an outfit inspired by a Disney character, using regular clothing, not costume pieces. You take the colours and sometimes the shapes of a character and translate that into an everyday outfit. Well, when you are at the parks, it’s okay to wear accessories like Princess tiaras, Minnie ears etc. (I do that all the time!)

Cosplay is a totally different thing. I like to think of cosplay as an extreme costume. Most of the time it’s not about just wearing the same outfit as a character, it’s about being a real life version of the character. That’s just how I see cosplay.

The problem I’ve seen is when people don’t know where the Disneybound – Cosplay limit is. Some DisneyBounds are really extreme and sometimes they look like costumes. For example if you were Disneybounding as Alice, it would be a bit extreme to wear an apron. I’ve seen this before and I find it a bit confusing. Of course we are all free to do what we want, but this is just my opinion. 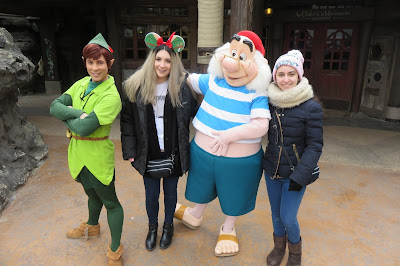 Have you found that you’ve had to buy lots of extra items for DisneyBounding, or can you create the outfits from your current wardrobe?

I’ll be honest, most of the time I buy most of the items. Yes, I could create DisneyBounds using what I have in my closet, but sometimes it’s a bit hard with some characters. It’s really easy to find in my closet an Eeyore DisneyBound but some characters have really bright colours that aren’t that common. Characters like Anna and Snow White usually require a bit of shopping, especially if you are new to DisneyBounding.
Also, in my case, I like to use new items for my videos. I don’t want people to see the same stuff in all of them. But, I am really proud of my Star Wars DisneyBound lookbook because ALL of the items were things I already had in my closet. 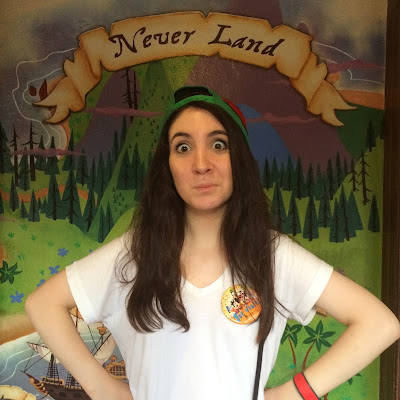 Where do you purchase DisneyBounding accessories from, such as custom ears and hats?

I really like the hats from ‘CakeWorthy’ and ‘Whosits and Whatsits’ (especially the Peter Pan ones, I’m obsessed). When it comes to ears, I really like a lot of Etsy sellers, but my favourite is Queen Ursula UK. Her ears are great quality and super sparkly, you’ll really… stand out from the crowd!
I also want to mention the buttons from ParkBound. These are pretty cheap and look great! A perfect accessory for your DisneyBound!

Who is your favourite character to DisneyBound as?

I really enjoy DisneyBounding as Ariel and Peter Pan. These two characters are my favourite ones to meet at the parks; I had great interactions with them. I love seeing how they react when they see my outfit. I also love fangirling when Peter Pan notices my outfit or accessories during the parades!

What tips do you have for first timers to DisneyBounding?

I think there are two great ways to start DisneyBounding. The first one would be to pick a character you really love, because you will have a lot of fun wearing the outfit. Love the character = Love the outfit.
The second way is to start with really recognisable characters. These are the ones people will notice the most. I feel really happy when people recognise the character and they tell me. These are characters like Ariel, Snow White, Minnie, etc. These are usually the ones that involve a lot of colour blocking.
But the most important thing is to have fun; DisneyBounding is about having fun with your outfits.☺
I hope you’ve enjoyed finding out a bit more about cosplay and DisneyBounding with Silvia. She really is incredibly talented. Click here to go to her YouTube channel.

Before you go, I thought I’d add a couple of other Etsy sellers that’d be perfect for a DisneyBound.
Floral Minnie Ears: Cheersearsxo
Jewellery: Alice Vitrum
Thank you for reading my blog today.
Love Mouse Chick ♡