In April 2015, I boarded a plane on my own for the very first time, from London Stansted to Berlin Schonefeld, for a whirlwind 48 hours in the German capital. You might be thinking, why decide to write about this now, a year on? Well not only was it an absolutely breathtaking city, it was the trip where I convinced myself that I can travel on my own, and the one where I found my love for budget travel. So what did I get up to when I had 48 hours in Berlin? Read on to find out more.

On the first day I got to the city about lunchtime, heading straight to Generator Hostel Berlin Mitte, where I was joining some University friends. The hostel was about 15 minutes walk from Friedrichstrasse, so it was relatively central. It would have been in East Berlin back in the eighties; Mitte was a Soviet-controlled area. 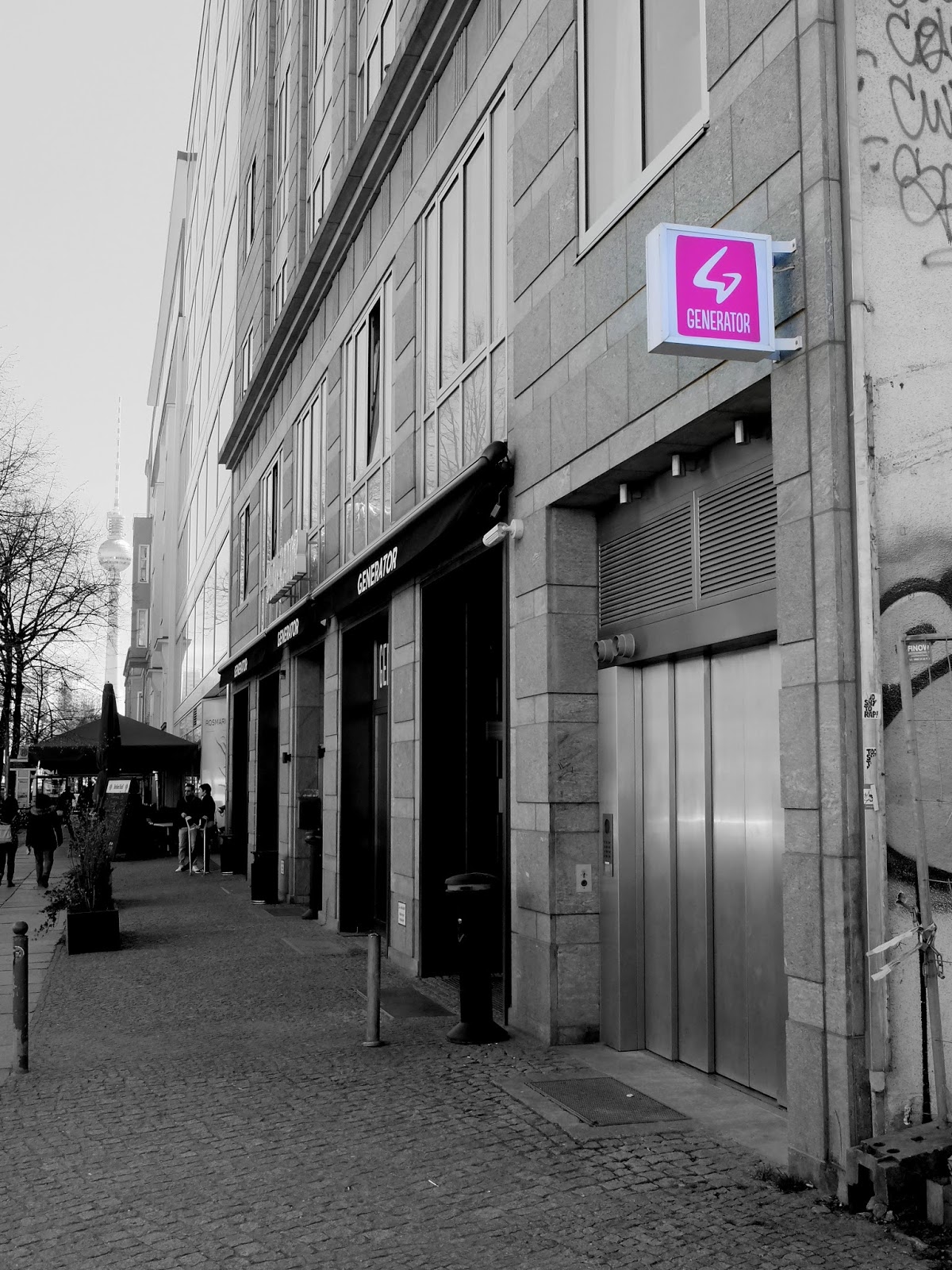 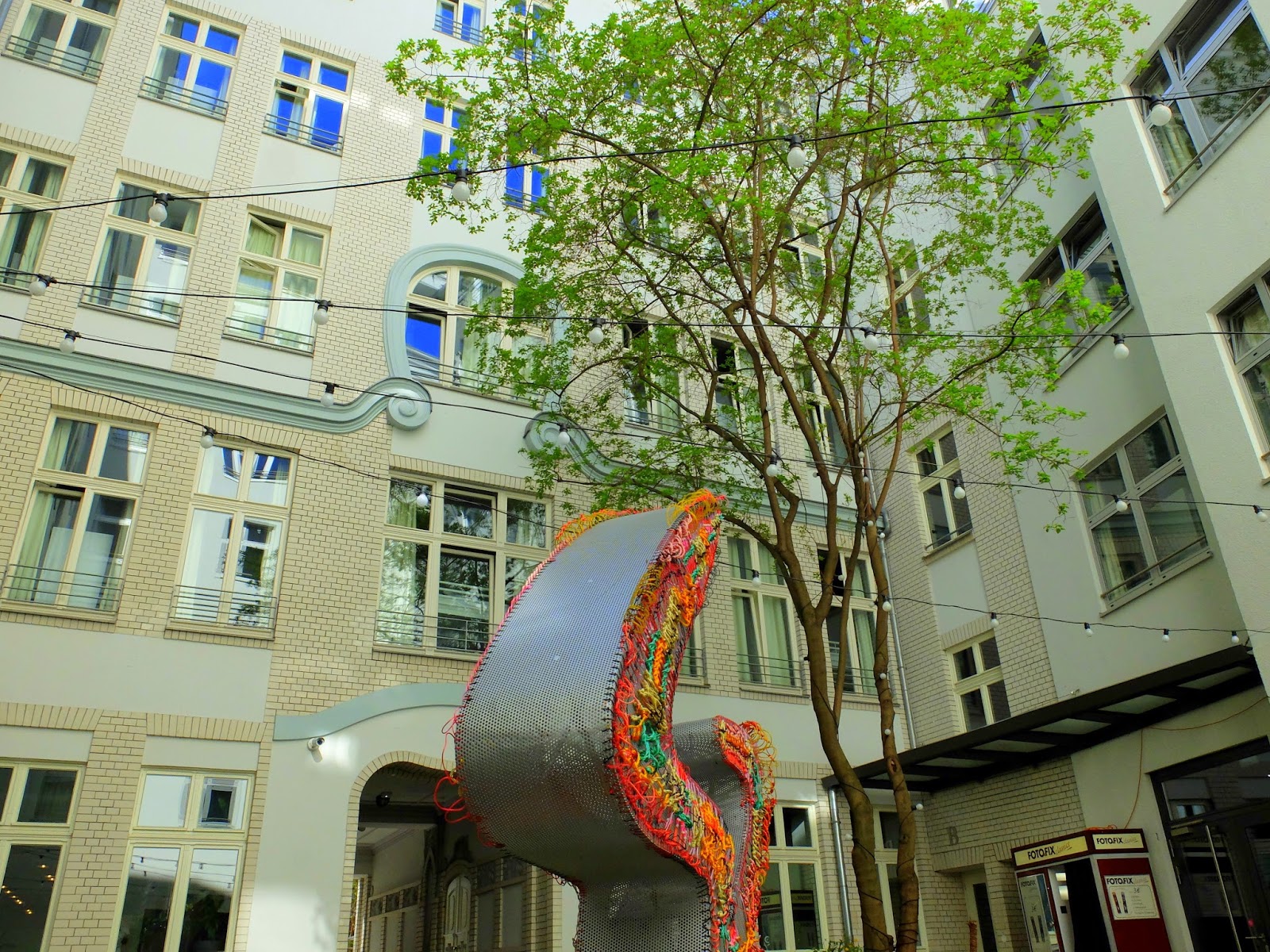 As soon as I dropped my bags off, we headed straight to the touristy areas. We saw the University, the TV tower, the book burning memorial, Checkpoint Charlie and some remains of the Berlin Wall. 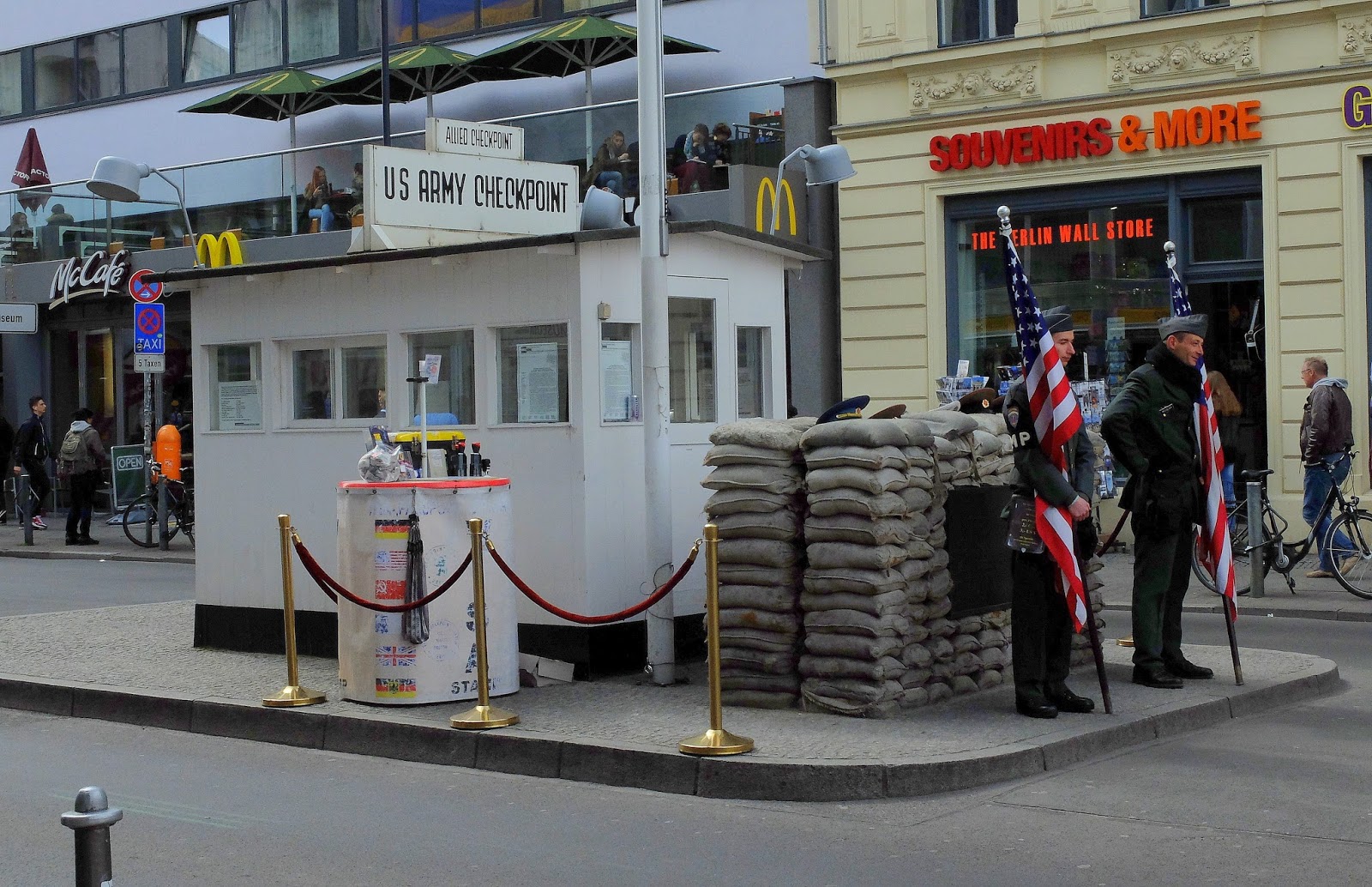 When you see Checkpoint Charlie for the first time, it’s a bit surreal. It’s just in the middle of a busy street and you’d never believe that this was the border between two conflicting nations. 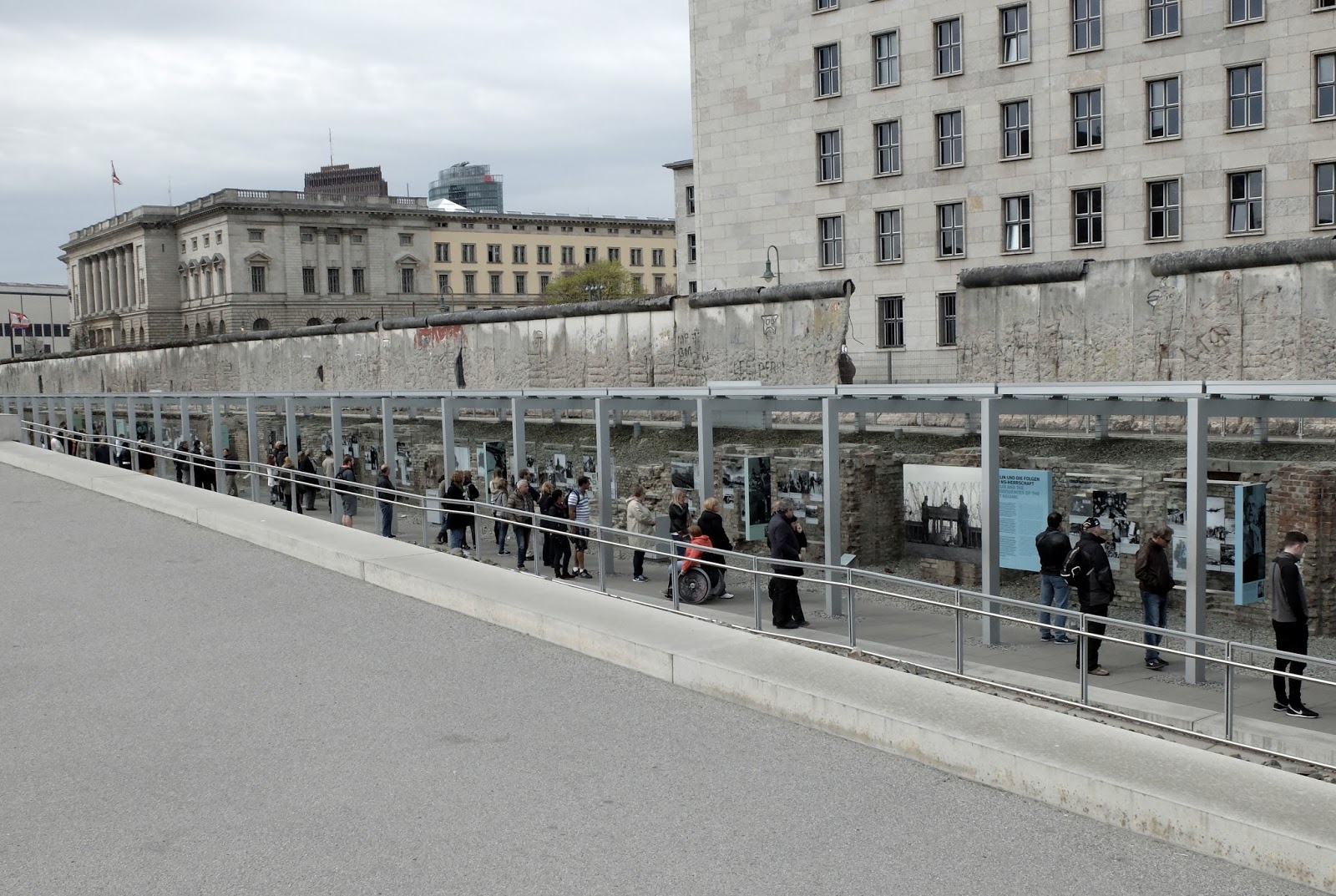 In the late afternoon, we spent some time at the Mall of Berlin, before heading out to Tommi’s Burger Joint in the evening. 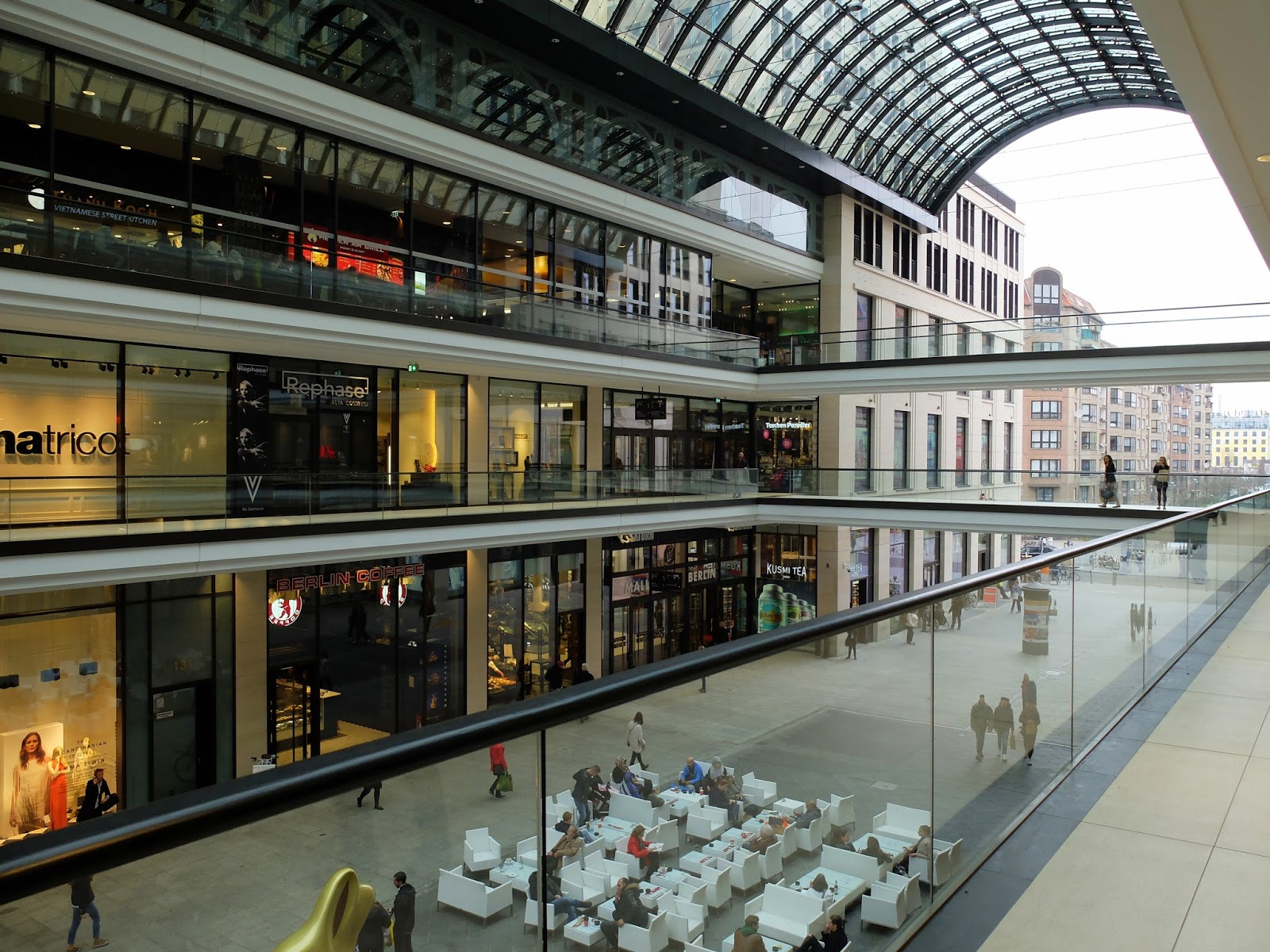 The food at Tommi’s was so yummy; I’d really recommend it. The only downside is the restaurant’s location, it was quite a way away from the hostel, but it was totally worth the walk there – especially as we were getting such good food at the end of it. 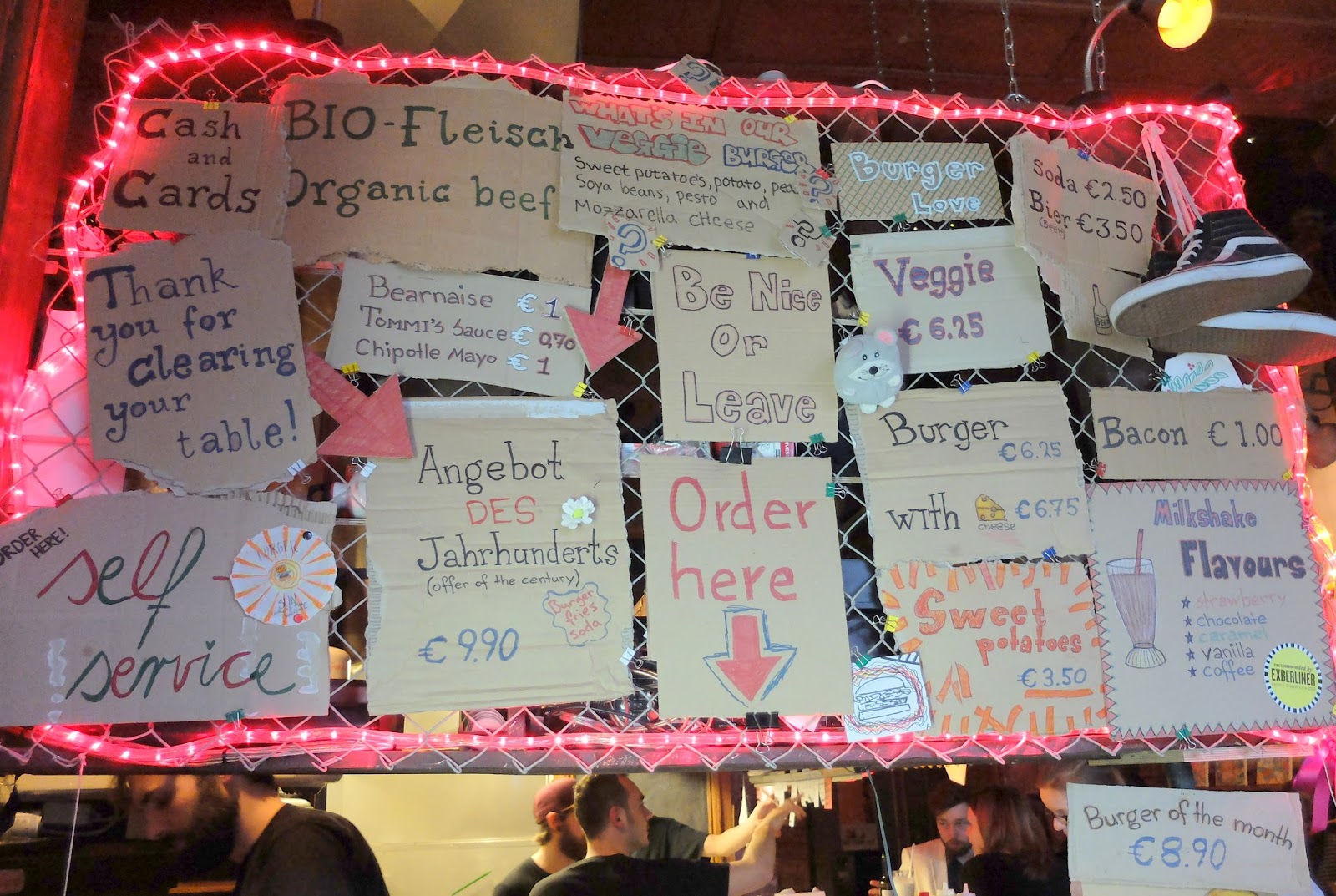 After eating, we headed back to the hostel, taking in Berlin at night on the way back. I took this photo of one of the side-streets and it’s probably my favourite photo of the trip. The fairy lights were just beautiful! 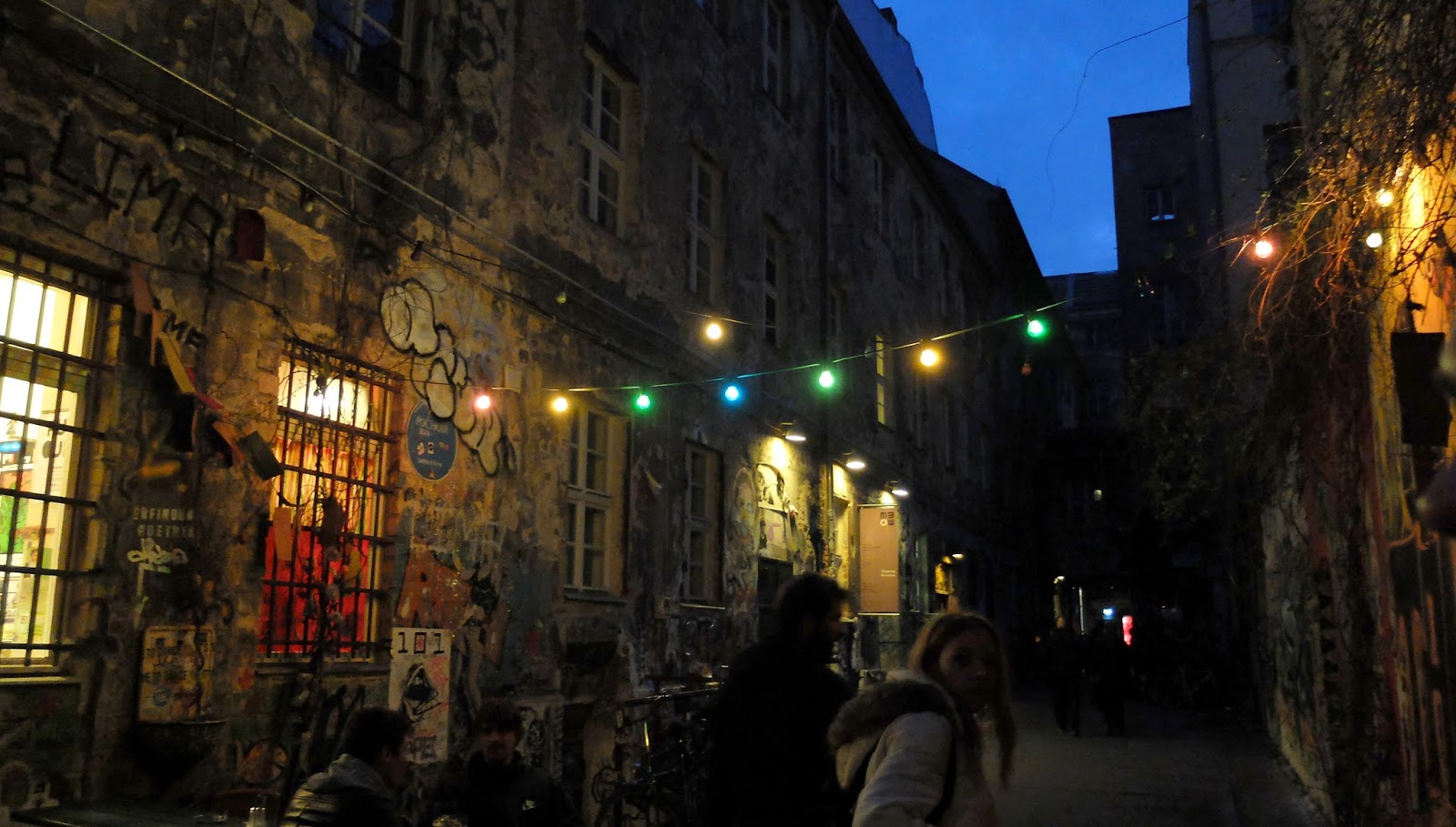 Day 2
On the second day, I explored the city on my own. My Uni friends wanted to visit Berlin Zoo and as I had such little time in there, I wanted to make sure I saw all of the historic sights instead. I started at the train station and headed straight for the Reichstag building! 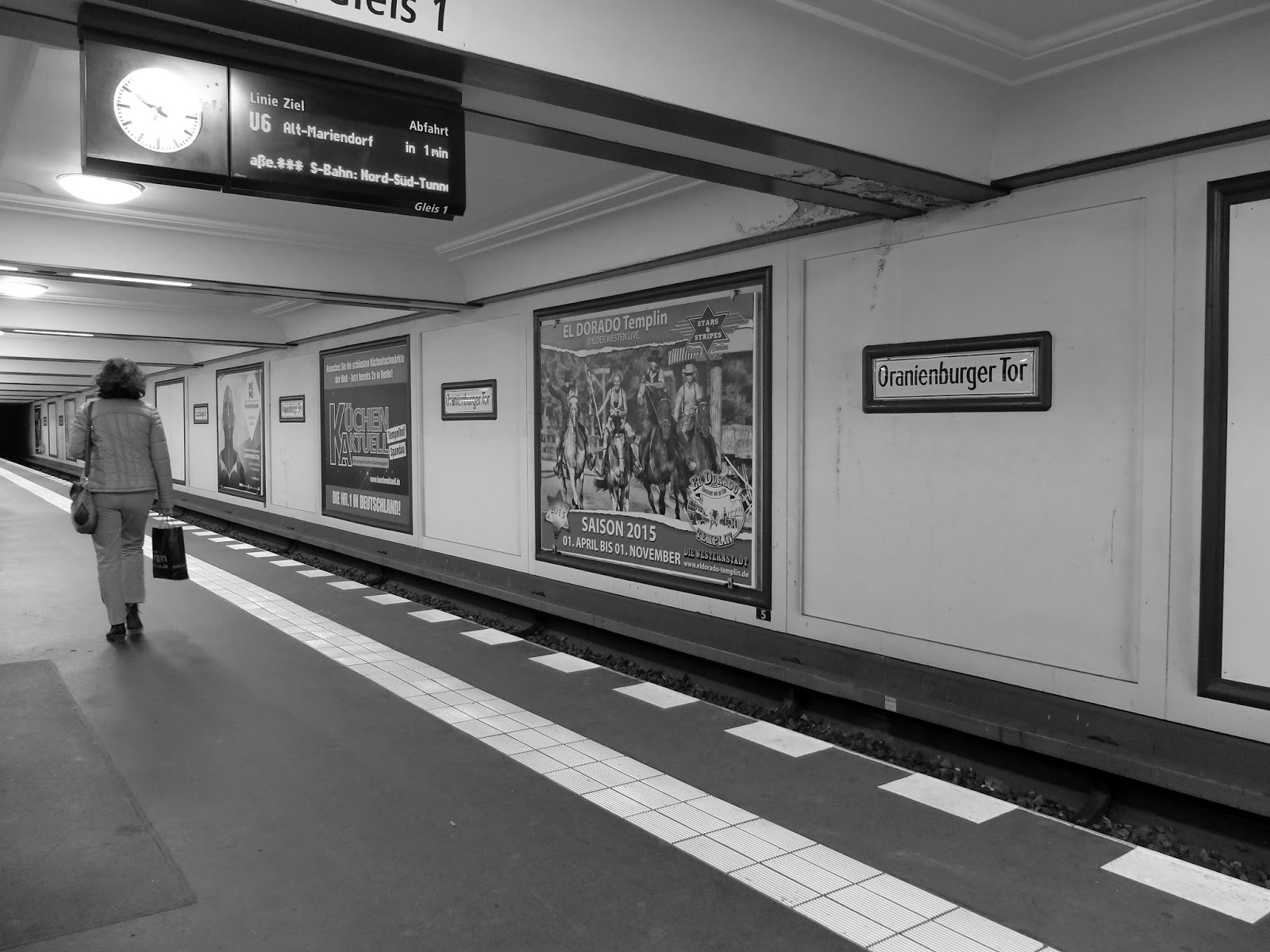 It was a beautiful day and despite a few school groups, there were relatively few people outside the Reichstag. It was so nice to just stand there, taking photos in the sunshine. You can actually go inside the building and up into the dome for a view of the city, but you have to book a few weeks in advance for that and I didn’t realise this till very close to my trip.

After the Reichstag, I headed to Pariser Platz for the Brandenburg Gate. It was just as magnificent as I’d seen in pictures. I stayed in the square for breakfast, grabbing a croissant from a German bakery and eating outside. 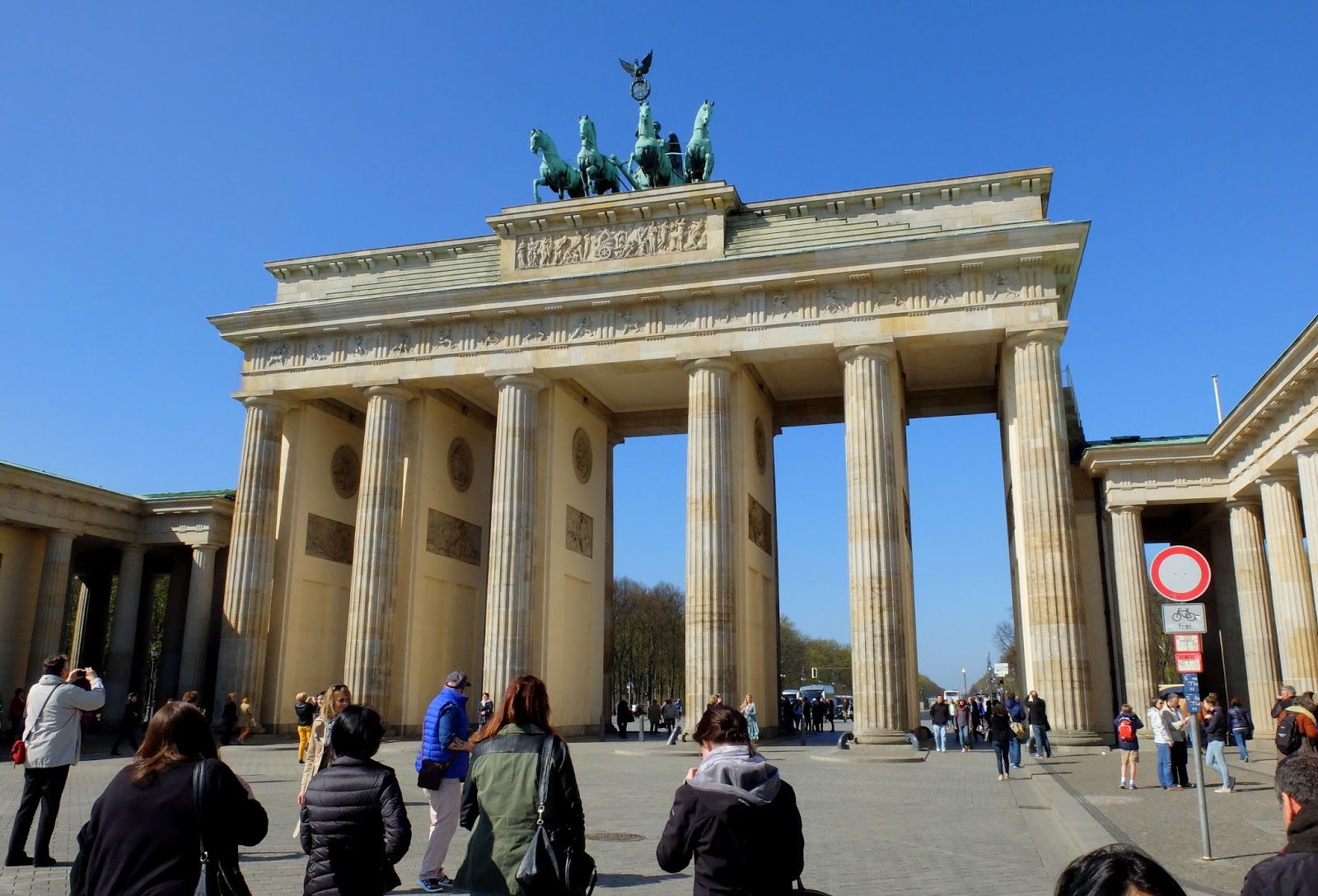 Next, I headed back to Checkpoint Charlie to visit the museum. My Dad had recommended the museum as a must-see in Berlin and although slightly expensive, it was so worth a visit. The most interesting thing was seeing how people tried to escape over the wall; they hid in cars in all sorts of different ways, so that they could cross to West Berlin. 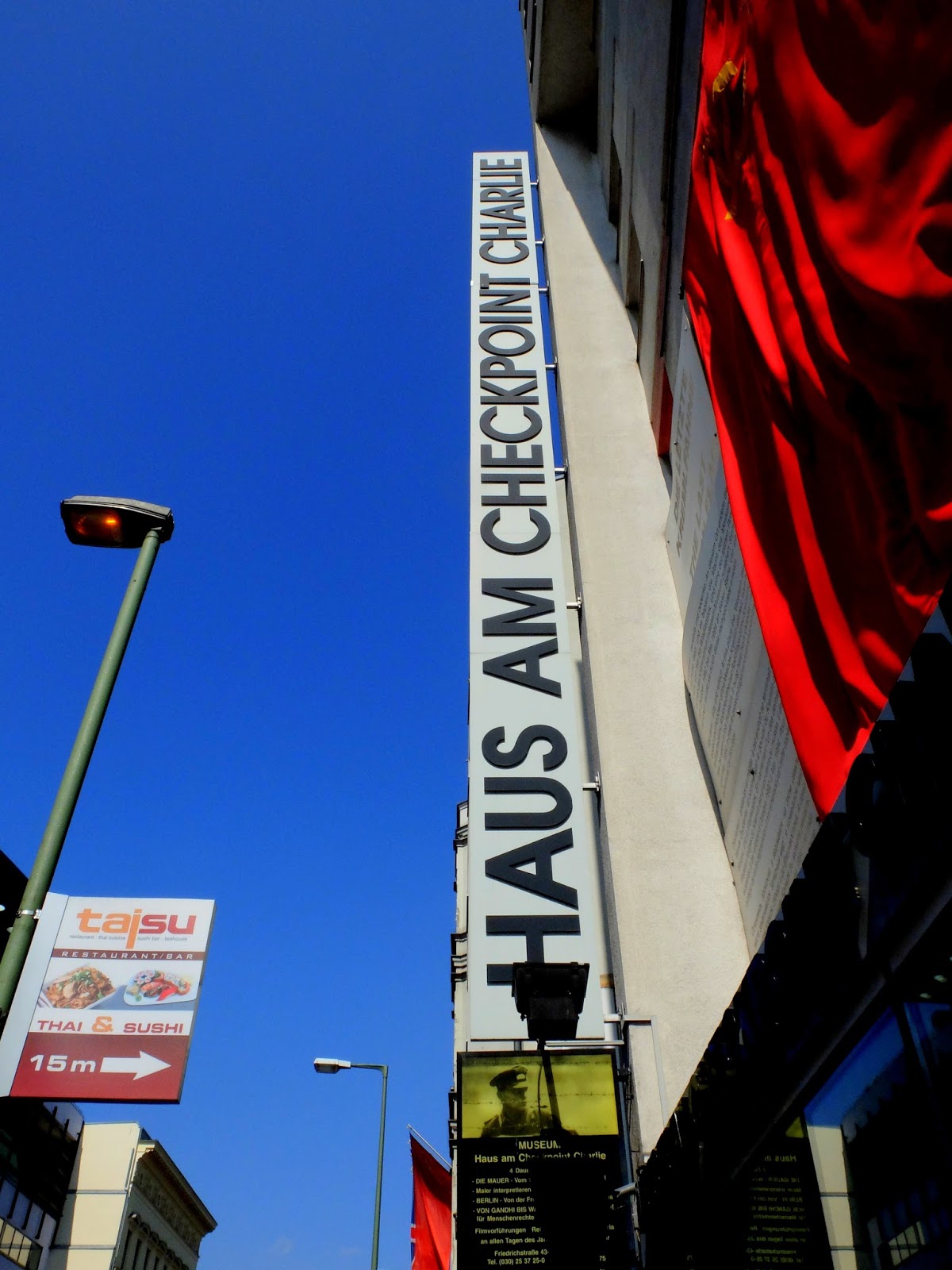 In the afternoon, I headed to the Jewish Museum. Reading about the victims and seeing what they went through was an upsetting experience. Although, you must go and see it if you visit Berlin, as it’s such an important part of history. If you have a student card, make sure you take it with you as the Jewish Museum tickets are only €3 with your University or College ID.

After the Jewish Museum, it was time for the Holocaust Memorial: a landscape of dark, solid blocks in the centre of the city. I wandered through the Memorial for a while in silence, paying my respects to those that lost their lives. 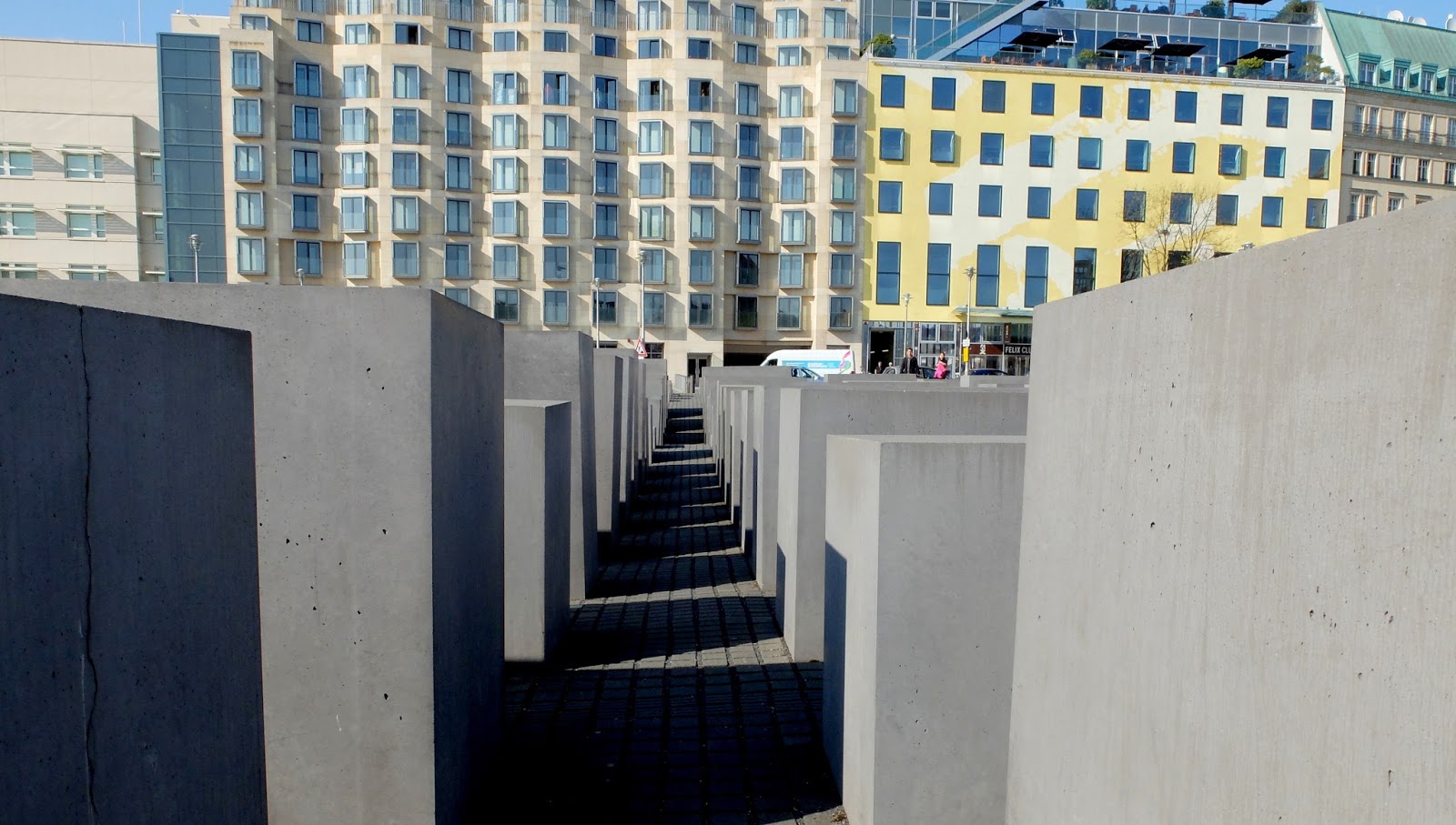 To end my solo day of exploration, I went to Microsoft’s Digital Eatery for cake. It was so nice to sit inside with wifi and a good cup of tea. 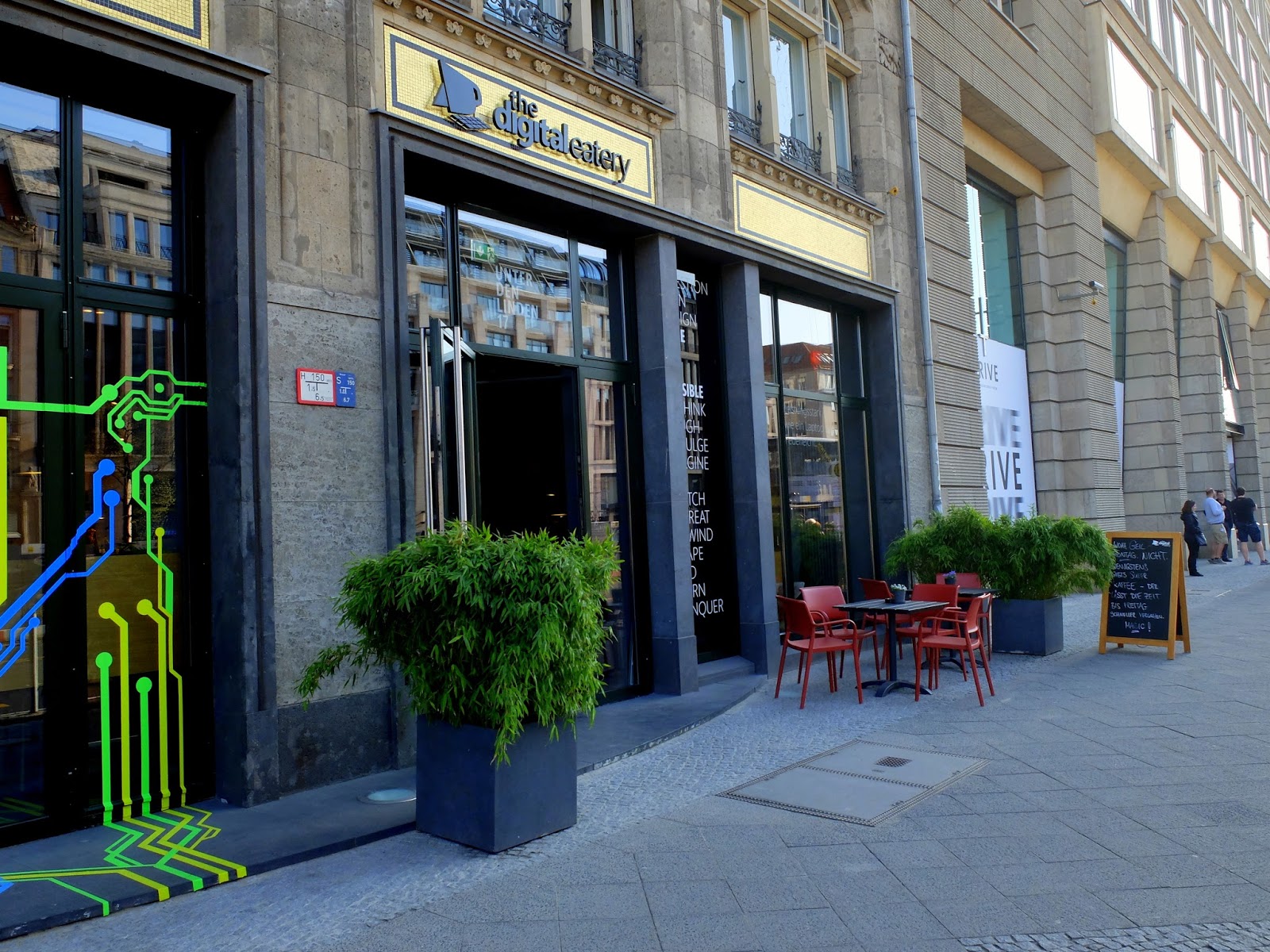 I finished the day at the hostel with my Uni friends, sipping cocktails and enjoying some Generator bar snacks.

My flight home was the next afternoon and before I headed to the airport, I strolled along Museum Island and by the canals. The canals were beautiful and a wonderful place to take photos. 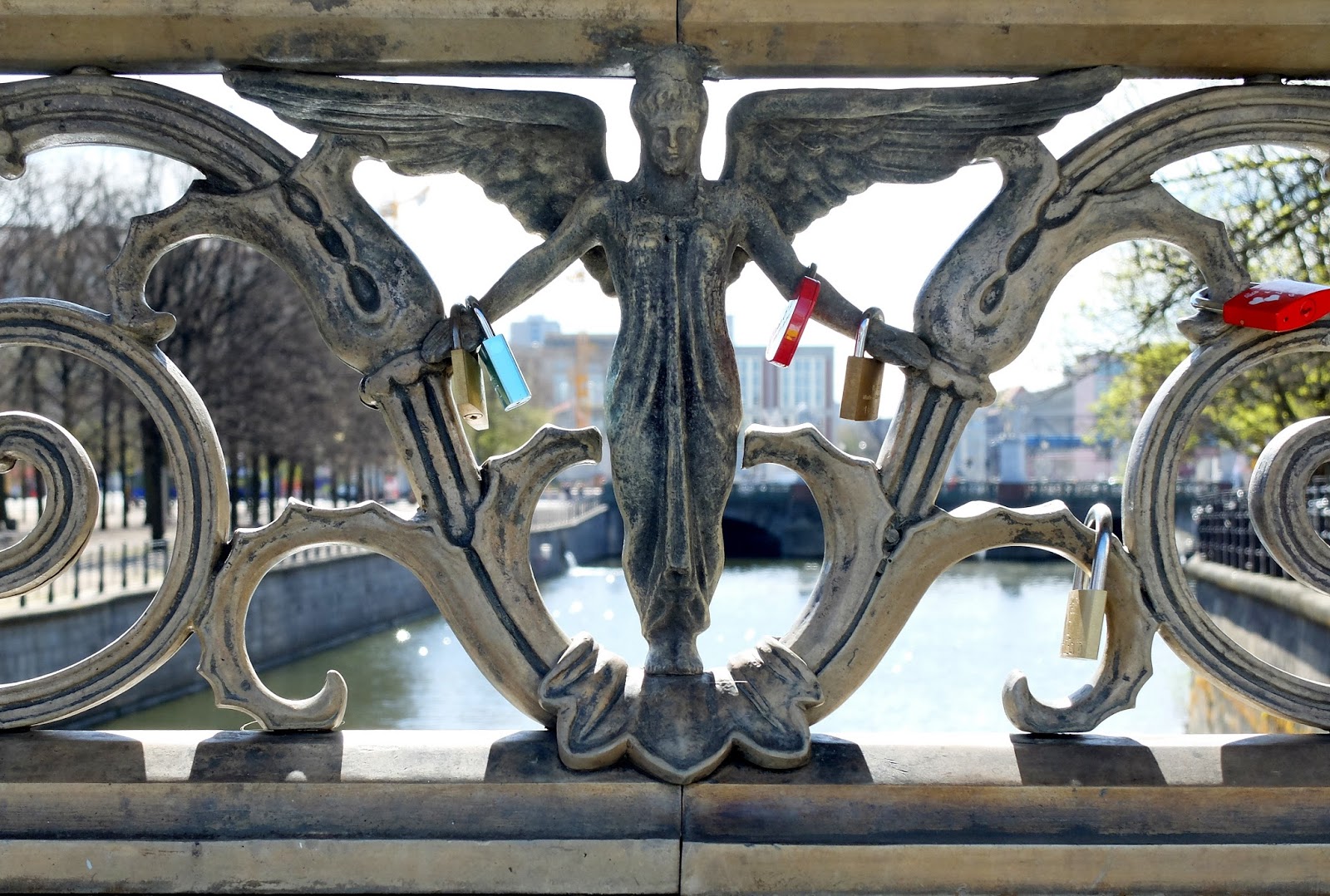 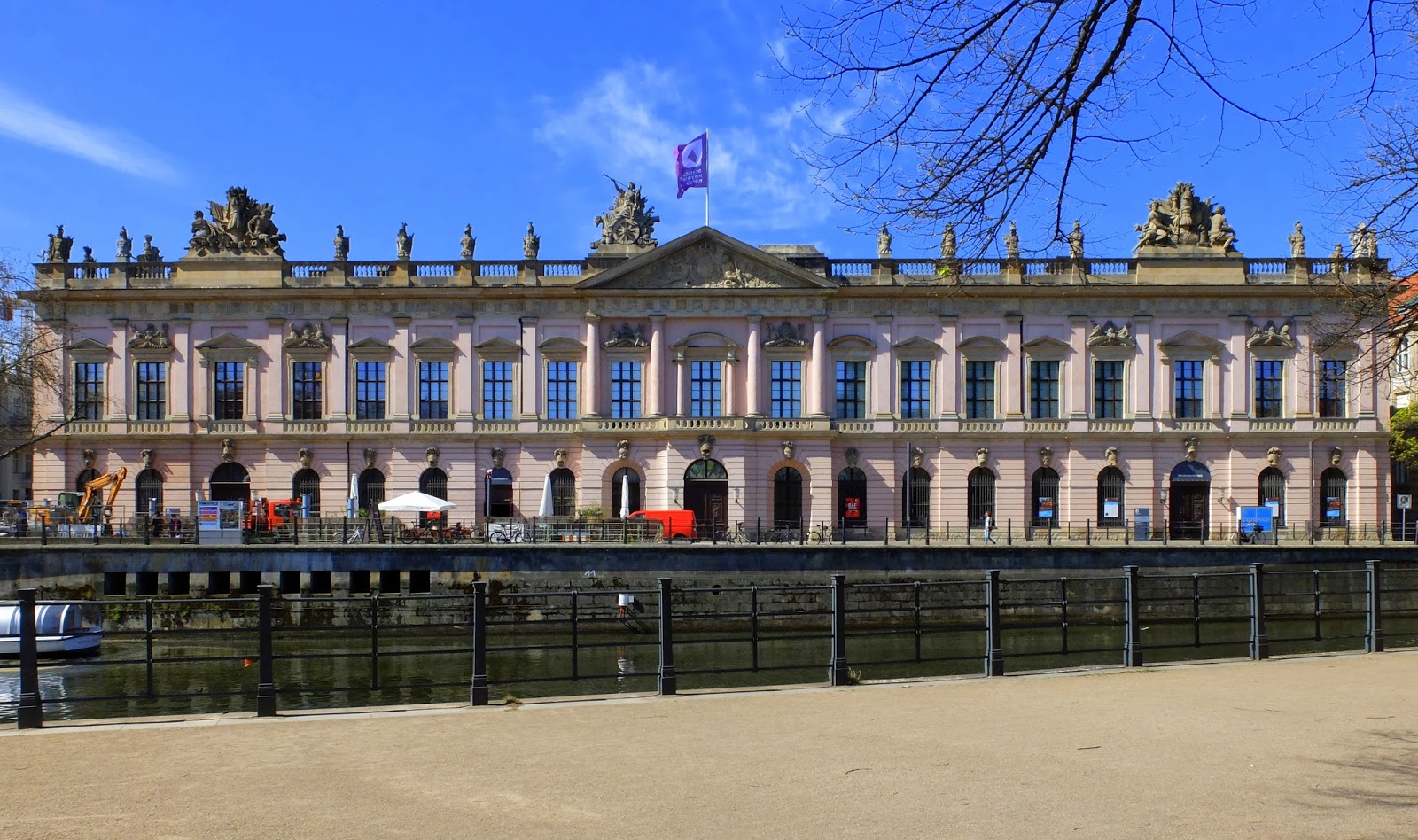 I really enjoyed my visit to Berlin, albeit short. It’s such a fascinating city and one of my favourites in Europe.
I can’t wait to go back in September as part of an inter-railing trip.
Thanks for reading my blog today.
Love Kat
xxxx