6 romcoms you should watch!

Aside from Disney, romcoms are my favourite kind of movie. They’re happy, often set in a cute place like New York and they usually have some great actors in them. Whenever I fancy a lazy evening, I just lay out on the sofa with a blanket and stick a romcom on. I thought I’d share my favourite movies in this genre on my blog today. 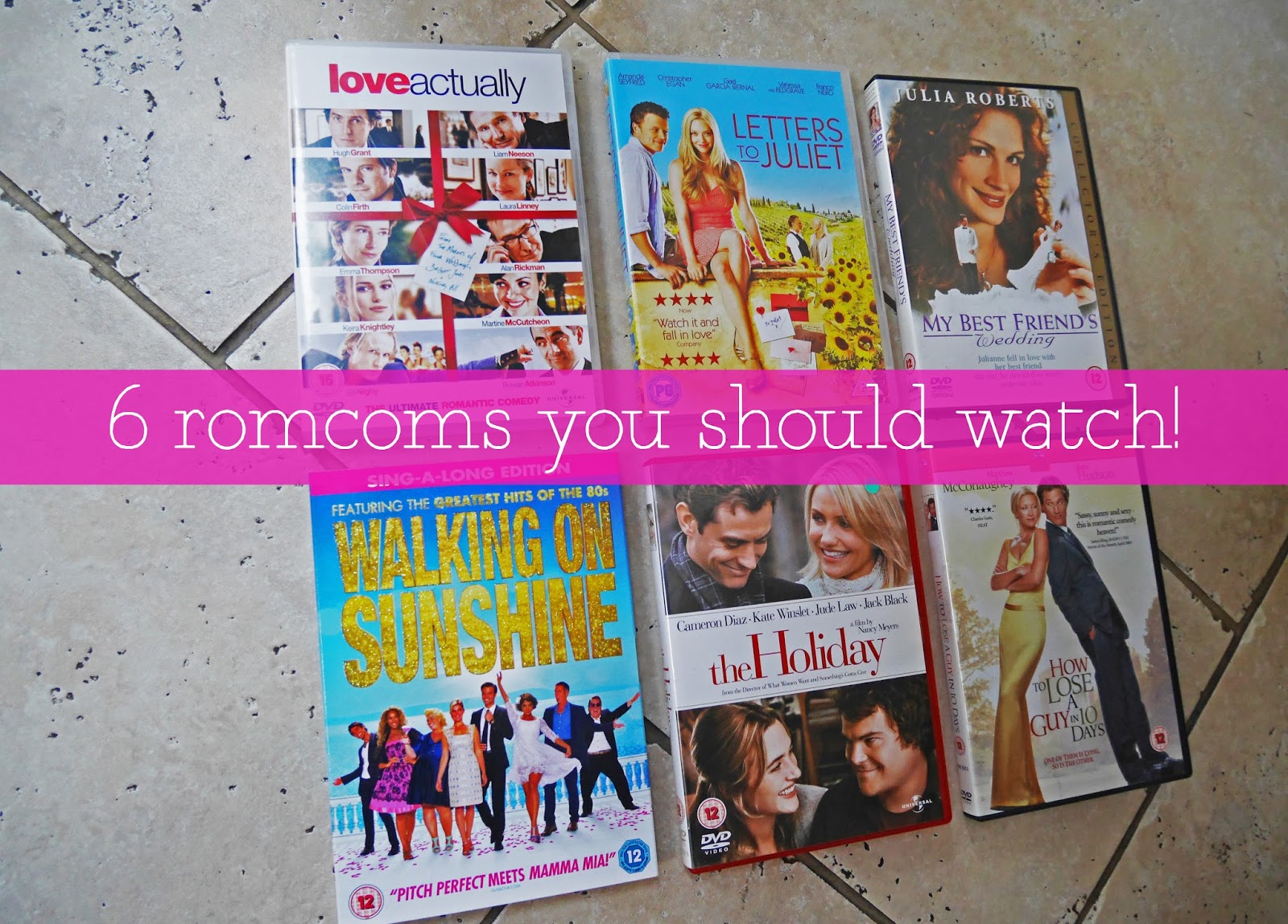 Of course this one had to be top of the list! It’s set in London at Christmas and features lots of intertwined love stories. My favourite part of the movie is the end of term show at the primary school, which in fact is what actually introduced me to ‘All I Want For Christmas’ by Mariah Carey. Christmas isn’t Christmas until you’ve watched this movie.

Set in Verona and with lots of references to Romeo and Juliette, Letters to Juliette is a beautiful, heart-warming film. Featuring an English grandmother (Vanessa Redgrave), her grown-up grandson (Christopher Egan) and an American fact checker (Amanda Seyfried), it tells the story of the grandmother’s hunt to try and find her lost love. I remember seeing this movie at the cinema when it came out and absolutely adoring it!

This was probably the first Julia Roberts film I ever watched and she’s brilliant in it! It’s a romcom about a complicated relationship and an upcoming marriage, starring Rupert Everett, Cameron Diaz and Dermot Mulroney alongside Roberts. The scene where they sing ‘I Say A Little Prayer for You’ is brilliant. Even though the film might not go the right way for every character, as you’d expect with a romcom, it all works out okay in the end!

This movie is the actual definition of sunshine! I’d describe it as an 80’s feature-length film version of Glee. In ‘Walking on Sunshine’, a Wedding’s about to happen in Italy, but not without a few former flames getting involved first. You’re guaranteed to want to sing-a-long when you watch this film; the songs are fantastic!

Another film set at Christmas time, two women (a Brit and American) switch houses for two weeks, after their respective relationships go horrifically wrong. During the house swap, they end up having a great time and by New Year’s Eve, things are a little different. This movie is on par with ‘Love Actually’ for me. It’s got Kate Winslett, Cameron Diaz, Jack Black and Jude Law in it and it’s guaranteed to make you feel very happy by the credits!

What are your favourite romcoms?
Thanks for reading my blog today.
Love
Kat
xxxx