Saturday morning in the Disneyland Park

At 6:30 am on Saturday 30th August, I was awake, the most lively I’ve ever been on a Saturday morning and excited for the day ahead in Parc Disneyland and the Walt Disney Studios park. As we were staying offsite, we could get into the parks from 10am, so after everybody was awake and had breakfast, we were all ready to leave at just after 9:15 am. We made it there for park opening (even after a few selfie and photo stops on the way) and got into the park with literally no queue at the ticket gates. 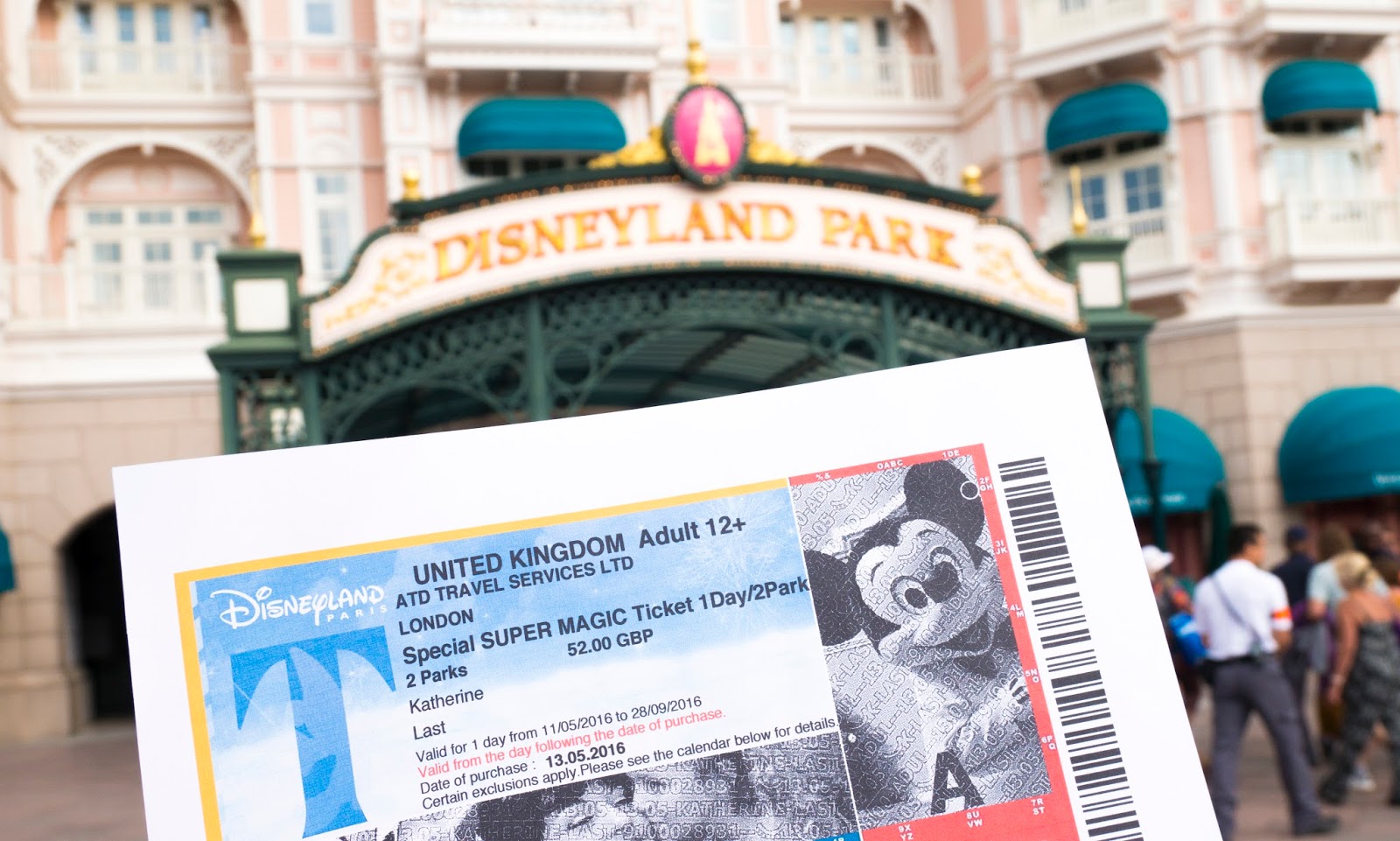 Knowing that we’d have time to explore Main Street later in the day, we headed straight for Buzz Lightyear’s Laser Blast in Discoveryland and picked up some fastpasses. We didn’t need them though as the wait time was only 5 minutes! We even managed to go on the ride twice before our fastpass slot, so we gave the tickets to a family nearby. 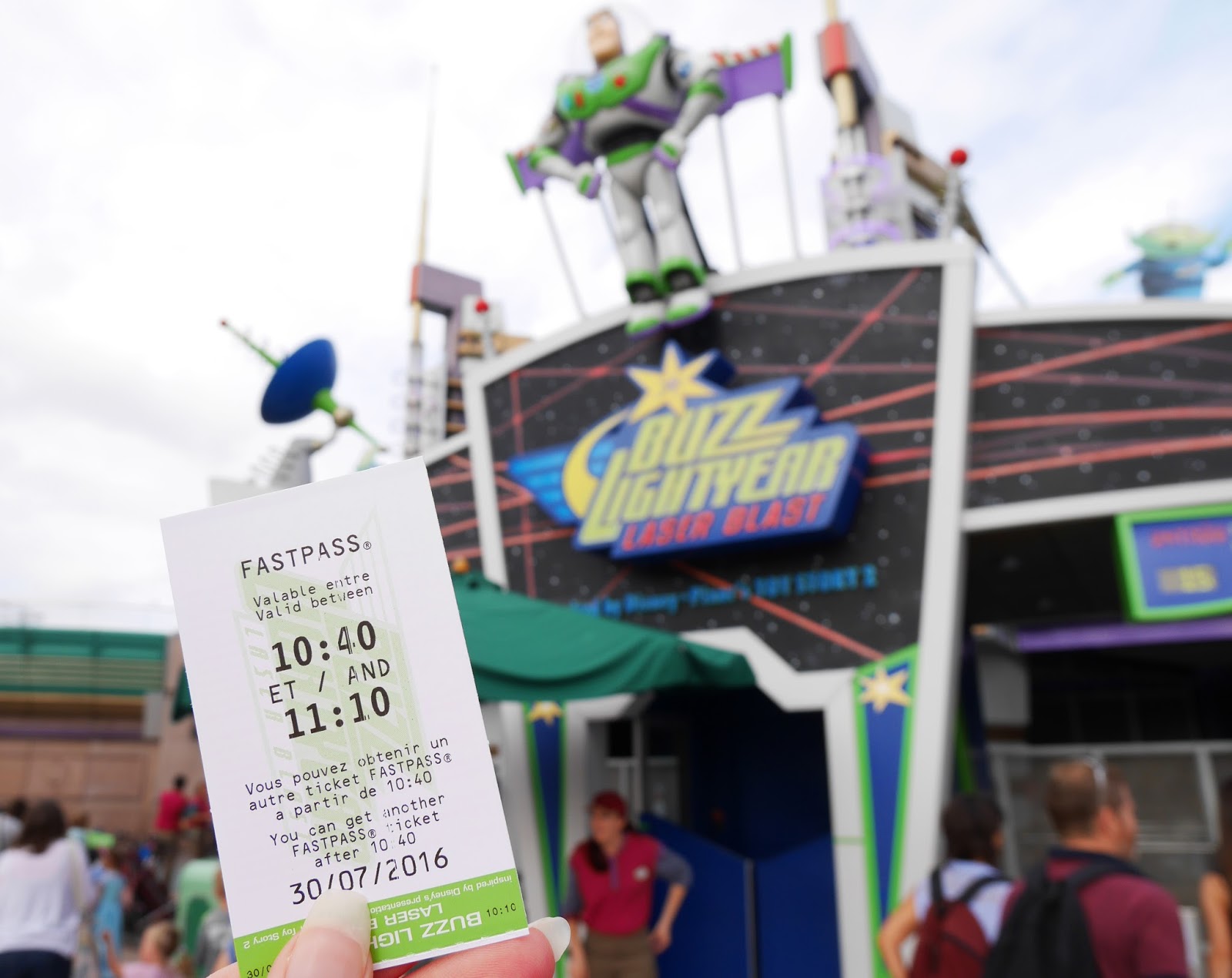 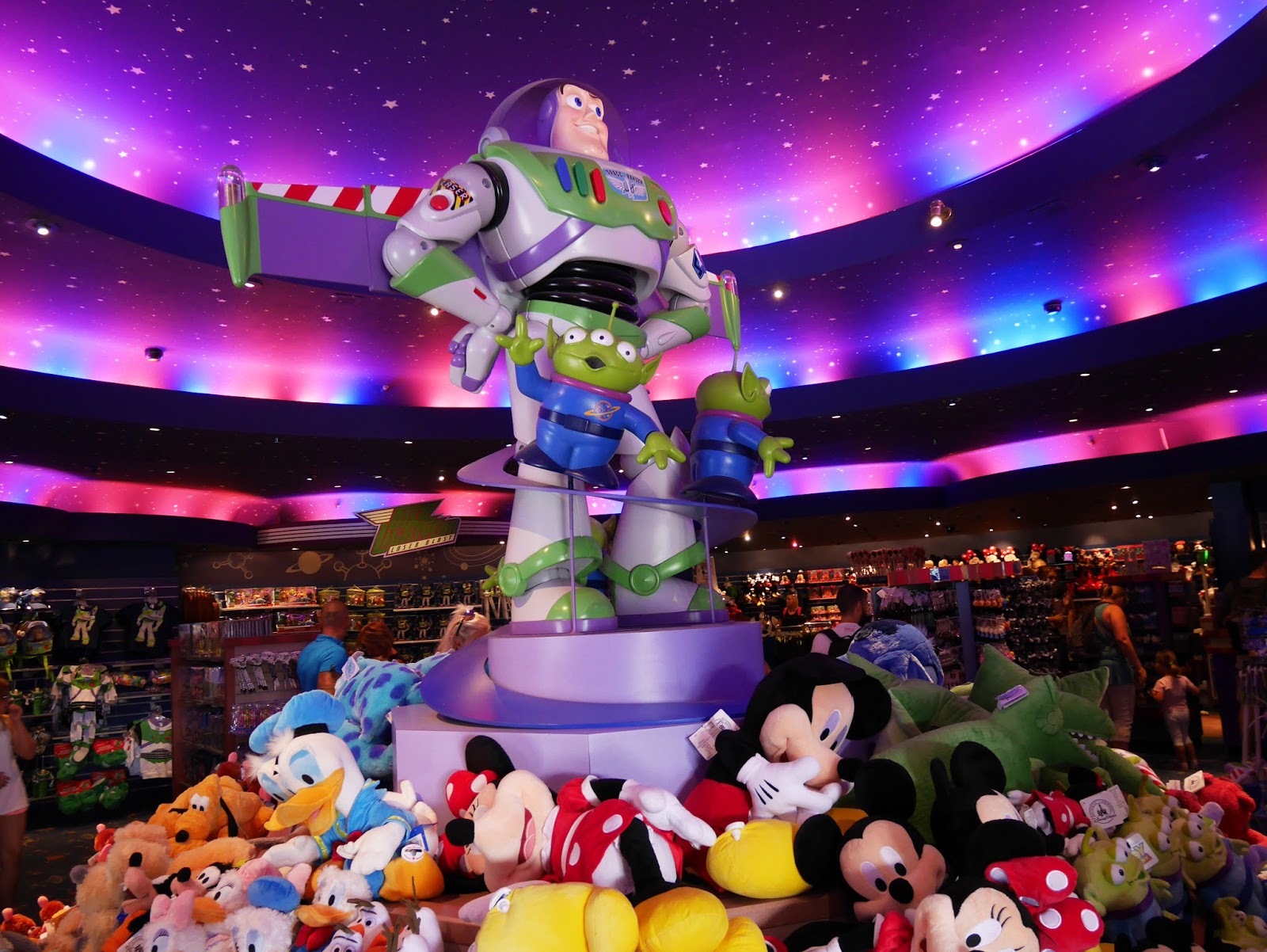 After Buzz, my Dad, brother-in-law and I all rode Space Mountain. It was my first time on the ride and it was amazing! The lighting effects inside the ride were so clever; I can’t believe it took me this long to finally ride it. It wasn’t anywhere near as frightening as I thought it’d be either. 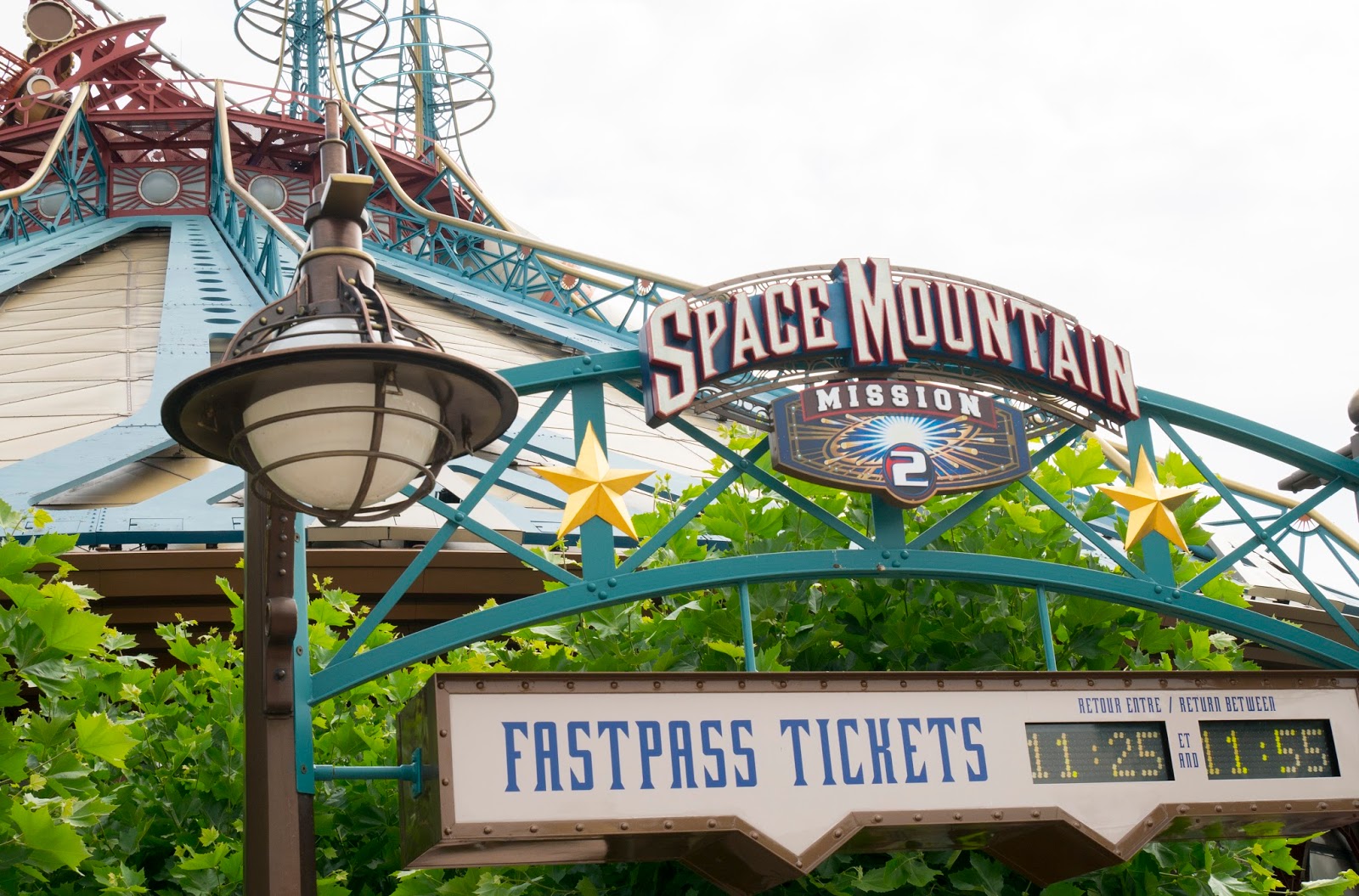 Next we headed to the Chaparral Theatre in Frontierland for the Frozen sing-a-long show. It was just us girls that saw it though; my dad and brother-in-law went on India Jones instead. 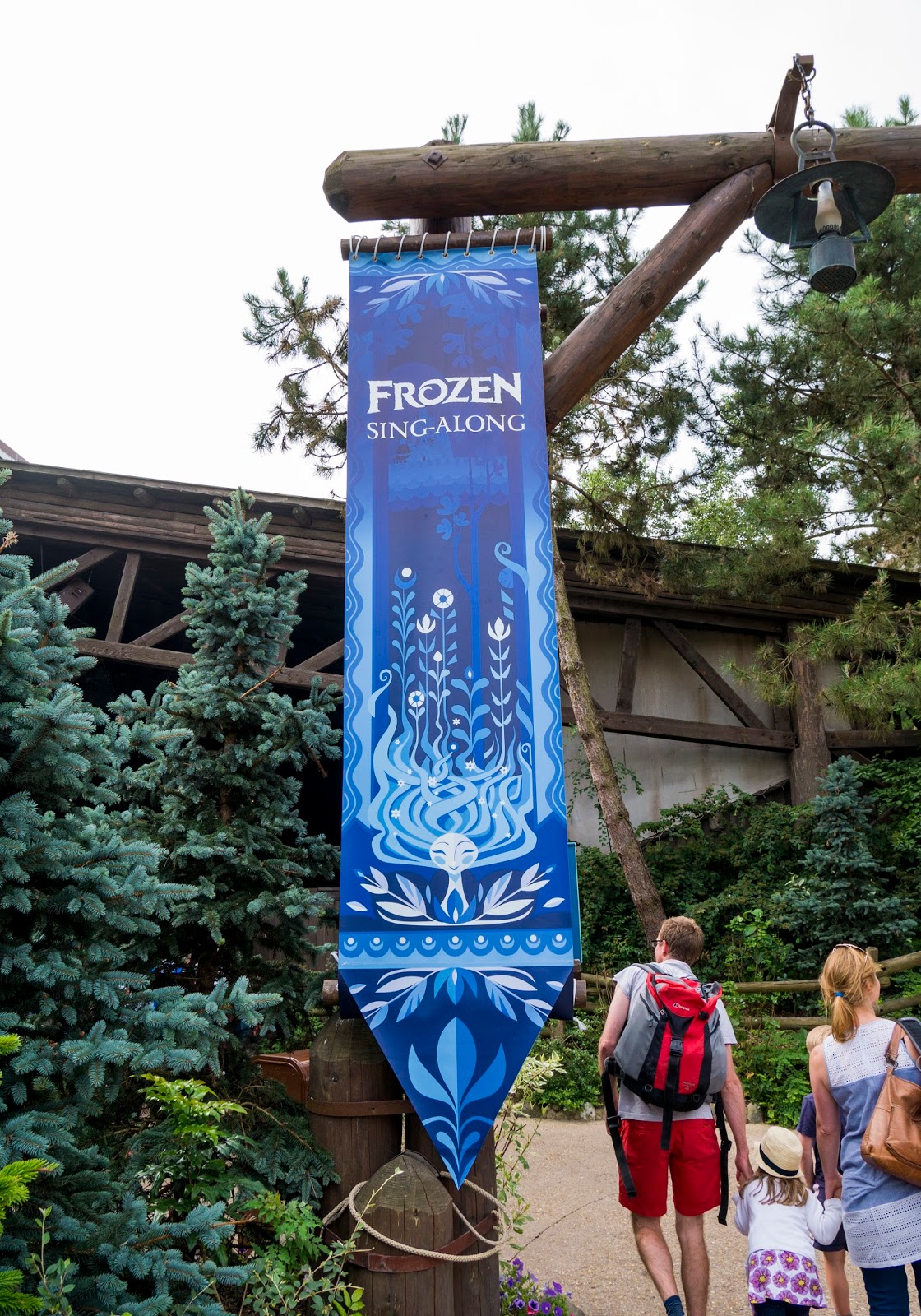 The show was beautiful and it was great to see Olaf, Anna and Elsa on stage. The snow at the end was a great finishing touch! 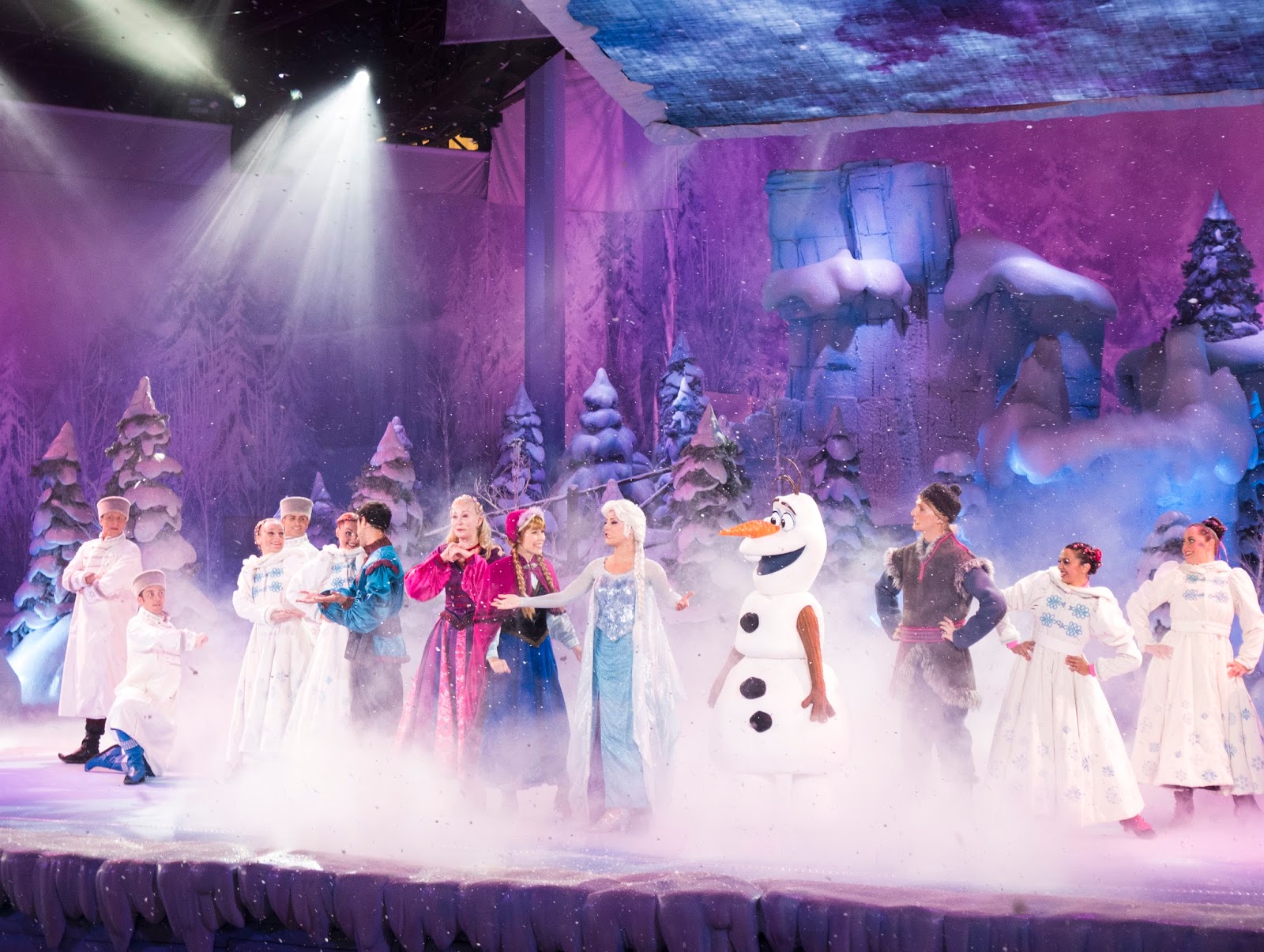 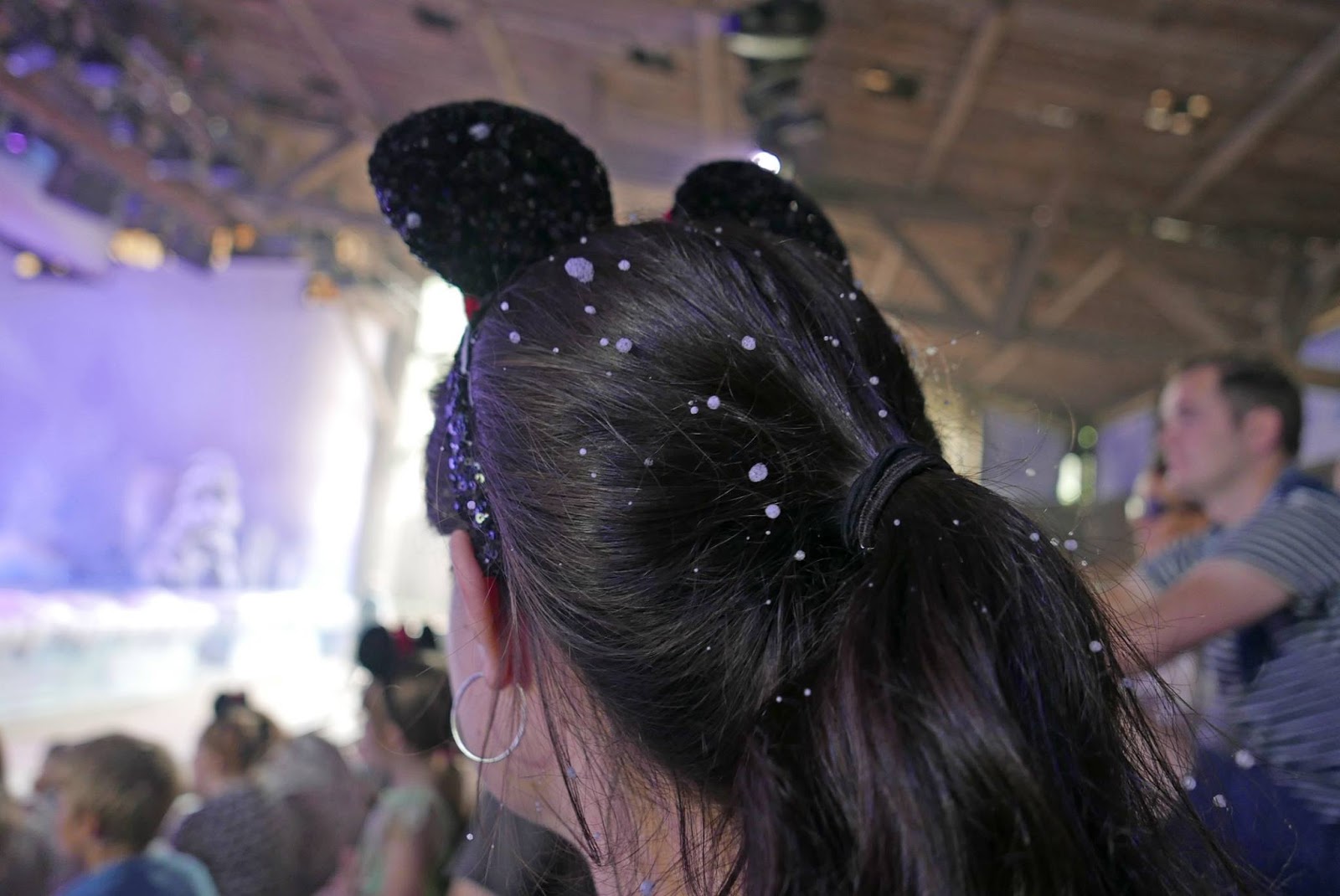 After the show, we strolled through the mini Arendelle that they’ve made, where Frozen merchandise is on sale. I’d be lying if I said I didn’t want the Anna and Elsa dresses to be available in adult sizes, they’re so beautiful! 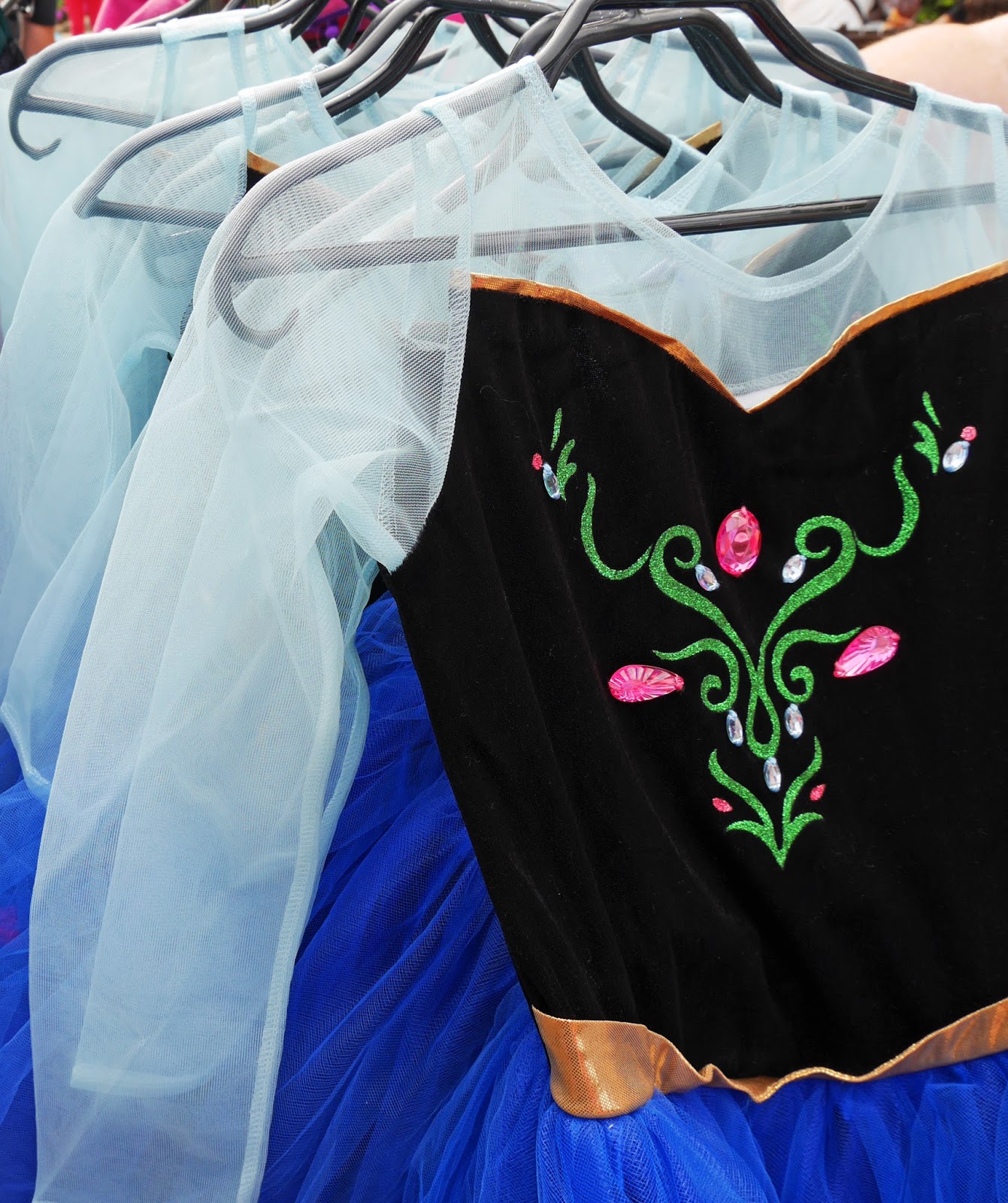 Phantom Manor and Pirates of the Caribbean were our next attractions of the day. Phantom Manor had a much longer queue that anywhere else, but as it’s a Disneyland classic, we had to go on it! 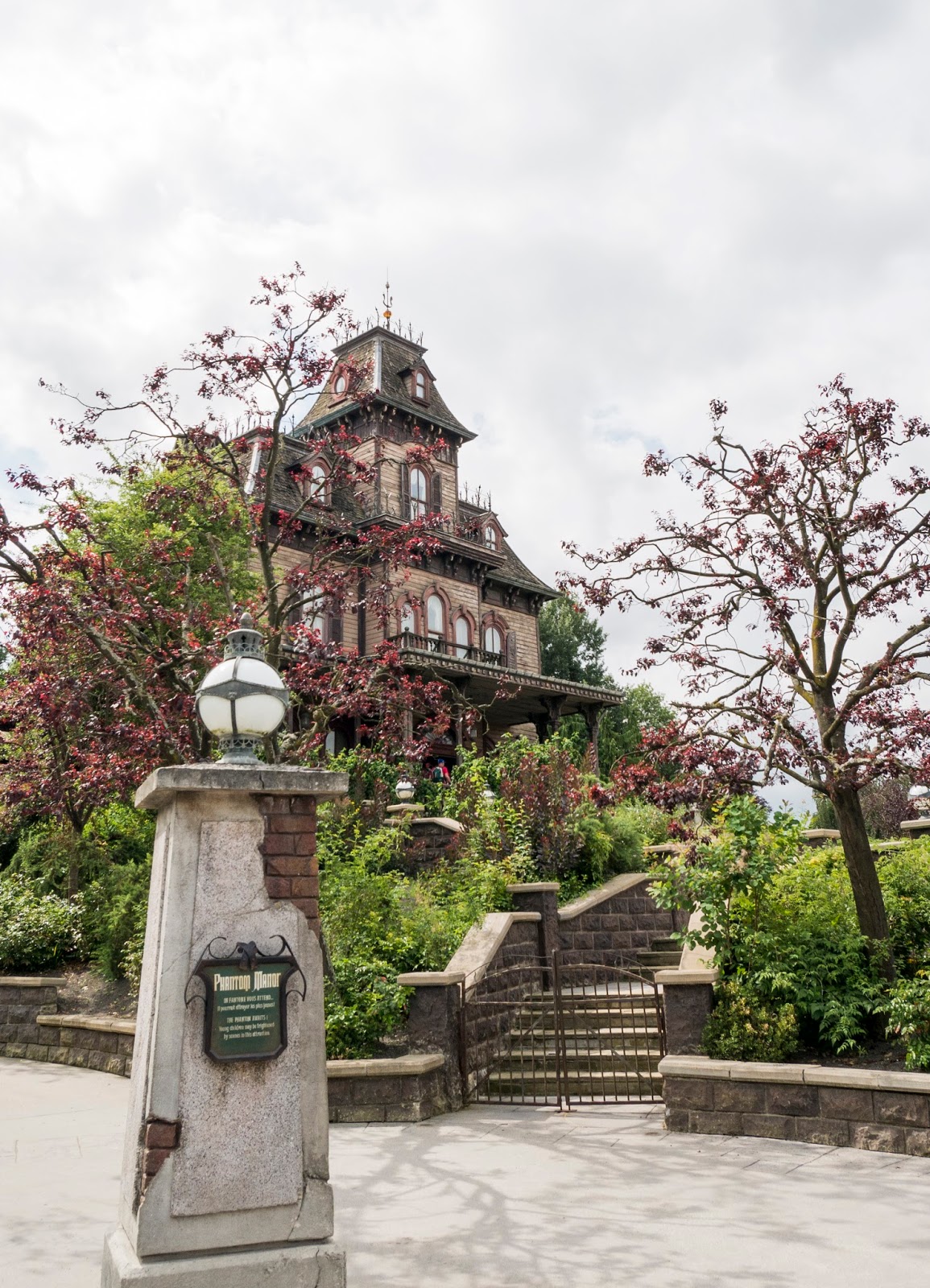 We absolutely loved Pirates, that ride never gets old! The moving figures are brilliant and the theme tune is addictive. 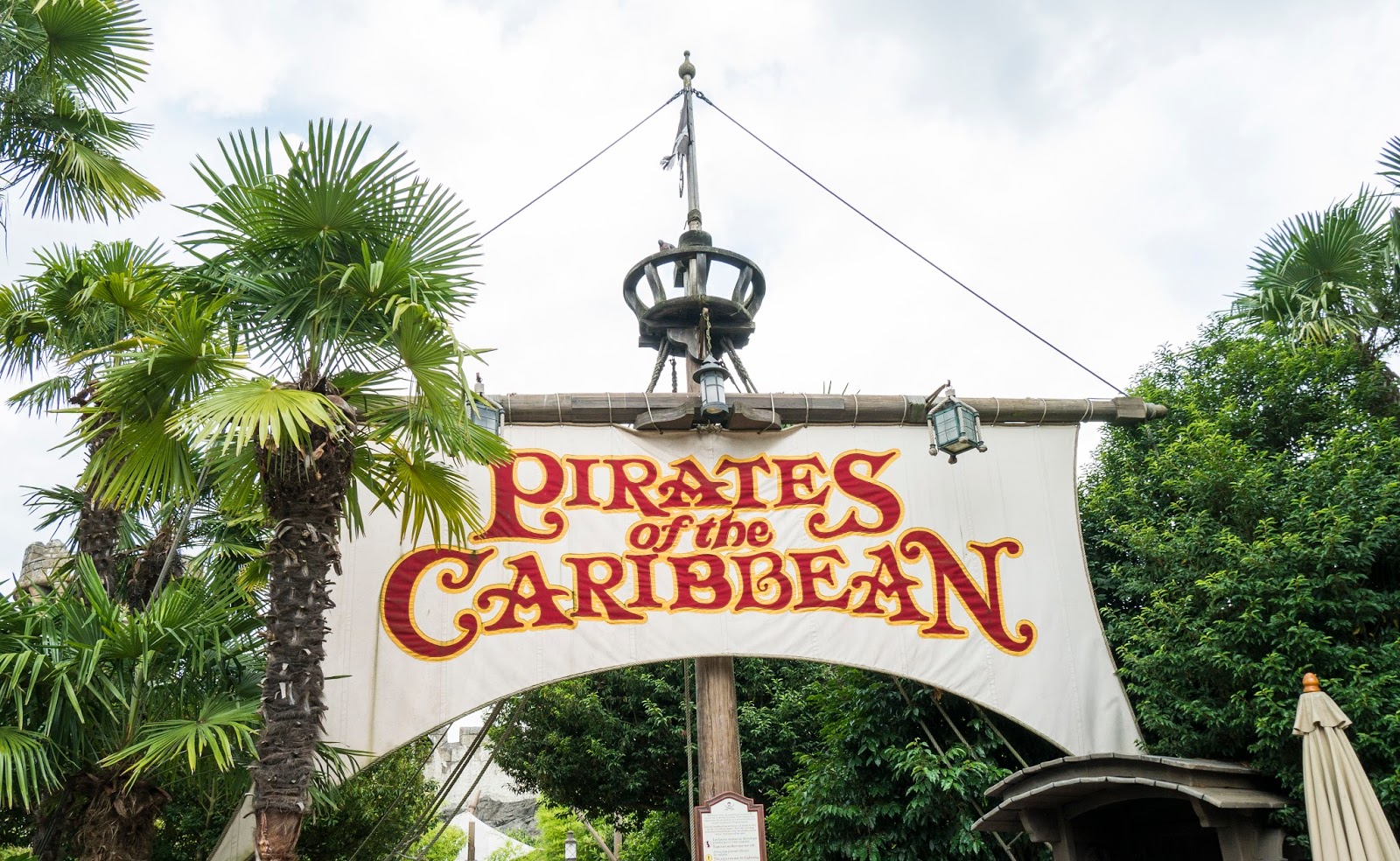 How cute is the Pirates of the Caribbean Dory window by the way? 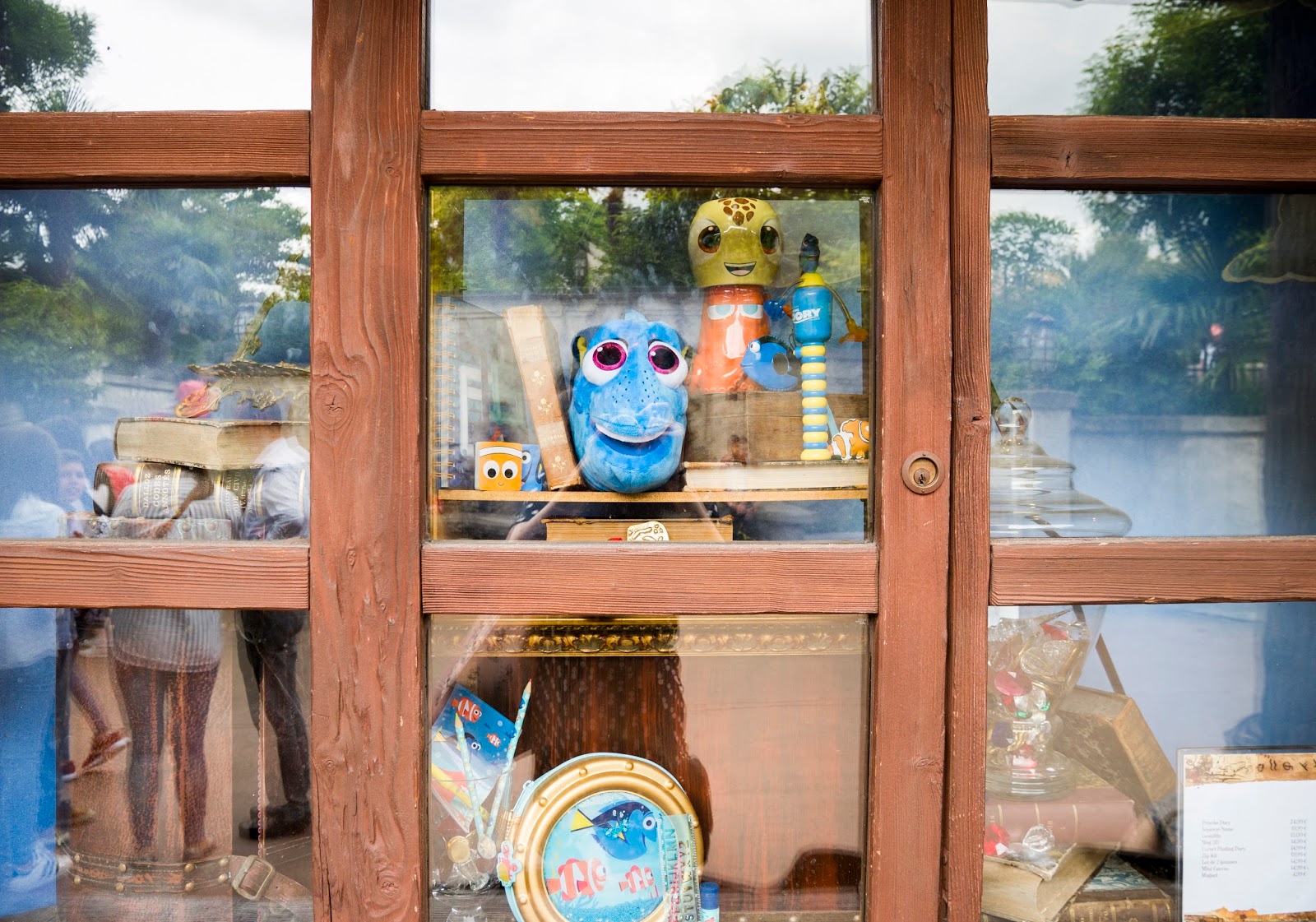 After Pirates, it was time to head over to the Walt Disney Studios park. On the way out, we grabbed some lunch at the bakery on Main Street. The food was pretty basic, but the seating area was so pretty! I ordered the pizza-like bruschetta (right). 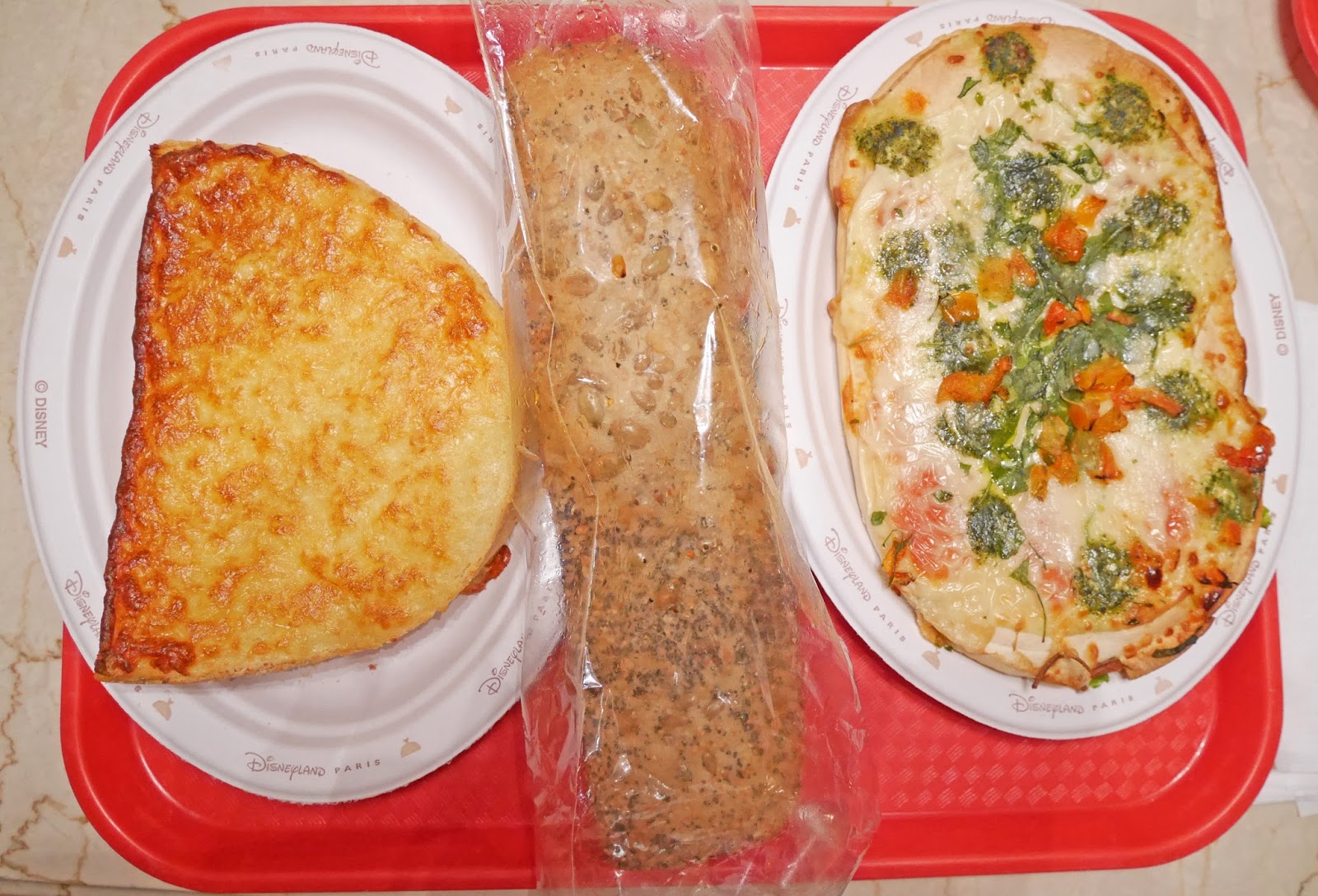 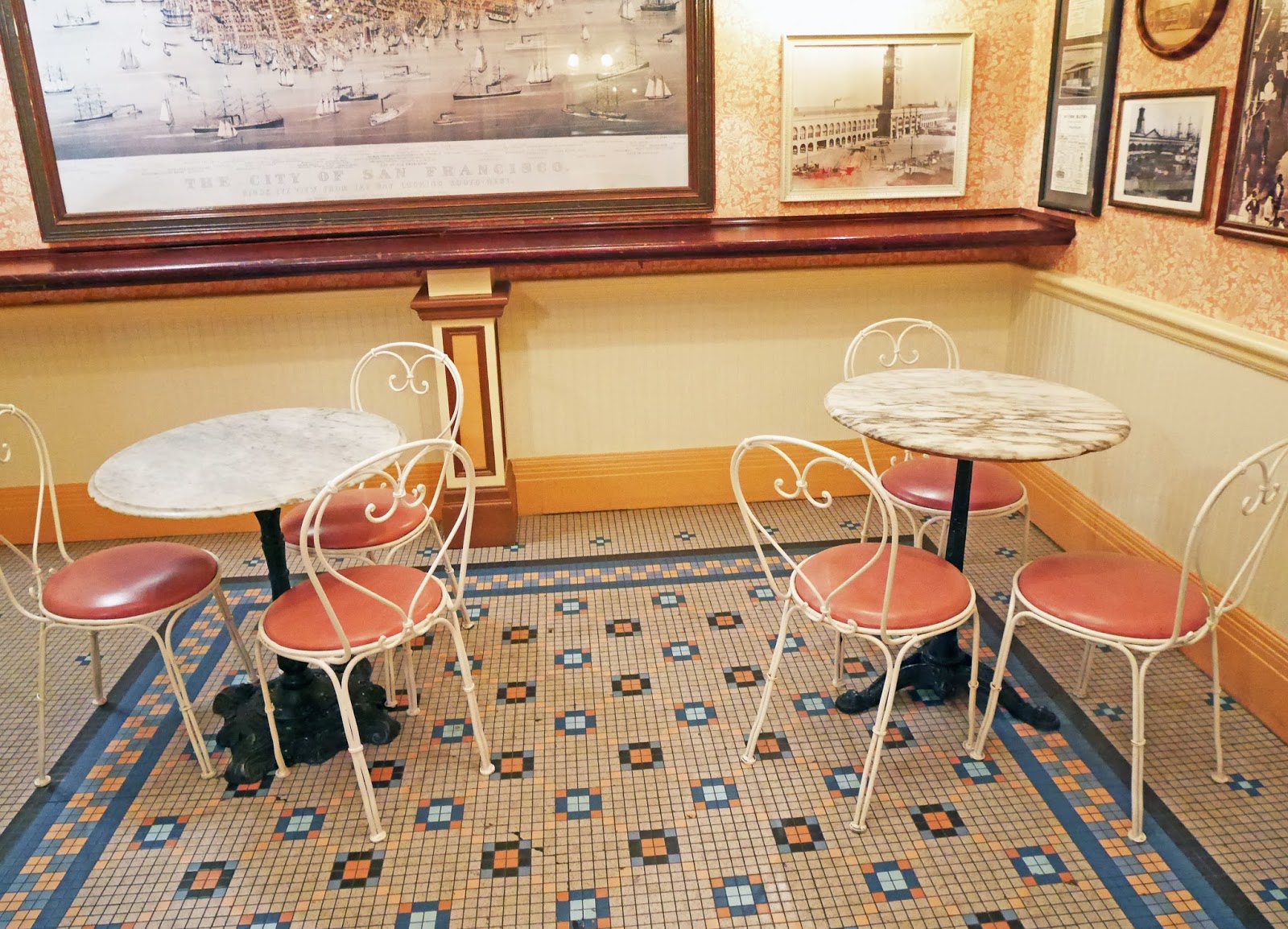 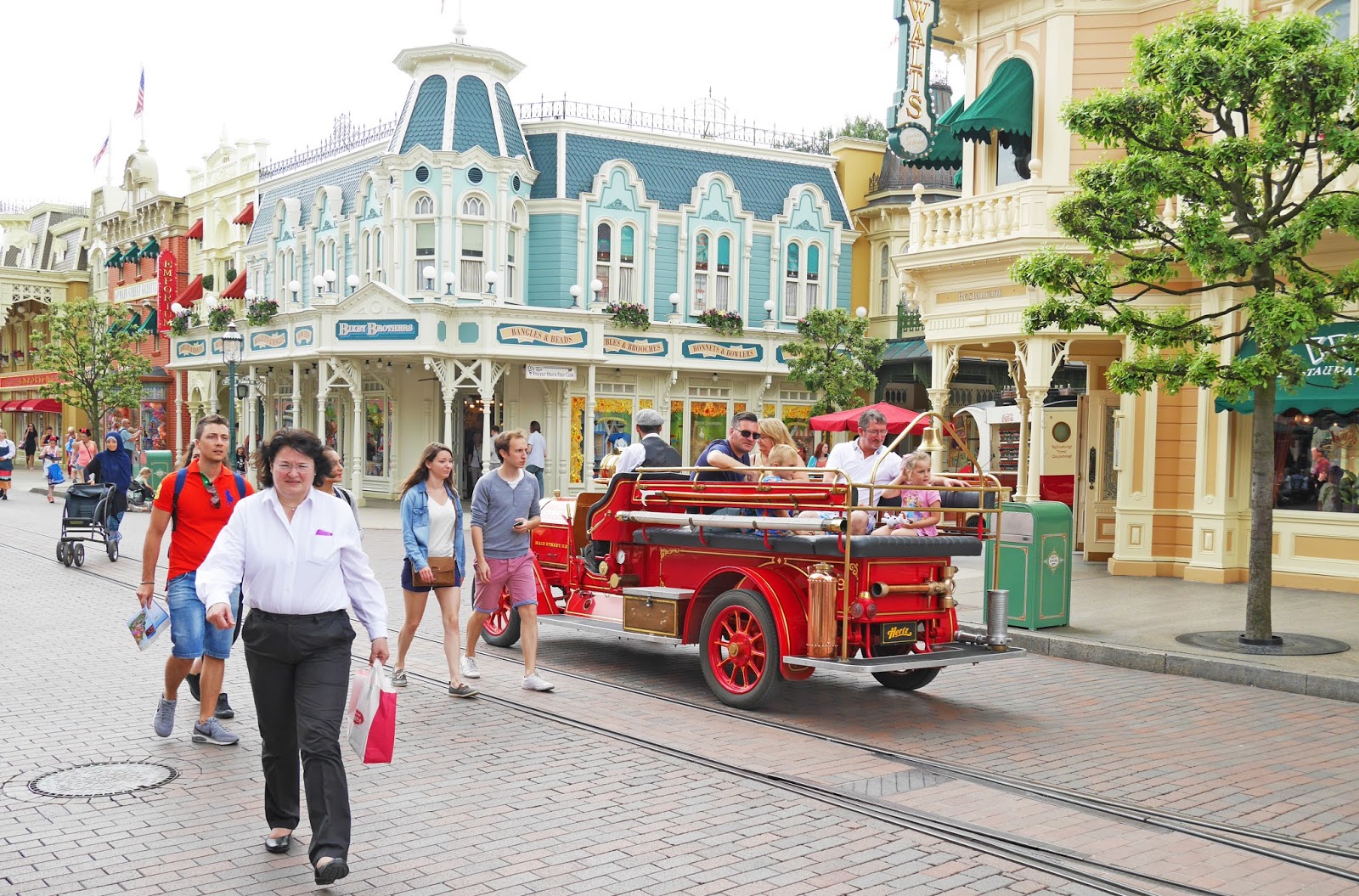 It was such a lovely morning in the Disneyland Park!
As day two of our trip was so busy, I’ve decided to split it up into two posts.
Have a catch up with day 1 here and the second part of day 2 (featuring the Walt Disney Studios park and Dreams) will be live next week!
Thanks for reading my blog today.
Love
Kat
xxxx