10 new experiences I had at Walt Disney World this year

I was in Florida 3 weeks ago, having a wonderful time at Walt Disney World with my parents. Orlando is one of my favourite places to visit and I’ve been fortunate enough to go back to the theme parks multiple times throughout my childhood. After touring the USA for 8 days in June of this year, we decided to stay in Orlando for 10 days at the end of the trip. One of the things I noticed on this recent trip was the fact that lots had changed since my previous visit in 2014. Changes mean new experiences and I thought I’d talk about them in today’s post, along with some classic Disney must-dos that I got to experience for the first time this year. From the World of Avatar to Star Wars at Hollywood Studios, there are lots of exciting and new attractions in Orlando now! I’m glad that Disney have started to update the parks and introduce new experiences for guests. 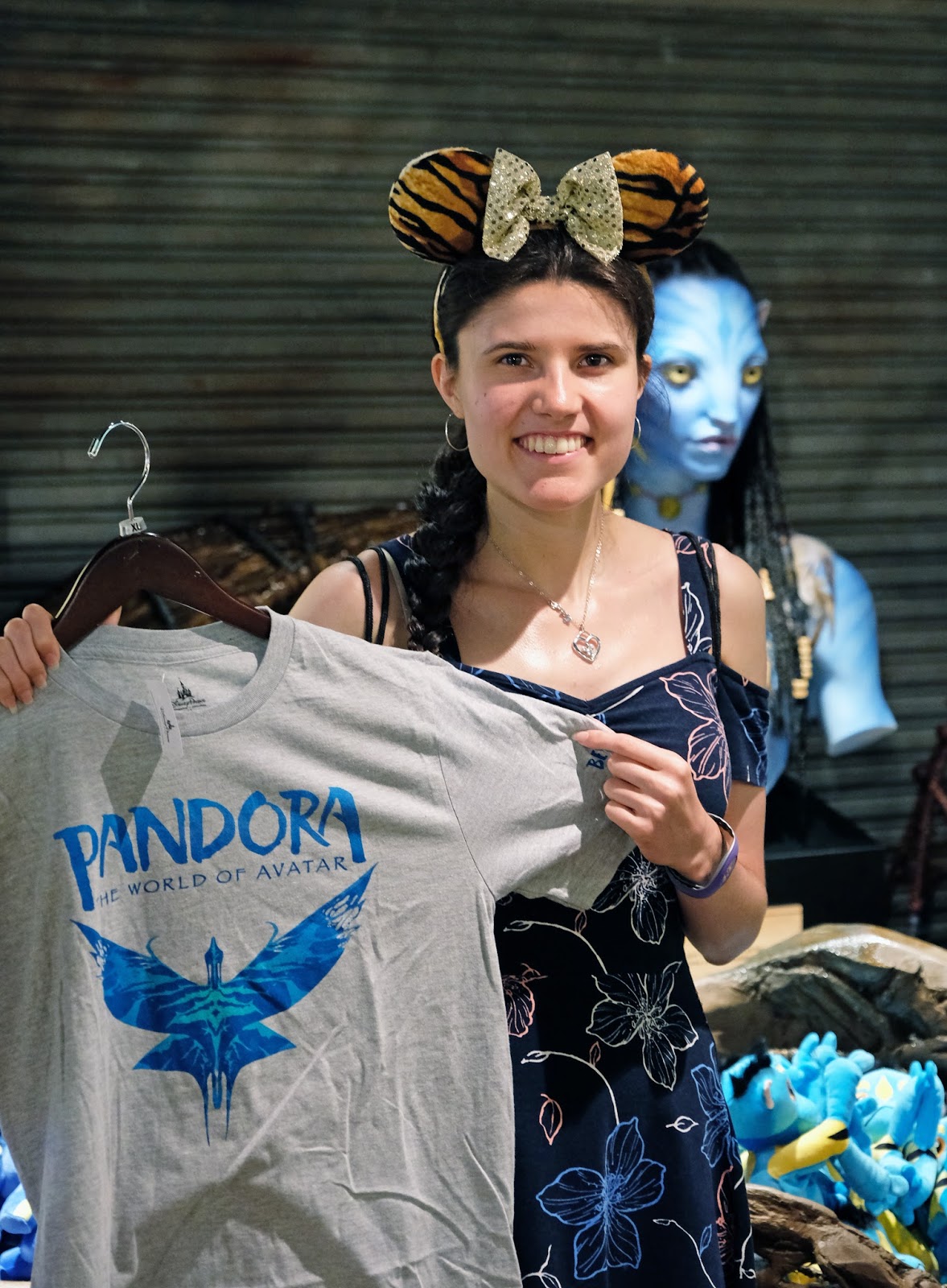 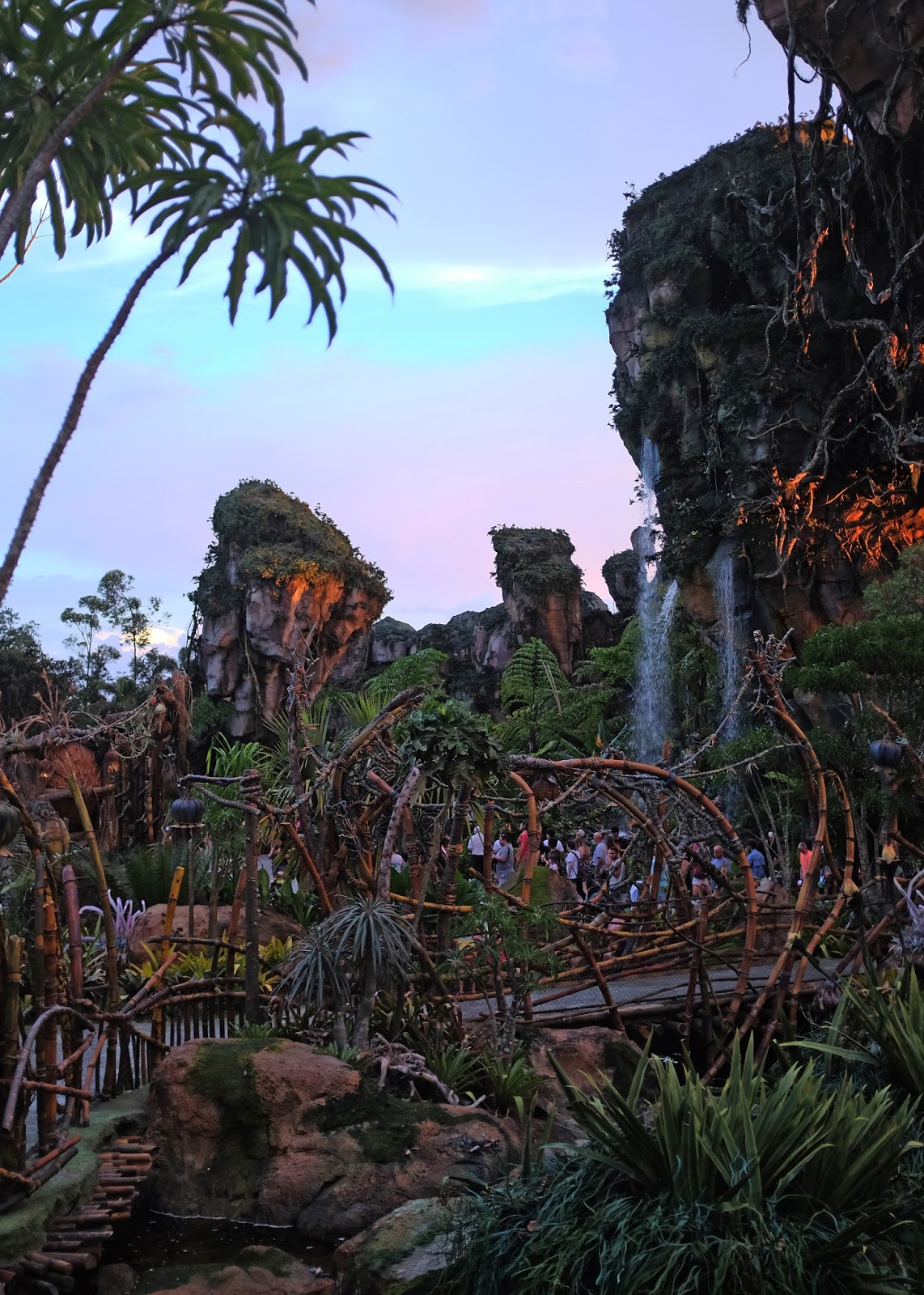 Pandora. Where do I even begin? I can only describe it as the future of theme parks and a wonderful re-imagination of the fantasy world in James Cameron’s Avatar movie. The area opened at Animal Kingdom in late May 2017 and I have a separate blog post planned where I’ll show you lots of sneak peeks, tips and advice for Pandora.

2. The Happily Ever Fireworks. Happily Ever After is the new fireworks extravaganza at the Magic Kingdom and it’s a wonderful tribute to both classic and new Disney movies. I got to see the show for the first time this trip and I was so excited to see lots of different movie scenes and songs featured. From Moana to Hercules and Aladdin to Tarzan, Happily Ever After really has something for everyone! 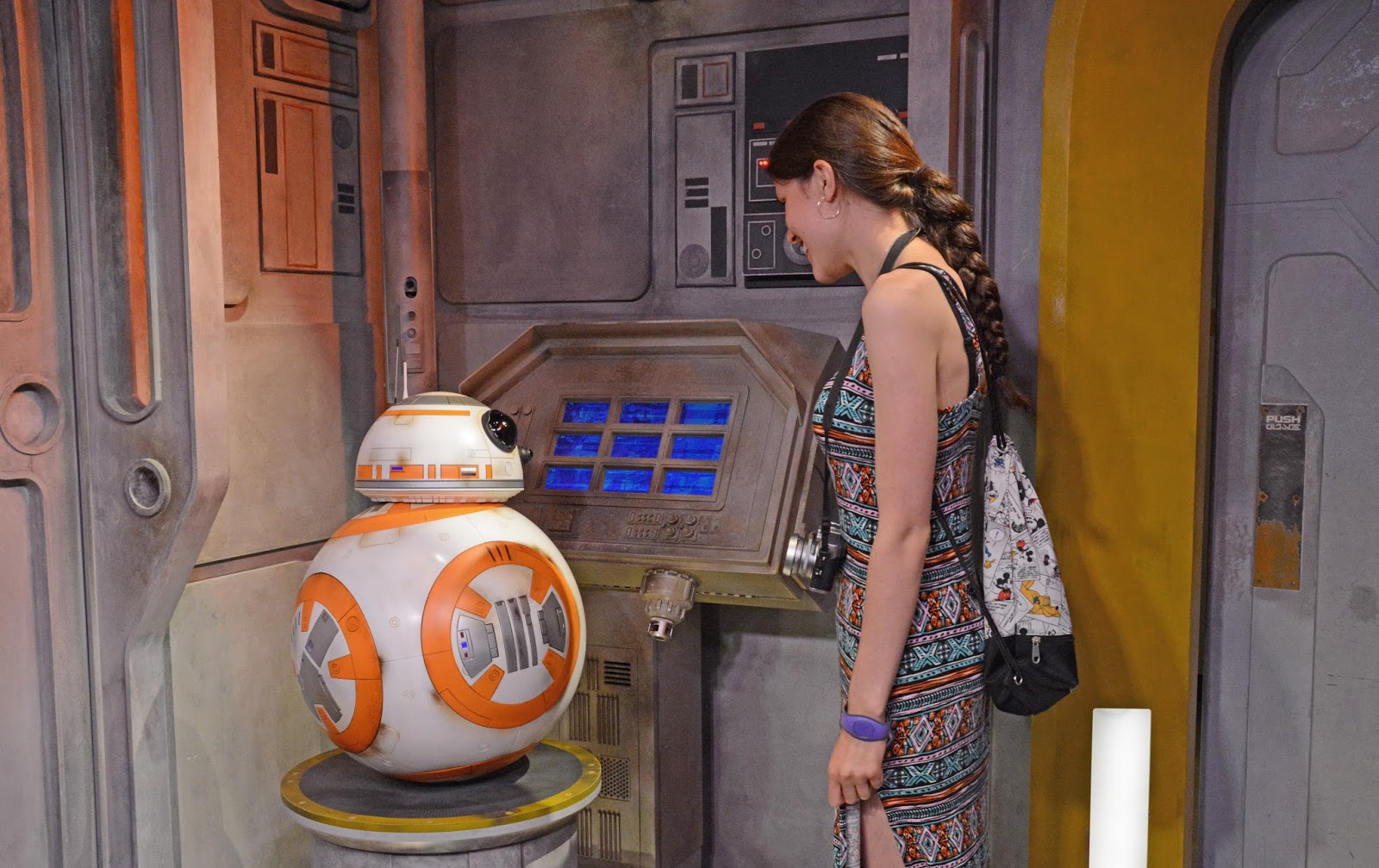 Hollywood Studios is gradually converting itself into a celebration of the Star Wars Saga. You can meet some of the characters from the movies at the Star Wars Launch Bay, there’s the iconic ride Star Tours and there’s even themed fireworks in the evening. I met BB-8 and we watched the fireworks, but we didn’t go on Star Tours this trip. Over the next couple of years there will be even more Star Wars attractions and it all looks incredibly exciting! 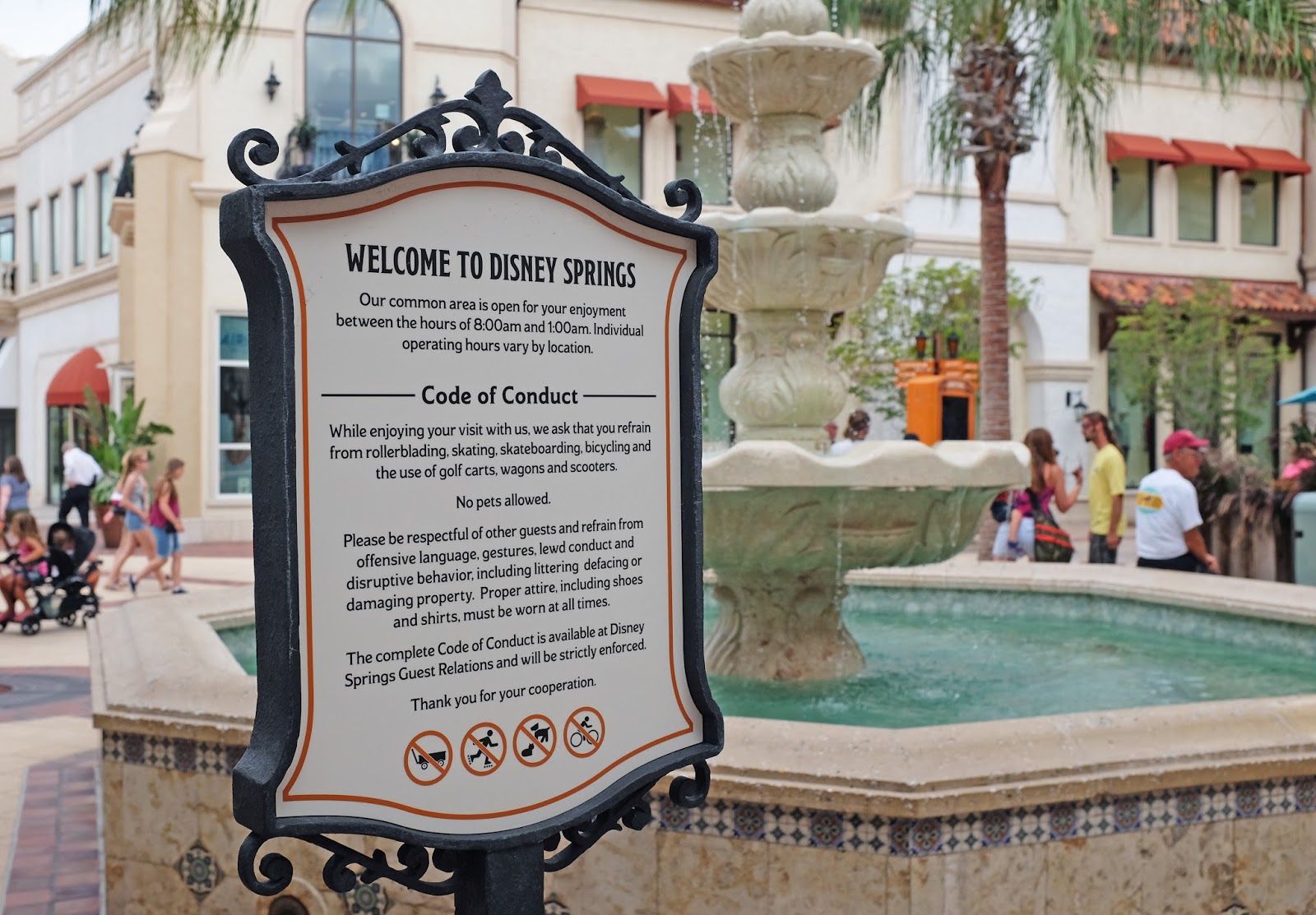 Disney Springs was totally new to us this trip. The last time we visited it was still Downtown Disney and oh my, has it changed! The new shopping area is so pretty, clean and well kept; shopping there must be an absolute delight! It’s a shame that the GBP to USD exchange rate is so poor at the moment. 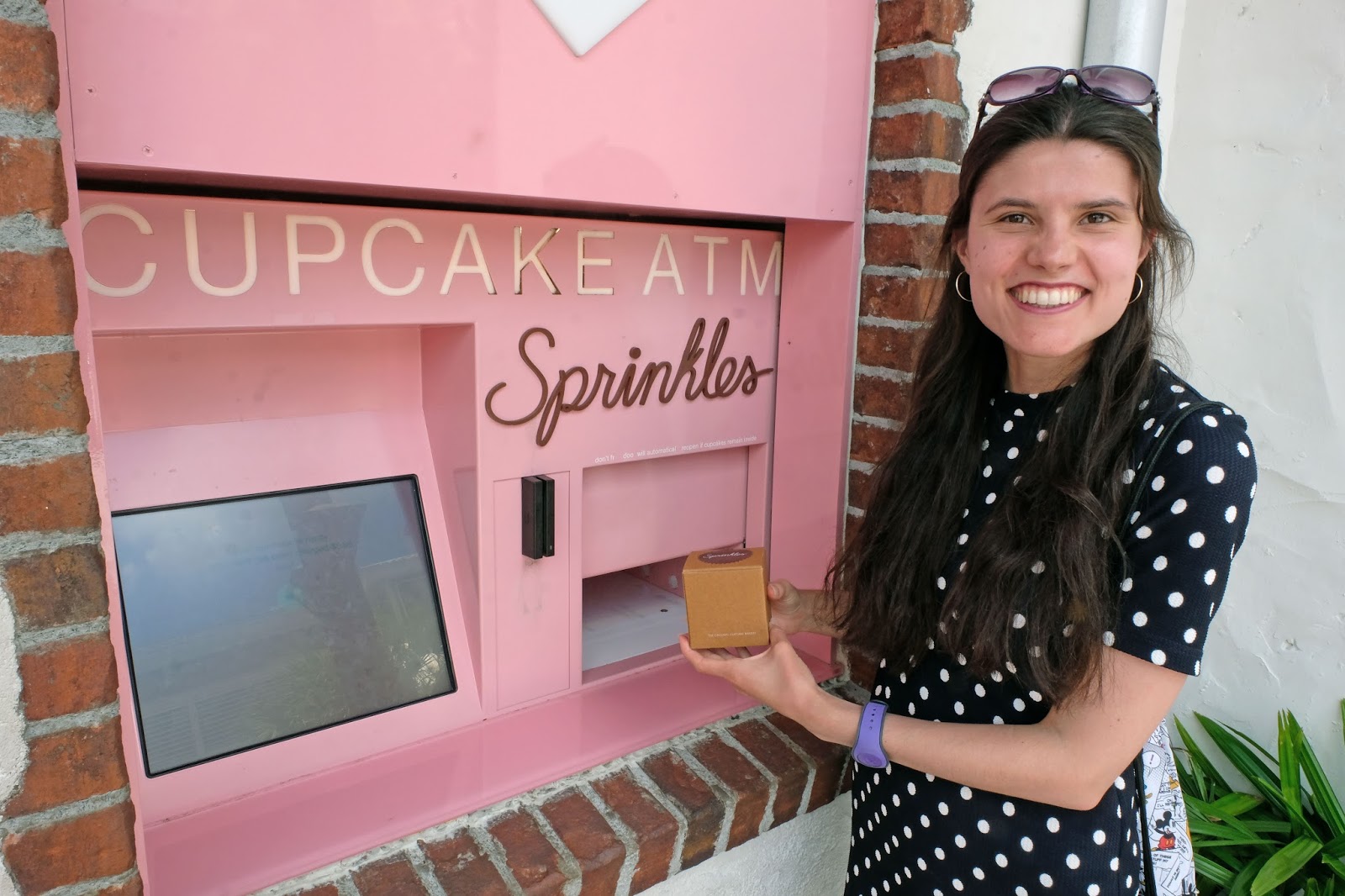 If you like visiting Florida and you’re on instagram, you will definitely have heard of the Sprinkles Cupcake ATM at Disney Springs. It works just like a cash machine where you make a transaction, but instead of receiving cash, you receive a cupcake! The ATM is lots of fun to use and the cupcakes are delicious, so I definitely recommend visiting if you’re exploring Disney Springs. 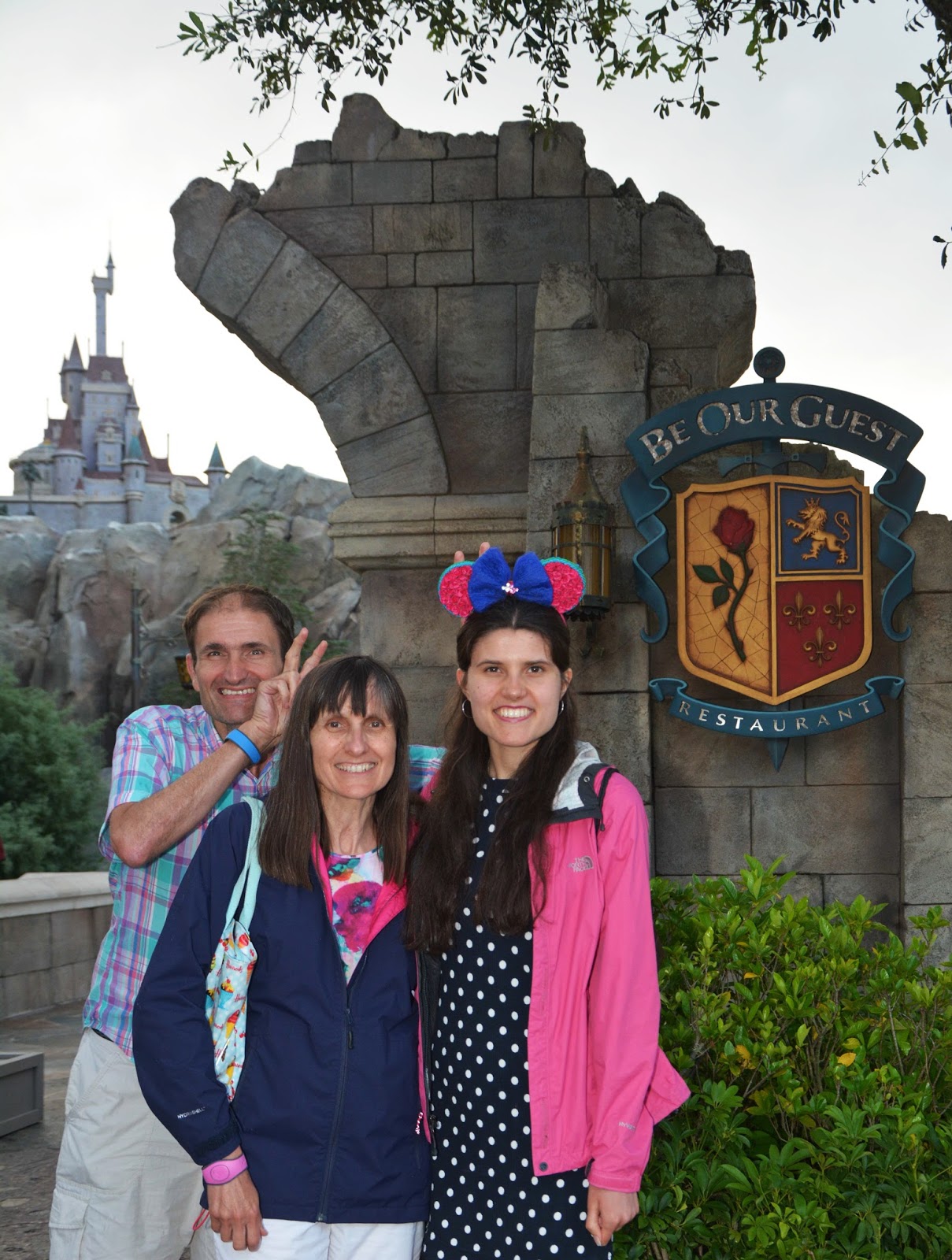 Dining at the famous Beauty and the Beast restaurant was an experience! We failed to make our first reservation because I was sick outside the restaurant from heat exhaustion, but a few days later when I was feeling much more rested, we headed back and had a lovely meal. I ordered the ratatouille for my main course and the Grey Stuff for dessert (which as Lumière says in the movie: is delicious)!
At the end of the meal I got to meet the Beast and that was my first time meeting him at Walt Disney World.

7. Soarin’ around the world at Epcot. 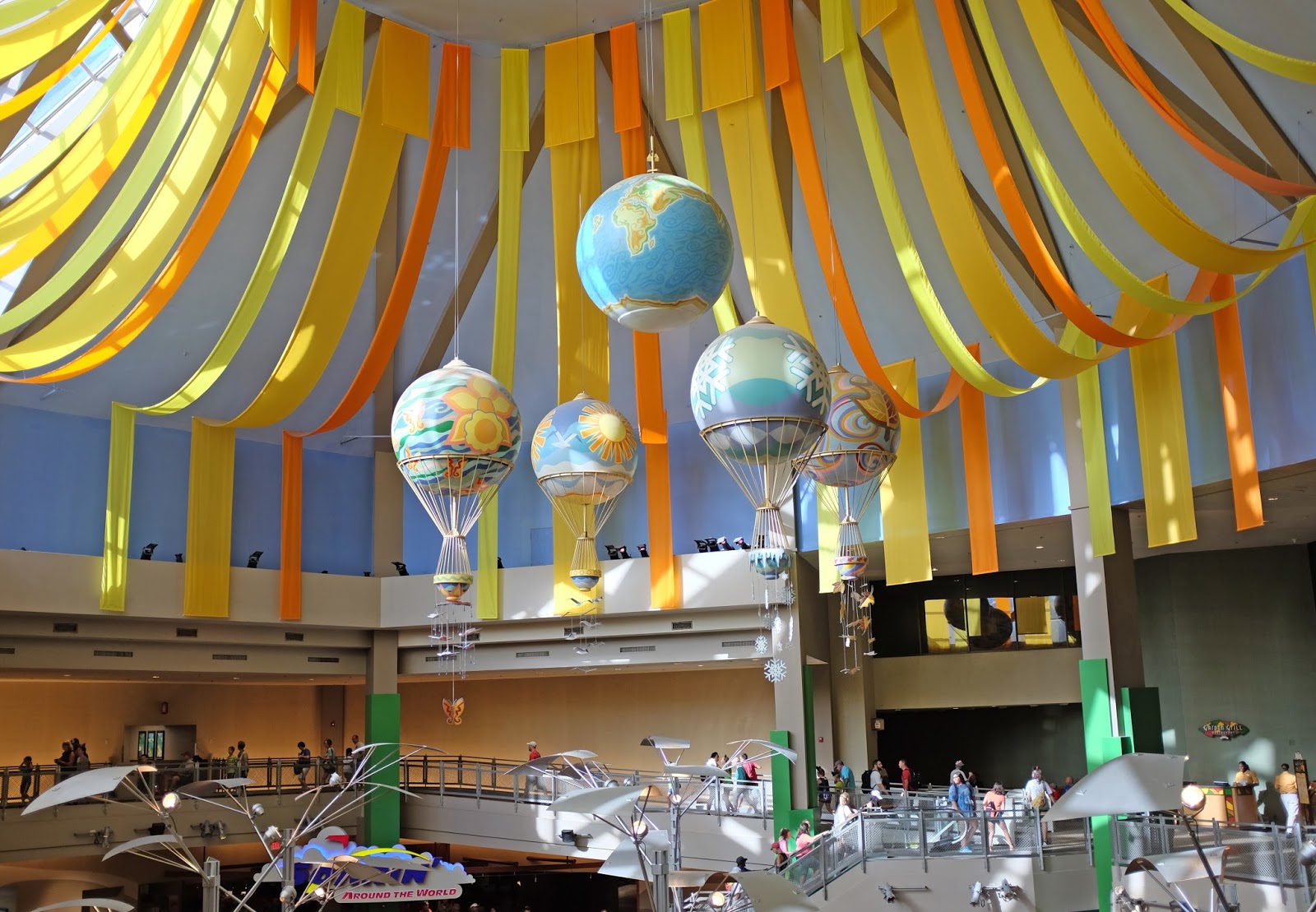 Soarin’ is one of the most popular attractions at Epcot and it used to be a paragliding simulator, that took you on a tour of California. Since my last trip, they’ve renovated the ride into a world tour and I must say, the new ride is even better than the original! You get to fly over the Eiffel Tower, the Matterhorn and Neuschwanstein Castle to name a few, which is way more adventurous than the old version! 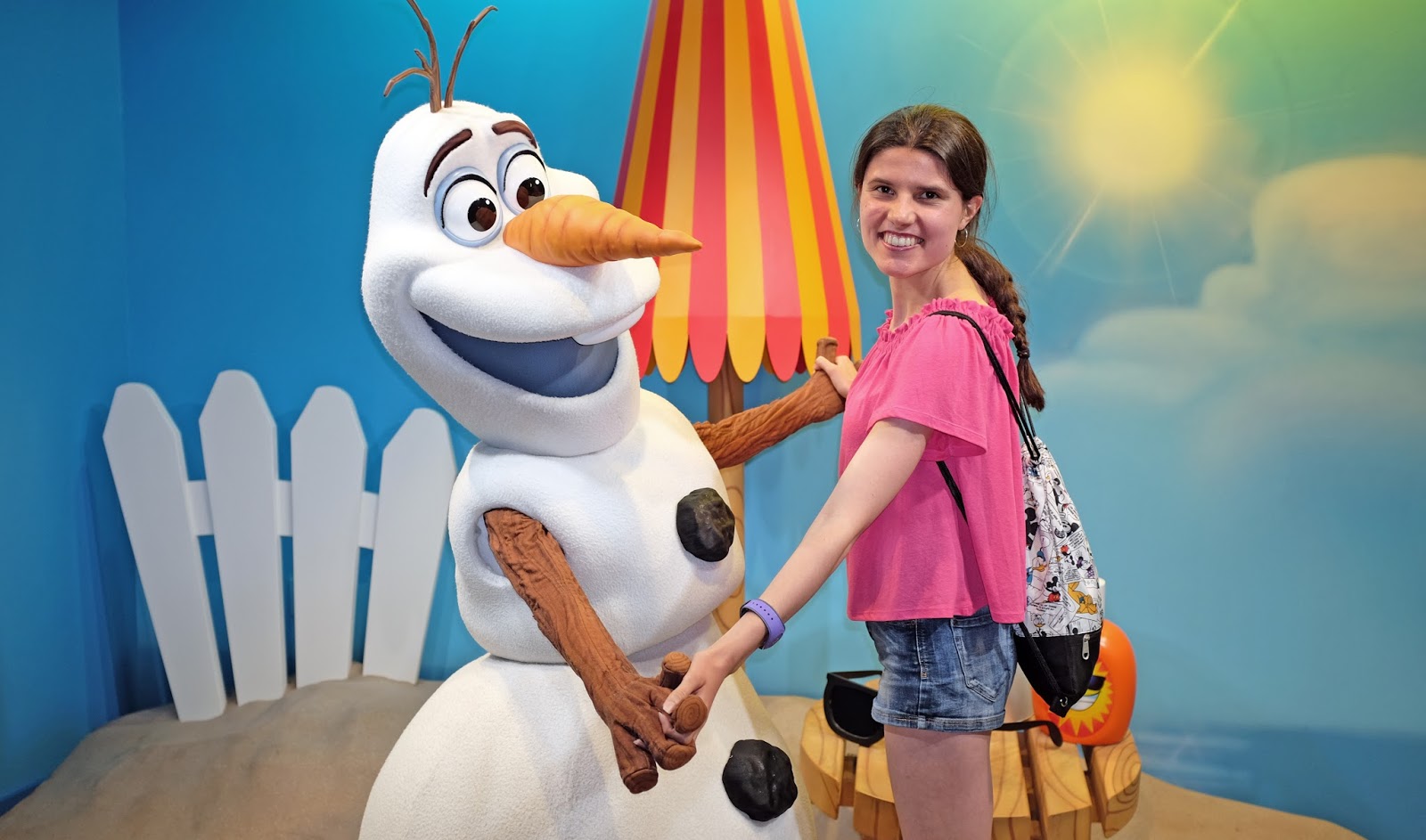 The Frozen Ever After attraction was created after the outstanding success of the movie. To make way for the new ride, Maelstrom (a World Showcase classic) was closed and Disney used the Maelstrom infrastructure as a foundation for the new ride. I got to ride Frozen Ever After whilst we were in Florida and although it did feel like a more glamorous version of Maelstrom with the Frozen characters thrown in, I did really enjoy the ride. 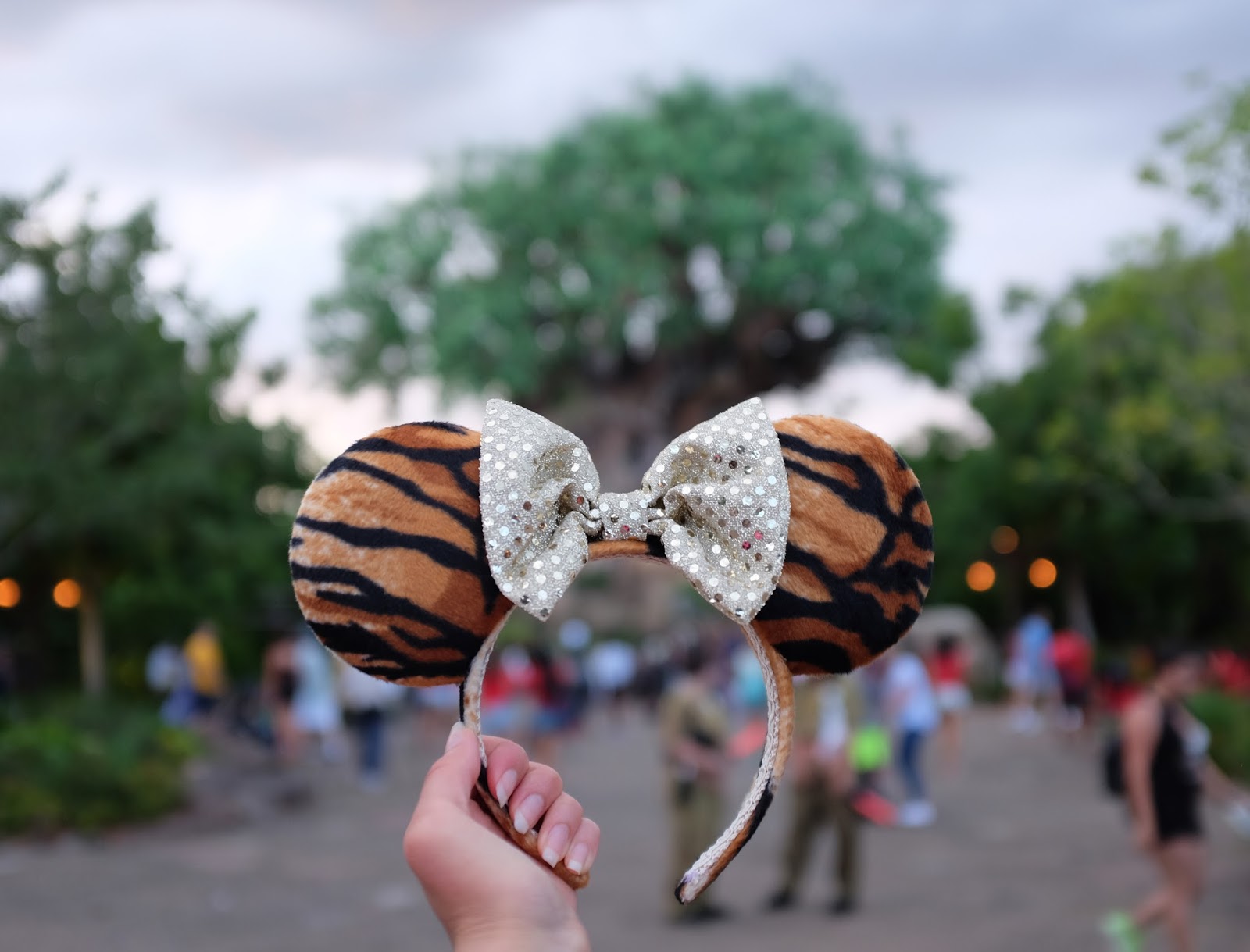 Animal Kingdom is now open much later in the evening than it was when I was younger.  This change in opening times has meant that Animal Kingdom now has an evening atmosphere and we got to experience it for the first time this trip. Pandora turns into an exhibition of amazing light effects, the Rivers of Light nighttime show brings the Asia section of the park to life with brilliant light-up floats on water and the Tree of Life awakenings illuminate the park’s signature attraction. Although the Africa area of the park doesn’t have a specific nighttime attraction, the streets of Africa come alive with music and dancing in the evening. 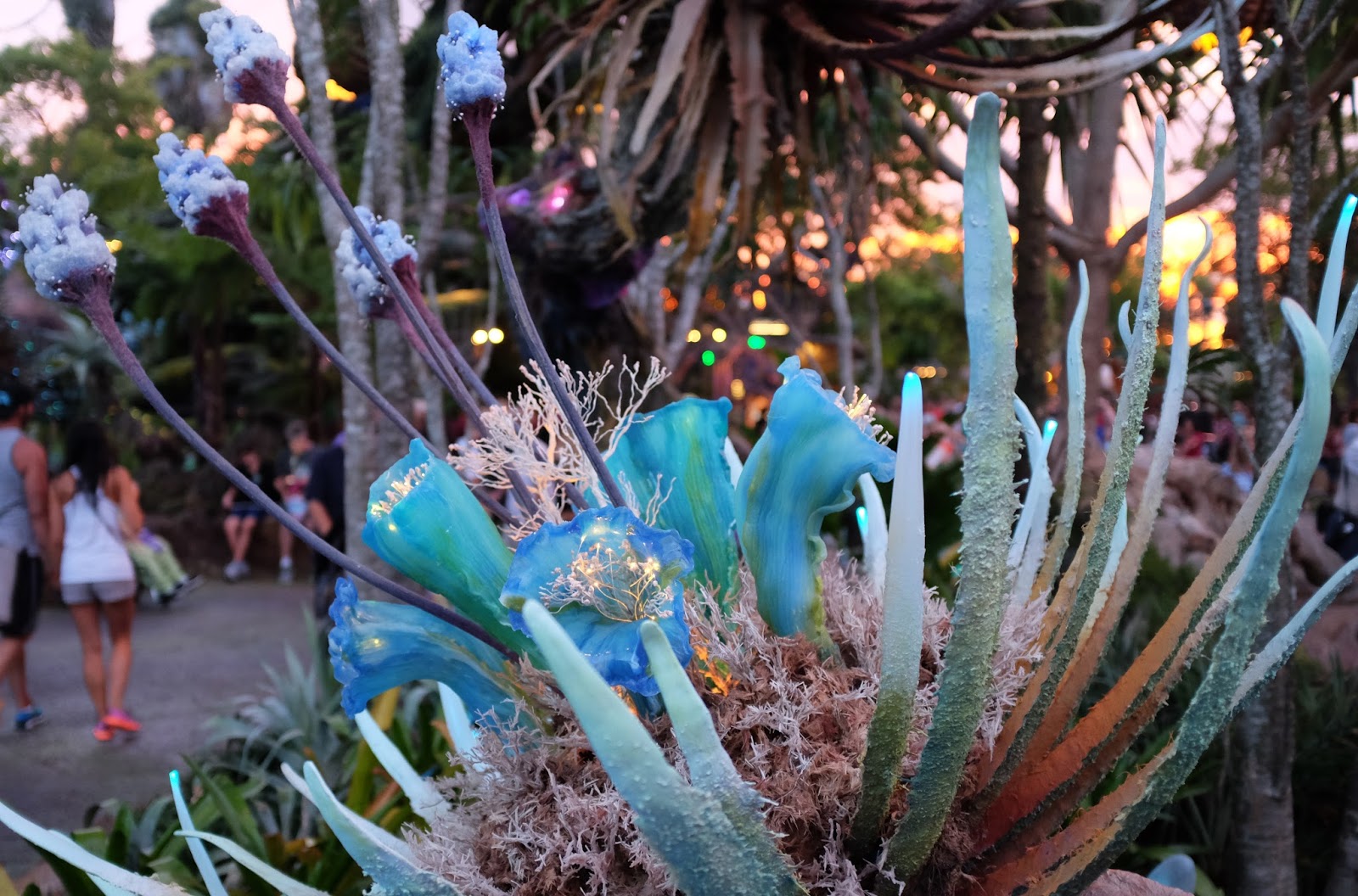 Creating nighttime experiences at Animal Kingdom has made the park so much more exciting. TOP TIP: If you wander around Pandora just before and after sunset in the evening, you’ll get to see the area’s mesmerising transition from day to night and see all of the flowers light up – just like they do in the Avatar movie!

10. Breakfast with the Princesses at Epcot. 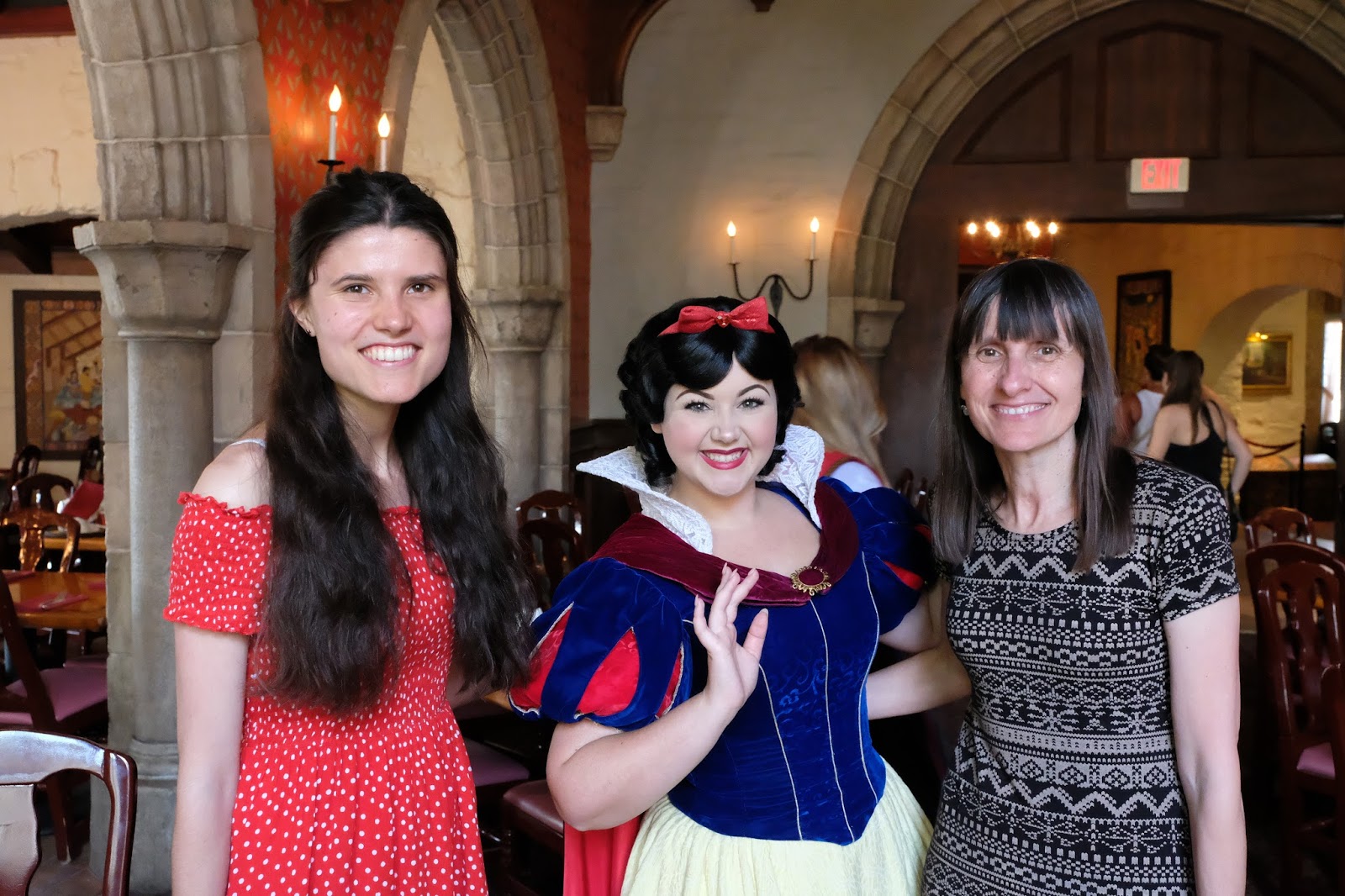 This is not a new experience at Walt Disney World as it’s been around for a while, but it was our first time dining in the Norway Pavilion at Epcot. We had breakfast with the Princesses at Akershus Royal Banquet Hall and it was a lovely experience. I got to meet most of the Princesses, including my childhood favourite Snow White, and there were lots of yummy Norwegian-themed breakfast offerings. This was probably my favourite breakfast at Walt Disney World, as it was a buffet filled with lots of continental options such as fruit and pastries.

Our Walt Disney World trip was filled with lots of new experiences! I’m so glad that we were there during the opening months of Pandora.
What do you think of the changes at Walt Disney World over the past few years? Are you excited for the new Star Wars developments.
Thanks for reading my blog today.
Love
Kat
xxxx