Every year in late November, the Canterbury Christmas lights get switched on. The streets are filled with Christmas music and cheer for a couple of hours and then at the end of the evening, the city streets are lit up with spectacular fairy lights. On Thursday, it was time for this year’s lights to get switched on, which to me means that the Christmas season has officially begun. 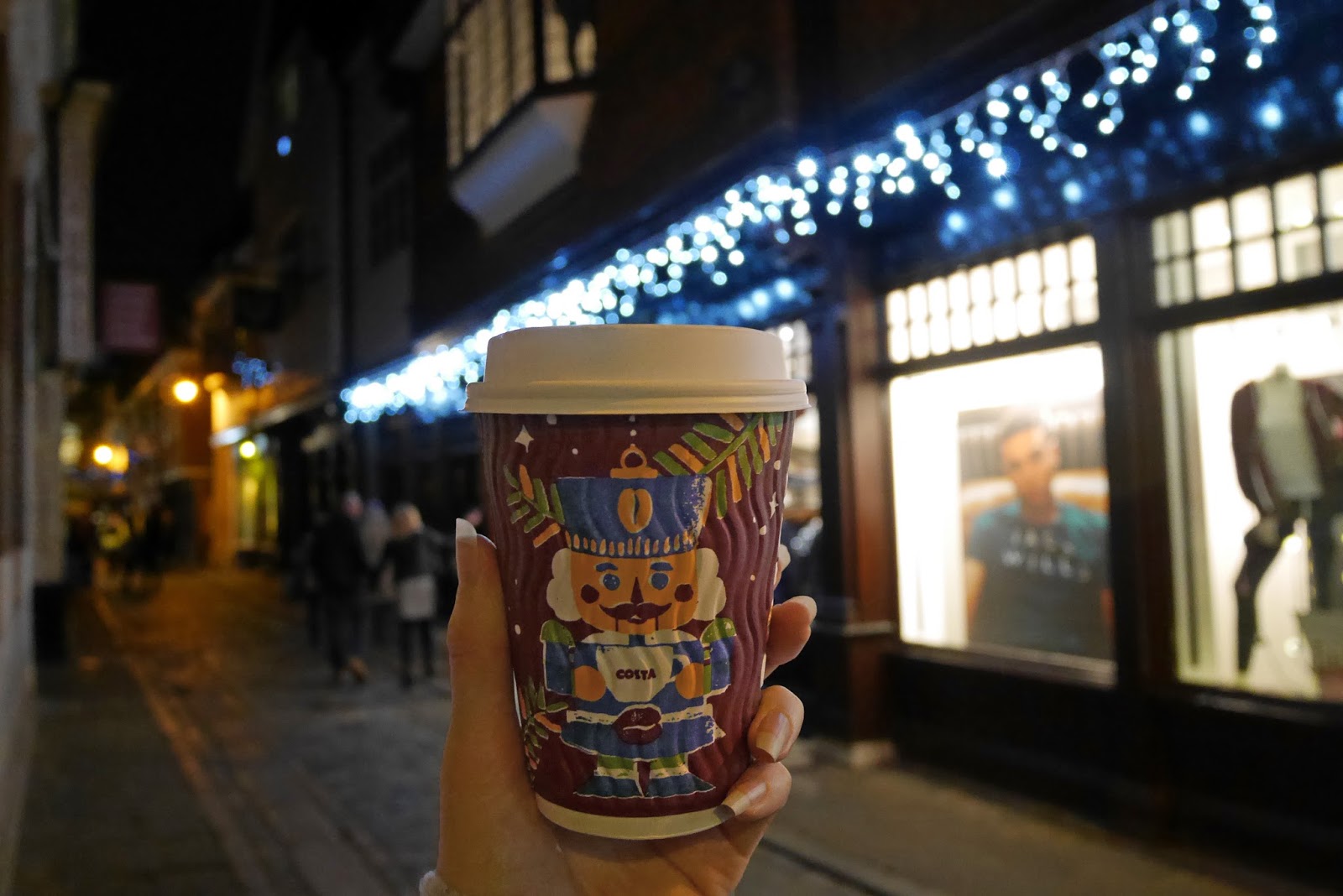 Stuart and I headed into town after work and we went straight to Costa Coffee for Christmas drinks. Nothing says Christmas like a festive drink at Costa, so it was the perfect way to start off a Christmas-themed evening.

As we walked further into town, there was a band playing at the heart of the high street and we joined the crowds for some Christmas songs and pop anthems. The pre-lights show started at 5pm but the lights weren’t getting switched on until after 6:30pm, so we decided to head to a local fish and chip shop for dinner.  Once we’d got our chips, we stood in the street and waited for the lights to be switched on. 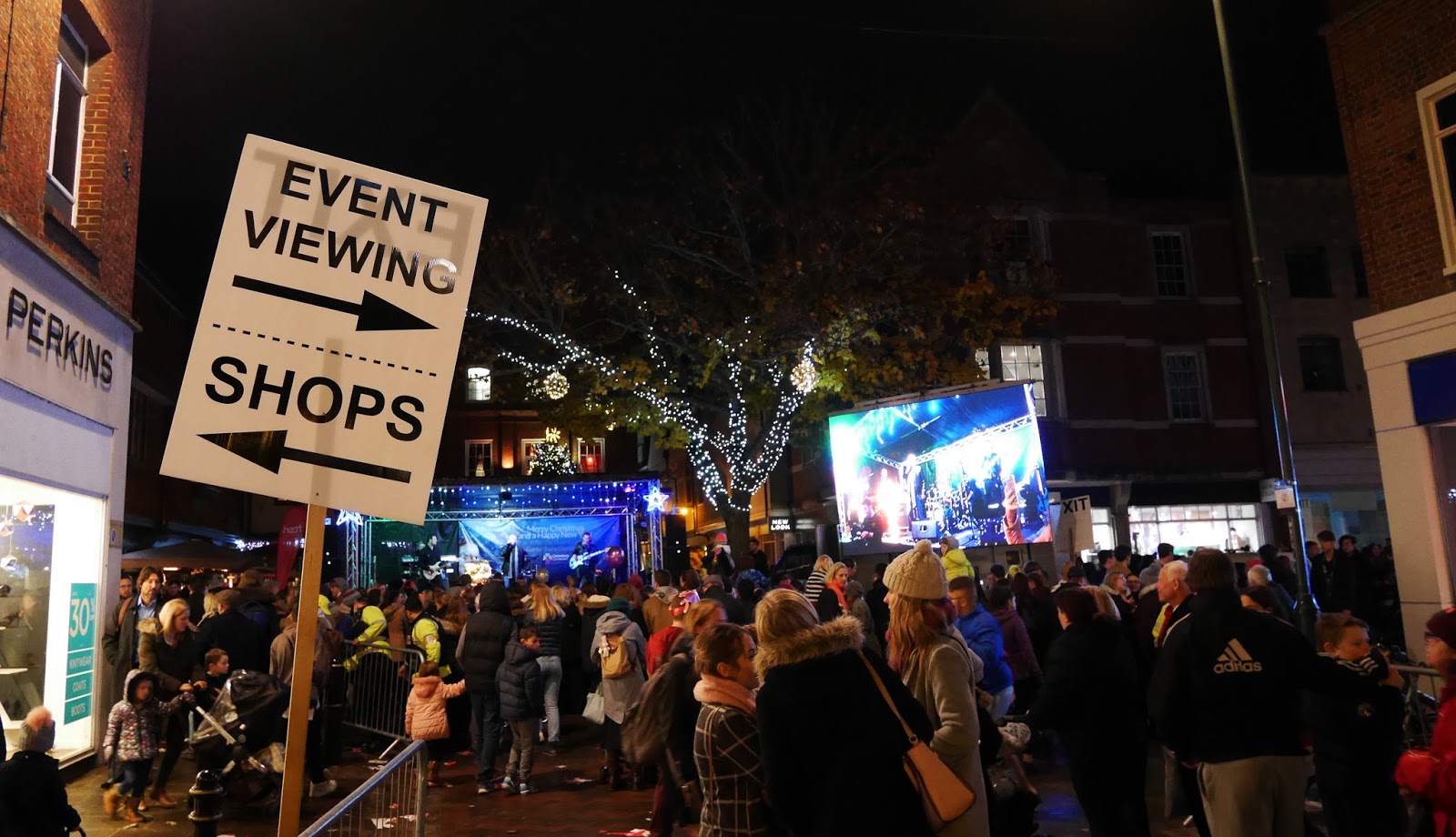 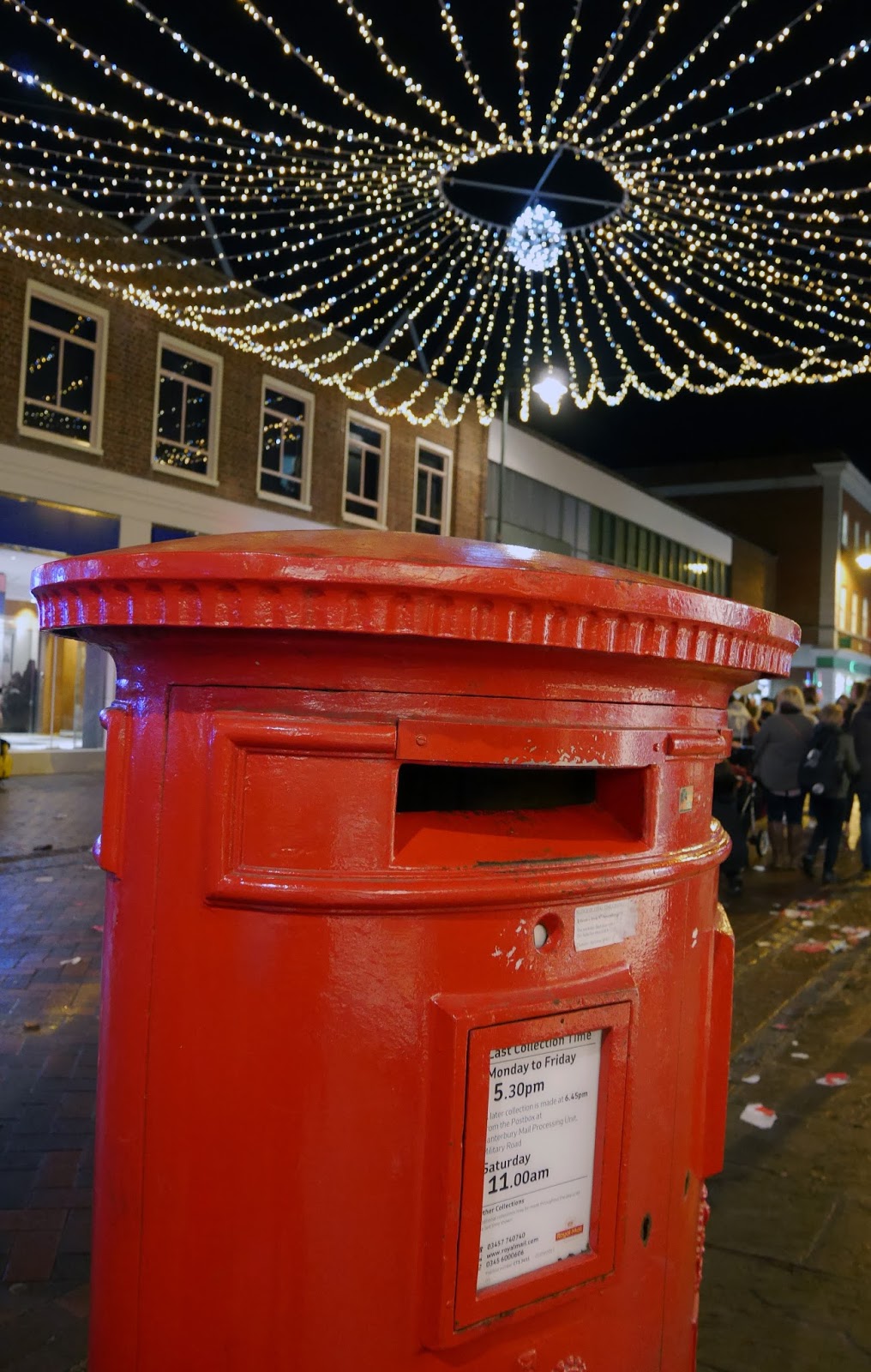 At around 6:45, the Heart Kent radio presenters and the local pantomime cast switched on the lights, illuminating the high street and city side streets. Whitefriars, the city’s outside shopping centre,  was lit up with star-themed lights and the high street was filled with all kinds of draped lights. Once the lights were switched on, we walked around the city centre, looking at the festive decor. We took a detour through the Marlowe Arcade and at the end of the walkway, Tiny Tim’s Tearoom looked very festive with it’s wreathes outside. 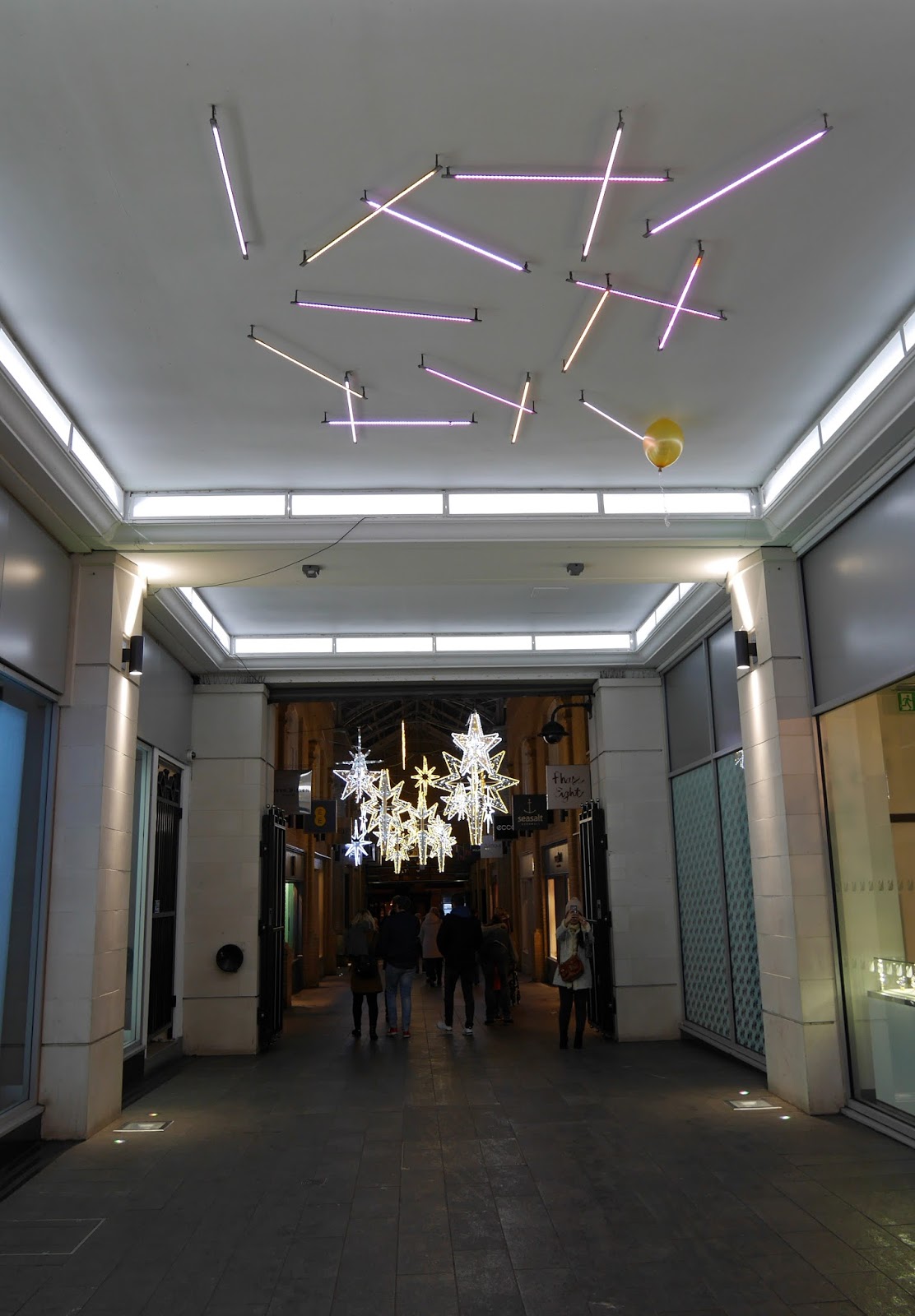 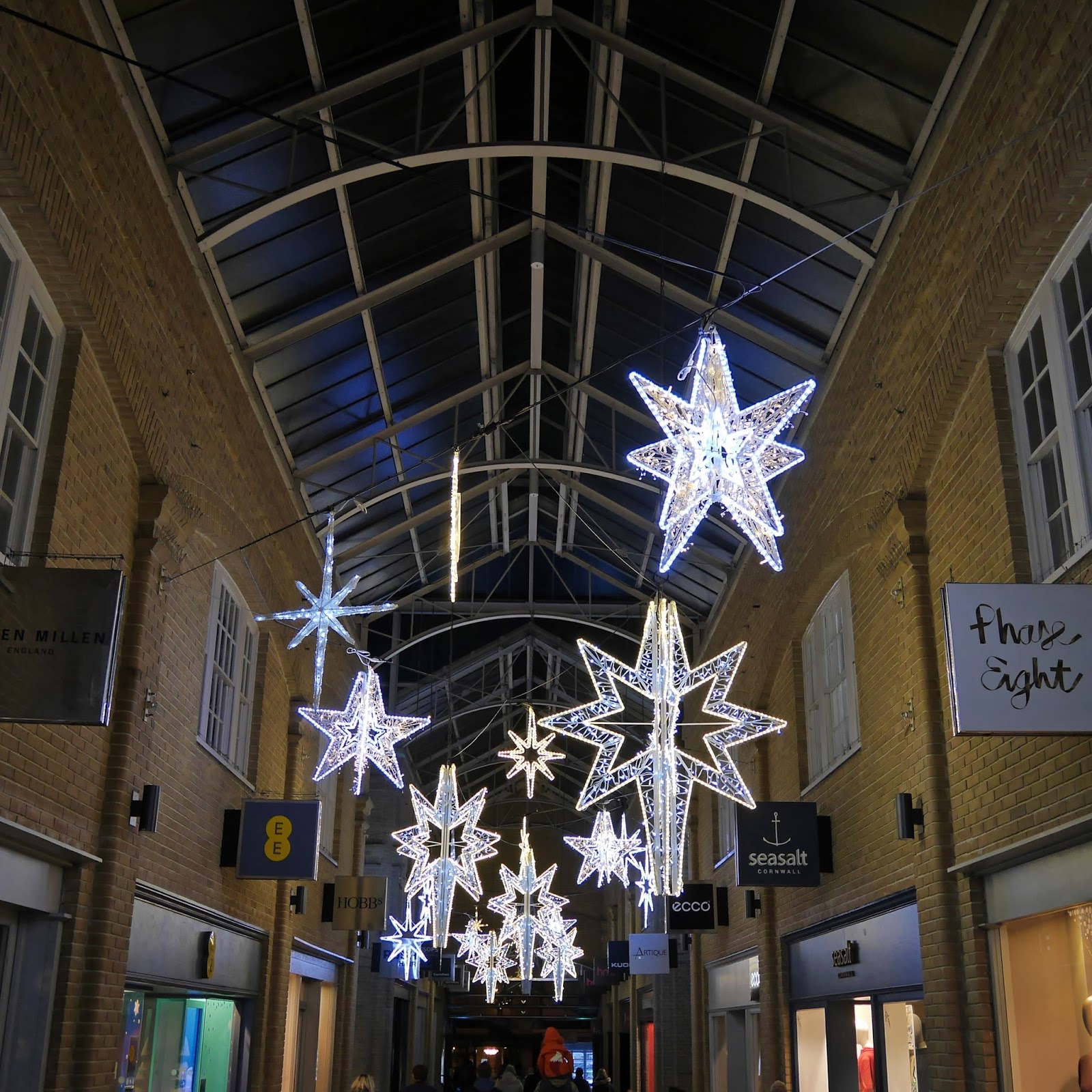 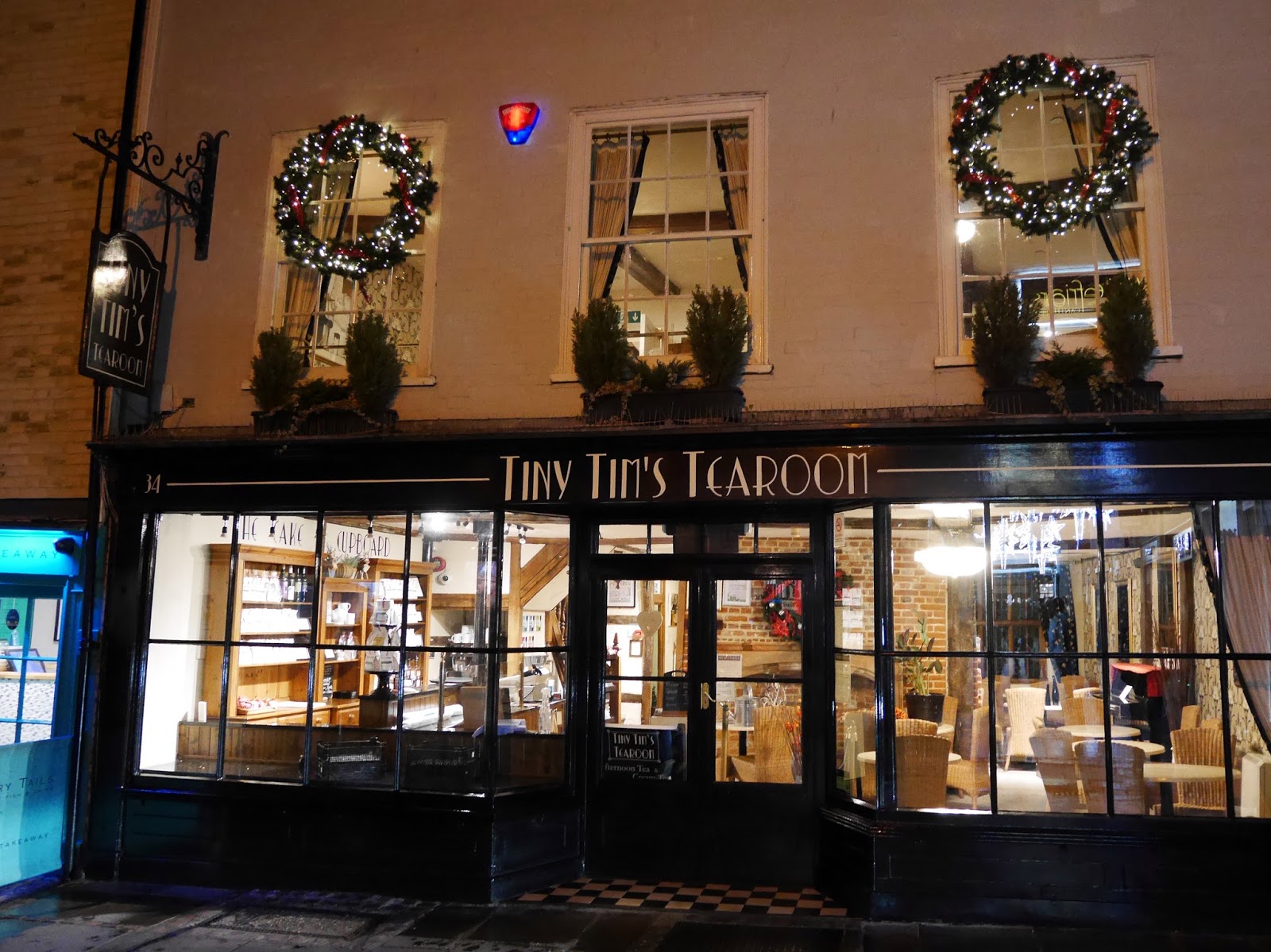 Once we’d seen them all, we left the city centre via Westgate, which too had been decorated in fairy lights. 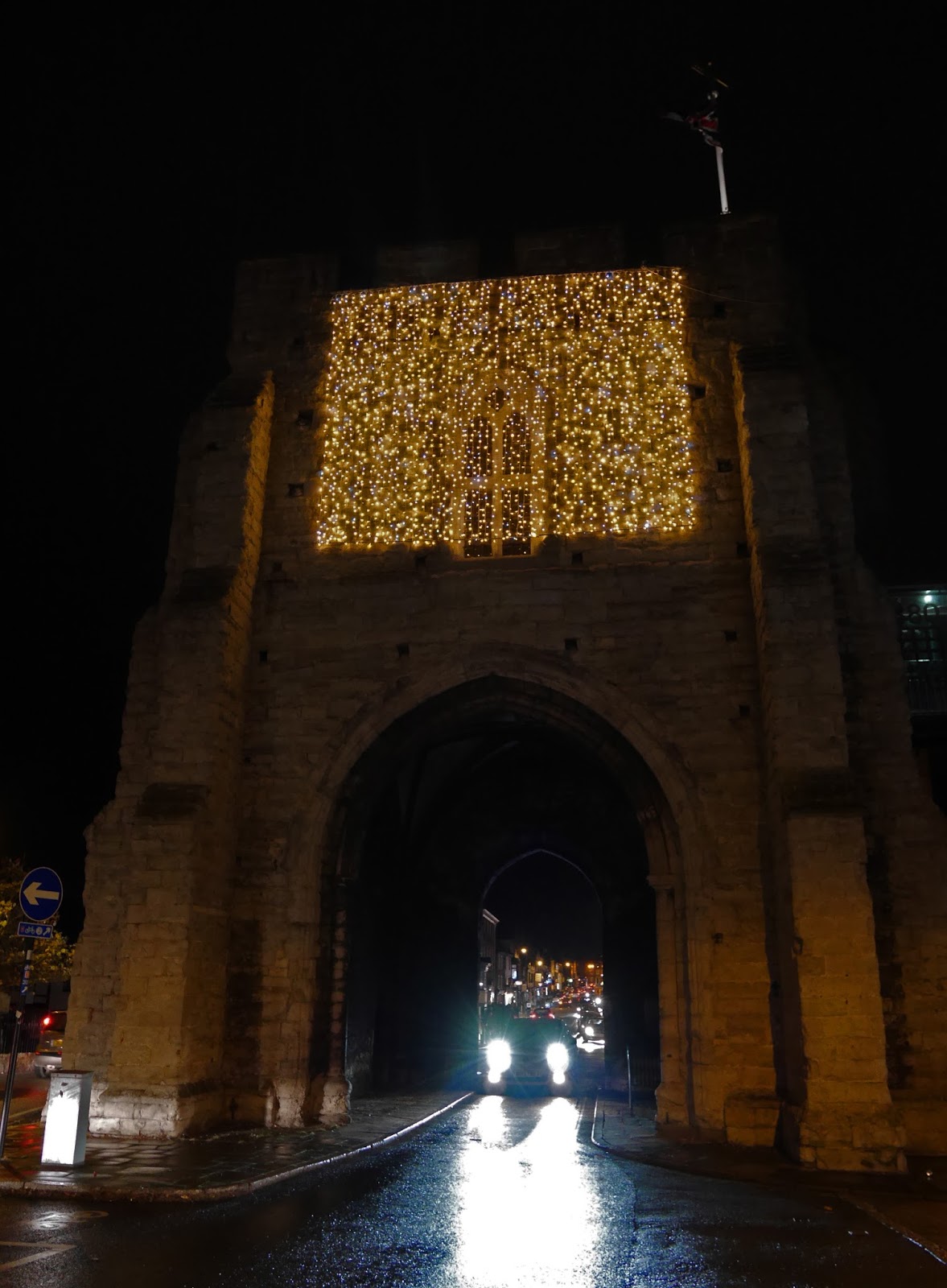 Canterbury really goes to town with it’s Christmas lights and it makes living here so special during the festive season.
If you live anywhere near Canterbury, I highly recommend a visit during December. It’s the perfect place to go for a festive weekend away.
Thanks for reading my blog today.
Love
Kat
xxxx