At the start of December, we went to Munich for the weekend. We travelled to Germany on the Friday morning from Gatwick Airport and arrived in the famous Bavarian city late Friday afternoon. We took the S-Bahn straight to our hotel once we’d touched down in Germany, so that we could check in and drop our bags off, before heading over to Marienplatz and the Christmas markets. 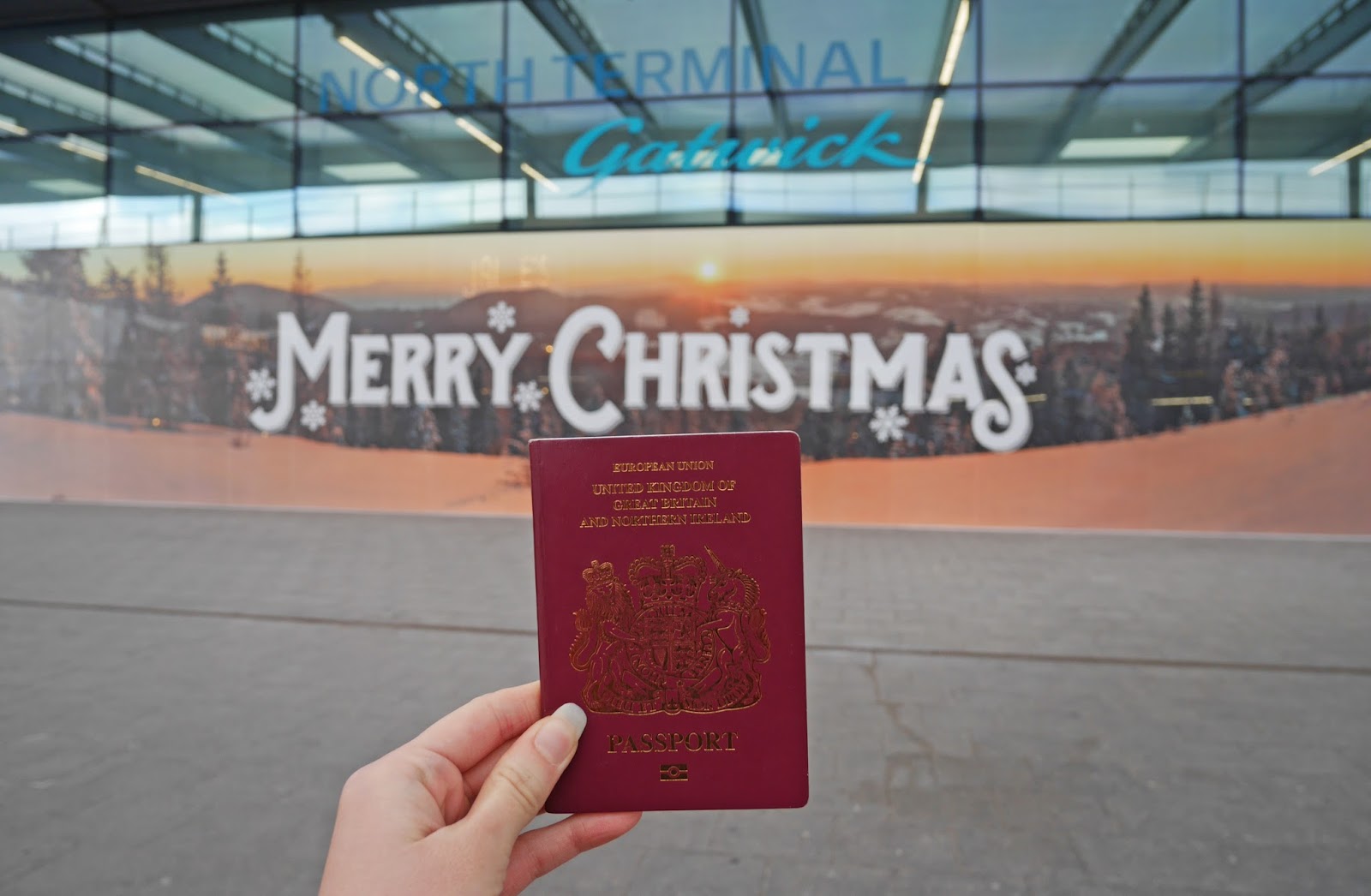 We made it to the markets at about 6pm, when it was just starting to get busy. We strolled around the markets for a few hours, marvelling at the beautiful fairy lights, trying the local street food and drinking hot chocolate. The atmosphere was electric and everybody seemed to be in the Christmassy mood. 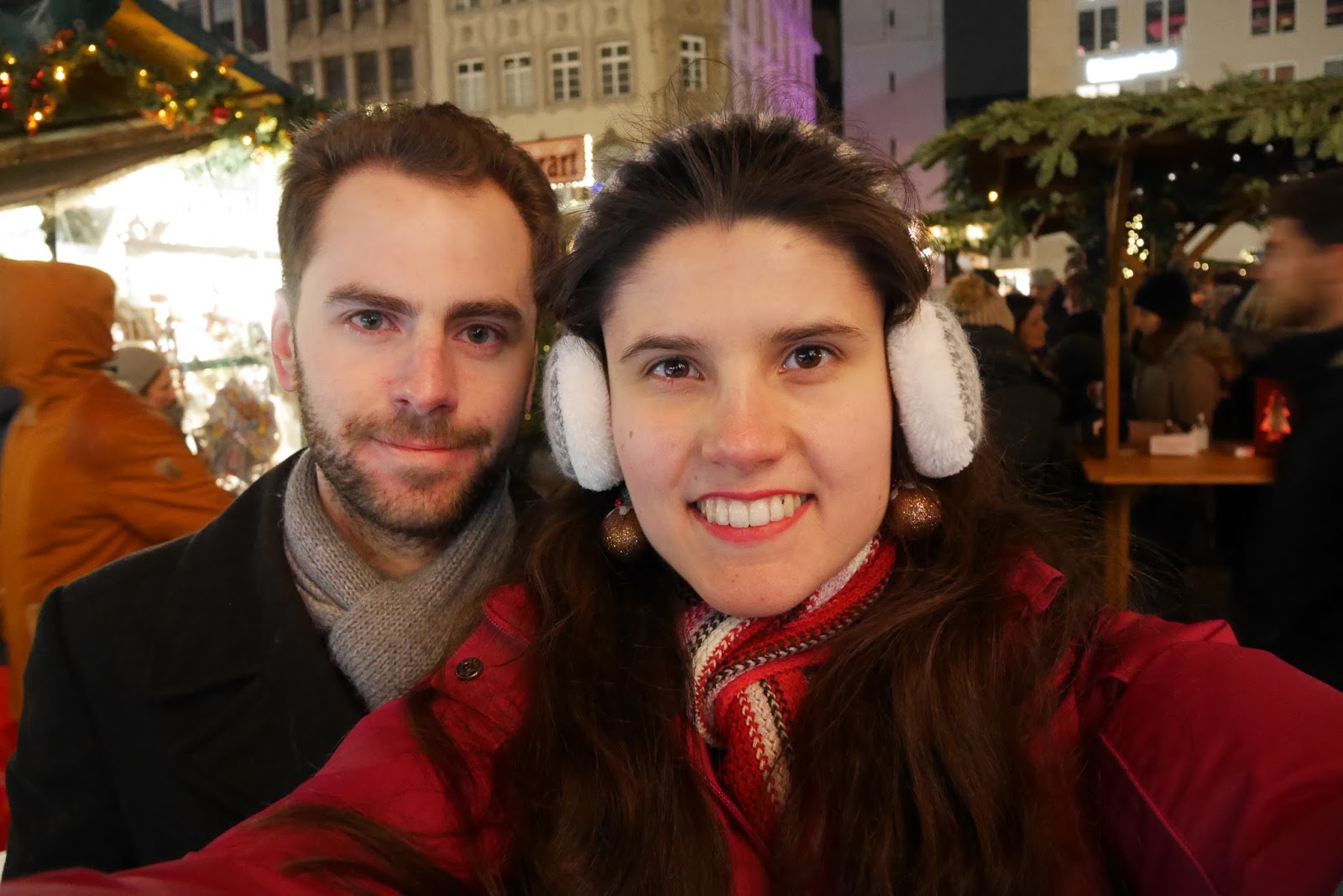 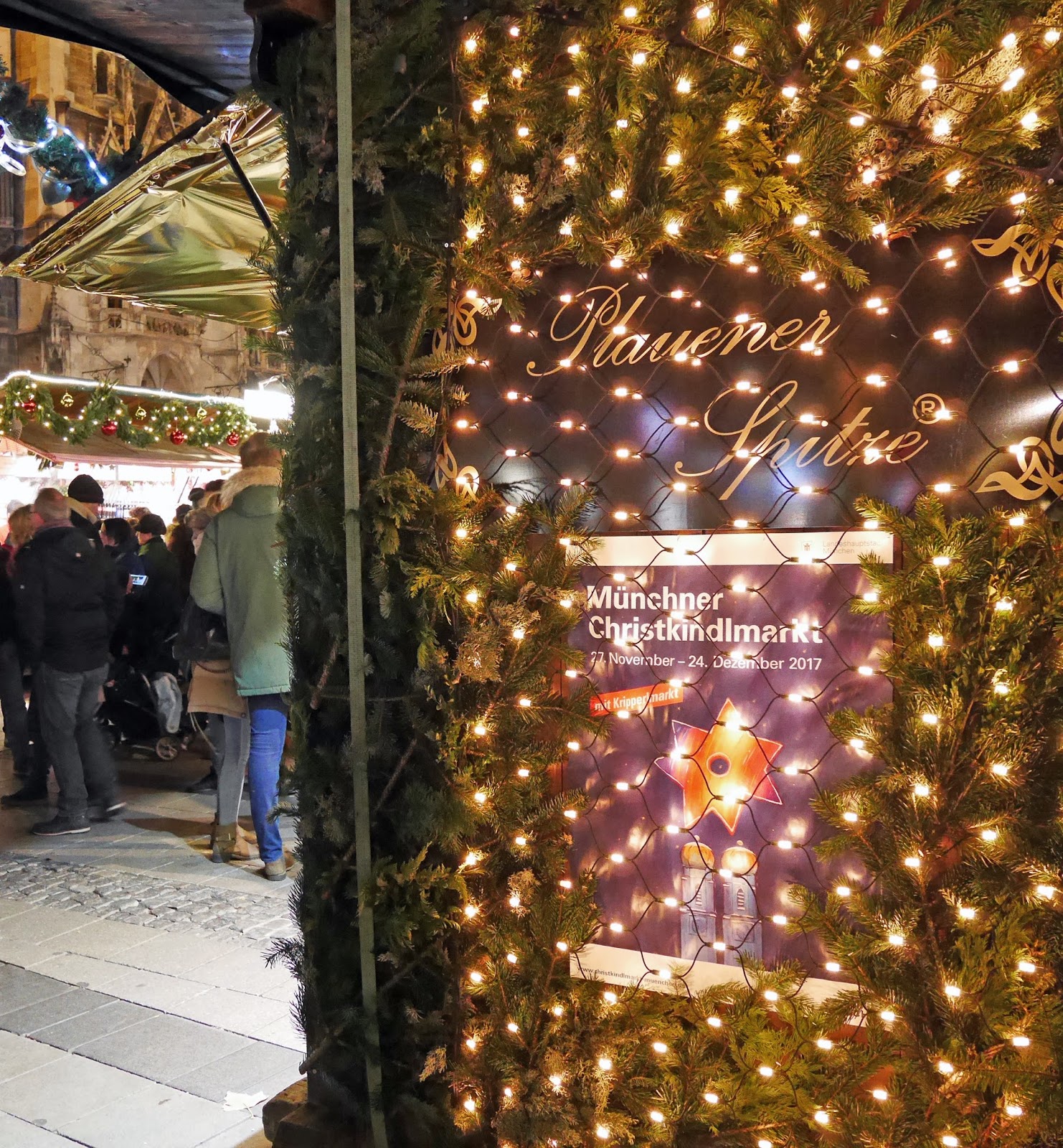 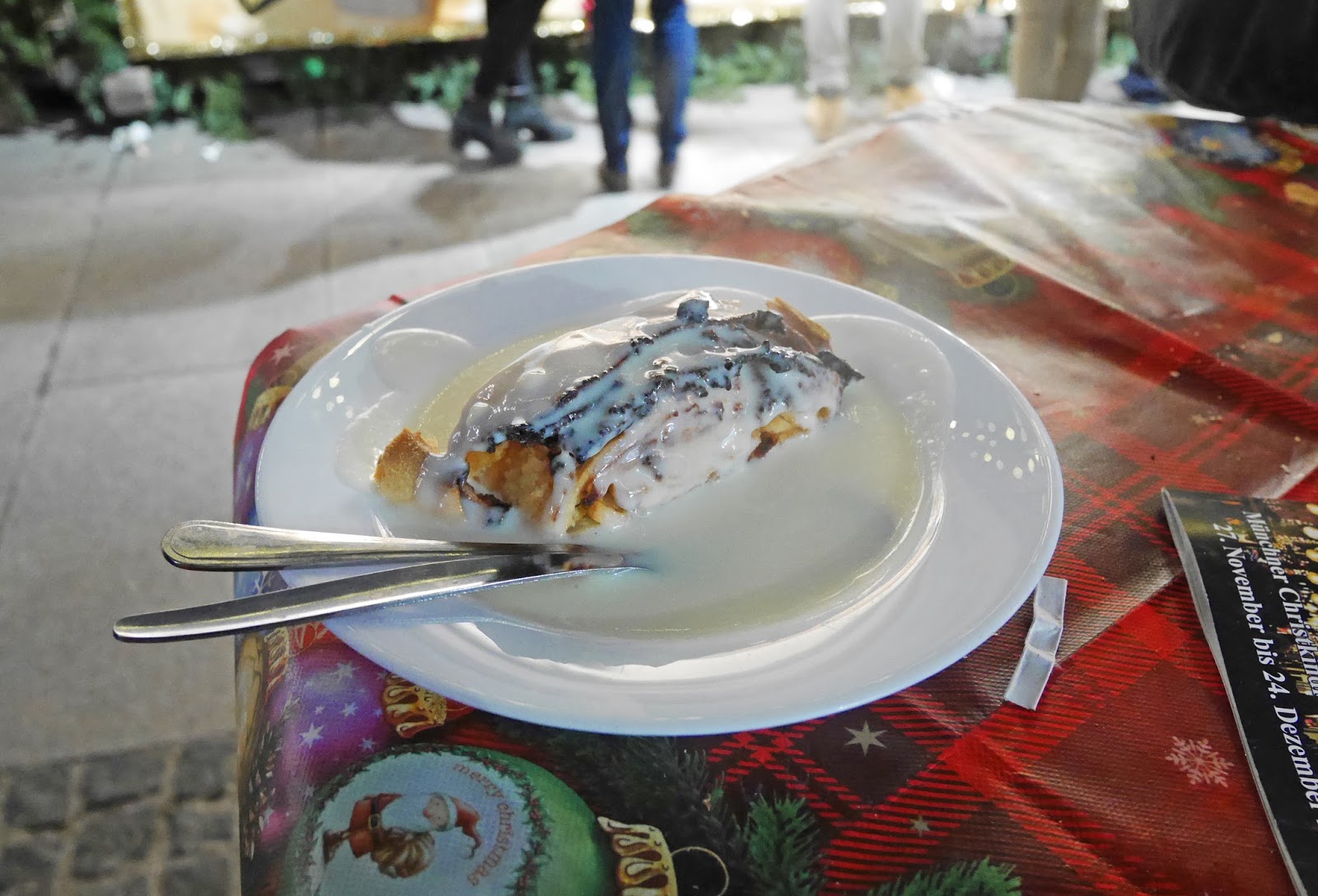 The following day we walked into the city centre early in the morning and stopped at a cafe for breakfast near Hauptbahnhof. We passed some beautiful architecture on the way into the centre. 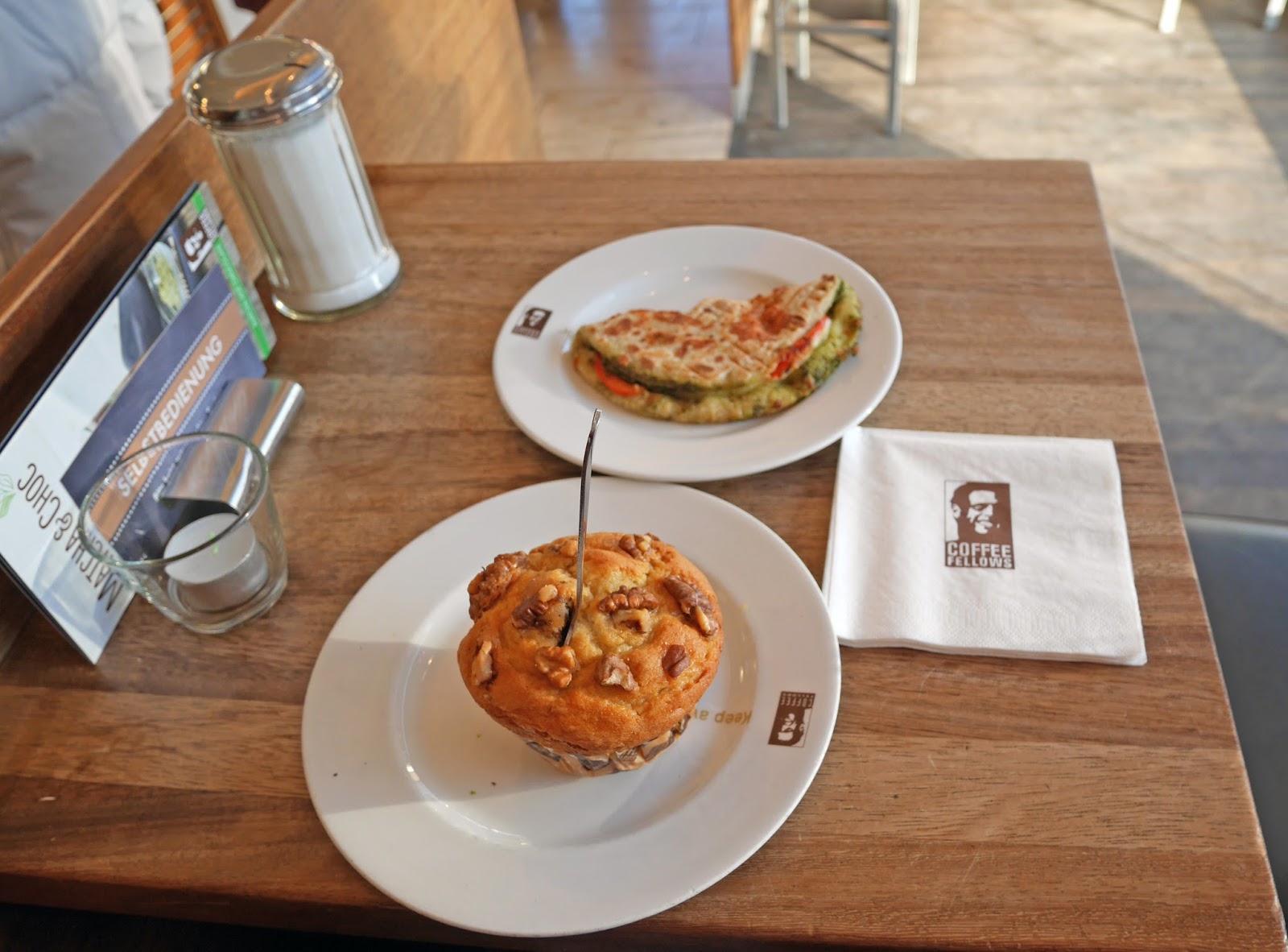 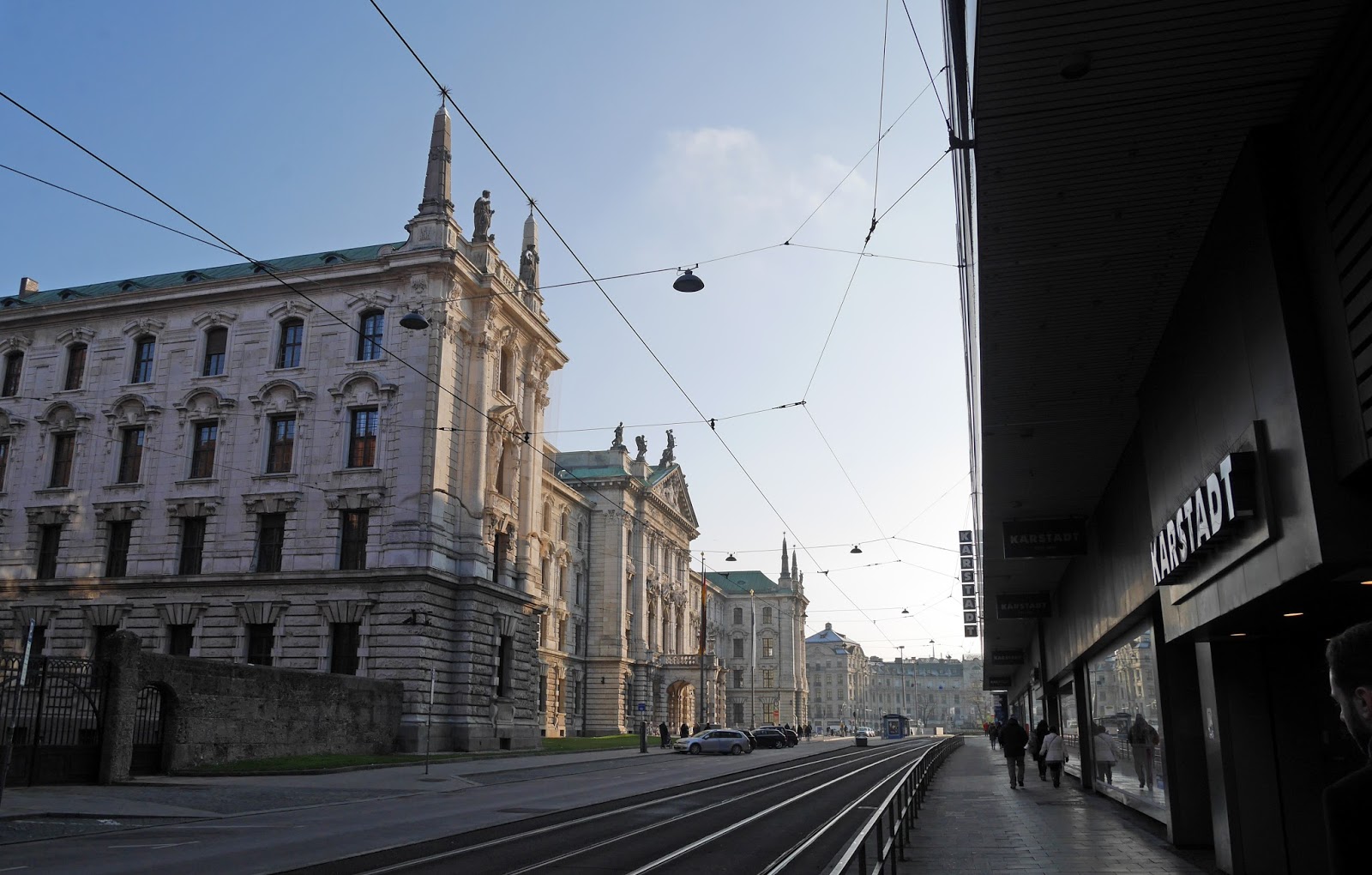 We visited the markets at 10am when they opened, before exploring more of the city later in the day. The Isar River wasn’t far away from the centre so we walked over there during the late morning. 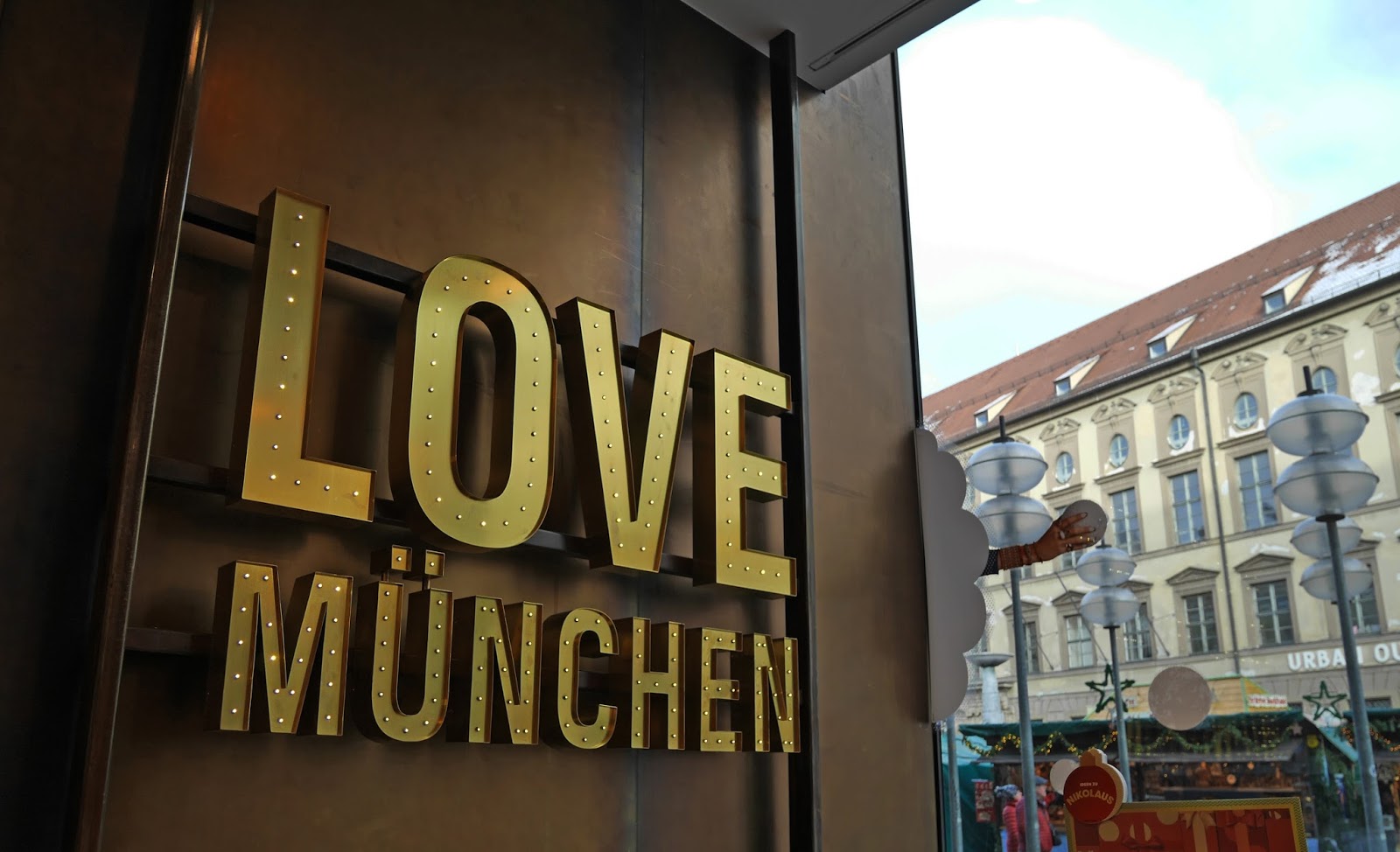 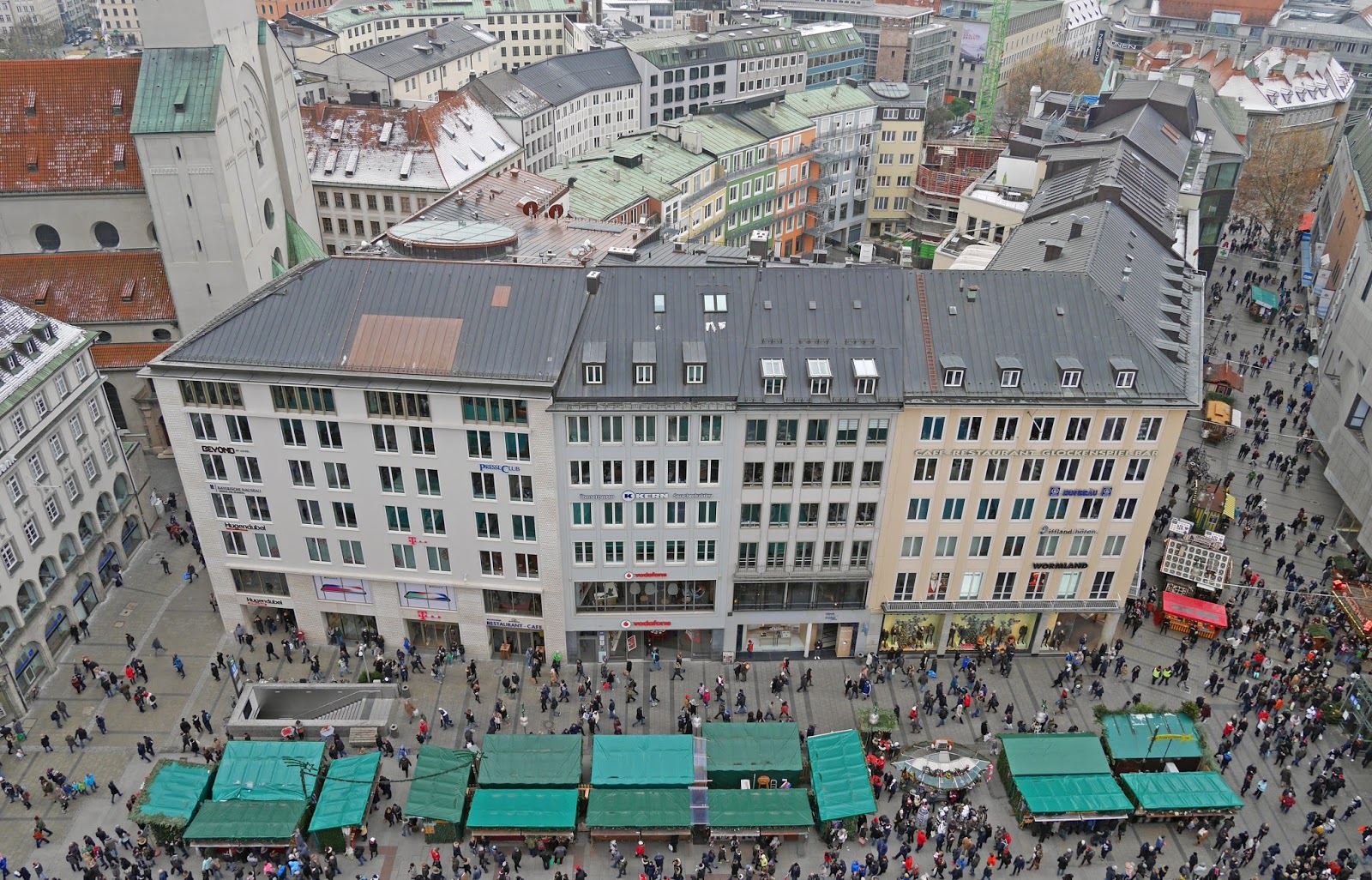 It only cost a Euro to go up to the top of the Town Hall clock tower, so we took the lift up to the top in the early afternoon and saw some spectacular views of the city. It had been snowing a few days before we arrived in Munich, so there was still some snow on roof tops. We visited some other Christmas markets during the afternoon and took a trip to one of the city gardens. When it started to get cold, we headed into a Starbucks for some warmth and also kept popping in and out of shops. 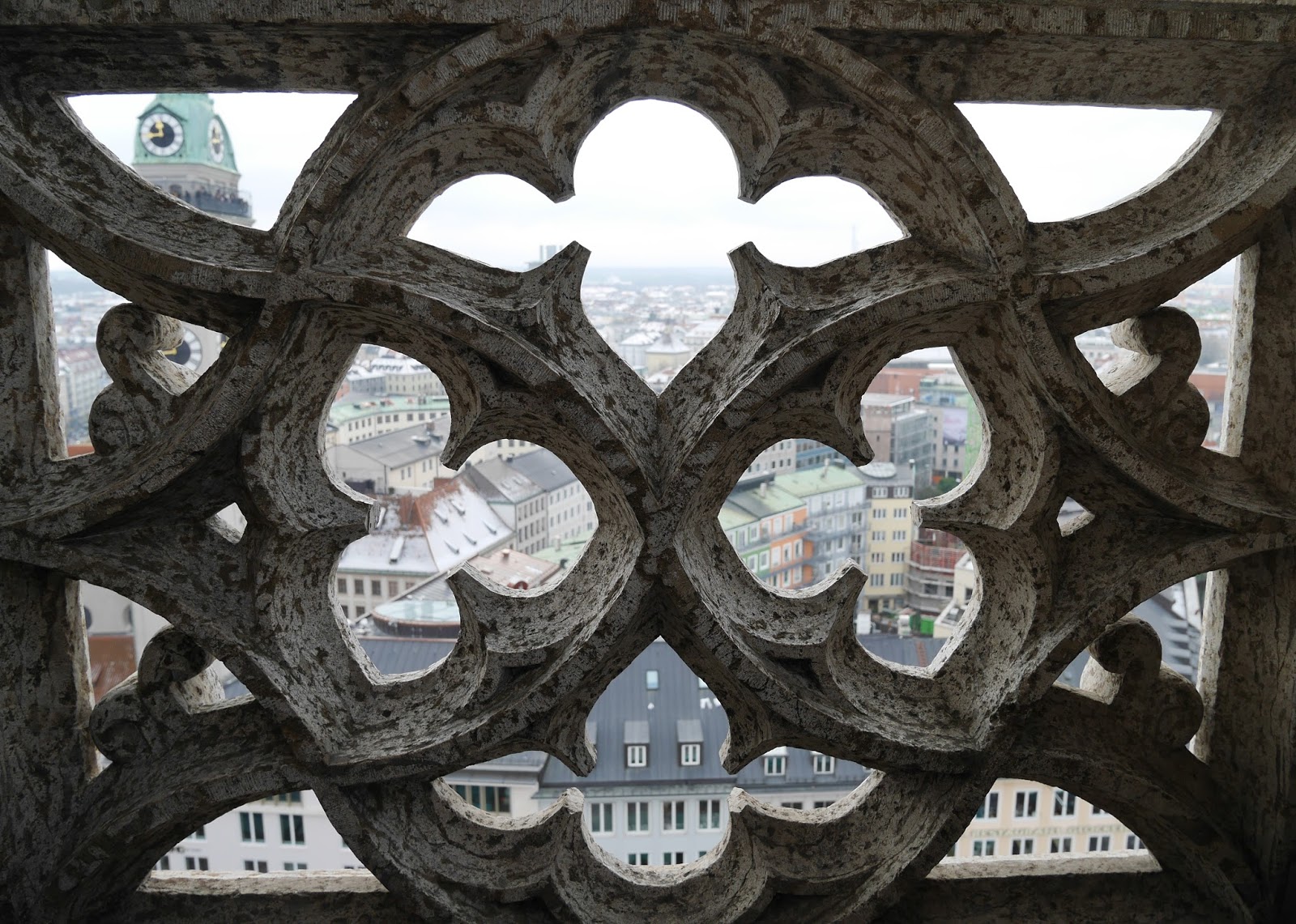 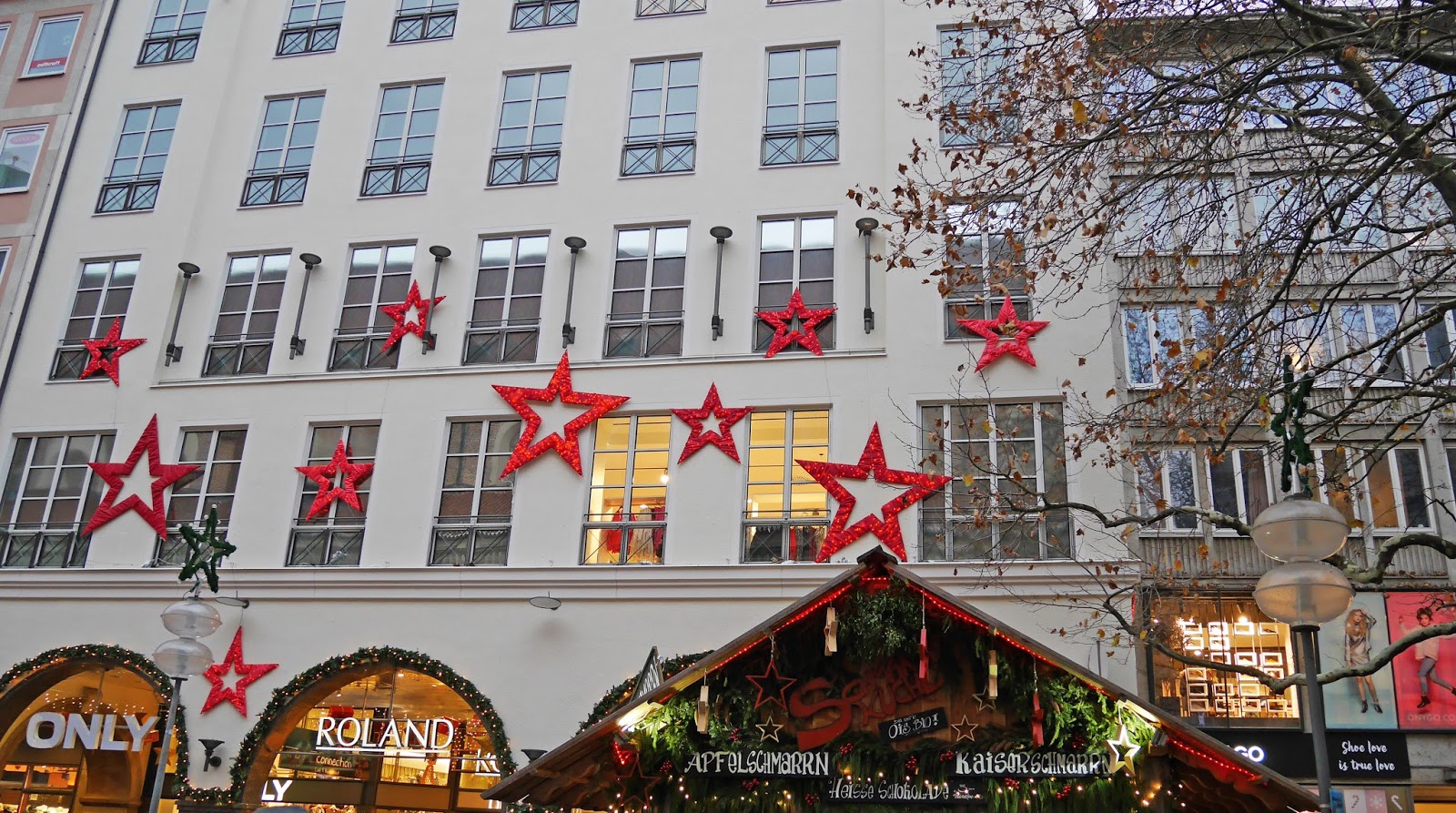 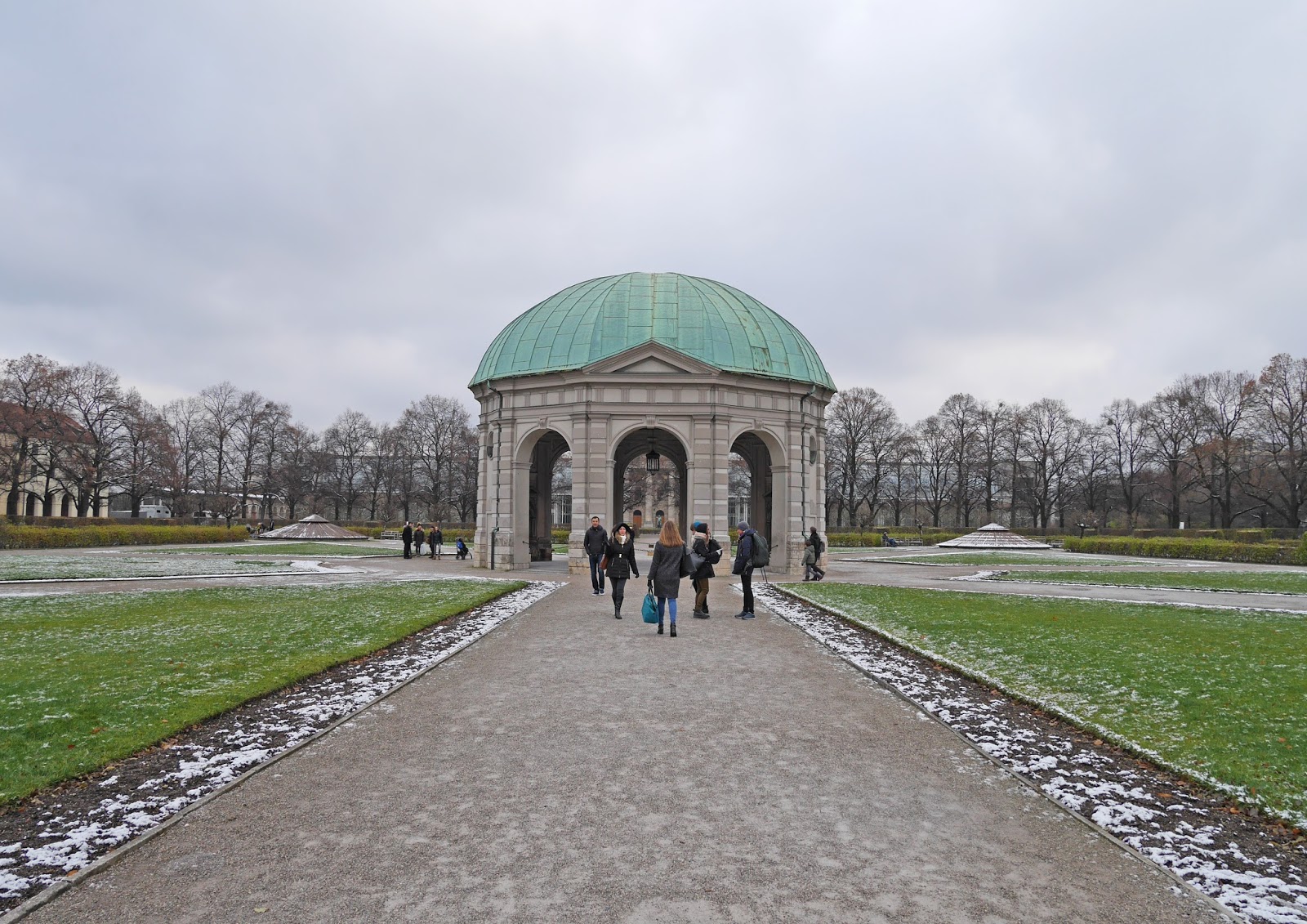 We finished the day at the Marienplatz markets when it started to get dark. I had a veggie burger from one of the market stalls which only cost €3! After a busy day exploring, we headed back to the hotel for an early night. Our flight the next day was early in the morning, so we wanted to make sure everything was packed that evening. 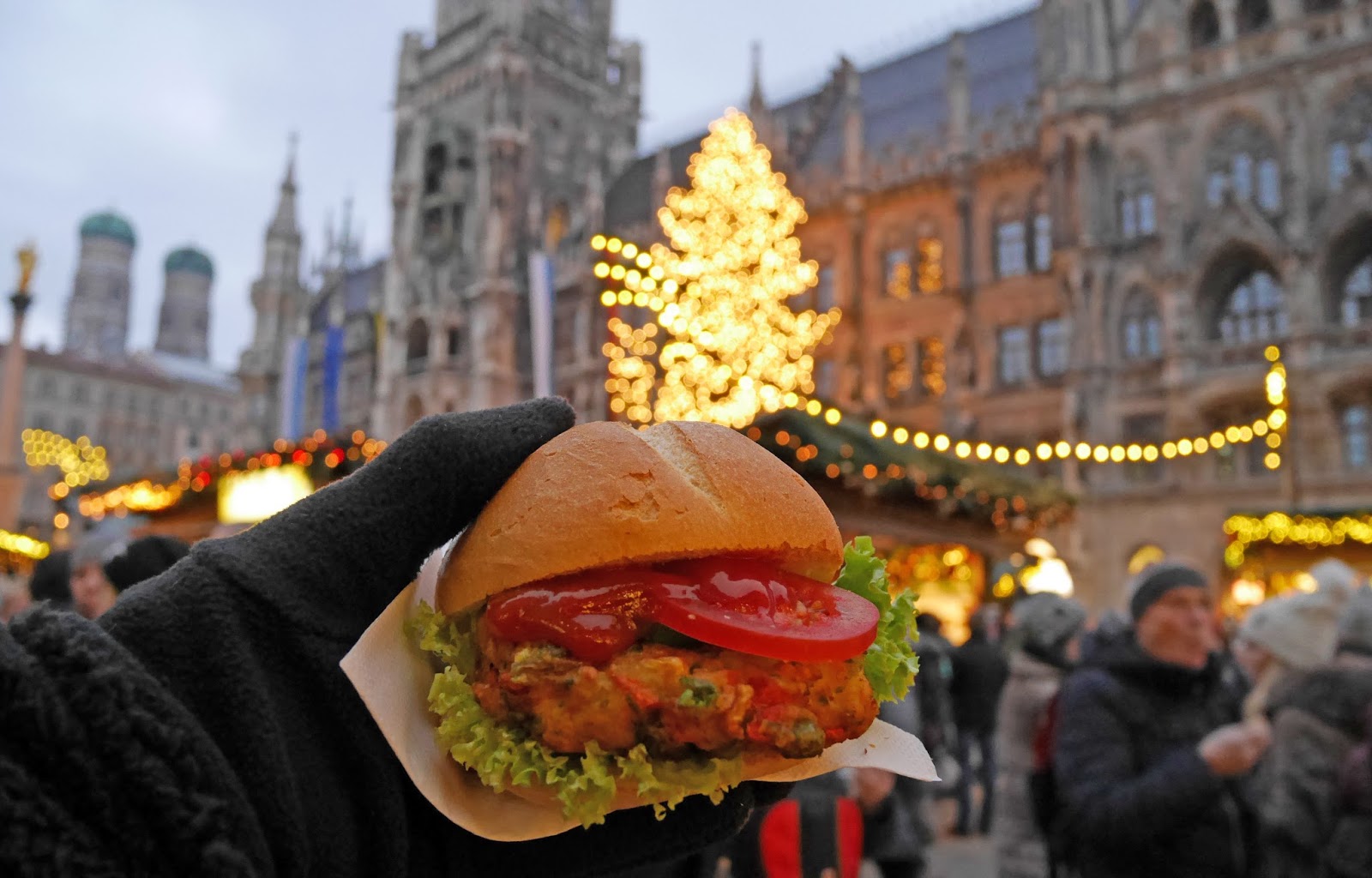 It was a spectacular weekend, filled with good food, sightseeing and lots of festive cheer.

Have you ever been to Munich?
Thanks for reading my blog today.
Love
Kat
xxxx