Staying in a cottage in the Peak District

In late March, Stuart, my parents and I headed to the Peak District National Park for a weekend away. We checked into a little cottage about 10 minutes from Bakewell: a town at the heart of the park, and spent the Easter Weekend there, exploring the area of natural beauty. 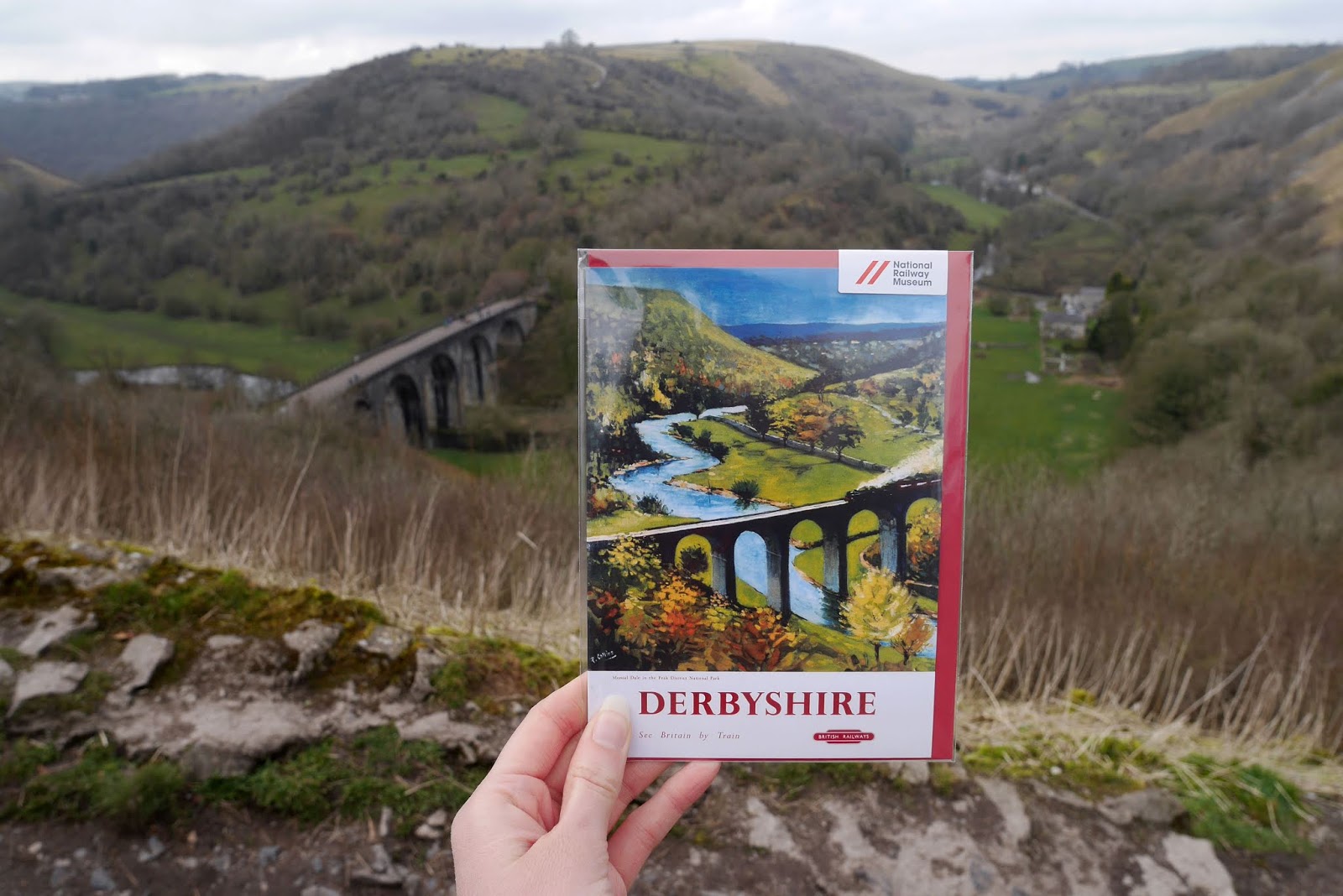 After stopping at a friend’s house in Nottingham, we arrived in the Peak District at about 2pm. We were supposed to be checking into our cottage at 4pm, so seeing as we had some time to kill, we decided to go out exploring. We followed the road to Bakewell and on route we found a lovely little craft shop, which was part of an Old Mill complex. You could buy tickets to go inside the mill, but we decided to just wander around the outside of it and pop into the stores situated on the complex. 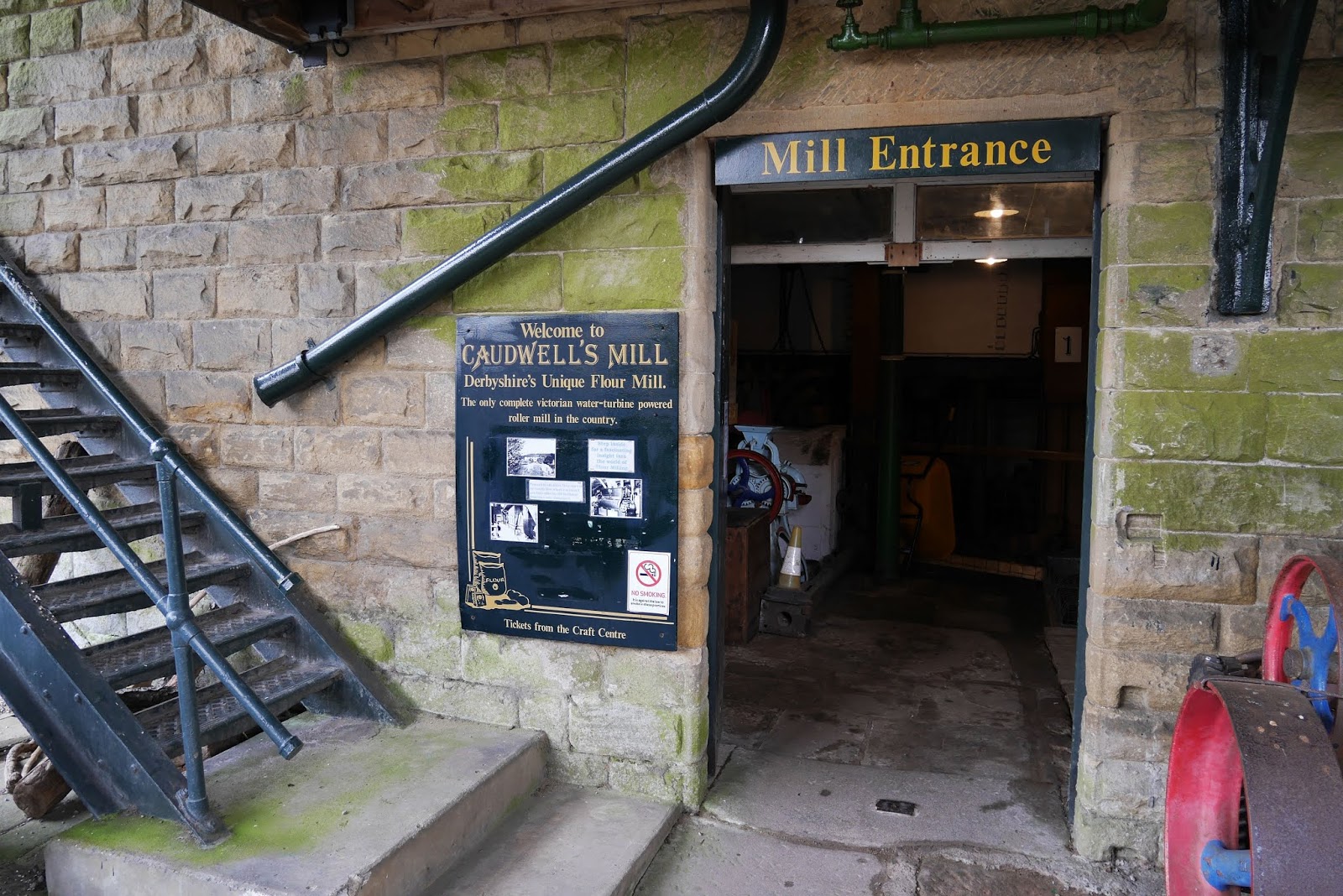 Once we’d looked around the Mill, we drove through Bakewell and carried onto Monsal Head: a very well known high point in the Peaks which looks down onto the Monsal Dale Valley. From Monsal Head, we strolled down to the viaduct at the centre of the valley and started walking along the old railway line which goes directly to Bakewell. It was muddy because of some rainfall the day before, but the scenery was beautiful. 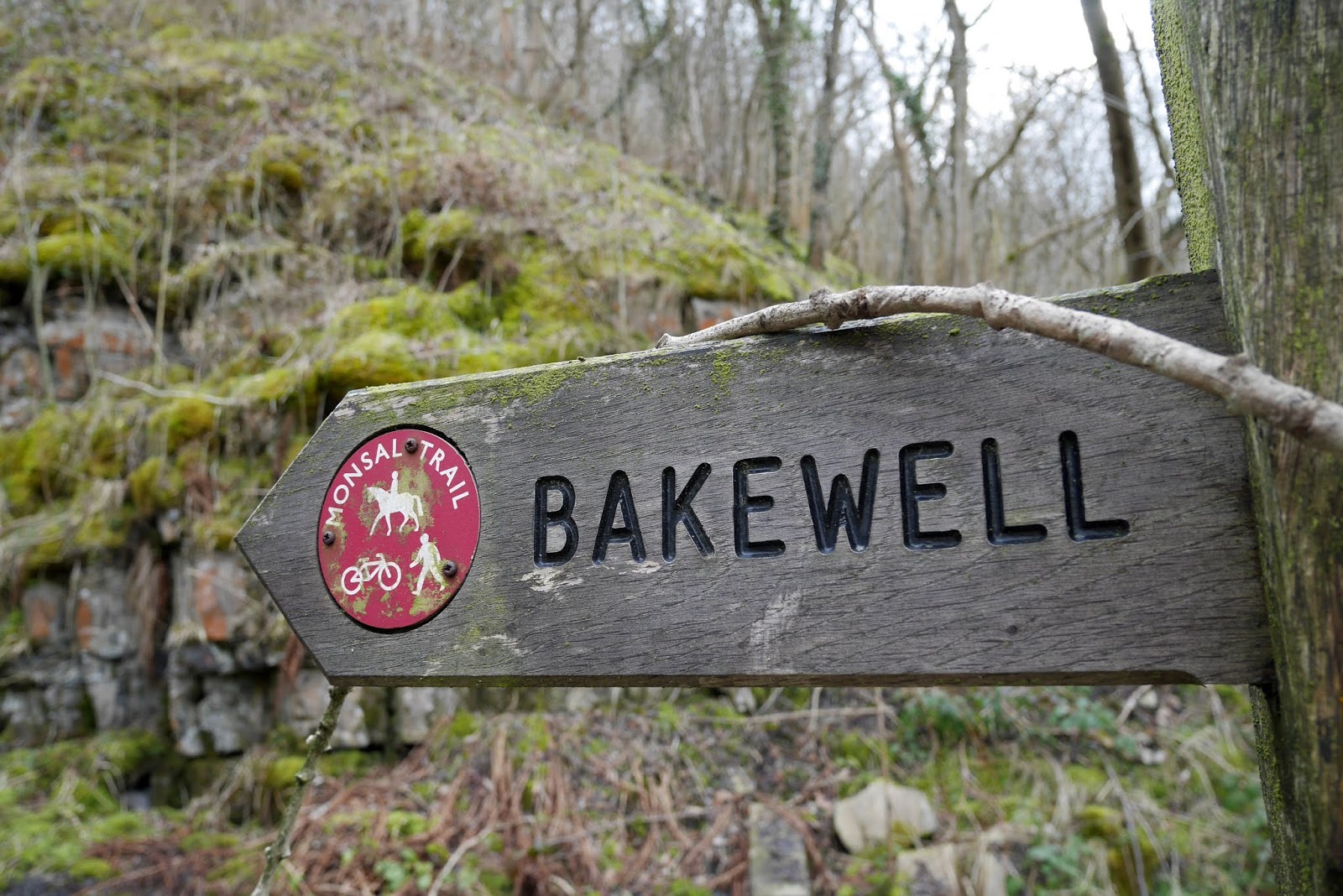 Next we drove back to Ashford-in-the-Water, which is in the direction of Bakewell, for tea and cake at the Aisseford Tea Room in the village. As it was Easter, there was bunting in the window and when you stepped inside, it was exactly how I’d pictured a local Derbyshire tearoom to be. There were fresh scones, pretty teapots and Peak District travel guides waiting to be read. There weren’t many shops and cafes in Ashford, so most walkers or tourists to the area stopped at the Aisseford Tea Room for a cuppa. 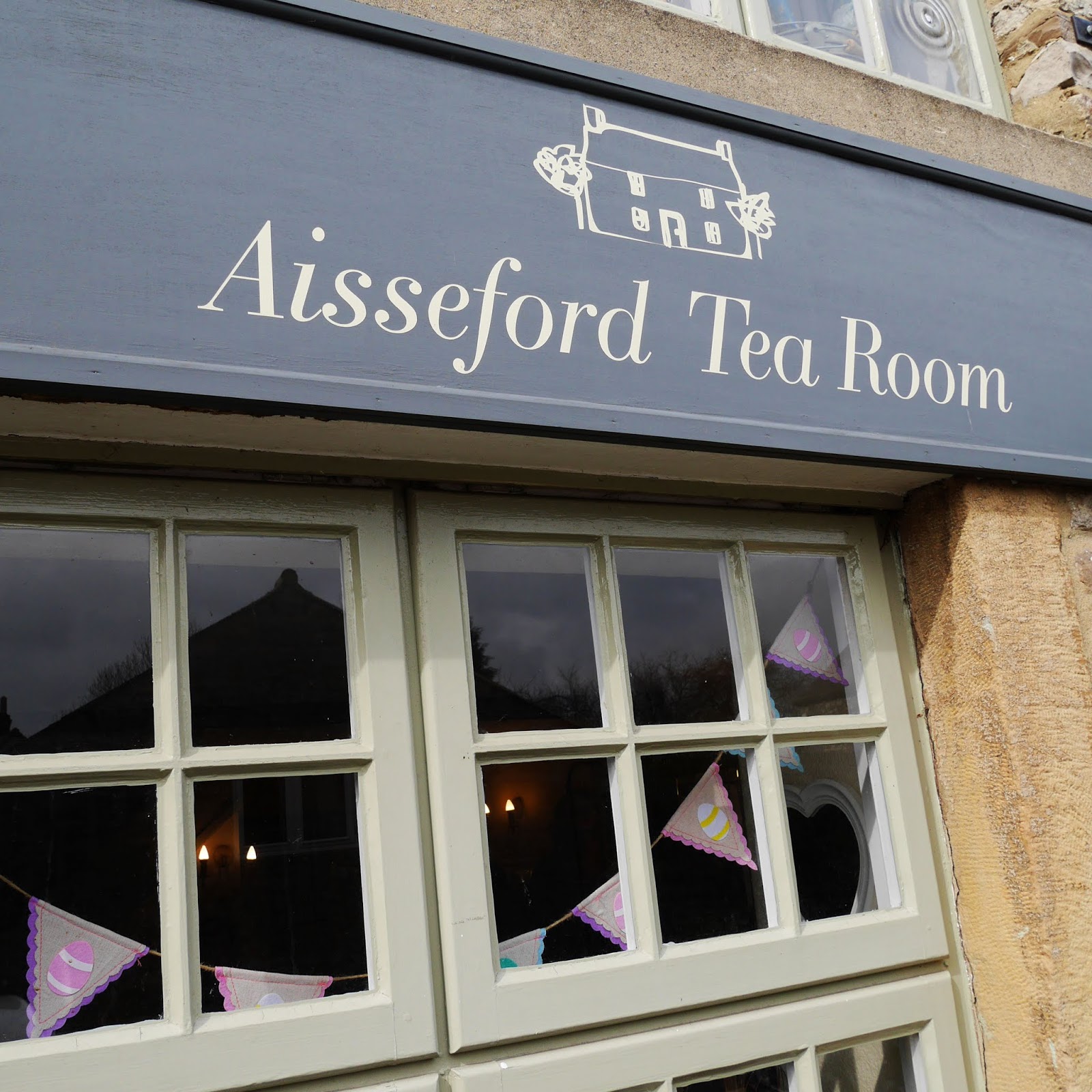 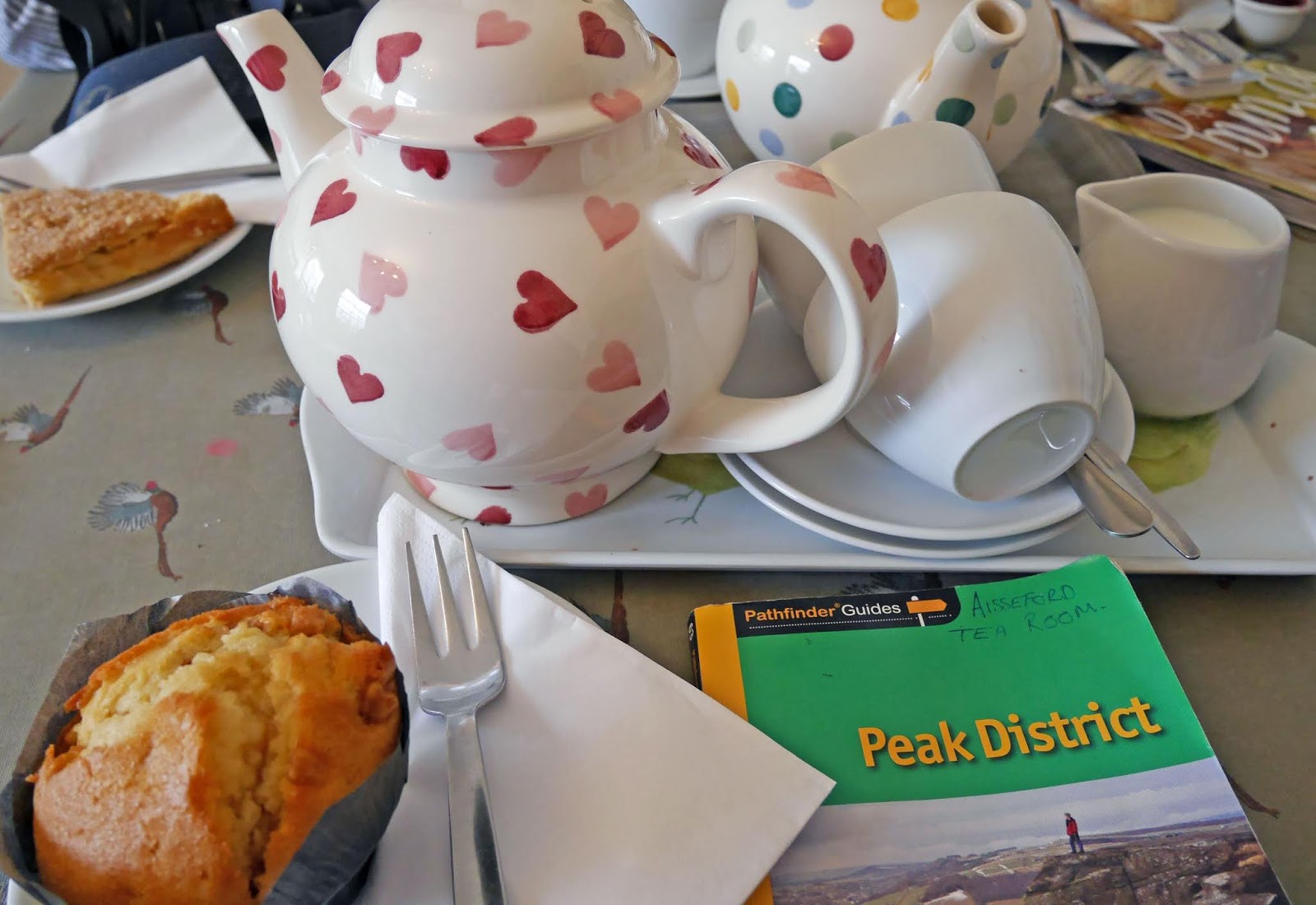 After we’d finished our tea, it was time to check into our cottage for the weekend. It was a short walk from the tea room and on a lovely central street in the village. When we stepped inside, we couldn’t believe how beautifully decorated it was. The hostess even left us Easter eggs, what a treat! 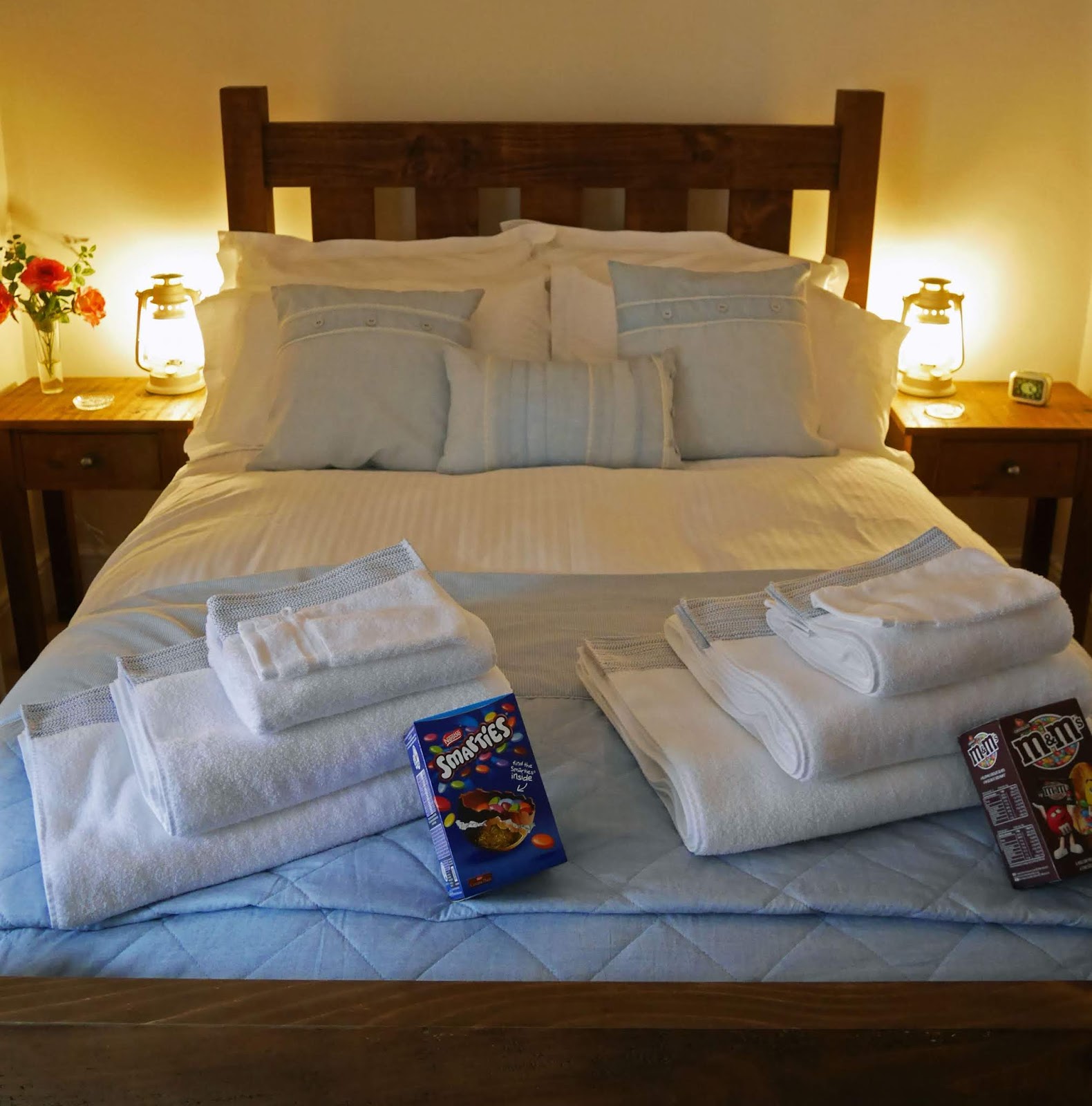 Once we’d dropped our bags at the cottage, we spent the rest of the evening and afternoon wandering around Ashford and nearby town Bakewell. We went to The Ashford Arms hotel for dinner and the chef was so accommodating of my fussiness with food, that he made me my own vegetarian Thai curry. It was delicious and so nice for me to find something to eat that’s not pizza or a veggie burger. 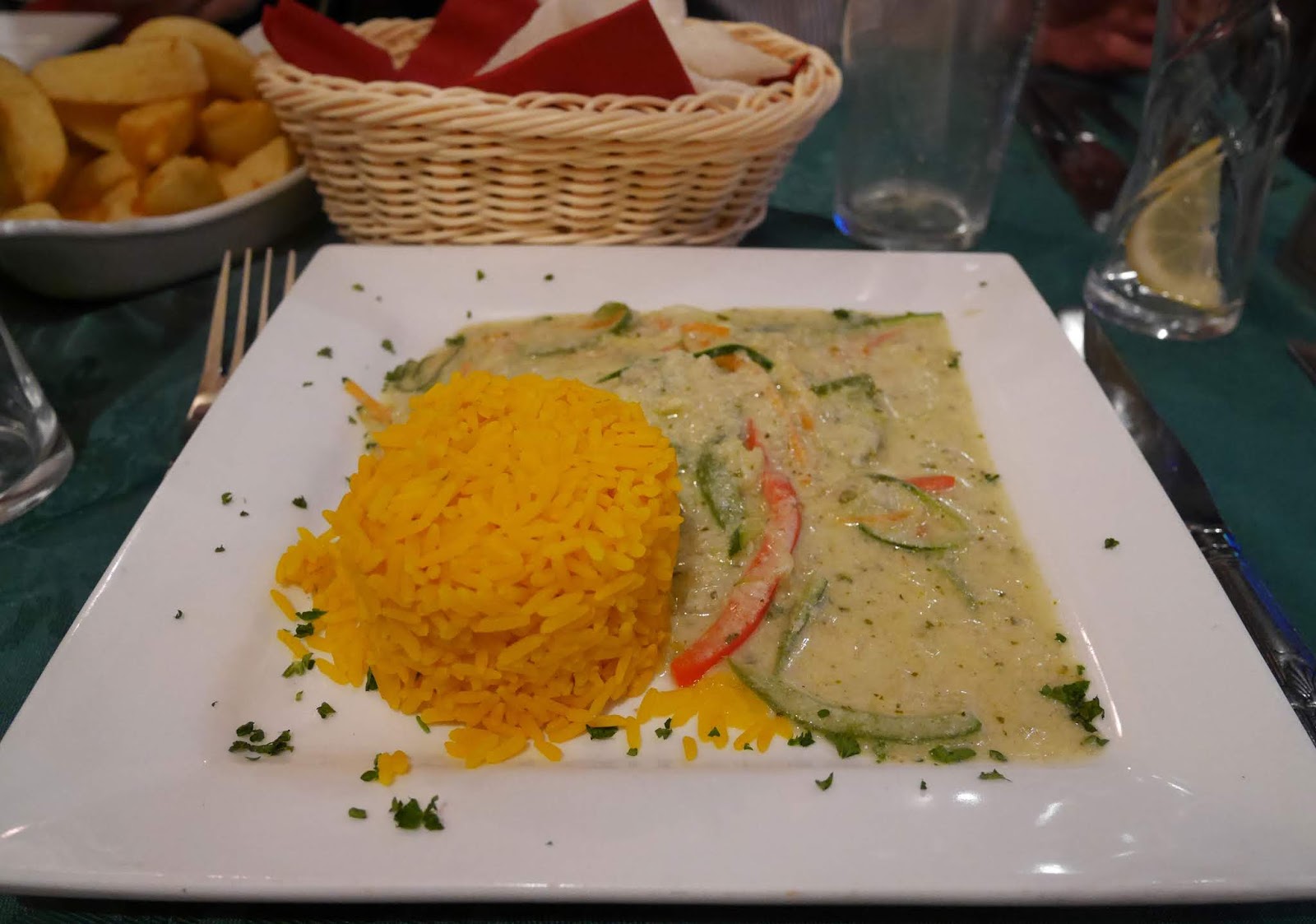 On Saturday we woke up bright an early for a day of exploring. Unfortunately it was raining a lot and we didn’t get to go hiking like we’d hoped, but we did get to see lots of pretty villages and towns around the National Park. We left Ashford at about 9am and went straight to Bakewell, where there was a lively market and Morris dancing going on in the street. Our stay in Bakewell was kept short as the weather was horrible, but after a quick wander we headed back into the car, so that we could visit more places further away from the cottage.

By late morning we were at Longnor, which is by far the quietest and most rural place that we ended up visiting during our time in the Peaks. The buildings were very old and the scenery was pleasant, but the village lacked atmosphere, so we didn’t stay very long. 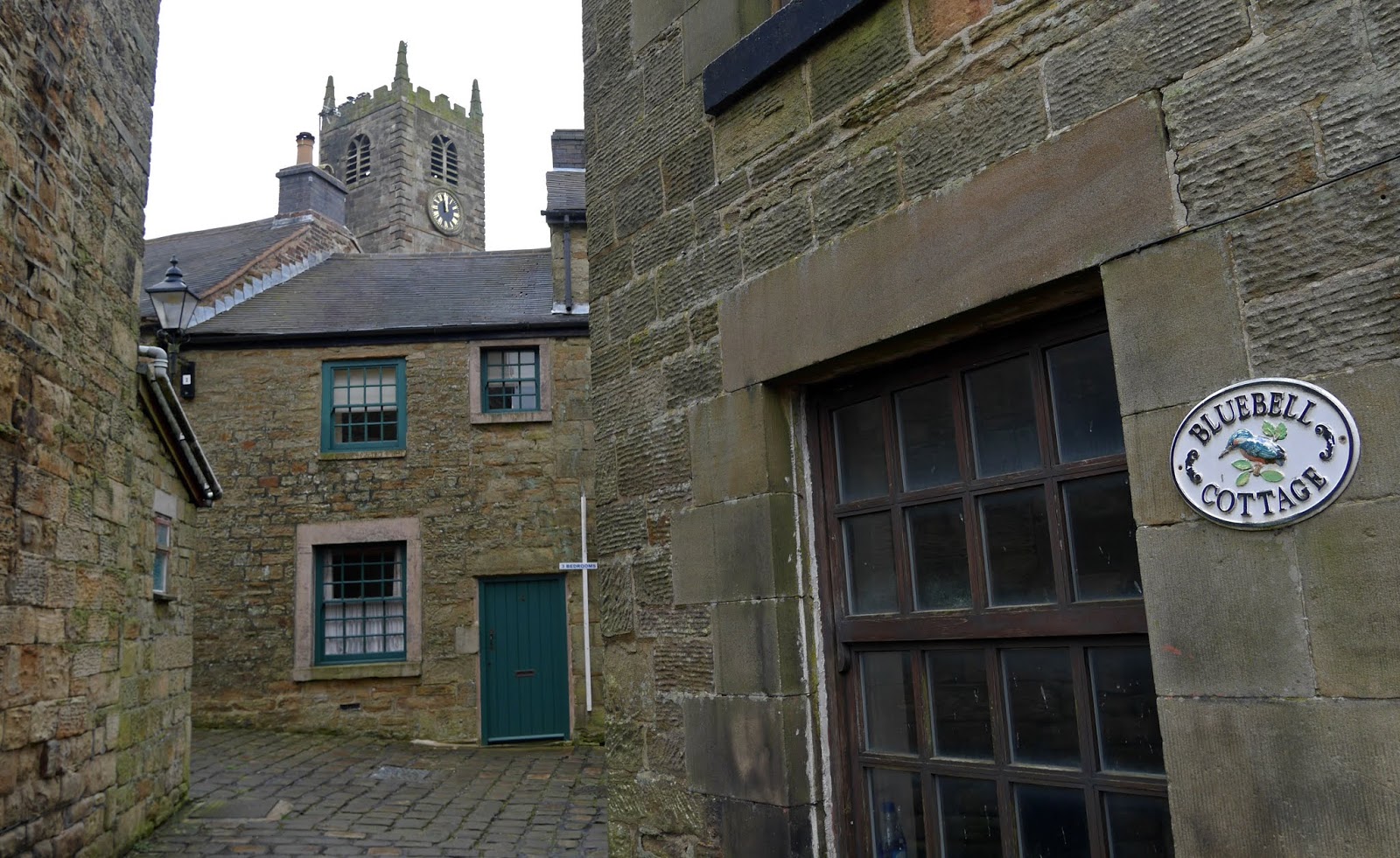 From Longnor we drove to Buxton, which was incredibly different and much bigger. We had lunch at a local cafe, before heading to the Buxton Pavilion, which is popular with tourists that are heading to the Peaks. The Pavilion is situated in a beautiful park, that is full of ducks and geese. Inside the Pavilion, we saw lots of beautiful flowers and plants, as well as art created by local artists, which was for sale. My Mum bought a beautiful square canvas from one of the artists, which depicted some sheep against the Peak District countryside. 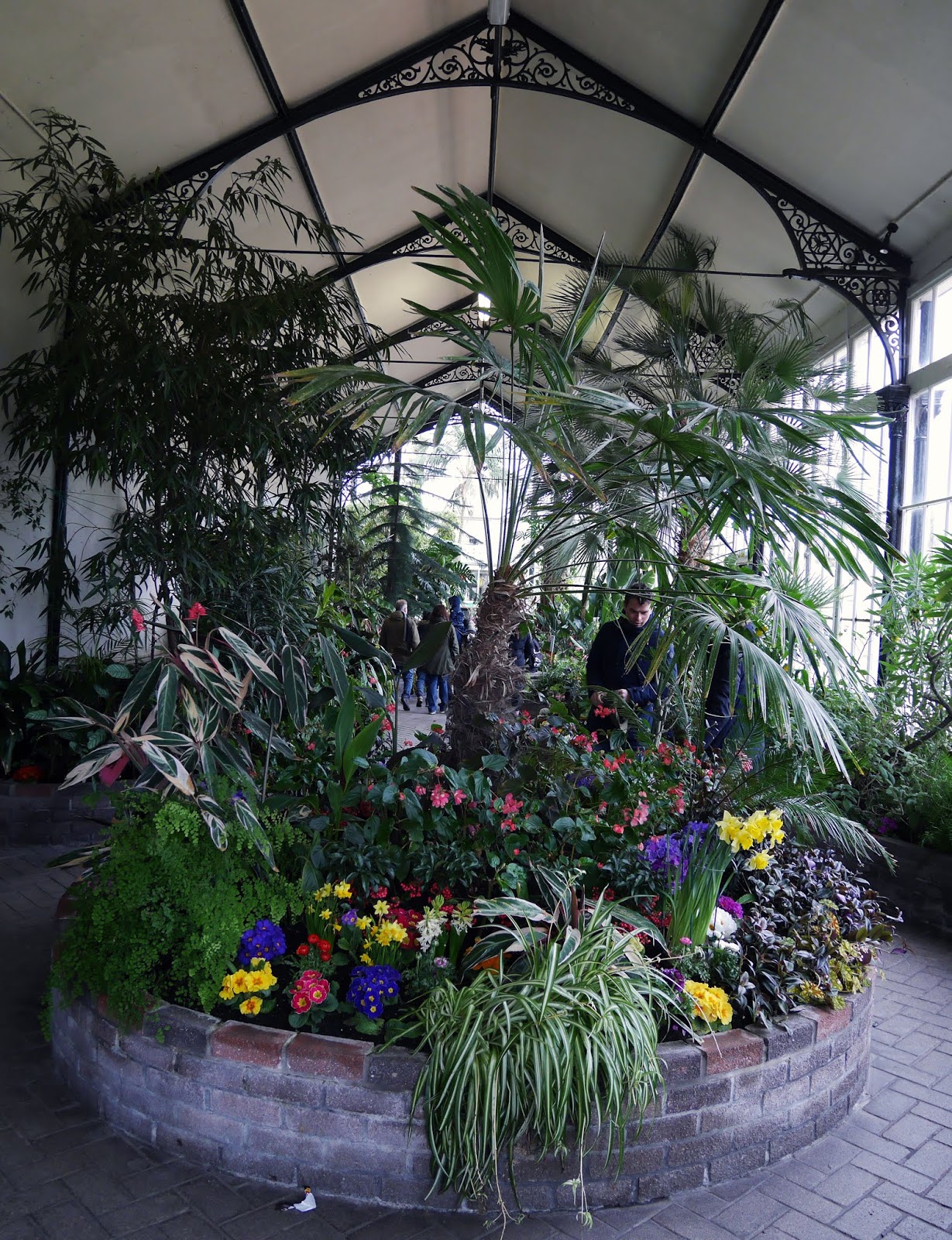 We spent the afternoon in Castleton and Hathersage, which are both located in the Northern part of the National Park. Castleton was my favourite village that we visited as it’s bustling and touristy, yet it’s also tranquil and set against the beautiful scenery of the Hope Valley. Hathersage was where we stopped for a cup of tea, before heading back to Ashford for a pizza night back at the cottage. Given that it’d been raining all day, we were pleased to retreat back to the dry and warm cottage. 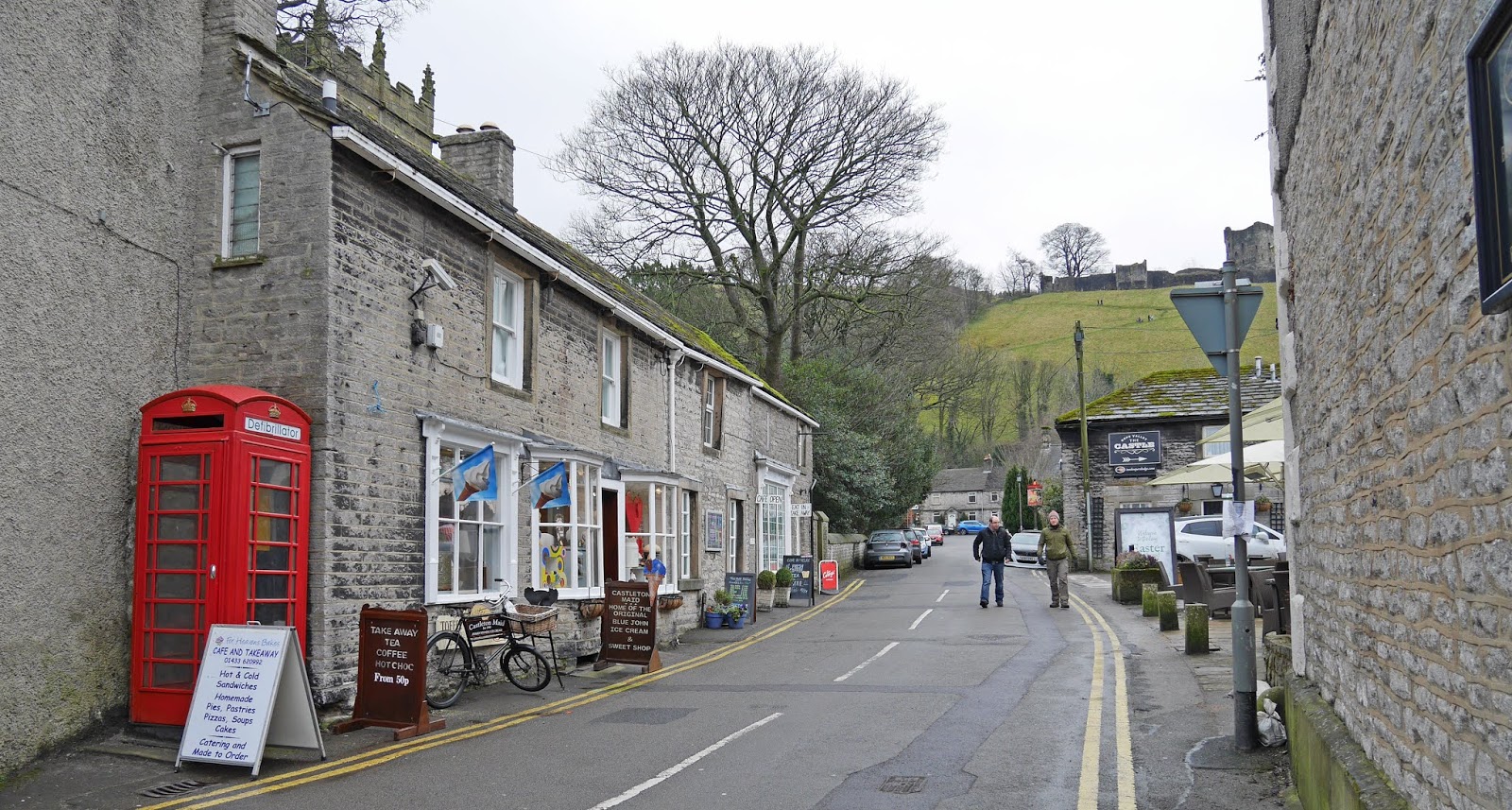 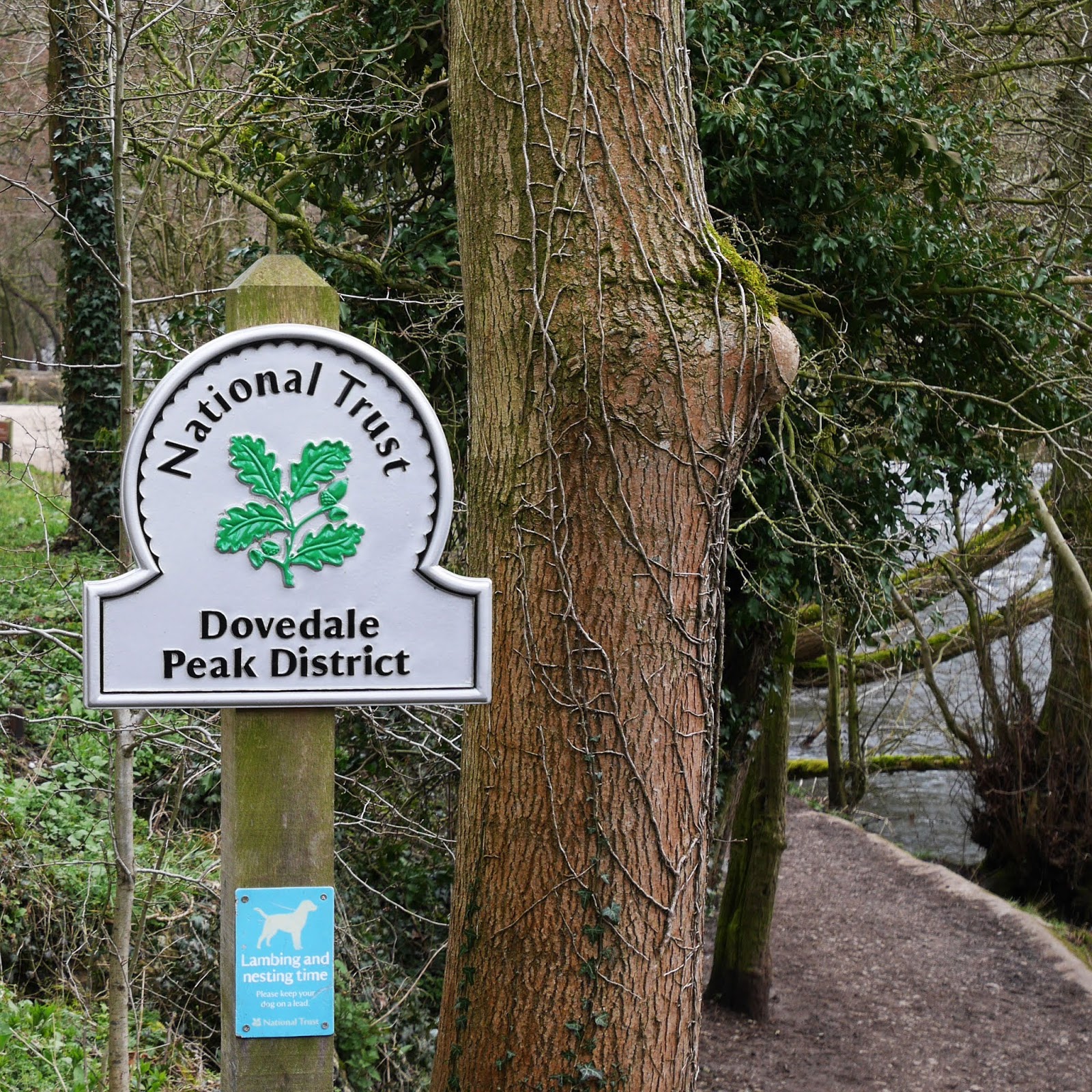 On Sunday morning, we were on the road out of Ashford quite early, as we wanted to get back to my parents house for a family afternoon. On the way out of the park, we stopped in Dovedale and Ashbourne briefly to take some photos. Dovedale has a National Trust site and it was great to go outside and see one of the valleys that the Peaks is famous for. In Ashbourne there were some really lovely buildings and I had a fab time getting some final photos of the Peak District. 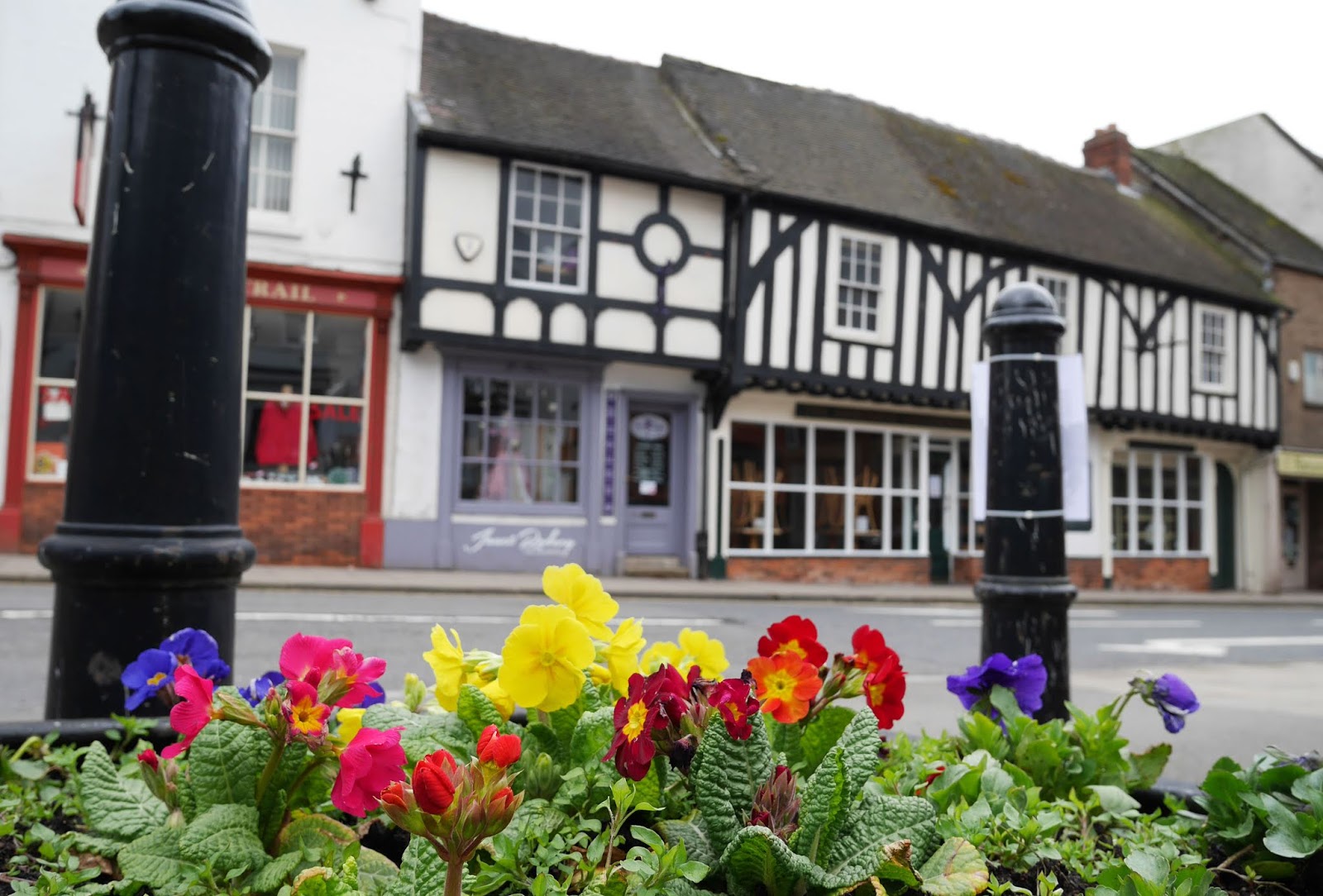 We had a great time exploring Derbyshire and the Peak District. Our cottage was so cute and the perfect base for a weekend of wandering.
Have you ever been to the Peak District?
Thanks for reading my blog today.
Love
Kat
xxxx