A magical day at Disneyland Paris

On the 21st April 2018, Stuart and I headed to Disneyland Paris for a magical day of rides, parades, fireworks and Mickey-shaped food. We started bright and early at park opening time and queued at the gates to the Disneyland Park for a few minutes, before getting to pass through the gates and walk right down the middle of Main Street USA. We were visiting on a very hot Saturday in April, so the park was busier than normal, but when we arrived the ride queues were as little as 5-10 minutes. 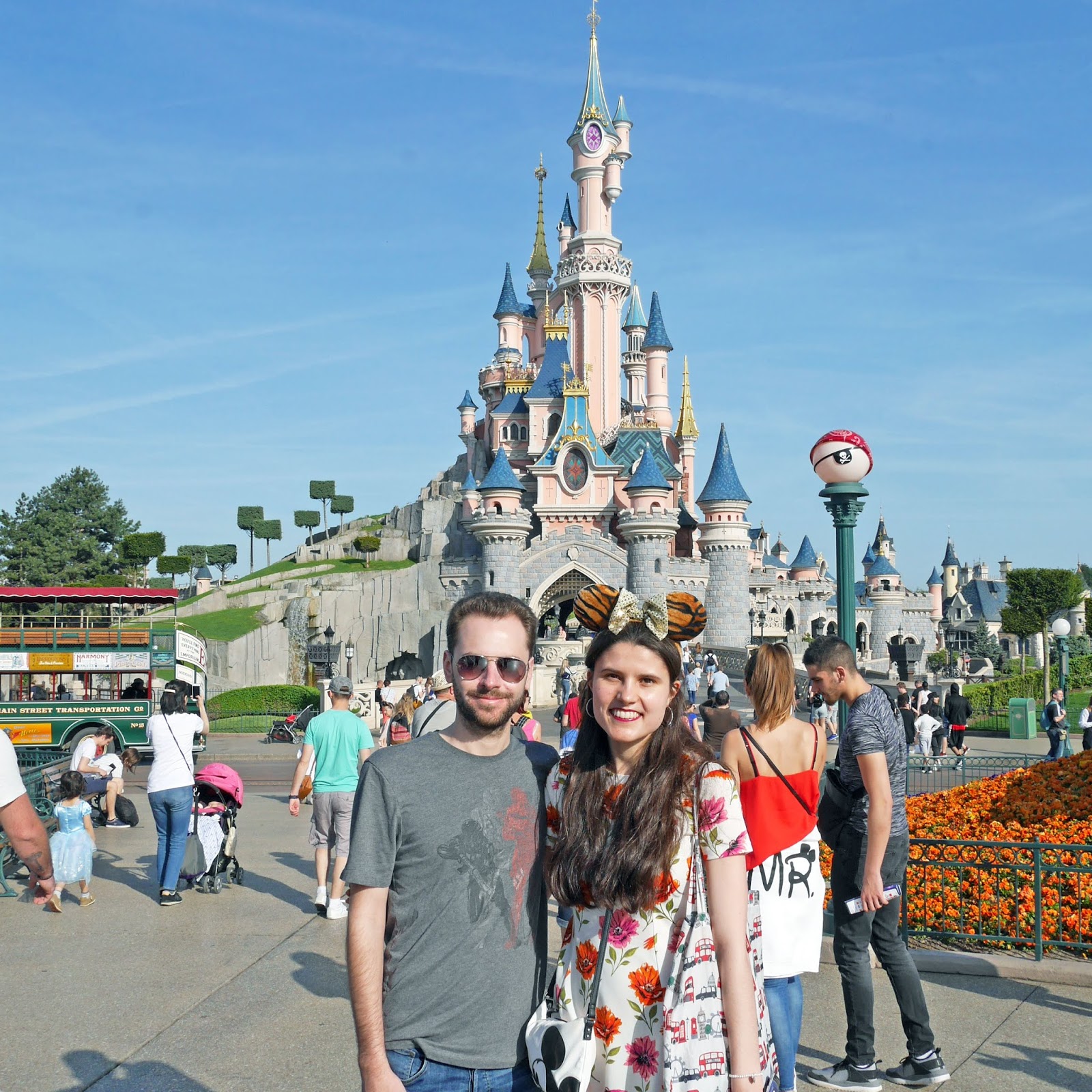 The first thing we did was stop for a photo outside the Castle. I was given a Disney frame for Christmas and I’d been saying since then that I wanted to fill the frame with a photo of us both in front of the Castle, so fortunately when we arrived there weren’t too many people waiting to get pictures, and we could ask a Cast Member to take a photo of us both. After I’d ticked off my must-do list item number one, we headed to Fantasyland to get a FastPass for Peter Pan’s Flight, which is one of my childhood favourites. Despite being a relatively small ride, Peter Pan usually has a massive queue and something I’ve learnt over the years is that you need to grab a FastPass ticket for this ride. It’s absolutely worth going on, but I wouldn’t queue hours for it! 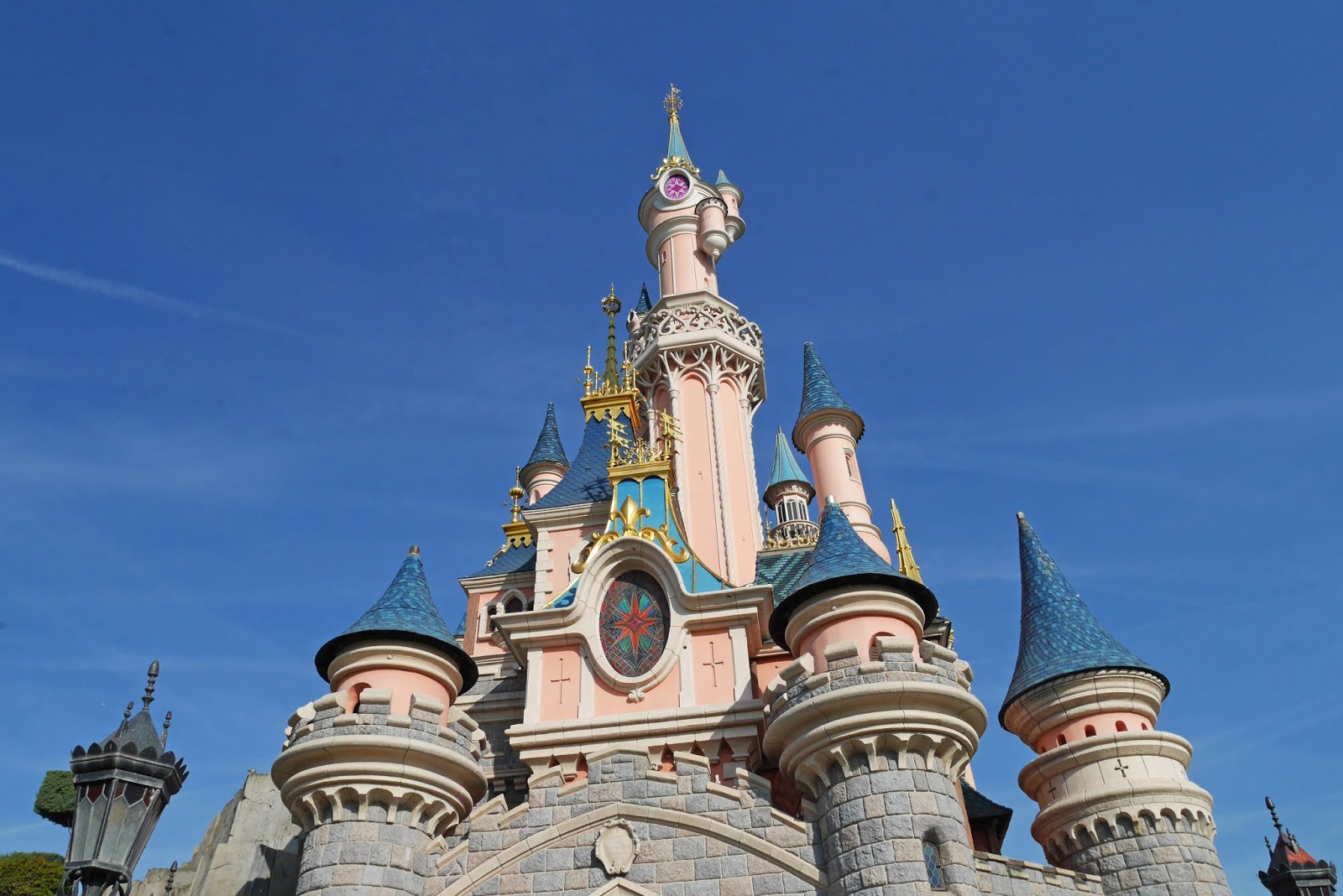 From Fantasyland we headed straight to Discoveryland and Hyperspace Mountain, the new Star Wars edition of the famous Space Mountain ride, which can be found at Disney Parks around the world. Since Disney bought LucasFilm in 2012, they have gone nuts for Star Wars and started building themed rides across their global theme parks and resorts. Hyperspace Mountain makes you feel like you’re part of a Star Wars movie. As you’re thrown around on the ride (quite literally, there are 360 degree turns), you can hear ships blasting each other and the Star Wars music in the background. Stuart and I both thoroughly enjoyed it and thought the new ride was both exhilarating and fun! 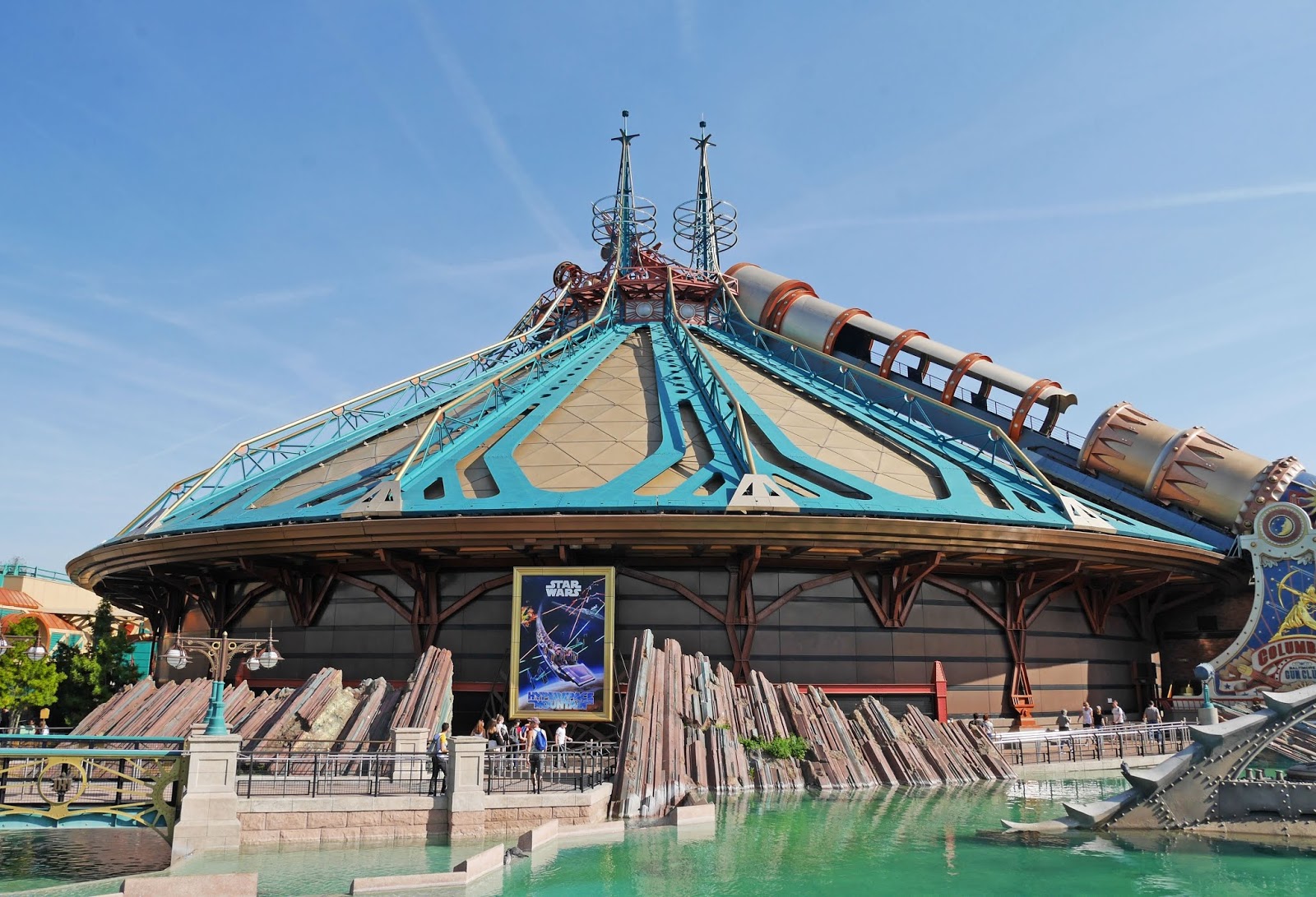 Throughout the rest of the morning we covered Star Tours, Indiana Jones and then went back to Peter Pan during our allotted time. Given that these are 3 popular rides, I thought we did really well to fit them all in before lunch. 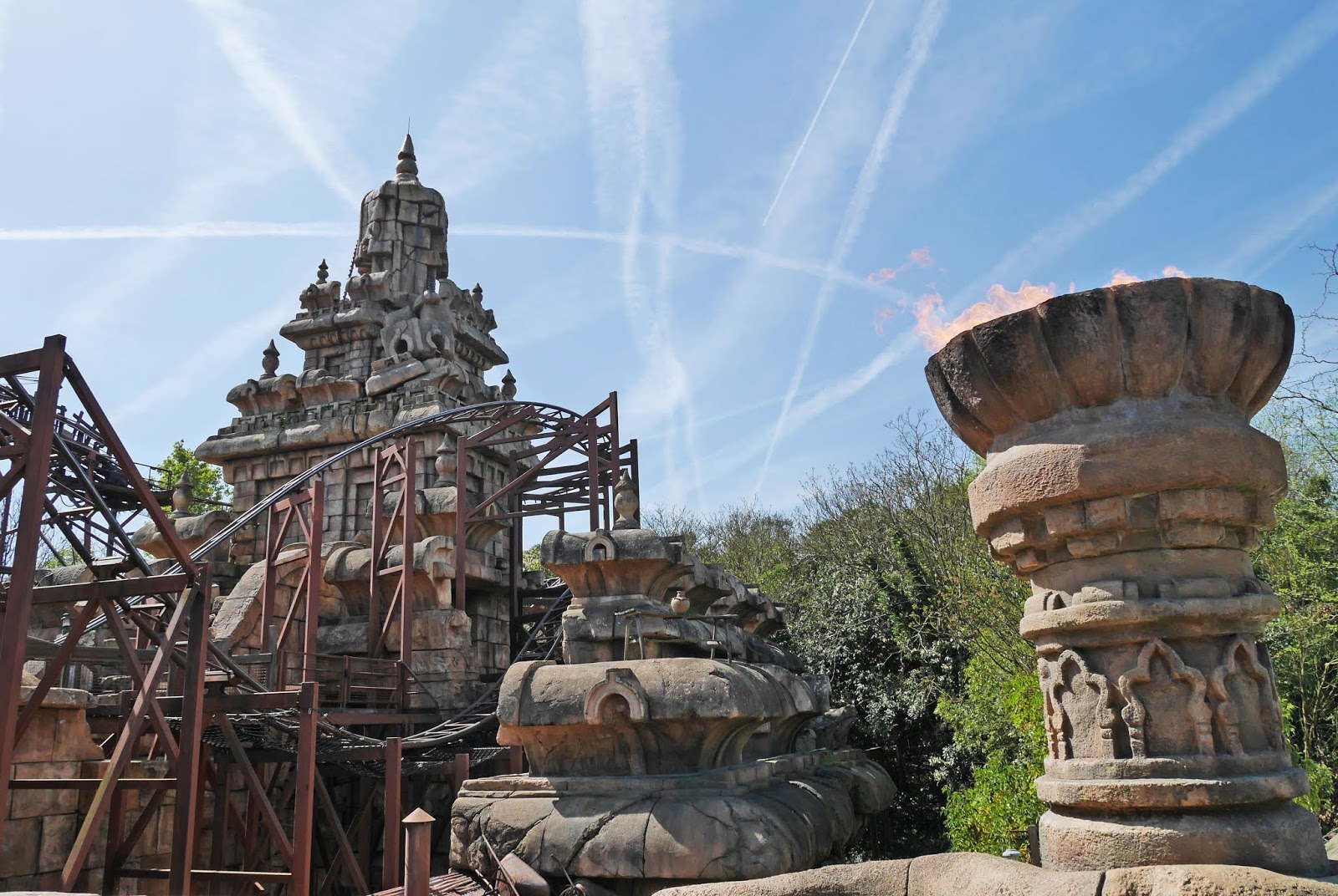 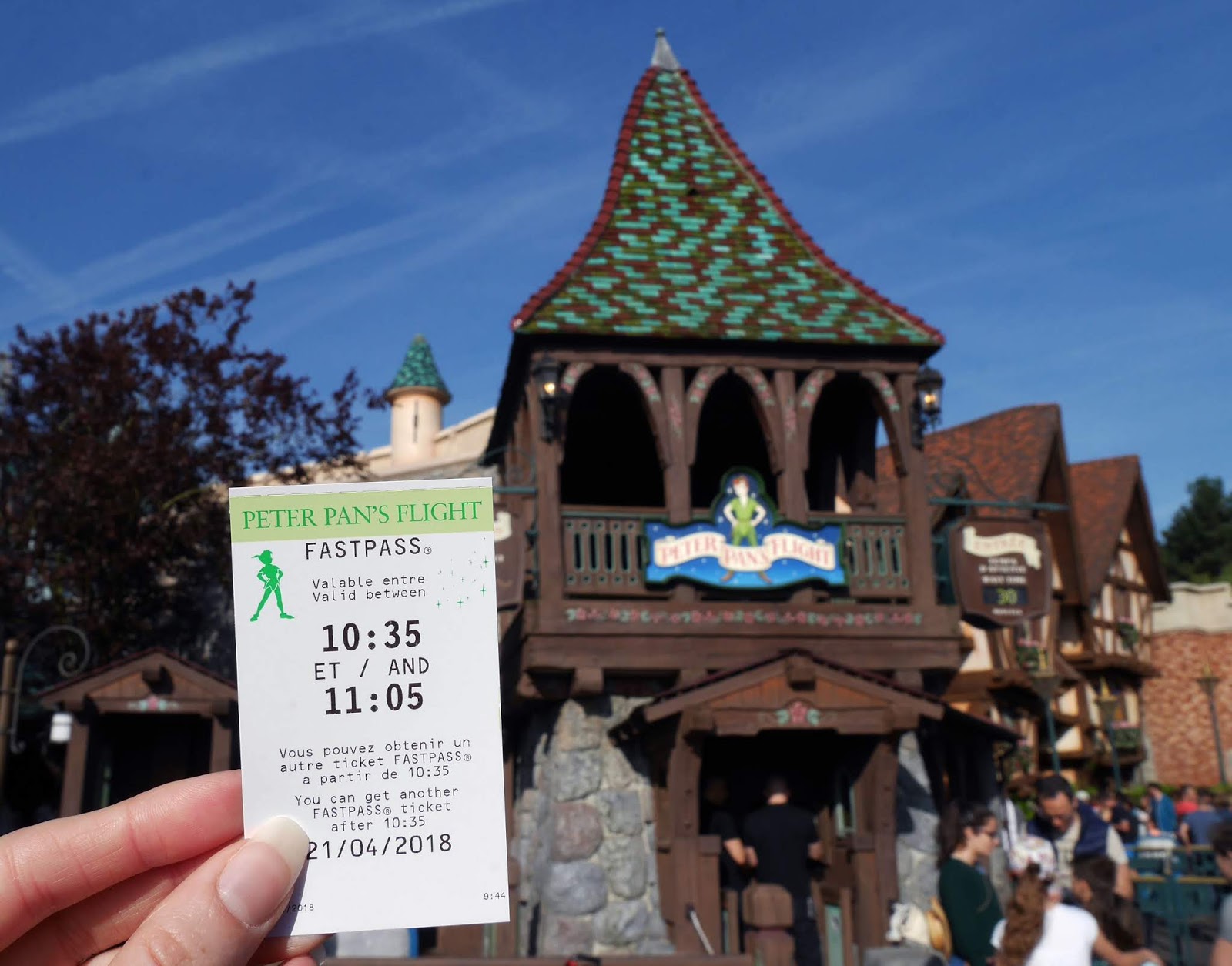 We had lunch at the bakery on Main Street, which does Croque Monsieurs, sandwiches and cupcakes. I ordered the veggie sandwich was really yummy and it definitely gave me the energy boost that I needed for the afternoon. In the afternoon we managed to ride Disneyland classics such as Big Thunder Mountain and It’s a Small World, before heading to the back of the park to meet Mickey Mouse. We queued for nearly an hour (Stuart was a star haha!), but it was worth every second waiting in line as we were able to take a souvenir photograph home with us afterwards. The photo came to just under €20, which wasn’t a bad price for a framed professional photograph. It’s definitely something that I’ll treasure in years to come, when we look back on our first Disney trip together. 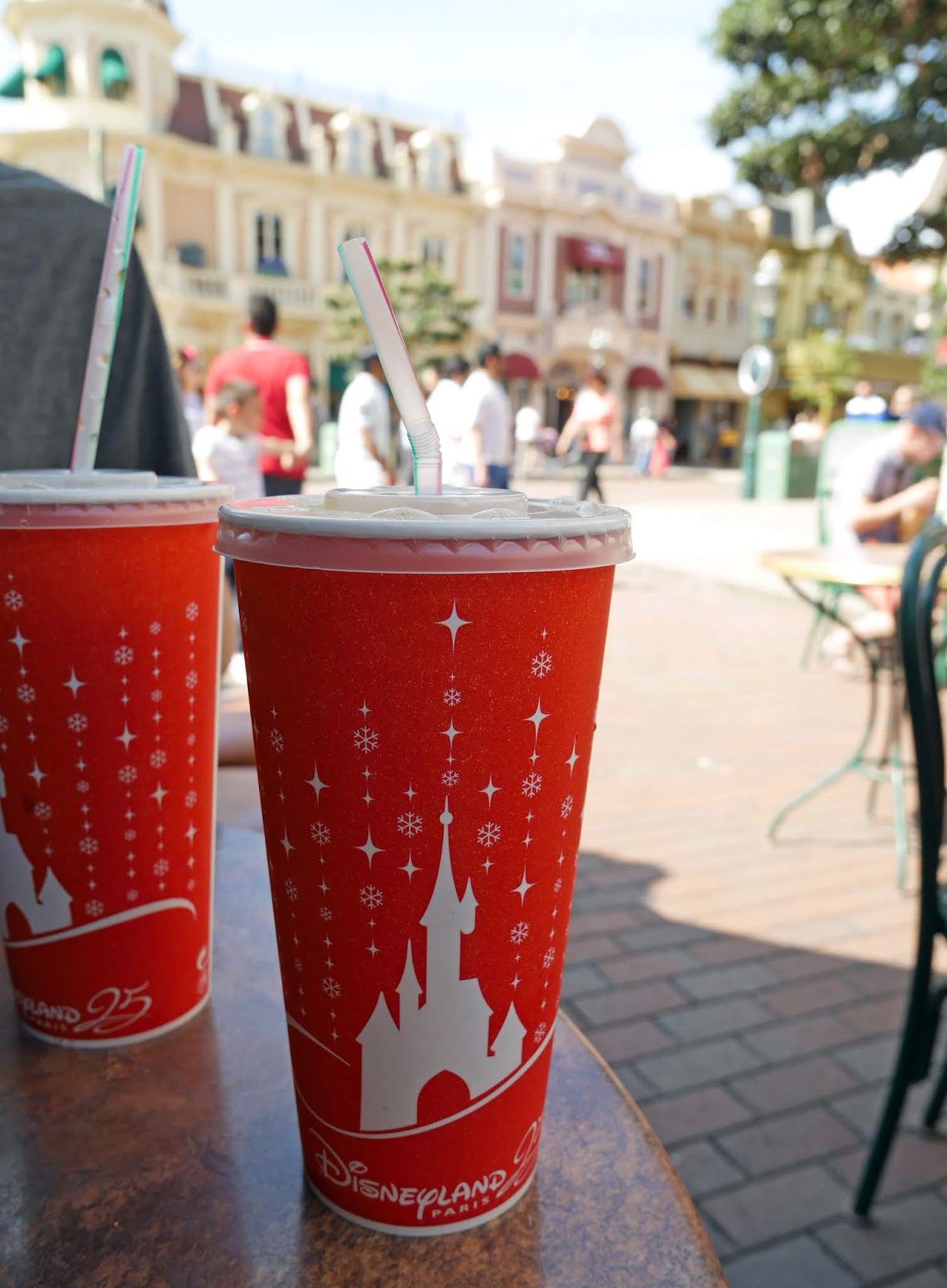 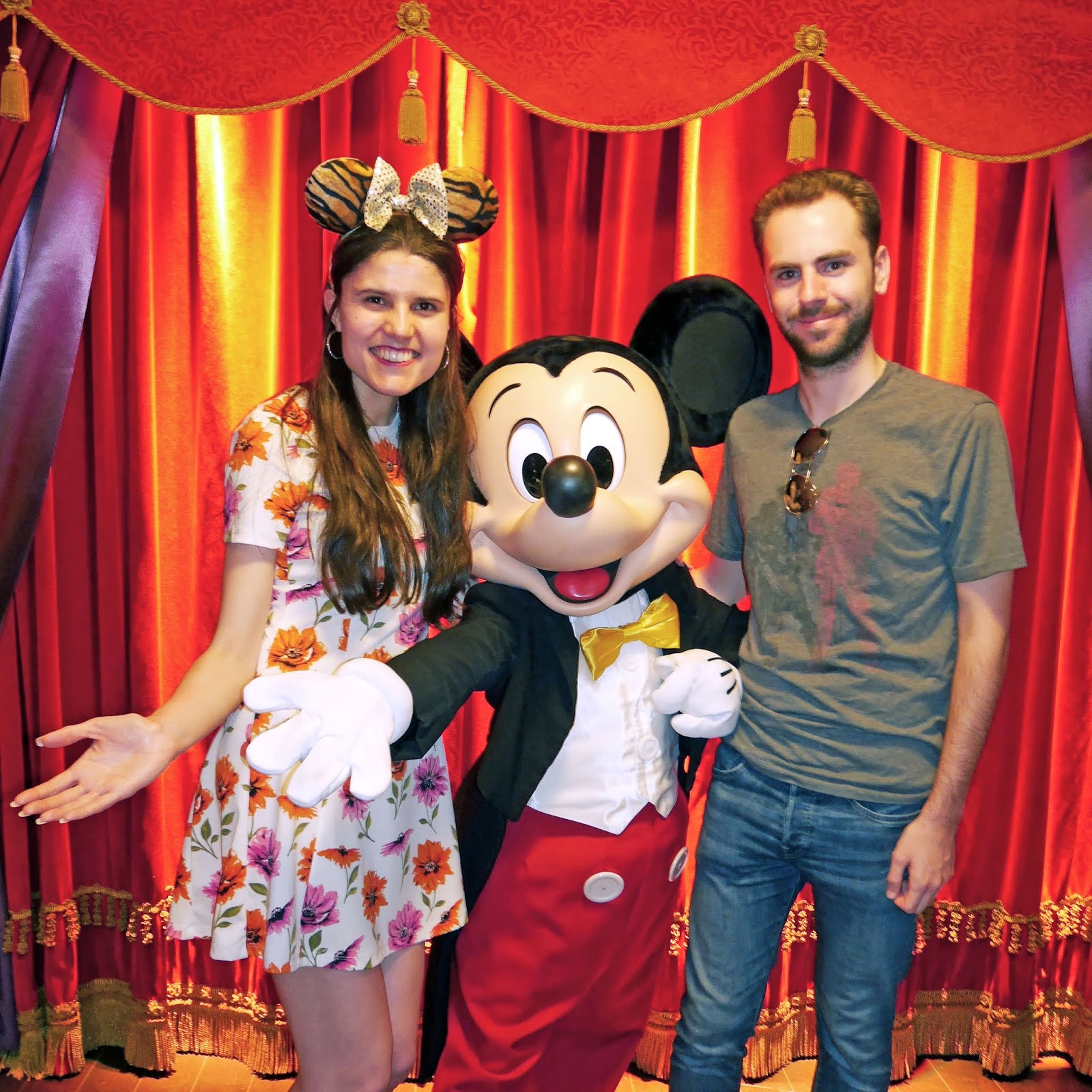 In the early evening, we watched the parade and had dinner at Pizzeria Bella Notte: a Lady and the Tramp themed quick service restaurant. The pizza was star shaped, which was something special that’d only happen at Disney, and the meal on the whole was incredibly good value. We paid €30 for 2 pizzas, 2 garlic bread sides, 2 drinks and 2 fruit salad desserts, which wasn’t very much for the parks at all. 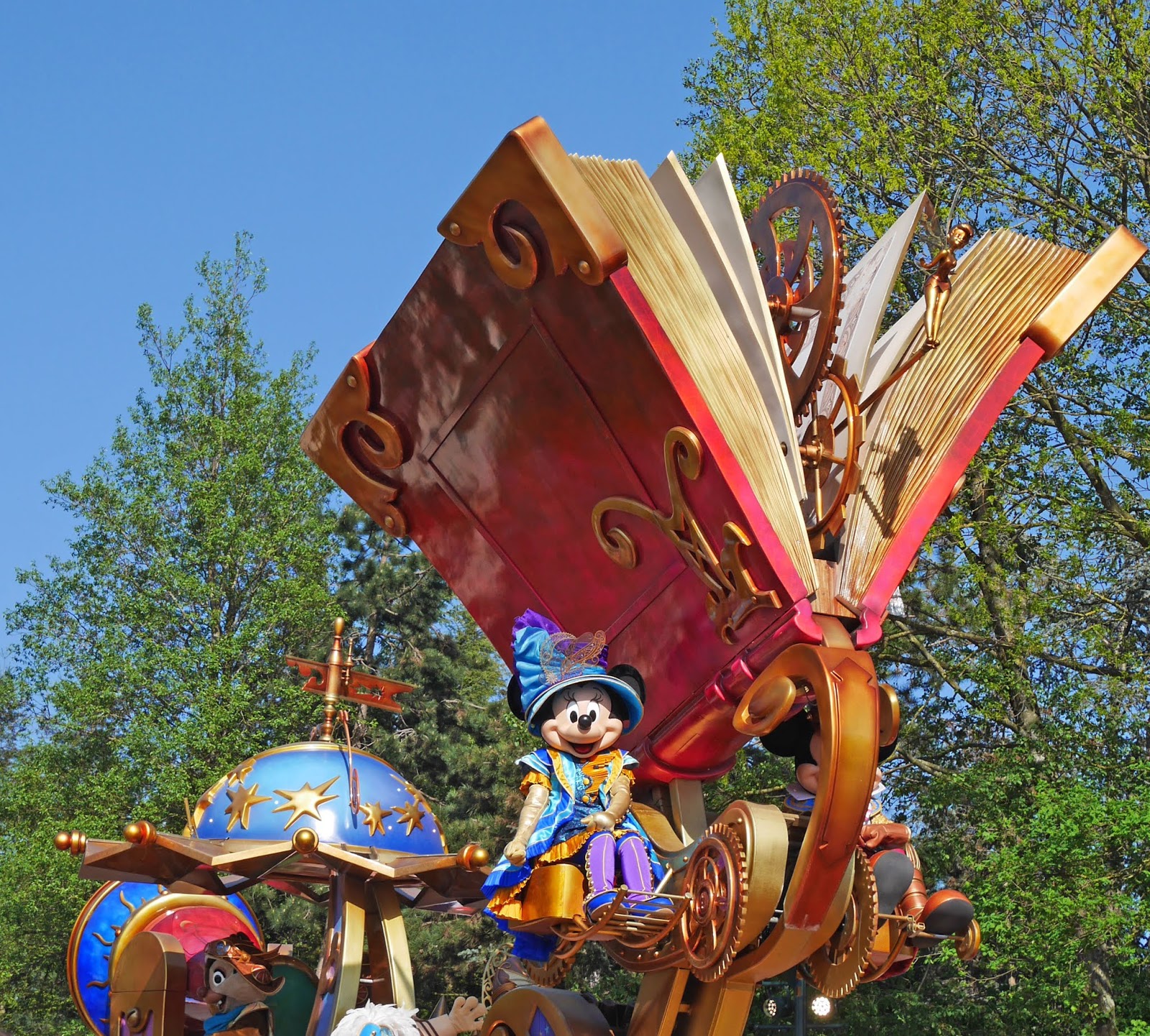 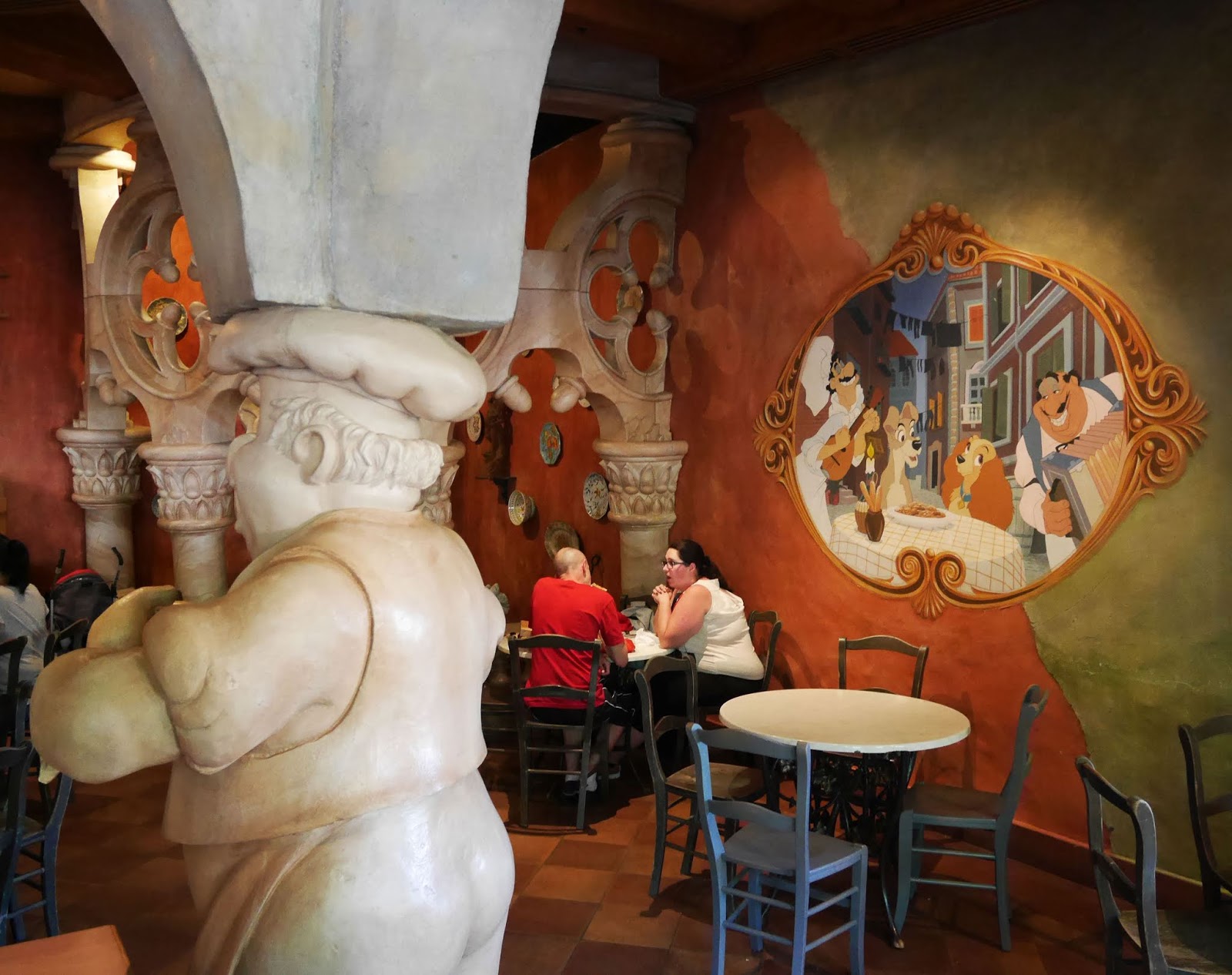 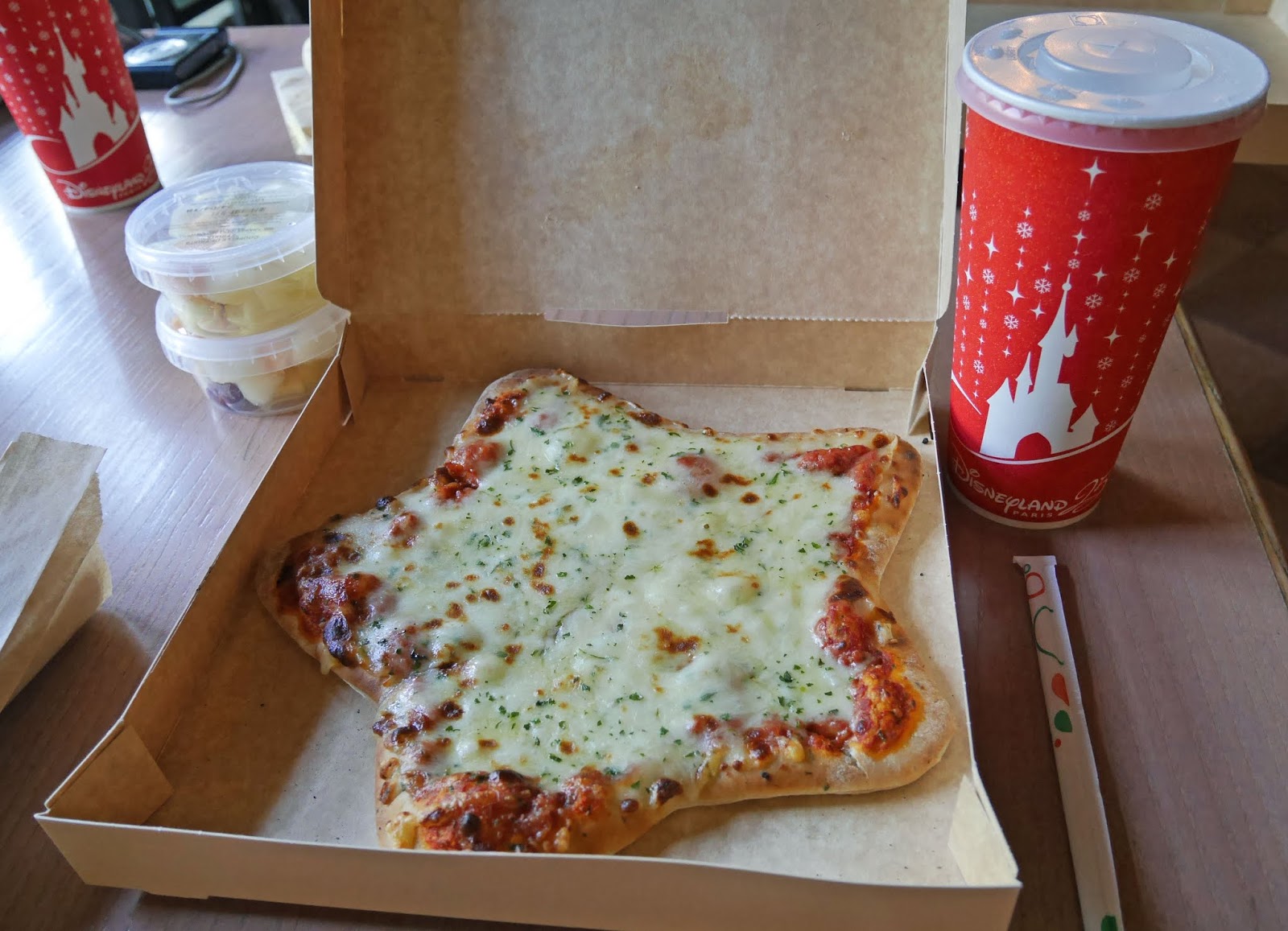 Before it was time to head to Main Street USA for the evening fireworks, we stopped at the Pirates of the Caribbean ride and some of the classic rides in Fantasyland. As the sun started to set, the park became much quieter and we got to experience all of the attractions that we’d avoided early in the day, when Fantasyland was crowded. 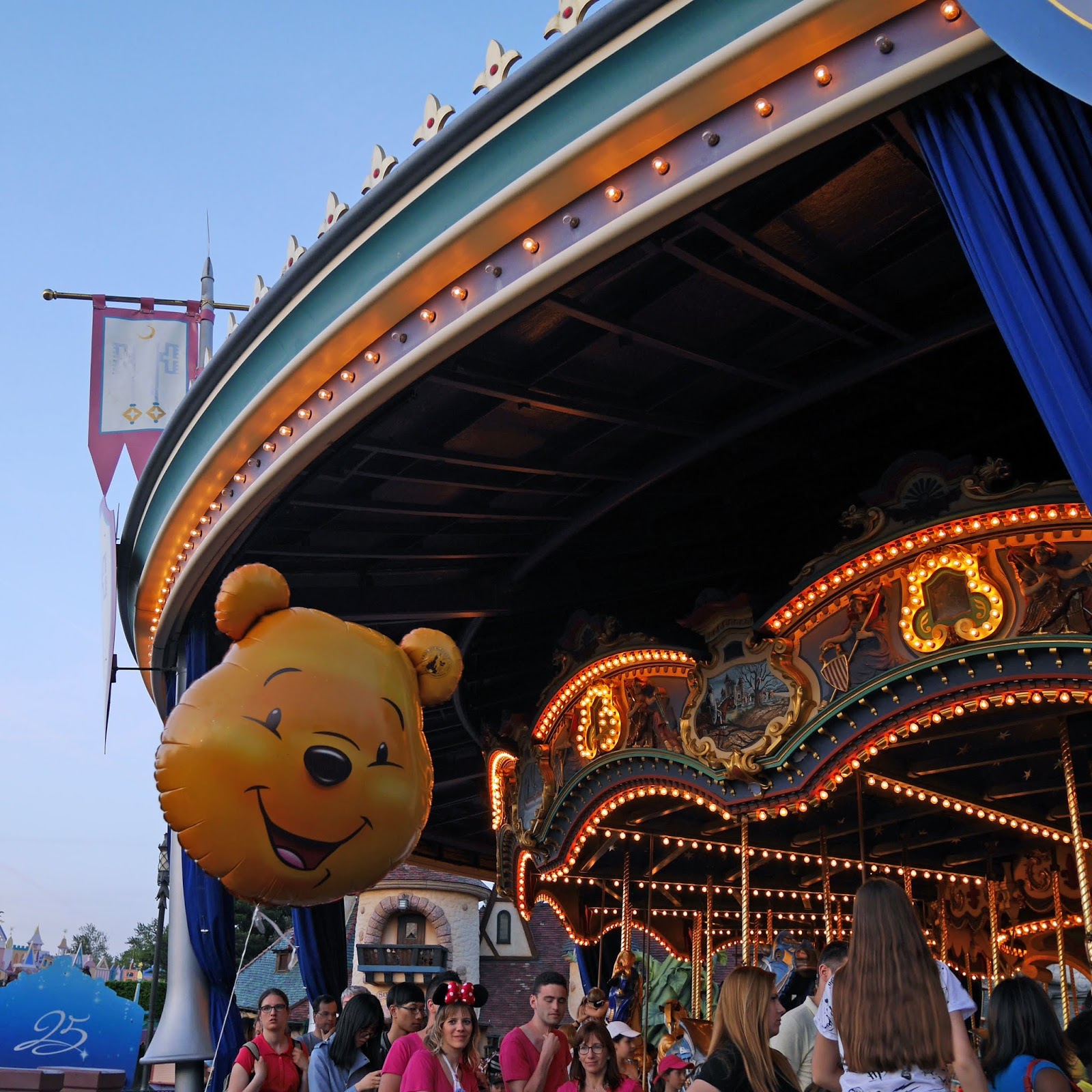 Whilst we waited for the fireworks, I did a spot of souvenir shopping on Main Street USA and I picked up a Mickey cookie, that I’d been meaning to get all day. If you can’t eat Mickey-shaped food at Disney, when can you? 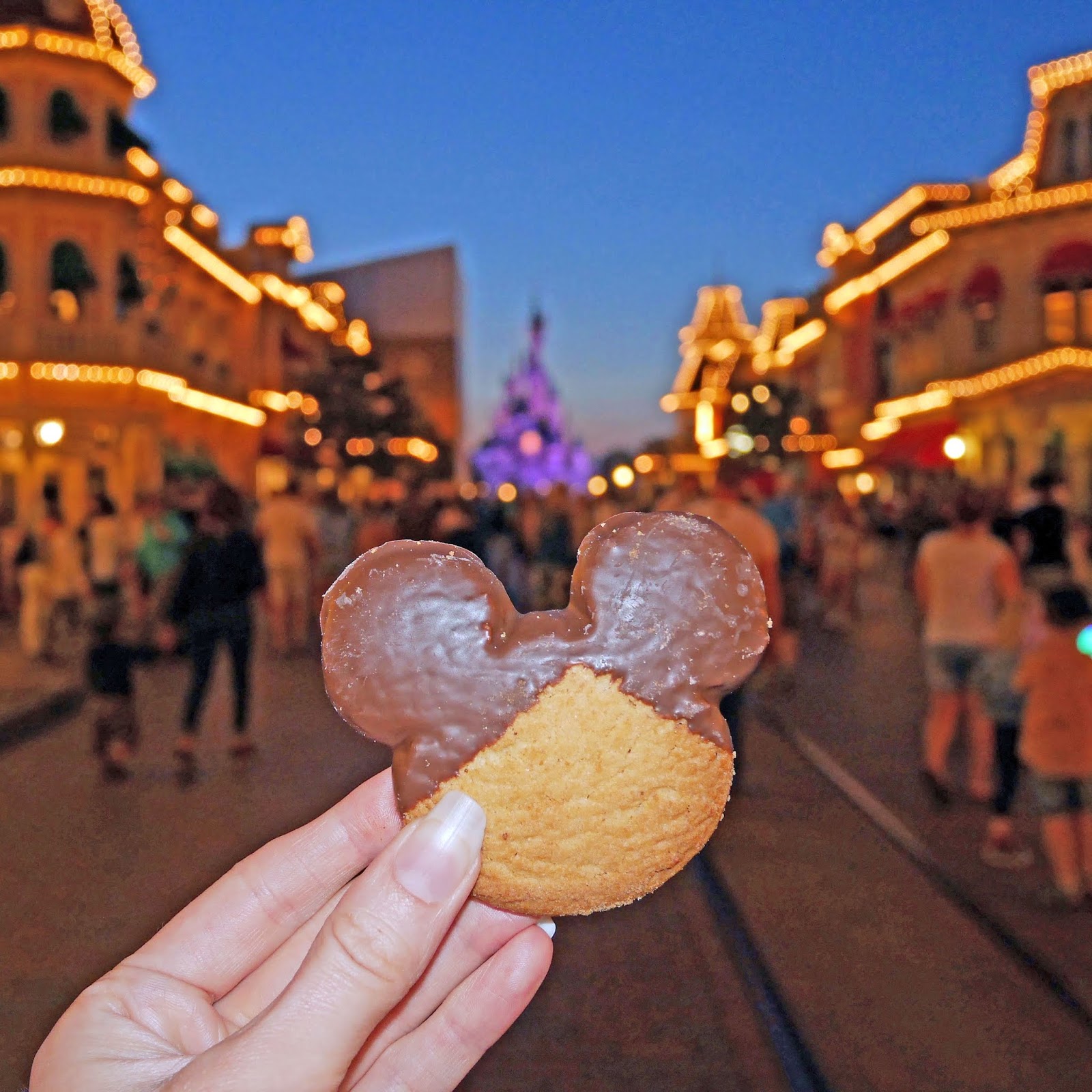 The Illuminations fireworks show started at about 9:30pm and it was absolutely beautiful. I last went to Disneyland Paris in 2016, when the fireworks show was Disney Dreams and I have to say, the 2018 show was much more special. Watching the fireworks on Main Street was the perfect end to a magic day at Disney. 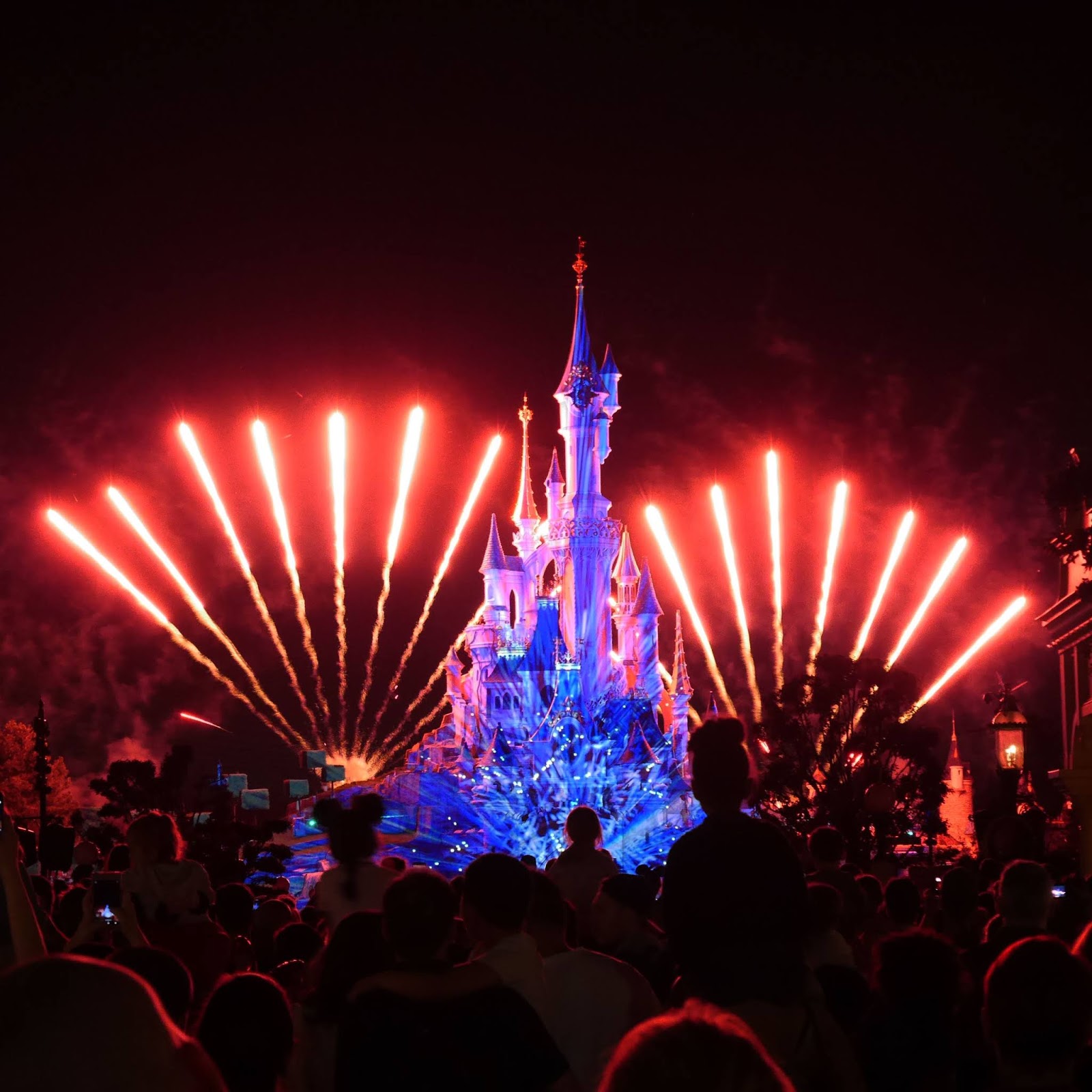 We left the park when the fireworks had finished and headed for the shuttle back to our hotel: Hipark Serris Val-D’Europe. Within minutes we were back at the hotel, talking about the amazing day we’d had.

I had such a fabulous time at Disneyland Paris and I can’t wait to go back again at some point in the future.

Have you ever been to Disneyland Paris? What was your favourite ride?
Thanks for reading my blog today.
Love
Kat
xxxx