Things to do in Stratford-upon-Avon

If you like theatre and Shakespeare, Stratford-upon-Avon should be high up your UK travel bucket list. The whole town is themed around the great playwright and if you visit, you’ll be spoilt for choice as there are so many Shakespeare attractions to see. From his birthplace to the Royal Shakespeare Theatre, there really is something for all ages. We went to Warwickshire for the weekend in May and we spent 4 hours in Stratford-upon-Avon, taking in the Shakespeare sights. For today’s post I thought I’d talk about some of the many attractions on offer in Shakespeare’s hometown which make the town such a great place to visit. 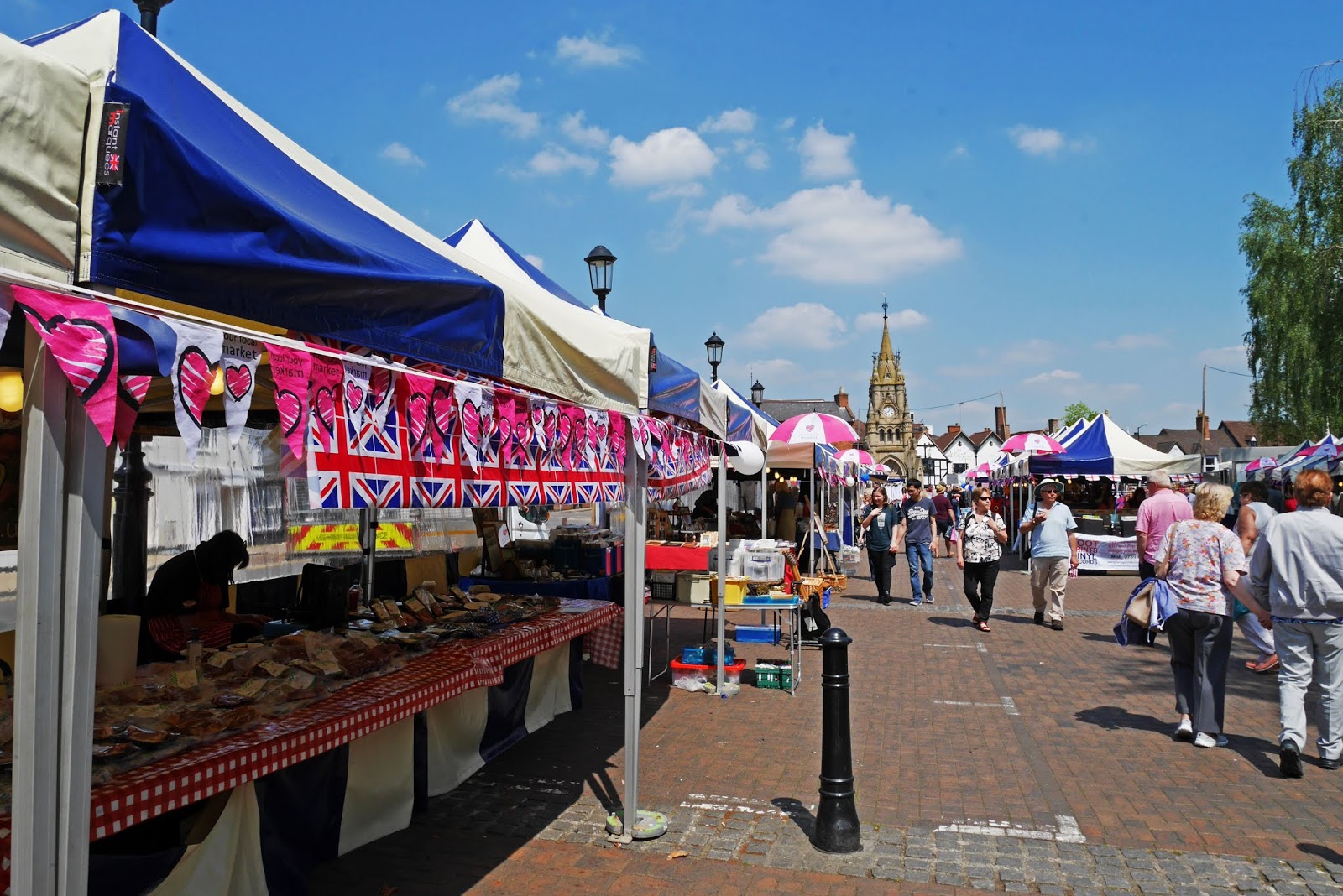 Boat trip on the River Avon 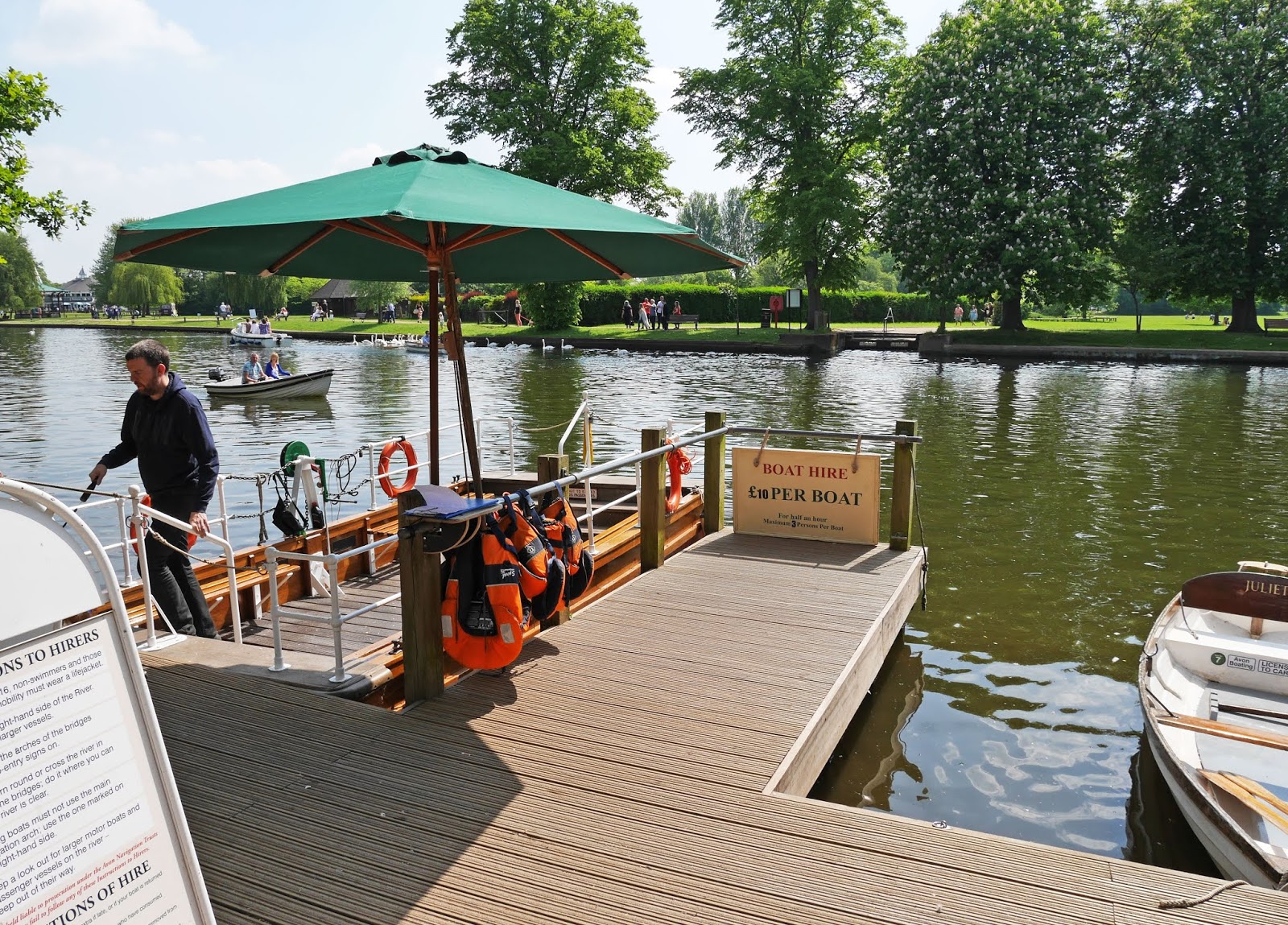 For as little as 50p, you can take a trip out onto the River Avon. You can find boat tours by the canal running through the Bancroft Gardens, which is also a fantastic lunch spot if you fancy having a picnic outside. We found it really relaxing watching the boats pass by. 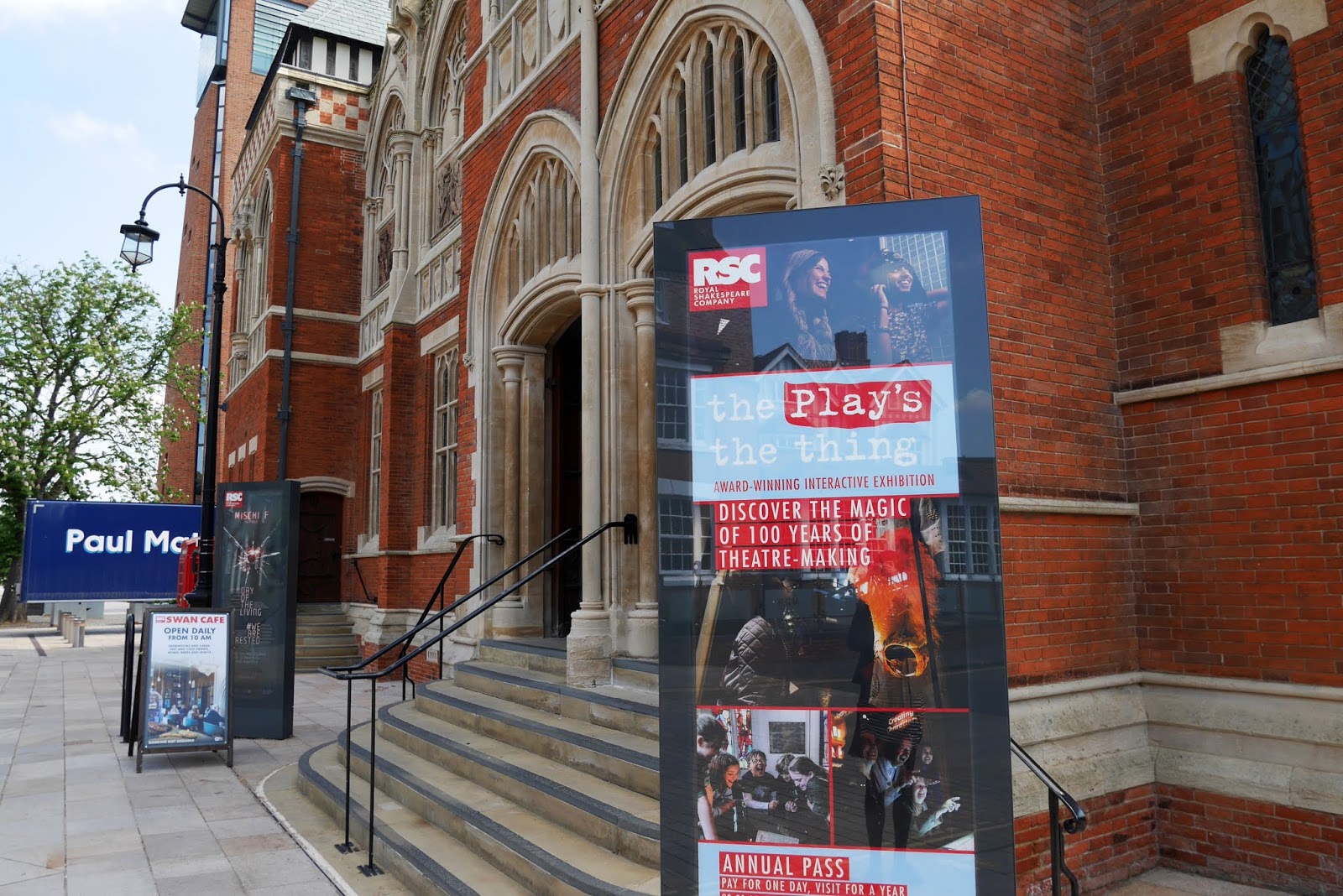 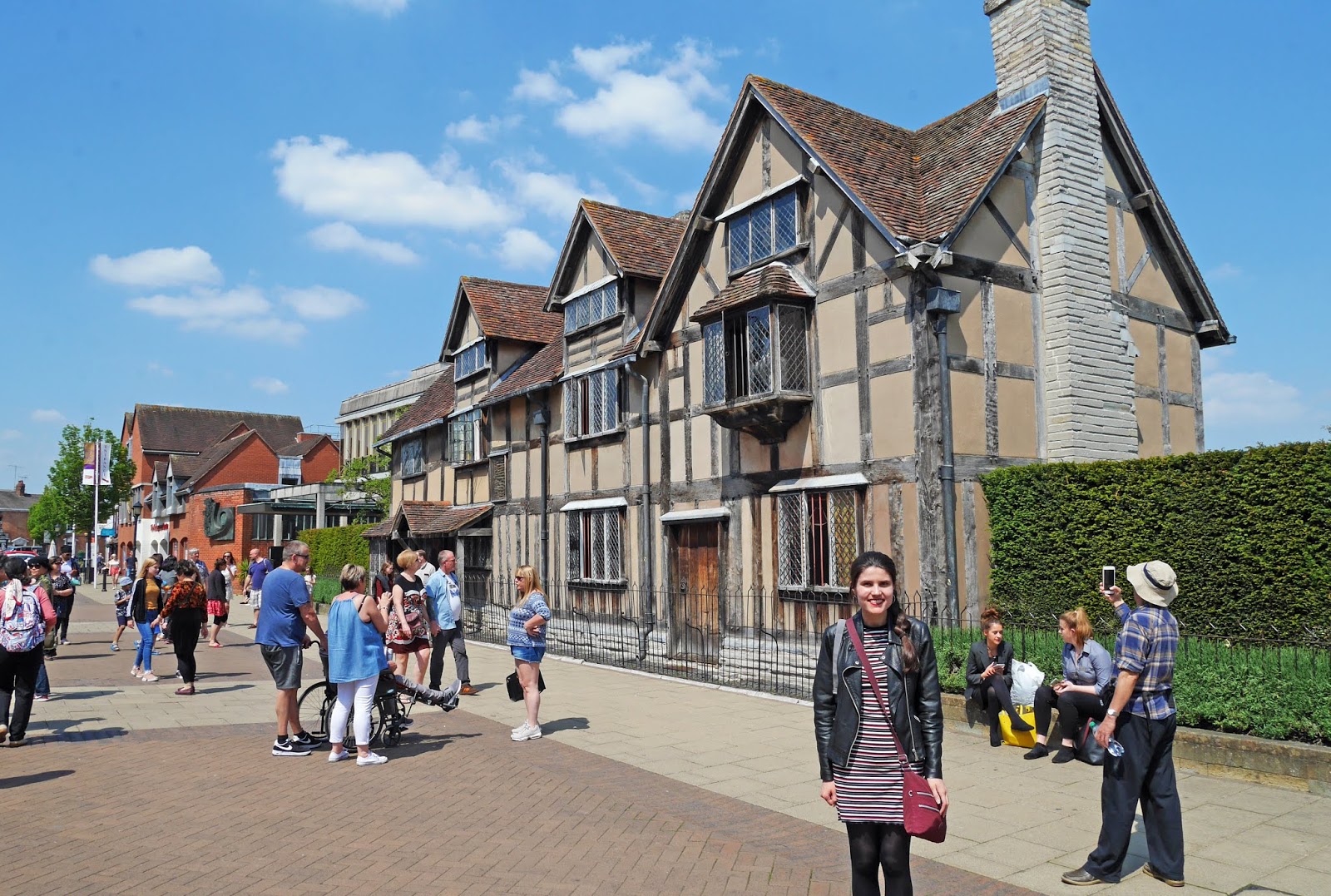 For £15.75 per adult, you can go inside Shakespeare’s childhood home. We thought that the entry fees to his birthplace were quite expensive so we didn’t go inside the Trust, but something we learnt is that you can still see the outside of the house from Henley Street: a popular shopping street in Stratford-upon-Avon. We stopped for photos on Henley Street and went in the birthplace shop which was full of Shakespeare-themed souvenirs. 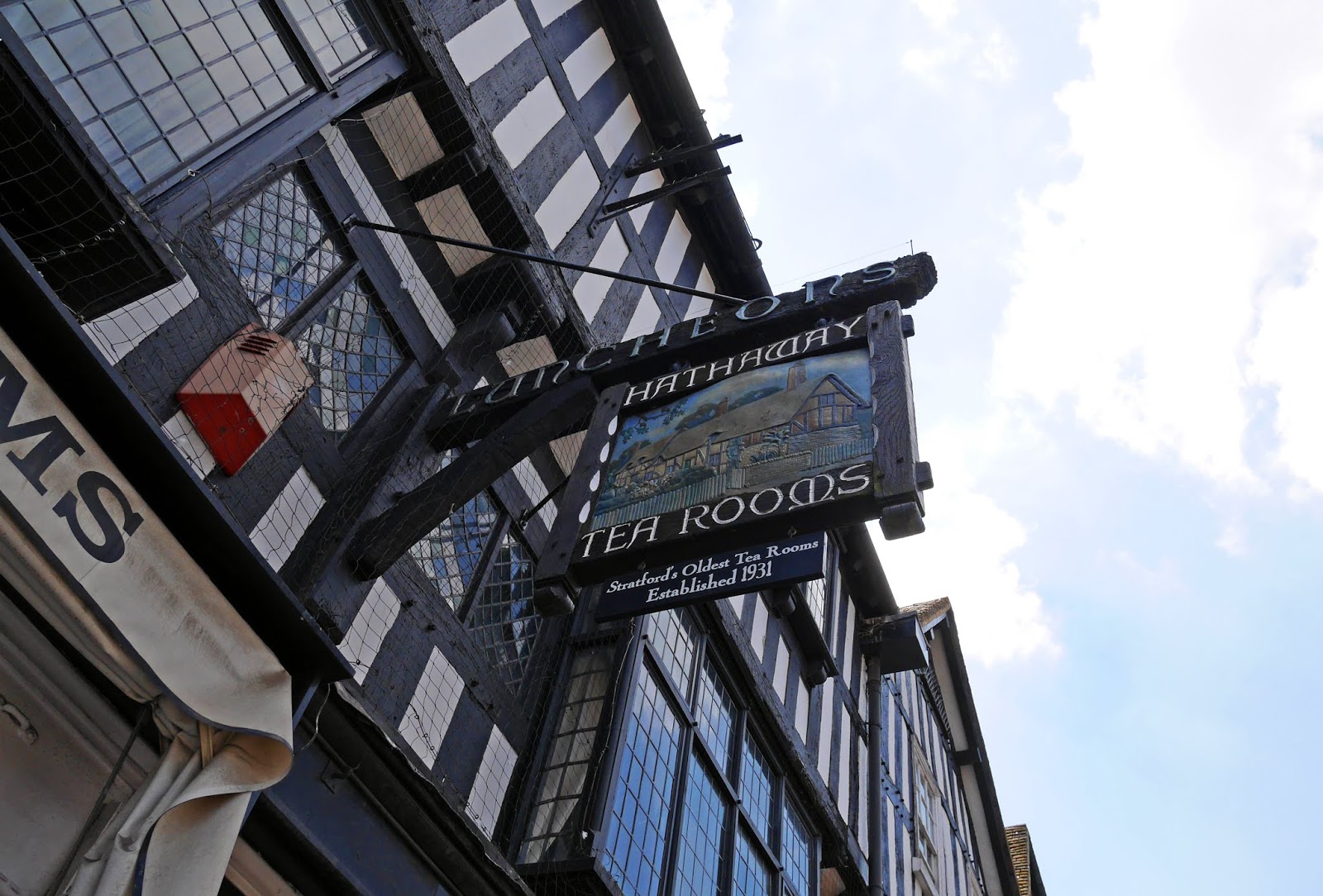 Sharing it’s name with Shakespeare’s wife, Hathaway Tea Rooms is a tea room with old English character. The building itself is very old and the interior of the café has been kept very simple, to highlight how historic the building is. Cups of tea are relatively affordable at the tearoom and I’d definitely recommend stopping here for your drink instead of going to chain cafés such as Costa or Starbucks whilst you’re in Stratford-upon-Avon. 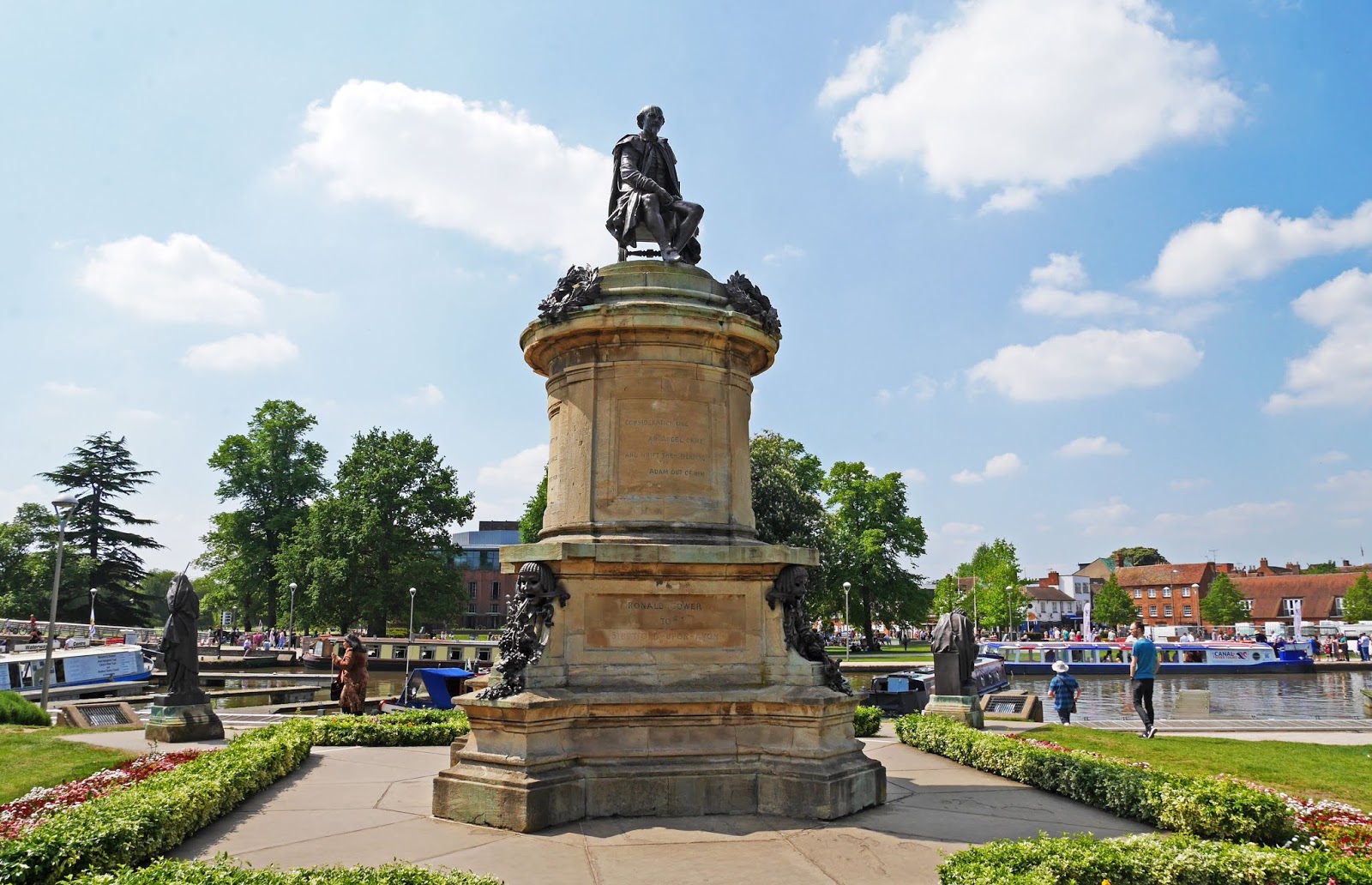