Last Saturday we drove to Bruges, Belgium for the weekend via the EuroTunnel. We live in Canterbury, which is only 30 minutes drive from the Folkestone EuroTunnel terminal, so getting to the continent is relatively easy for us. We’re fortunate enough to be able to head over to France or countries nearby for a short break with very little travel time involved, so in 2018 we’re making the most of the fact that we have both the EuroTunnel and Eurostar nearby. My parents were coming with us for the weekend, so they picked us up bright and early on Saturday morning, just in time for our 9am crossing to France. The EuroTunnel is really popular in Summer, with families hopping over to France or further afield for their annual Summer holiday, but in Winter it is very quiet. We’d never seem the terminal so empty, I could hardly believe that this was the same place that I’ve visited during the Summer almost every year since I was little, which was normally full to the brim with travelling Brits. There weren’t many crossings running because we were travelling out of season, but by 11am French time, we were in France, visiting the hypermarket at Dunkirque. 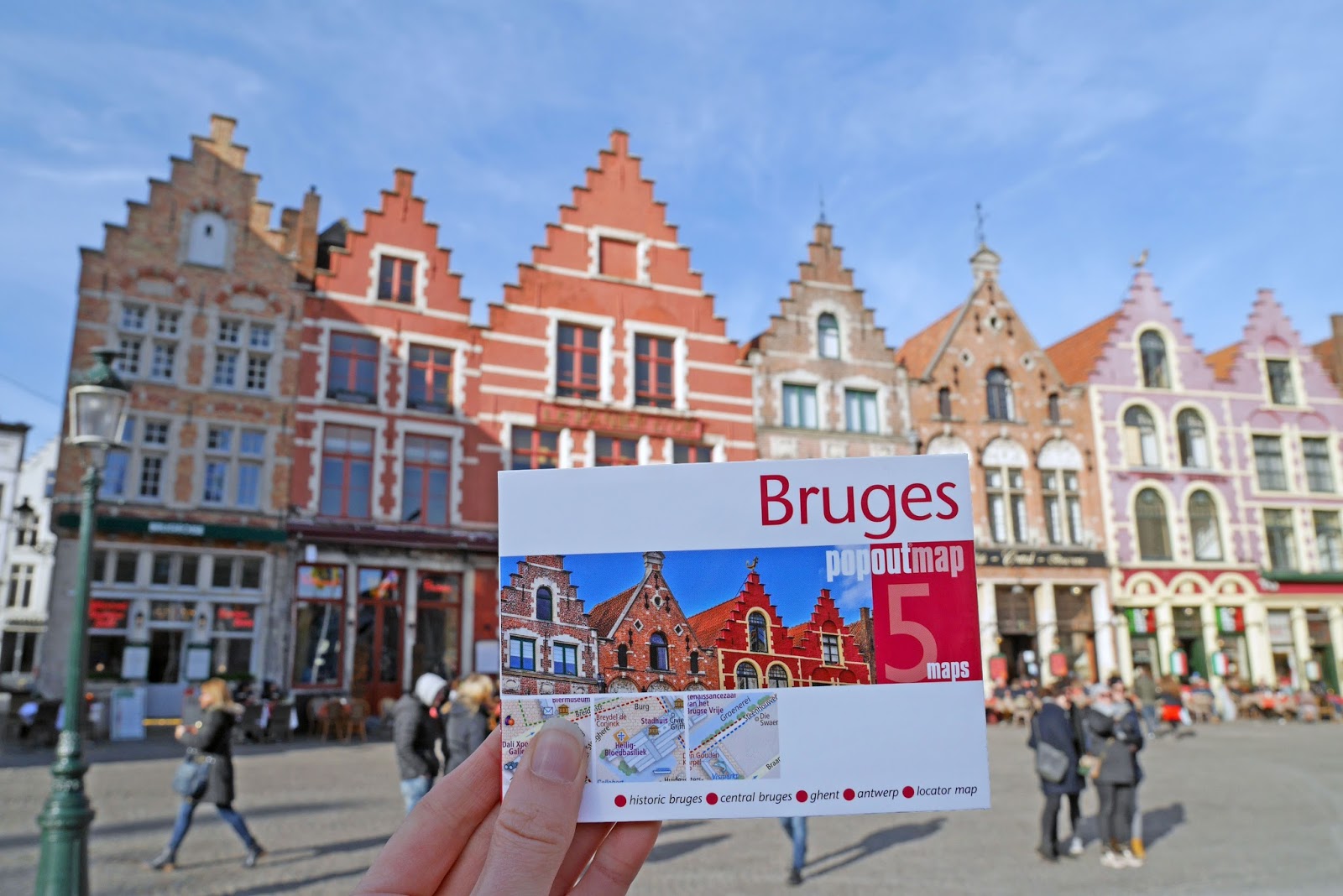 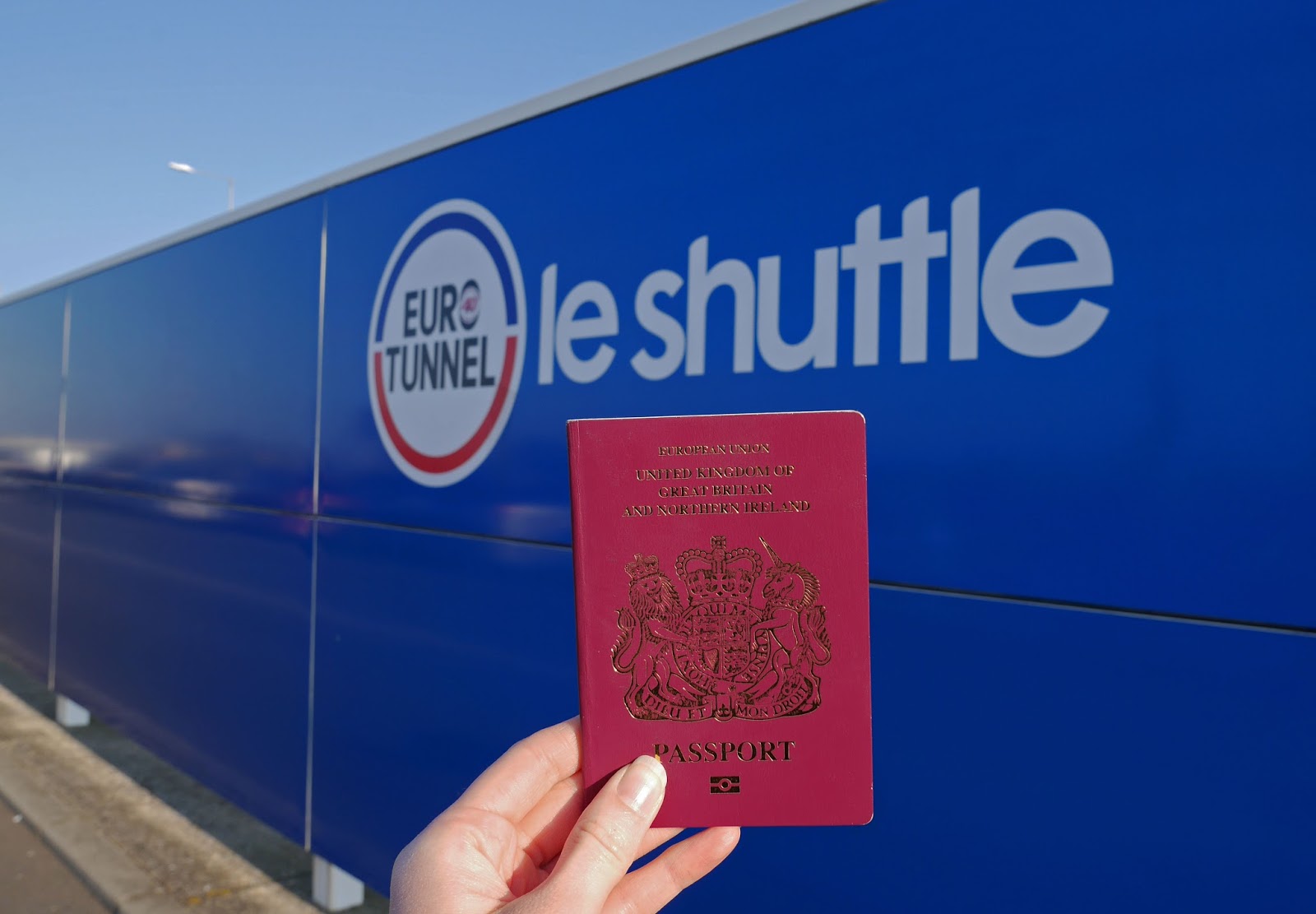 Every time that we travel to the continent by car, we always make sure that we find a Carrefour hypermarket and stock up on food and alcohol. My Dad and Stuart really like Belgian beer, so they spent a bit of time finding bargains, whilst my Mum and I headed straight to the chocolate aisle. With a trolley load full, we left the hypermarket, filled up the boot of the car and headed to the beaches at Dunkirque. There was lots of building work going on in Durkirque, but we still got to walk to at least the edge of the beach. Dunkirque is significant to WWII history, so it was interesting to visit and only begin to imagine what it would have been like in the late 1930s and early 1940s. 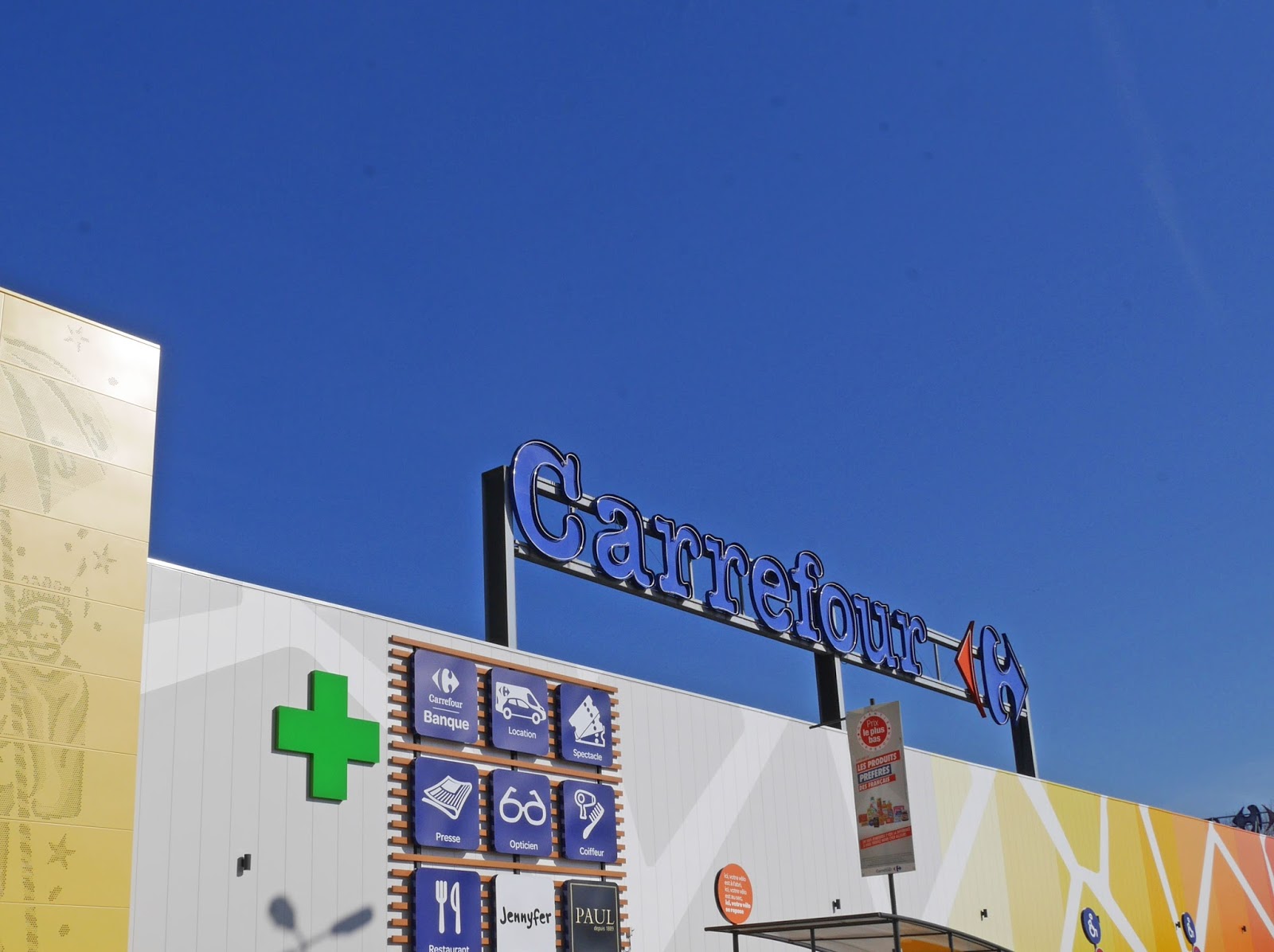 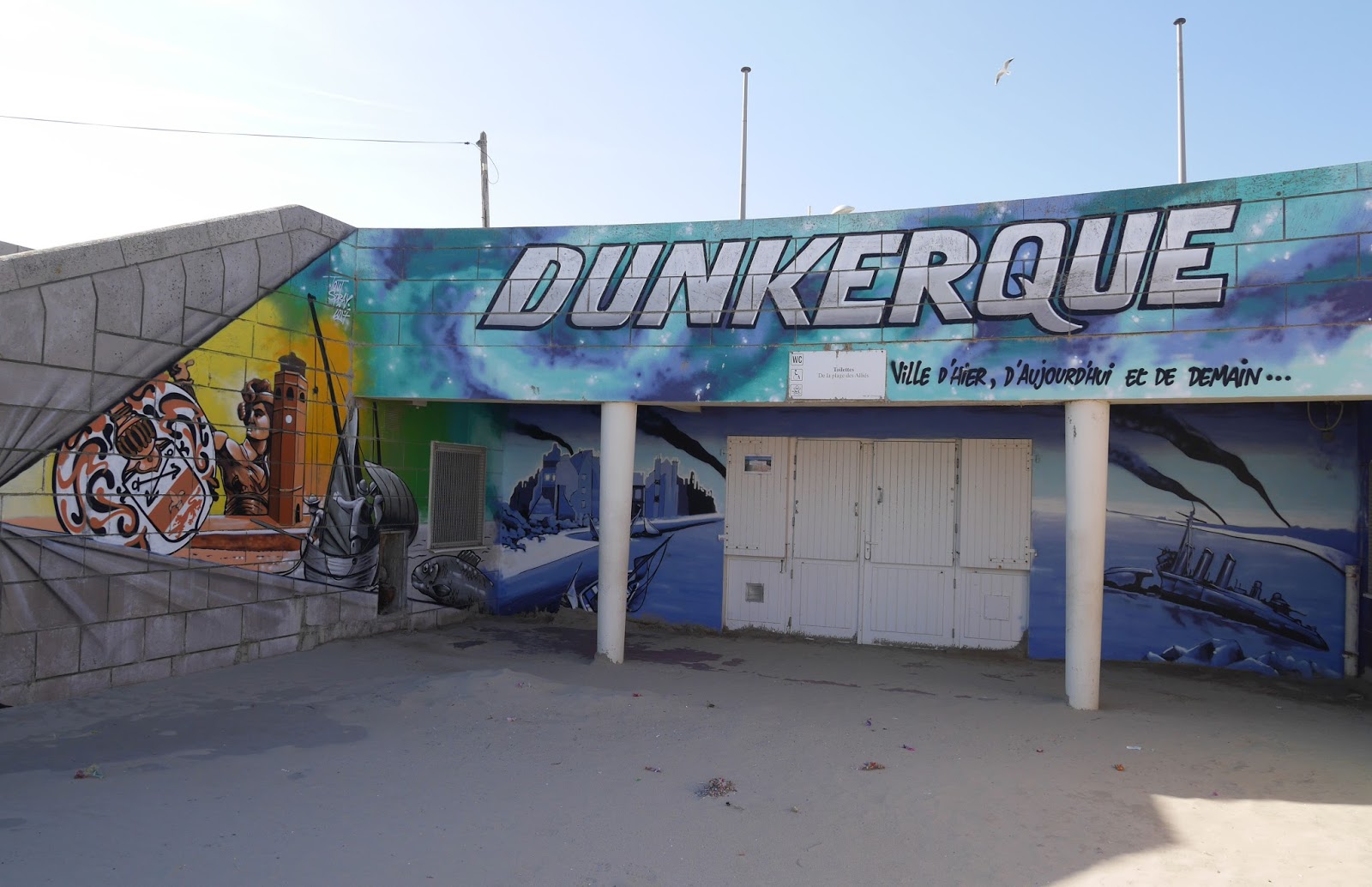 After Dunkirque it was past lunchtime and time to head to Bruges. It took about an hour to get to Bruges, so we arrived there at around 2pm. We parked the car at one of Bruges’ underground car parks, checked into the hotel and headed out into the city. 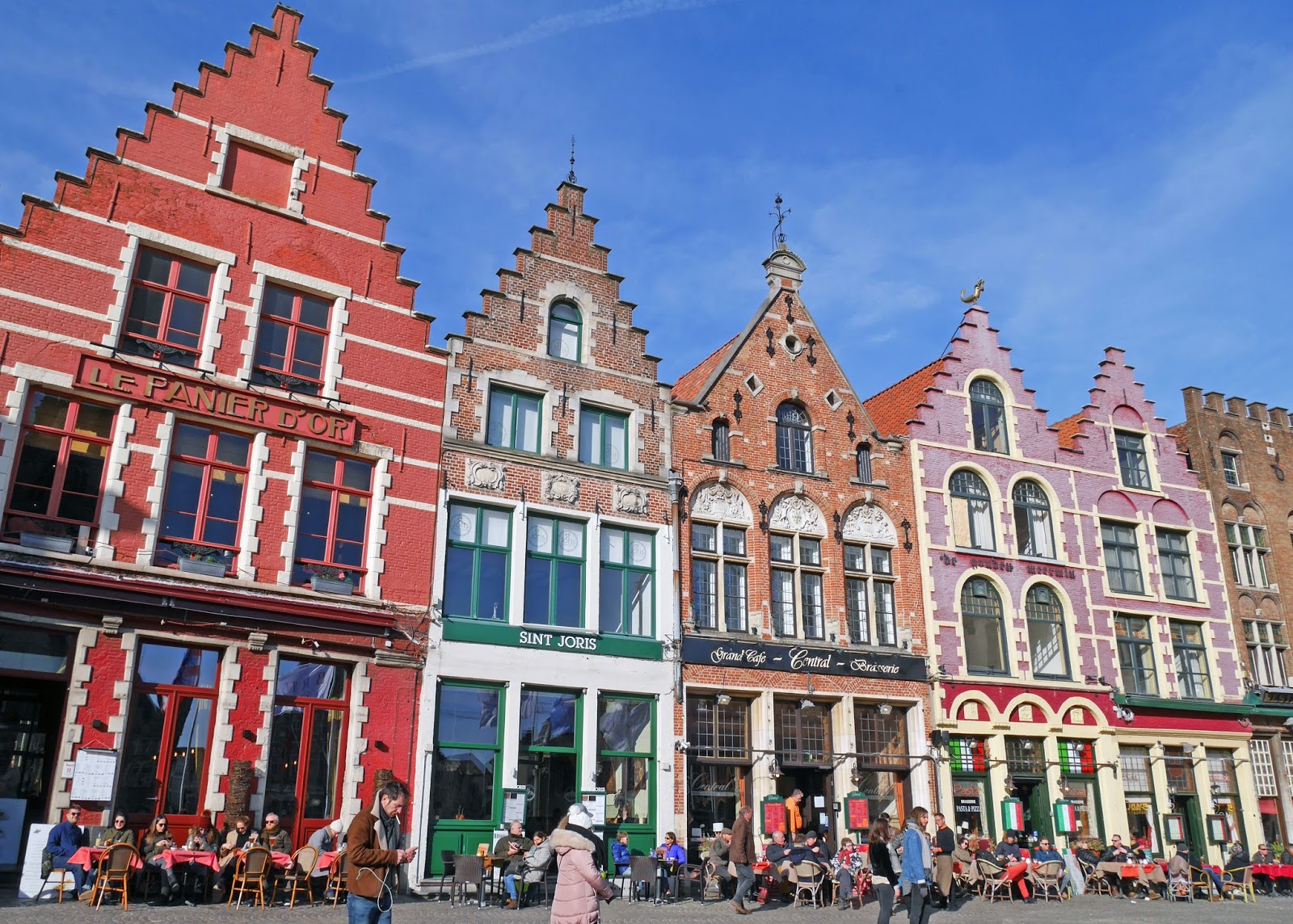 Stuart and I went off on our own for a bit in the afternoon. We had waffles in the Market Square at Chez Albert: a really popular waffle stand, we visited the famous Bruges Beer Wall, walked along the canals and bought lots of souvenirs in the adorable shops. Throughout Bruges city centre there are lots of little Carrefour Expresses, so Stuart bought some Belgian beer in these stores (a much cheaper option than buying beer in the tourist shops). Bruges is a photographer’s dream, with it’s gorgeous architecture, horse drawn carriages and peaceful canal running through the city centre streets, so I was in my absolute element, wandering around and taking photos. 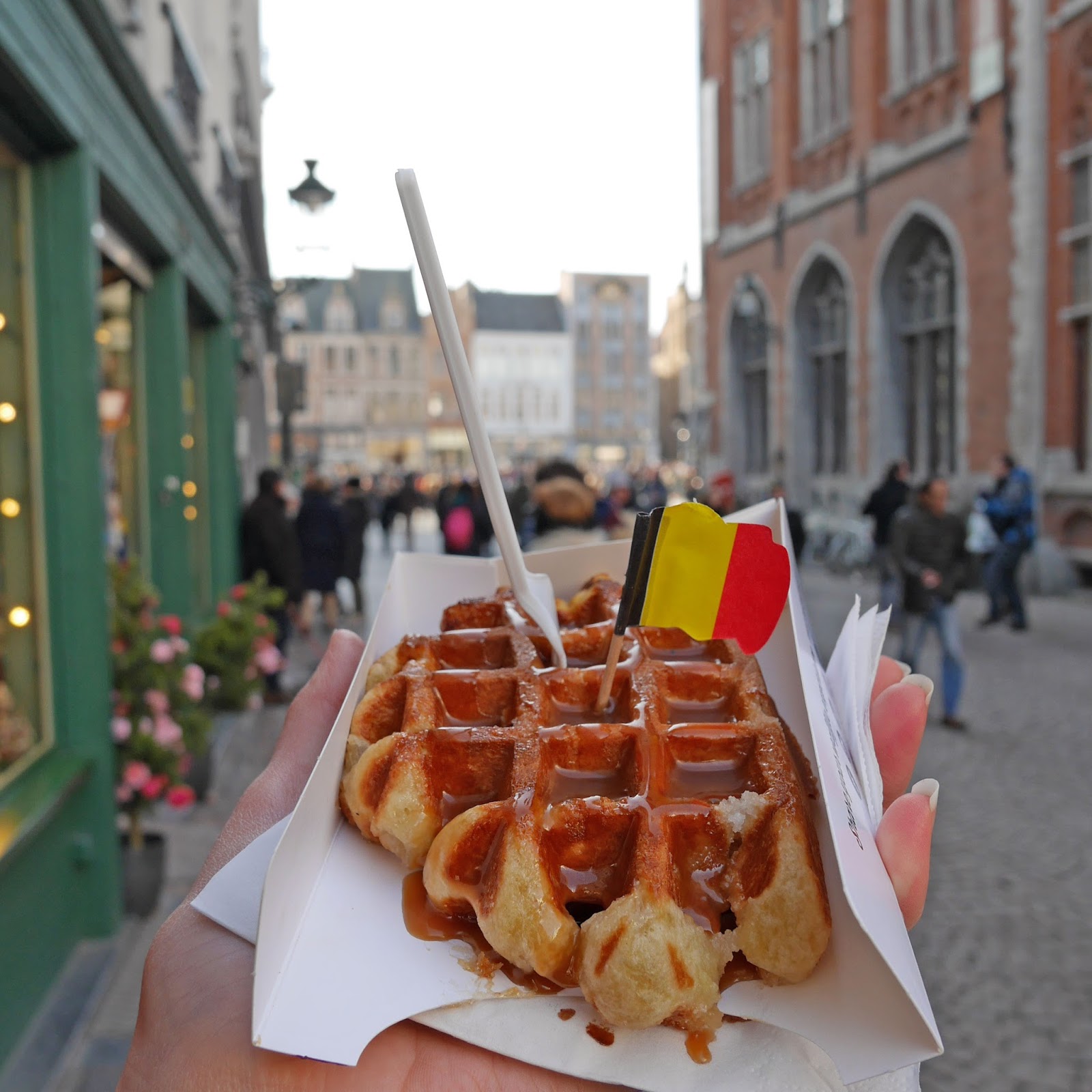 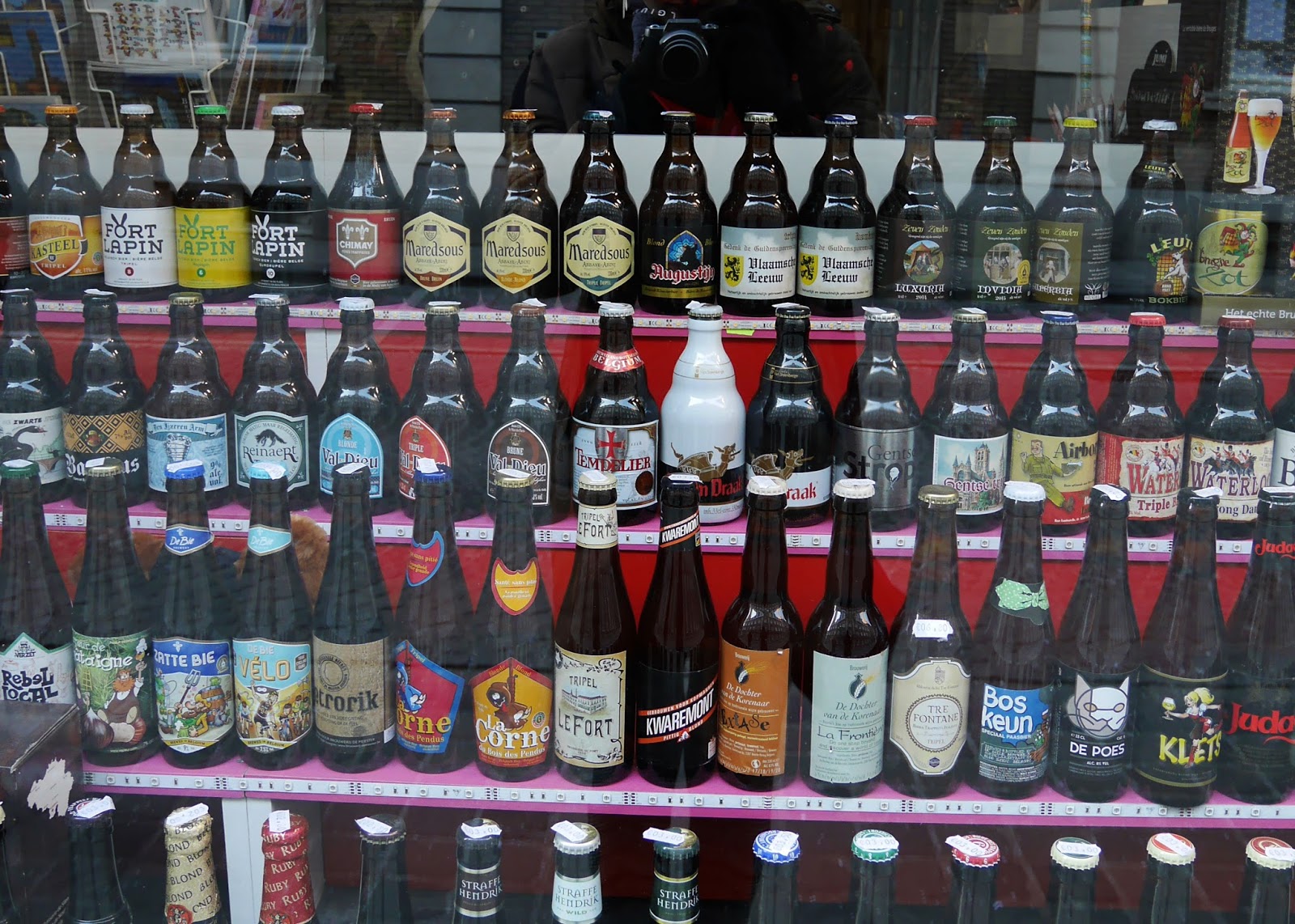 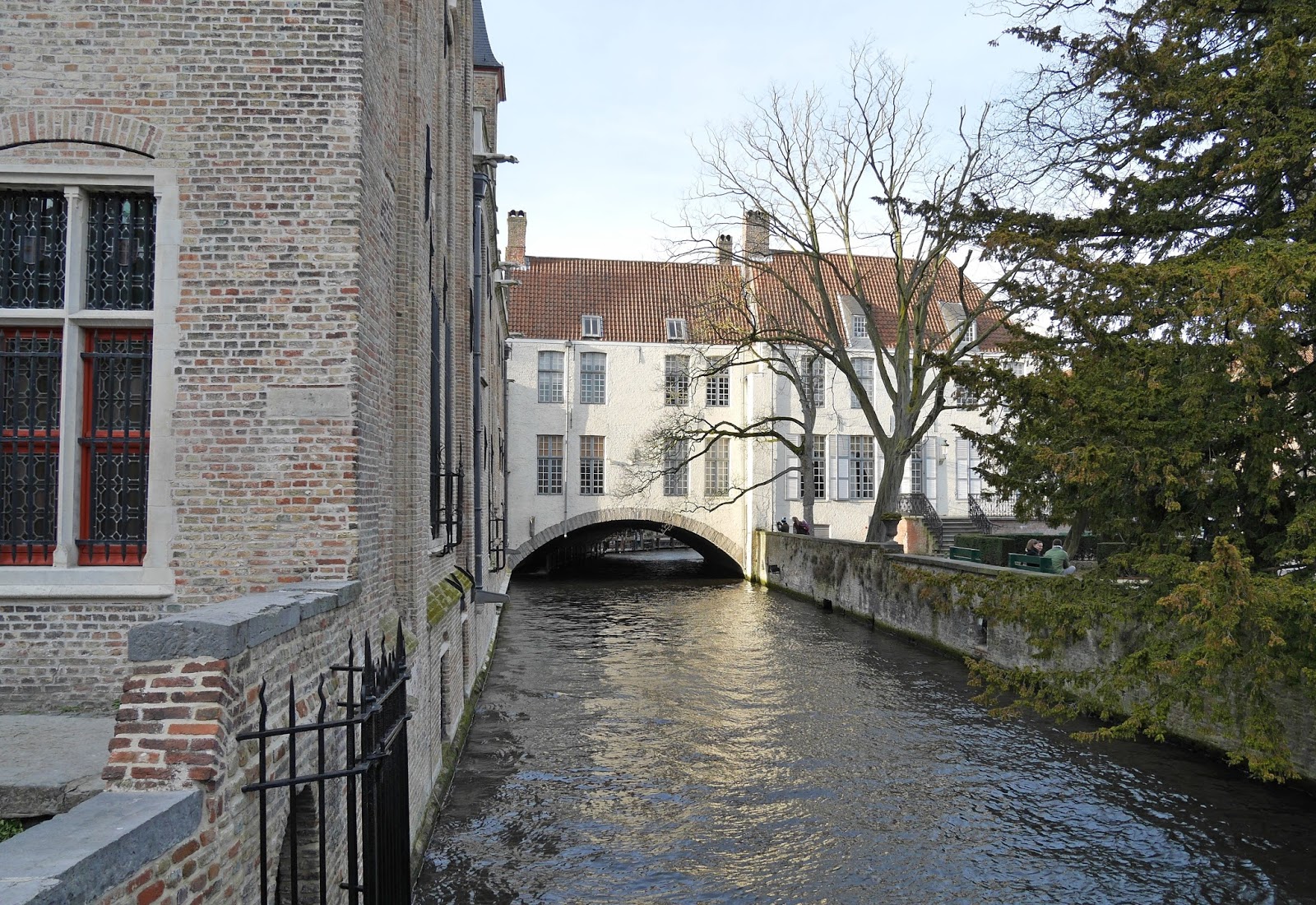 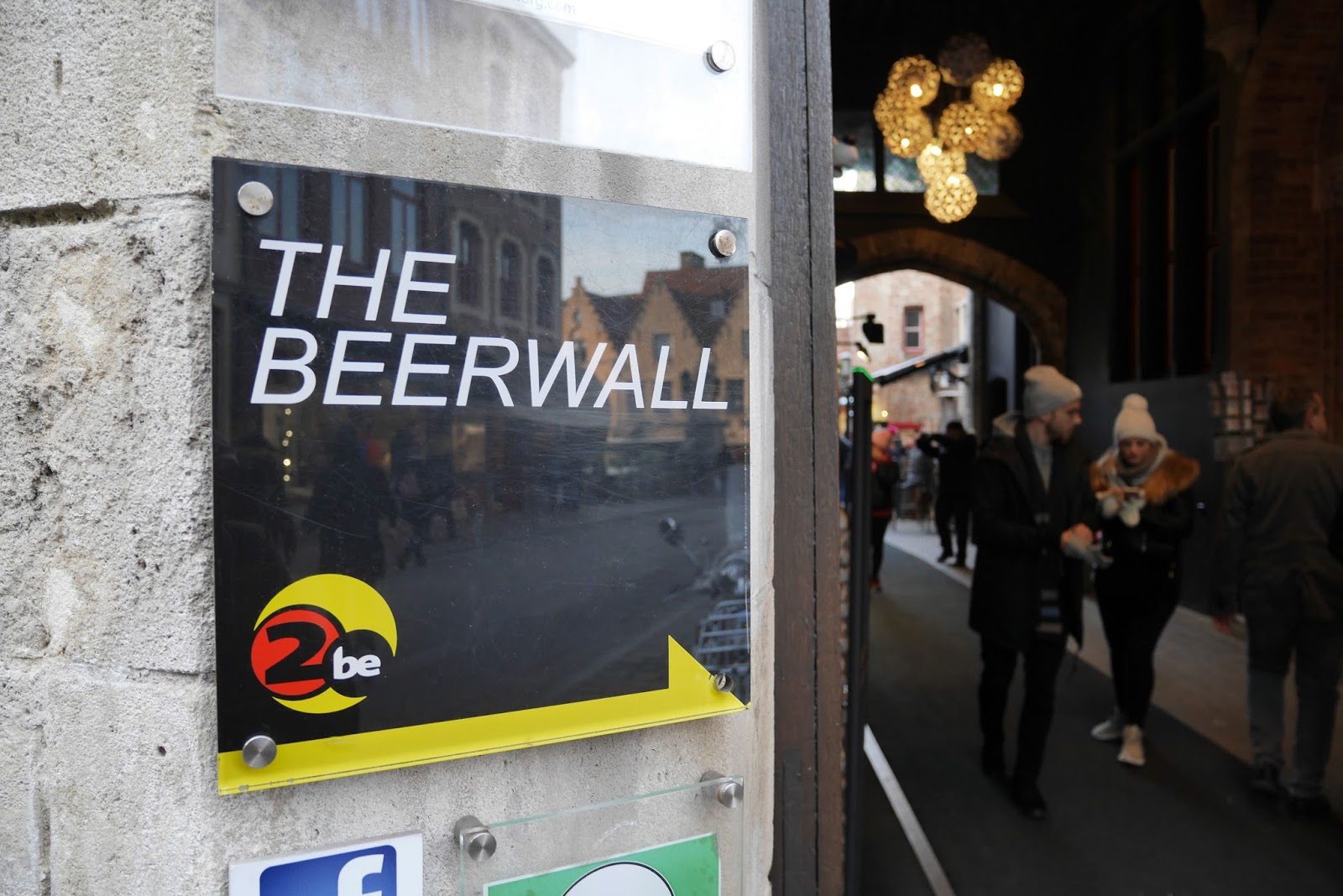 We met up with my parents at the hotel at 6:30pm, so that we could head out for dinner together. It was a bitterly cold evening so we wanted to find a restaurant quickly and luckily Arthie’s Restaurant was only footsteps from the hotel. Arthie’s was such a fun, colourful restaurant that was really popular with both locals and tourists. It’s highly rated on Trip Advisor, so we clearly stumbled across a real gem when we were walking along the city streets. My Mum and I both ordered omelettes, Stuart had the steak and my Dad went for the salmon. We were all very content with our food choices and would highly recommend Arthie’s to anyone visiting Bruges soon. 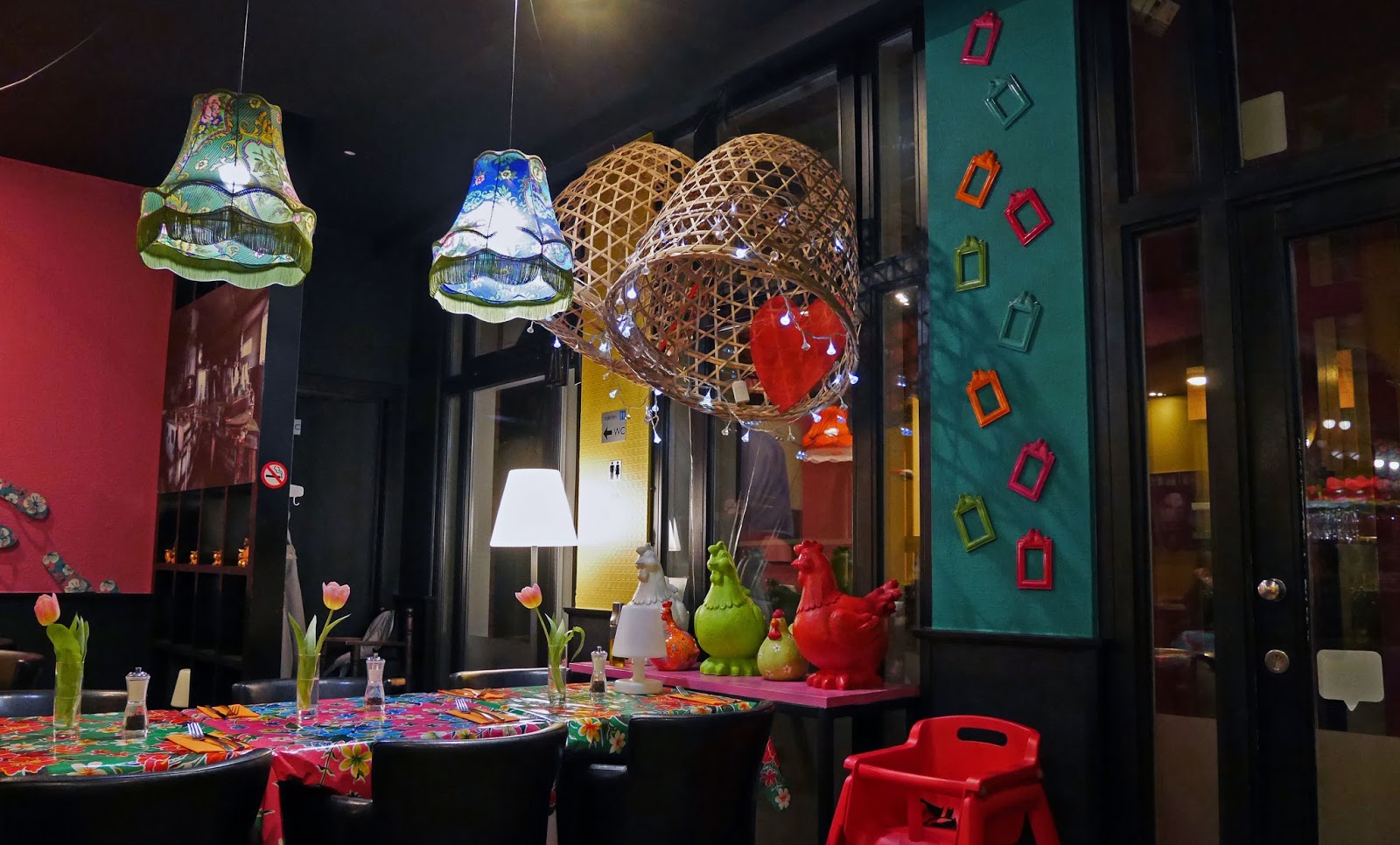 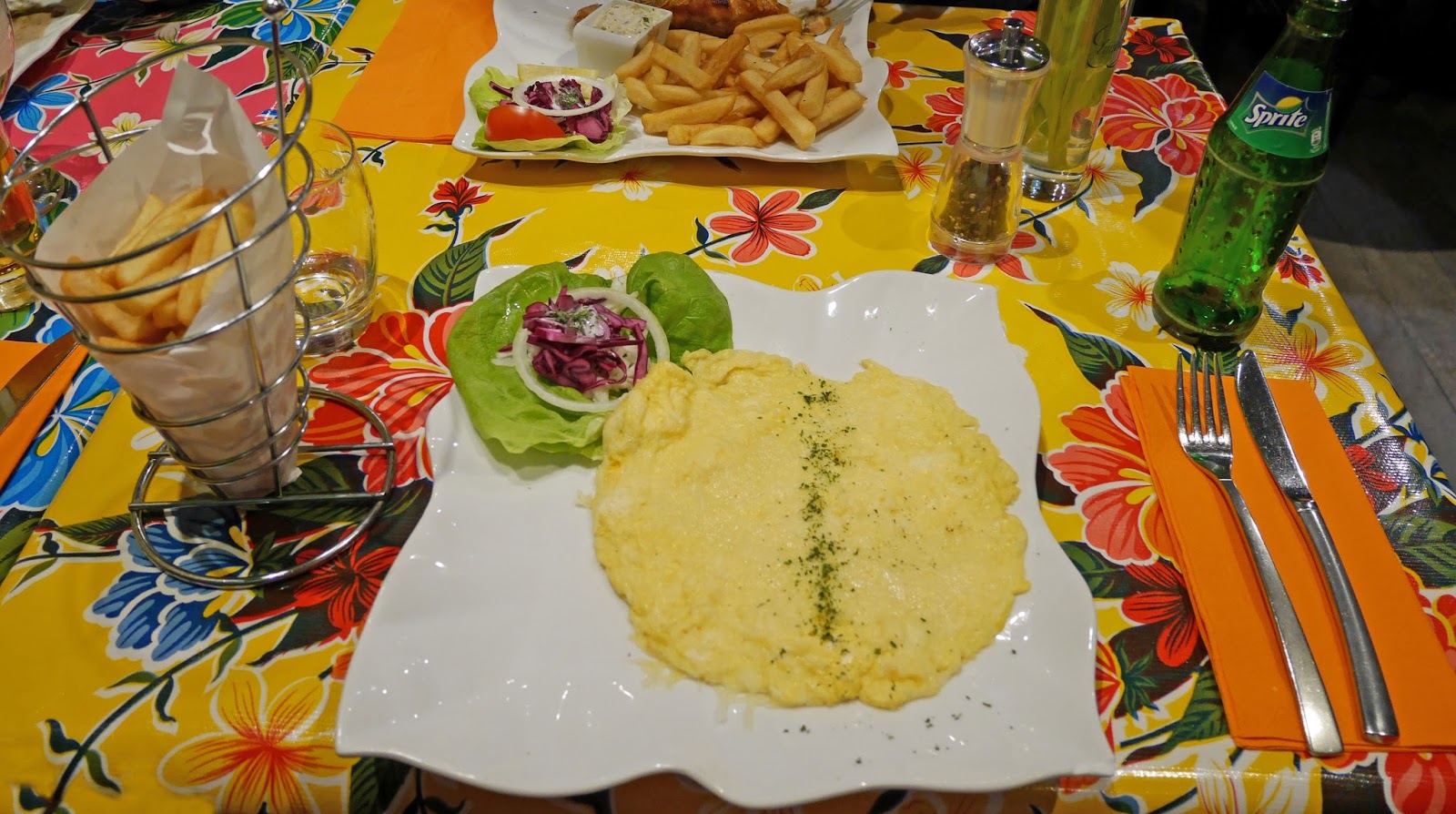 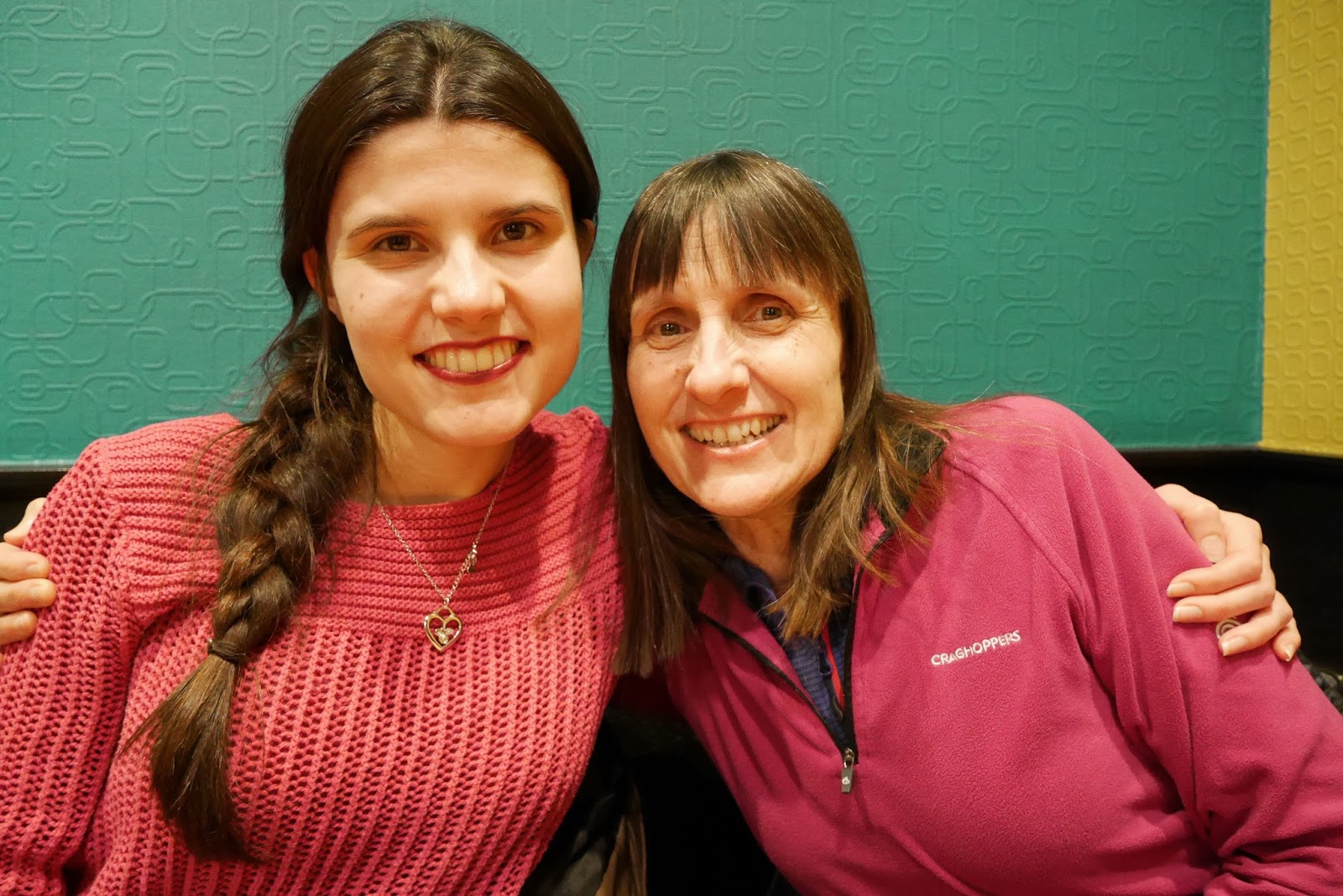 We headed back to the hotel after dinner and had a quick “Happy Hour” drink in the bar, before going to bed. We were all exhausted from a busy day exploring!

On Sunday morning, Stuart and I had breakfast at Le Pain Quotidien: a chain bakery only 5 minutes walk from the hotel. We shared a bread and pastry basket, which was delicious and just what we needed to energise us for another full day of exploring. We went for a brief stroll around the city centre after breakfast, before meeting back up with my parents at the car, so we could leave Bruges and head over the border into the Netherlands to visit the very stereotypically Dutch town of Sluis. 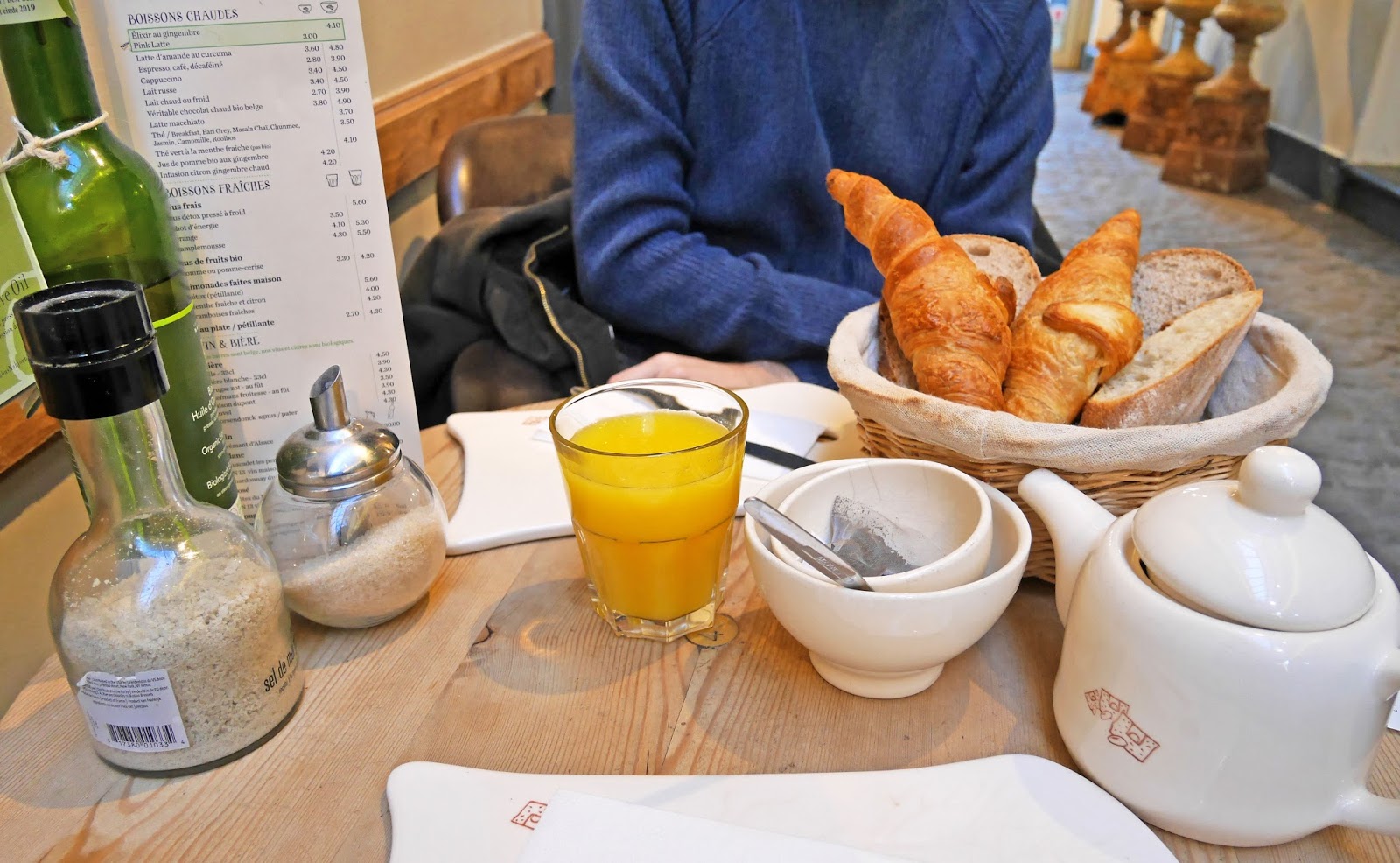 Sluis has a big windmill at it’s centre and it’s full of waterways, which are very Amsterdam-esque. We stopped at the windmill for a cup of tea, as there is a restaurant and tearoom inside.  It was the perfect place to stop, to get out of the cold for an hour or so! We stayed in Sluis for a couple of hours, wandering through the streets of the town and popping in and out of the local independent stores. It’s definitely somewhere that you should visit if you head to Belgium by car: it’s only 30 minutes further on than Bruges. 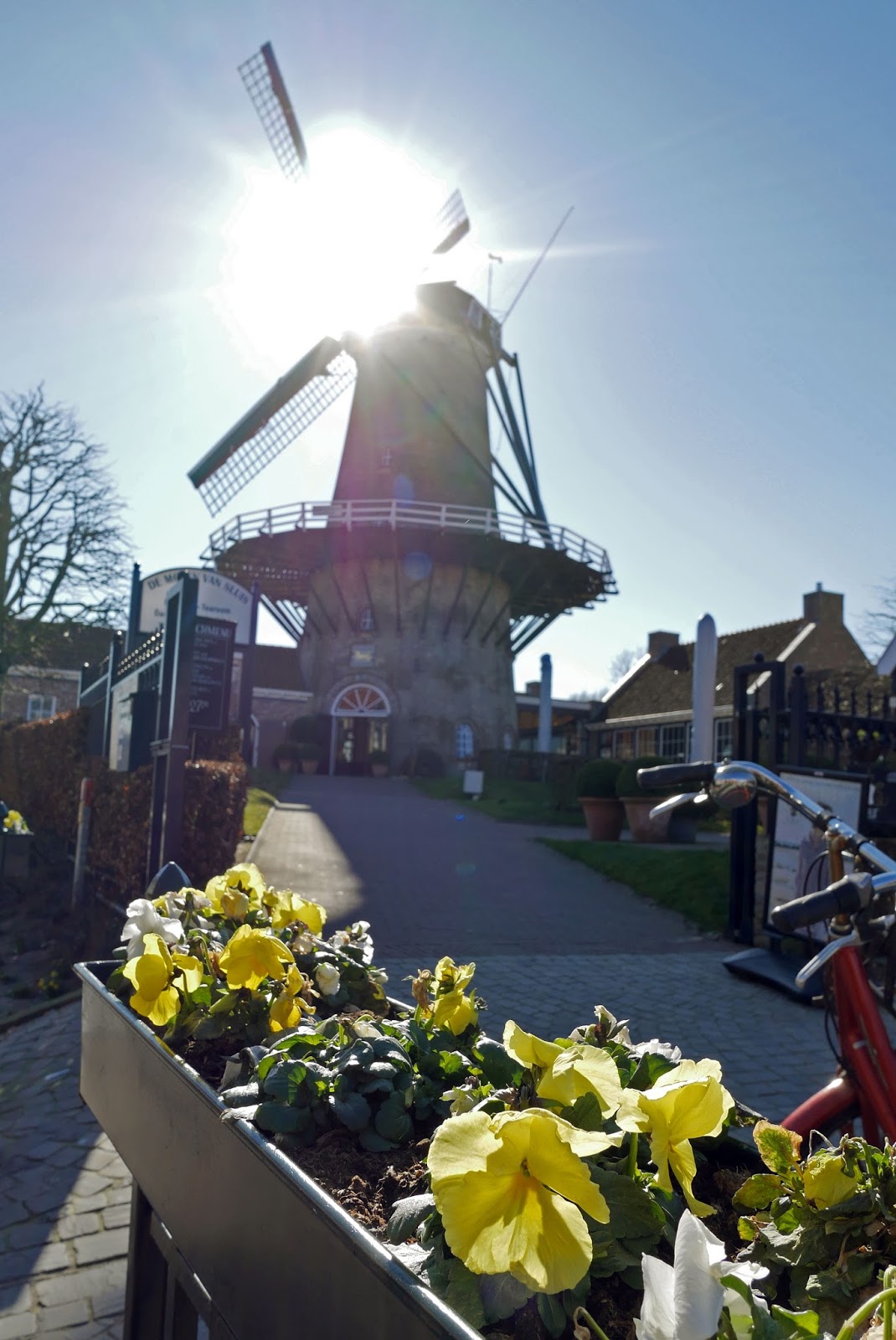 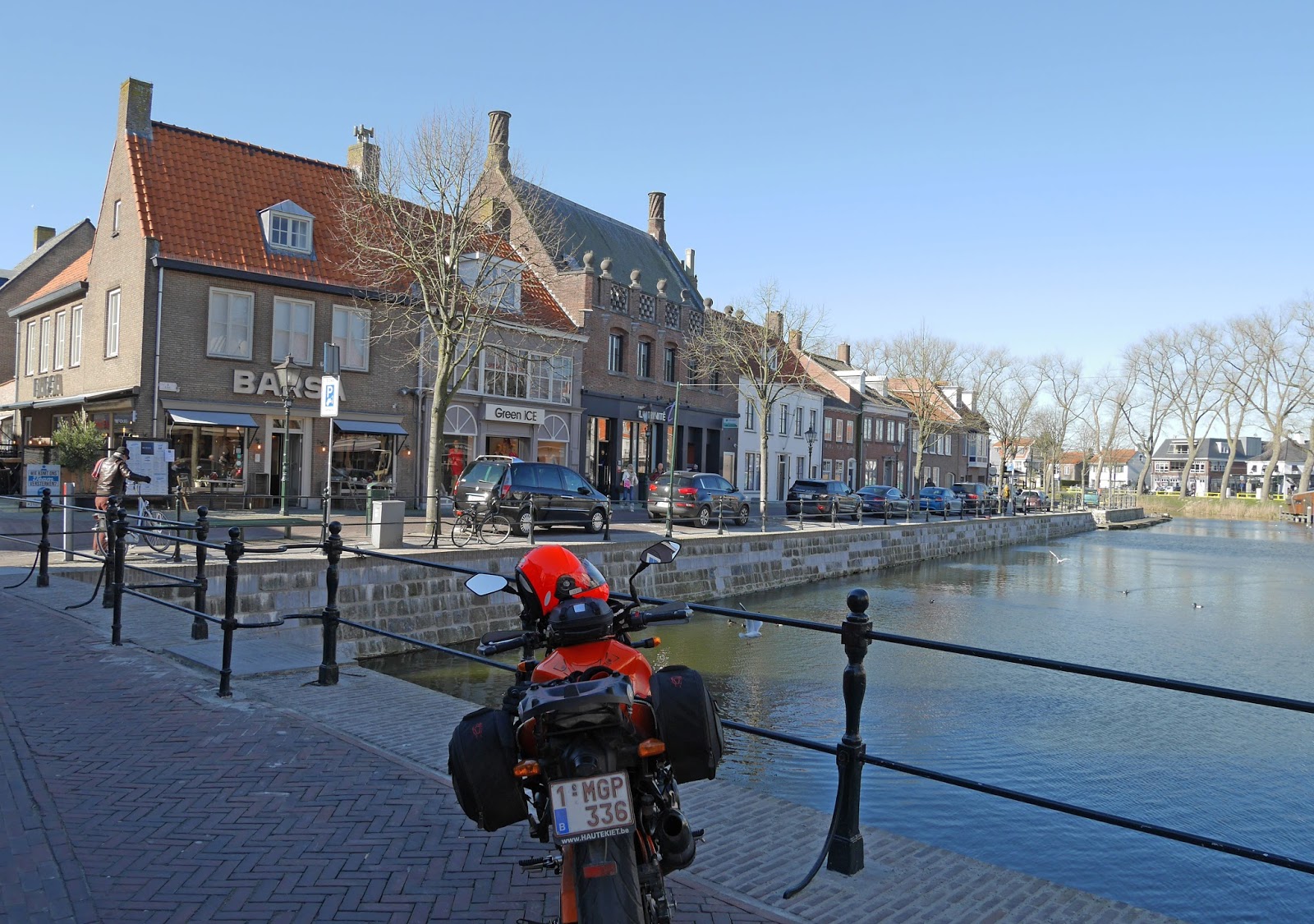 Once we’d left Sluis, it was time to make the journey back to Calais. We stopped at Belgium towns Nieuwpoort and Ostend on the way back, which were both nice, but nothing like Bruges. Ostend is about an hour from Calais, so that was our final stop before we reached the Eurotunnel terminal. 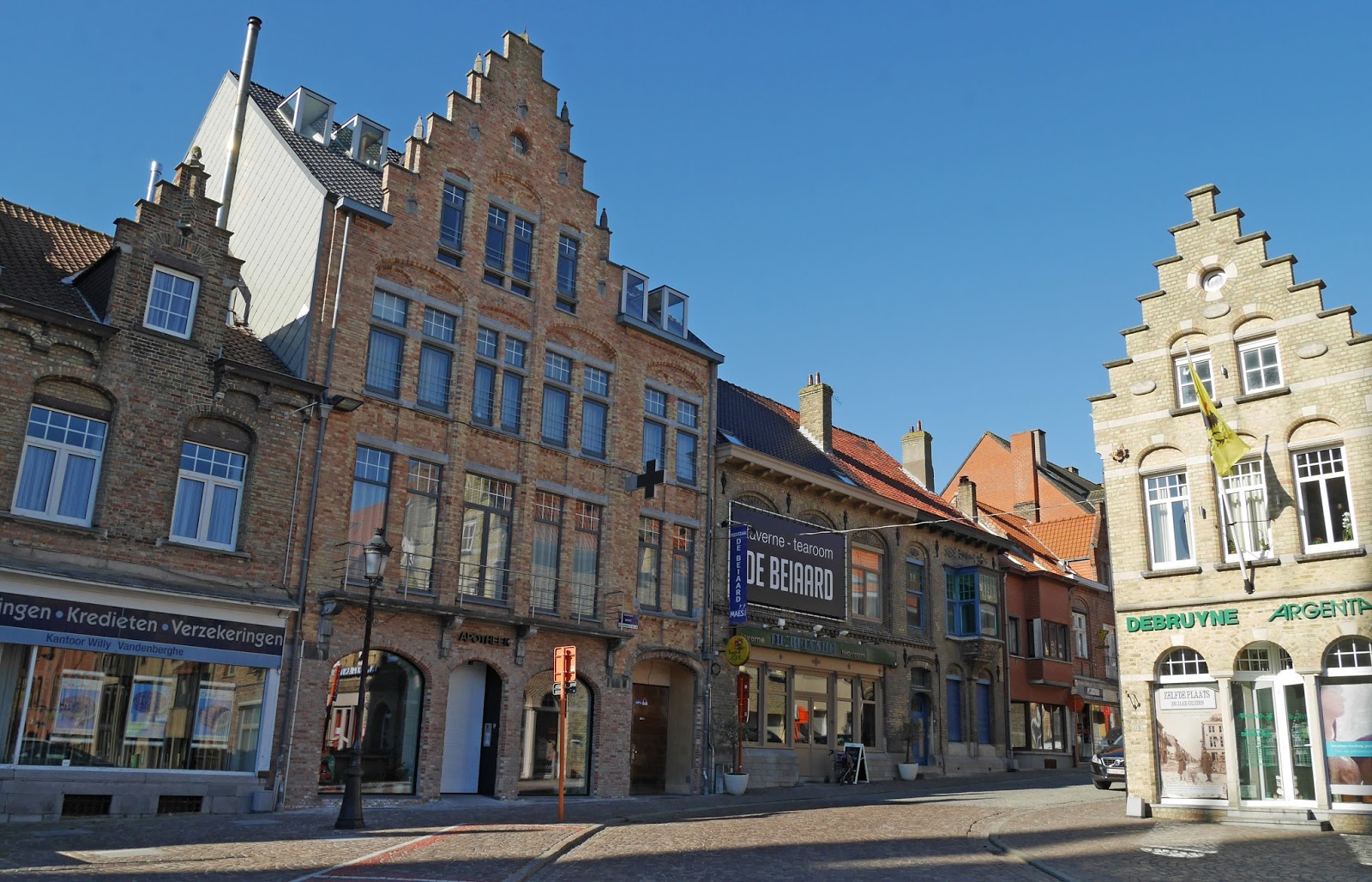 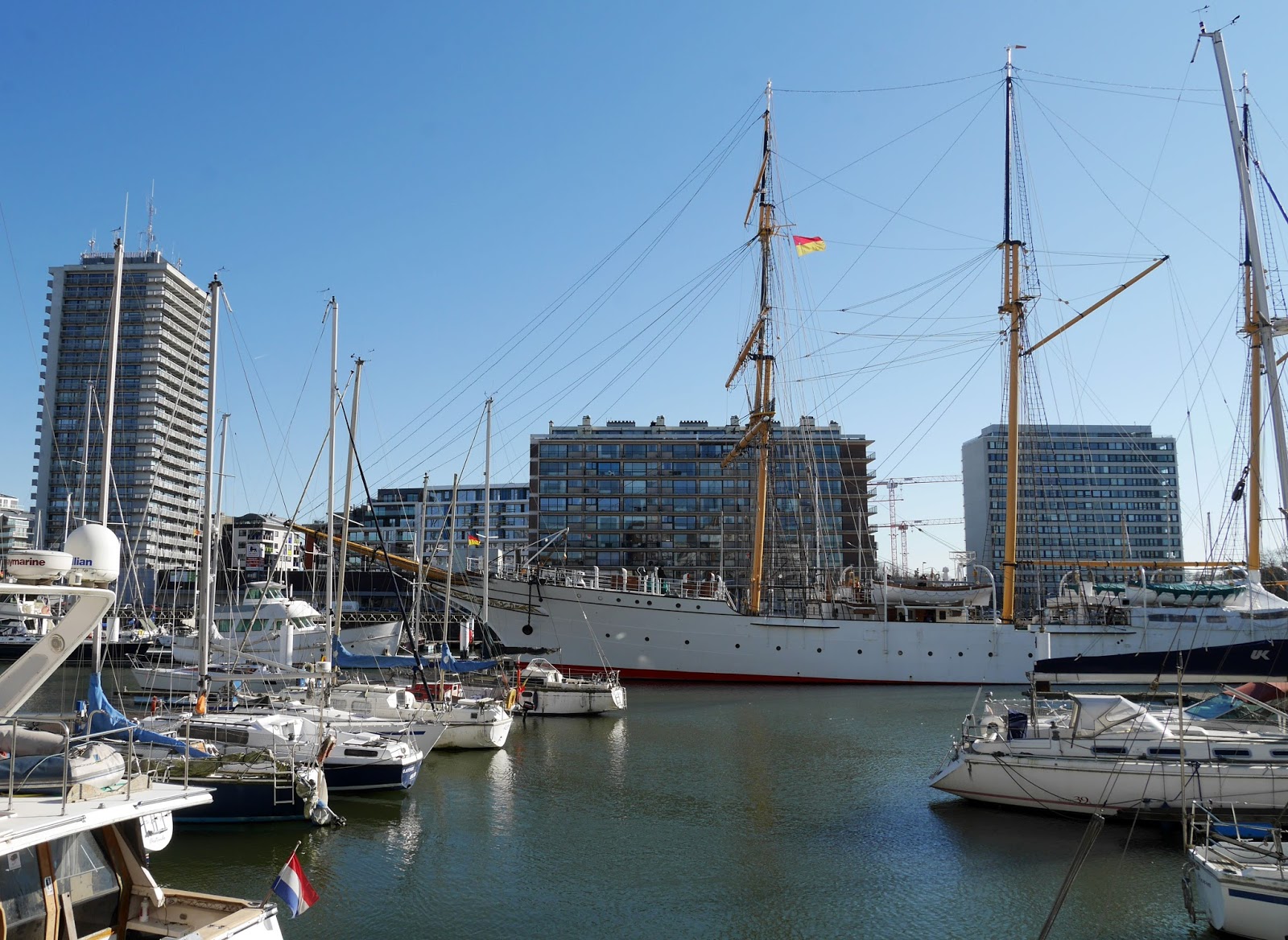 By the time we got back to Canterbury it was 5:30pm, which was such a reasonable time given that we’d had an action-packed weekend visiting 3 different countries. My parents were stars taking us over to Bruges and I hope we get to do another European road trip with them very soon! We had such a great time.

Have you ever been to Bruges? Did you drive over there or did you take the Eurostar?
Thanks for reading my blog today.
Love
Kat
xxxx